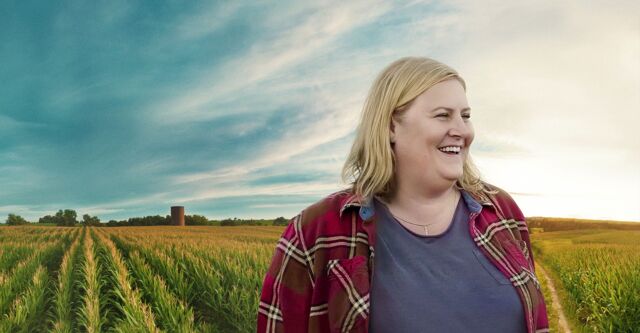 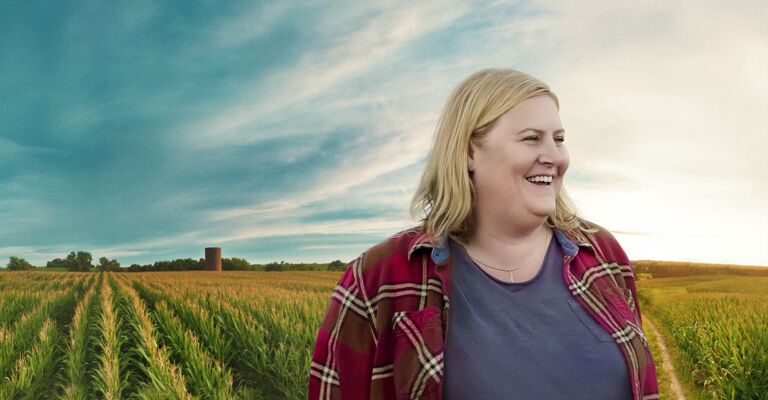 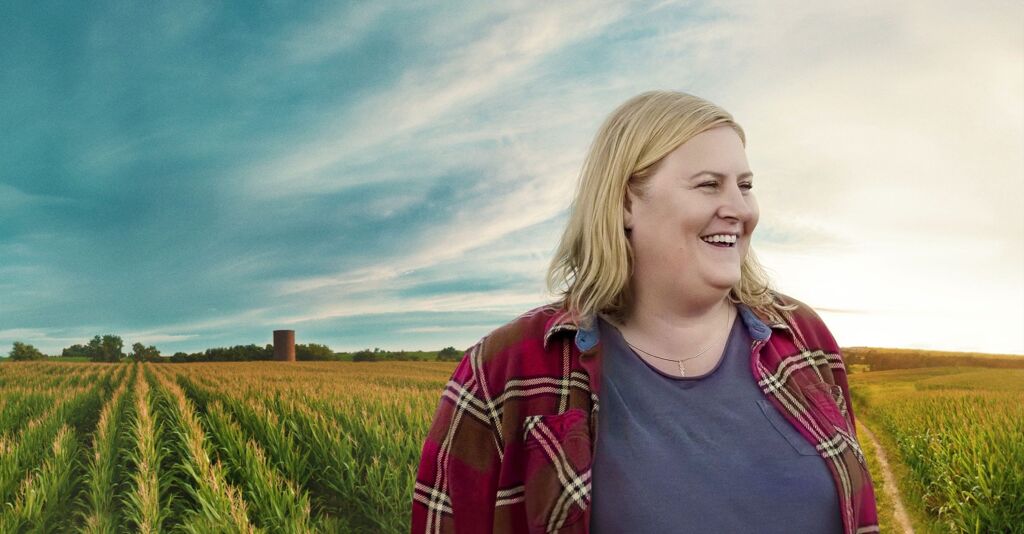 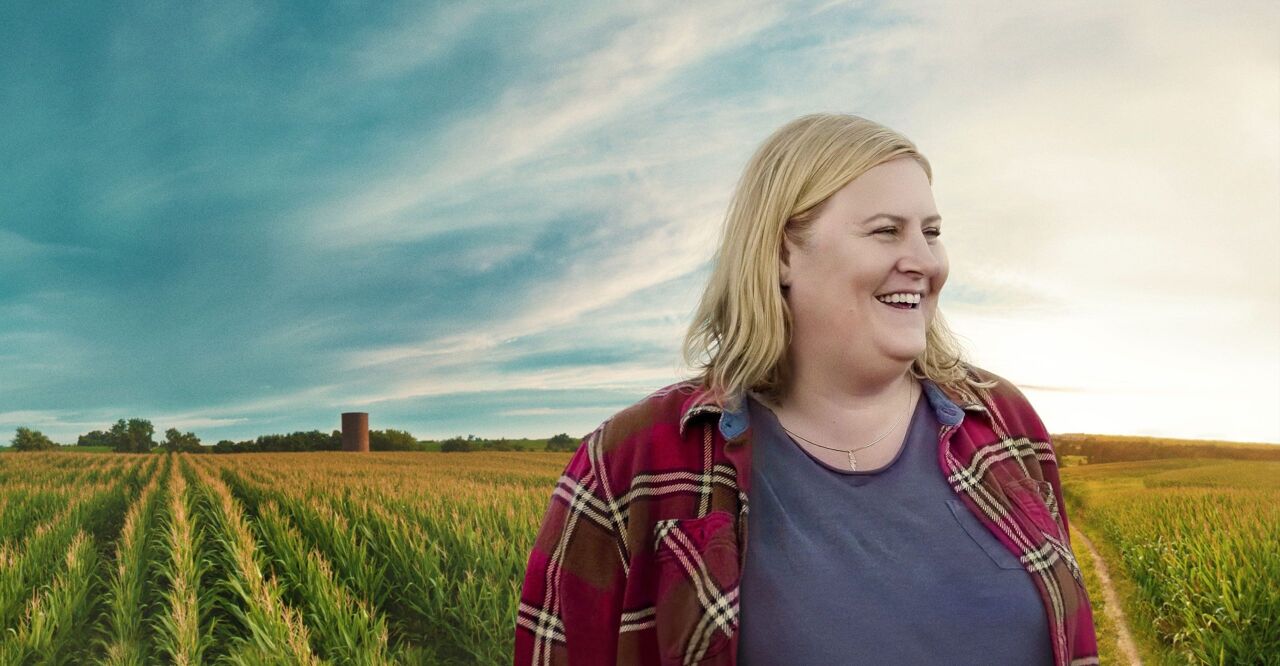 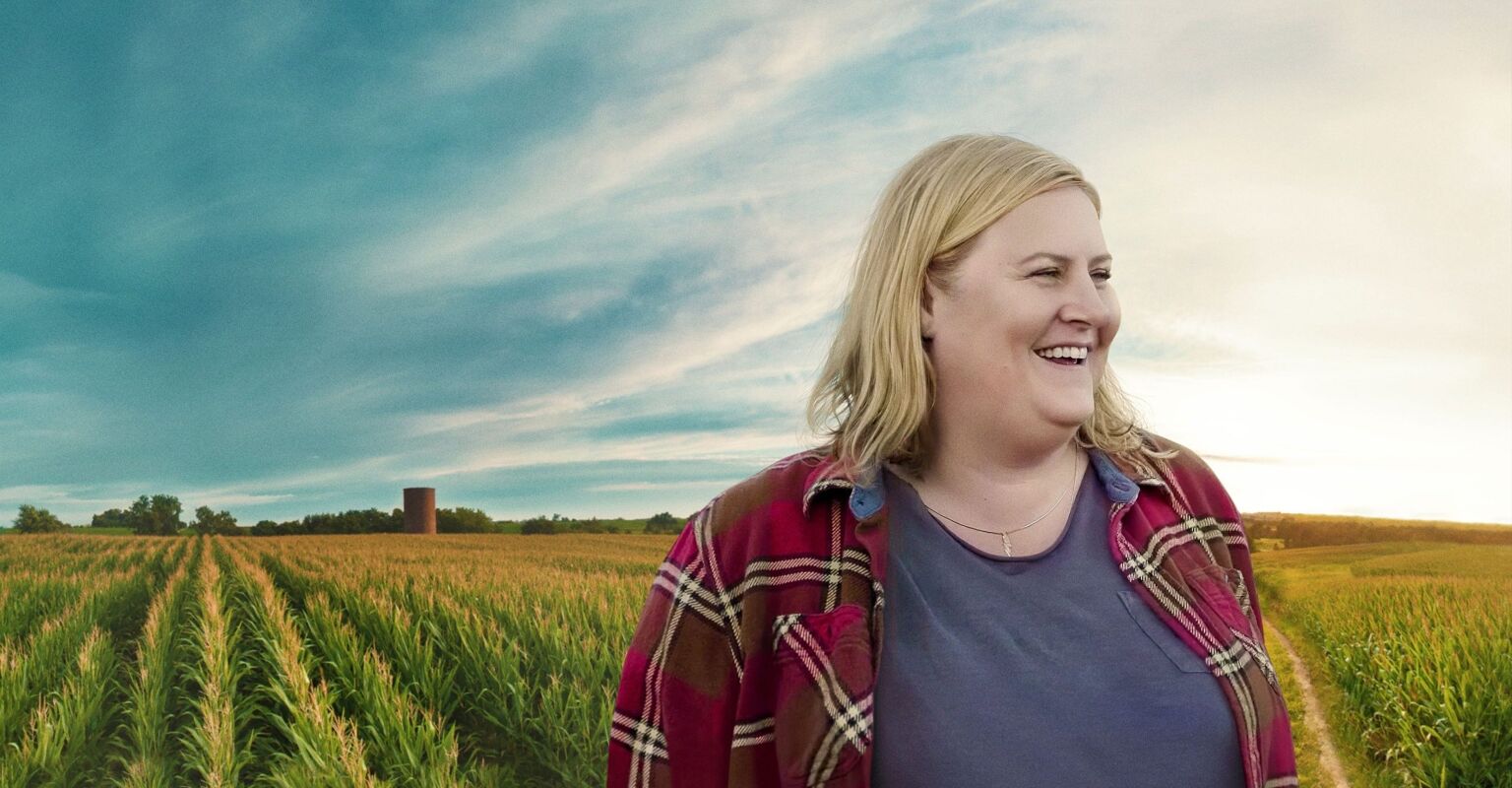 It’s hard to describe a show like “Somebody Somewhere,” comedian and performer Bridget Everett’s first star vehicle for HBO. It’s a reminiscence, a song of the past, a story at once intimate and sweeping set against the backdrop of Manhattan, Kansas’s many bucolic cornfields and within its church basements. And it’s one of the wholeheartedly queerest shows on TV.

If you know Everett from her live performances, her “Somebody” character, Sam, will strike you as strangely muted. But it’s realism that Everett is going for here, and she finds it thanks to a supporting cast of queer icons like comedian Murray Hill and Jeff Hiller, who turn Sam’s small hometown into a hidden treasure trove of accepting spaces, open mics, and queer humor. And it’s about chosen family just as much as it is about the frustrations, hilarity, and heartbreaks found buried inside biological family units. When we meet Sam, her queer sister is dead, her mother is struggling with alcoholism, and her living sister isn’t in a hurry to talk about any of it. Neither is the rest of the family, leading Sam to branch out and find her own community consisting of a broad range of colorful queerdos who, like Sam, are making a home in the midwest.

“Somebody Somewhere,” in addition to being one of the most open-hearted shows on TV, gives us the character of Fred Rococo, a trans soil scientist and nightlife scion so fantastic he could only be brought to life by Murray Hill.

INTO spoke to Bridget Everett about bringing her hometown of Manhattan, Kansas to flamboyant life onscreen.

I’m obsessed. Like I’ve never seen, I’m a trans guy, I’ve never seen a character like Fred Rococo, and the minute I saw him, I was just like, “You know what, this is everything I needed and I didn’t even know I needed it.”

Yeah, Fred-slash-Murray’s time was long overdue, so we’re lucky to have him.

So obviously you are a gay icon. This is, we know this, this has always been true. But it’s also interesting how you’ve included queer people in the show in a way that doesn’t feel like pandering or obnoxious. It’s a deeply queer show that doesn’t feel sort of marketed to us in that obnoxious way.

Paul [Thureen] and Hannah [Bos], our showrunners, pitched me the world of the show, because they actually know me. And one of the first things in their pitch that stuck out to me was, they were like “And Murray Hill will play Fred Rococo.” And I was like “Yes.” And not just for the queer representation, but Murray in real life is one of my closest friends. And I wanted to show a world that actually exists. And Paul and Hannah recognized that, we were on the same page. I would say it’s more organic than pointed.

Obviously it’s autobiographical. But as you said, it’s sort of like, these showrunners created this world. How were you able to make it more personal?

They created the world. And then Paul and Hannah, Carolyn Strauss (one of our other executive producers), me, and then our writer Patty Breen, all five of us got in a room and we did it together. So the themes of our life are very present. You know, the loss of the sister, and the sort of floating through life and finding your community. Because until I got to New York and met people like Murray Hill, I just never really felt like I was home. It’s all part of our collective efforts.

The family stuff, especially the stuff with the sister,  feels just so real. And it’s funny because I found myself sort of watching those scenes where you’re arguing and where she’s being so judgmental and thinking like this, you know, it sort of feels like it’s an argument between like a queer person and their family. But in reality your character is like the ally of this queer person who isn’t there, which is really interesting.

Yeah. And the sister character is different than my living sister, you. But I have heard that expression from more than one person. The “love the sinner hate the sin” thing. Loved ones from home, or people that I’ve met have said that to my friends. And as much of a gut-punch as it was for me to hear that, I can only imagine how my queer friends would have felt.

And the decision to have it be this person has not escaped to a metropolitan area, where they’re sort of like undergoing this life change and getting this confidence, where there’s all this baggage and where they still grew up. Like I thought that was so, and the beautiful sort of like title cards where you’re always looking at like corn, and you’re just looking at Kansas. It’s kind of refreshing and interesting to see, like, this small-ish town with so much queer life in it.

It was beautiful to see like the fact that you know, this, this character who is like a person of faith, and who is using church space to create like, not just a queer space, but like a radically accepting space. There are so many people of faith who are queer, and who do sort of use these community-oriented spaces for good. And we don’t see a lot of that onscreen, which is interesting.

Yeah I agree. I think if it doesn’t exist, it should exist. And it’s, there’s also the complication of how Sam-slash-Bridget feels about religion. So I think to have a queer character who embraces religion is also interesting. And it just, it just happened to be Jeff [Hiller], who plays Joel. He has a faith-based background, and I don’t want to speak to Jeff’s experience, but I just never really thought about that. You know, I never thought about what if you’ve sort of fallen in love with this friend, and they’re like a person of faith. For me, it’s a rocky road.

I think something that’s so interesting and beautiful in the writing, is that you do have these characters like Joel, who was like, “Yeah, it’s, the church can be horrible but it’s also where I found community.” Like, people who are good at sort of creating these divides that is true to life. Like I think it’s there’s a lot of nuance in that. Were you thinking about the ways in which people can be surprising about the decisions they make around acceptance?

Yeah, absolutely. Because I, you know, again, that “Love the sinner, hate the sin” thing is part of real life, like. And like hearing that from a person of faith, in my case two different people of faith, that was like, “What?” That always just blew my mind. And a character like Joel who is, is gay and, and has a working faith with, or working relationship with faith and religion is just as like,…“What?”

But Jeff makes it makes sense. And, you know, and for Joel the character I think Jeff did an incredible job.

And the story about the mother struggling with alcoholism, it’s a really interesting portrayal of how people in families can kind of keep others from getting help within the family structure.

Yeah, you’re all sort of along for the ride and all of a sudden, one year is 10 years is 20 years is 25 years. You know? And like, like the same problems are the same problems. That is true to my experience as someone who grew up in the Midwest. There’s not a lot of therapy and hashing things out things, you just sort of keep on going. In my family, we didn’t grow up in therapy at all. But we would drink and stand around the piano singing, or sit around the dinner table at Thanksgiving and make fun of each other until somebody cried. It was a different kind of communication, but it was communication in its own way.

I feel like there are, there are many families that just sit in silence and keep the bad stuff to themselves. Which, to me, it’s like the opposite of Jewish-slash-metropolitan culture where you’re constantly just yelling at each other all the time.

Yeah, we have to like monitor that.  Like sometimes the conversations would be a little too emotionally adept, if that’s the right usage of that word. Like, I feel like Sam isn’t going to be so clear about how she feels. And as someone who has lived in both Kansas and in New York, my family and I, we know we love each other, but we show it in different ways. It’s all its own language.

And some of the characters in that family are pretty hard to love but you love them anyway, like the sister.

Yeah, I think it’s more interesting to show the different dimensions to people. Like nobody is a, you know, a magical solution. Everybody has their, you know, warts and all.

Well, thank you so much for this. It has been an honor and a pleasure. And the show is beautiful.

Thank you. And tell me again what you said about Fred, because I want to tell Murray he’ll love it.

Oh, just that I aspire to be Fred Rococo in my life. As of now, everything I do I want to be him. Because it’s very, it’s very hard to find, like, examples of older trans men because they pass and we’re also not very well represented.

And I know it’s really exciting to see Murray-slash-Fred get some shine. Because he’s such a big and important part of my life, Murray is. I think that the world needs a little bit of that too.♦

“Somebody, Somewhere” is streaming now on HBO.