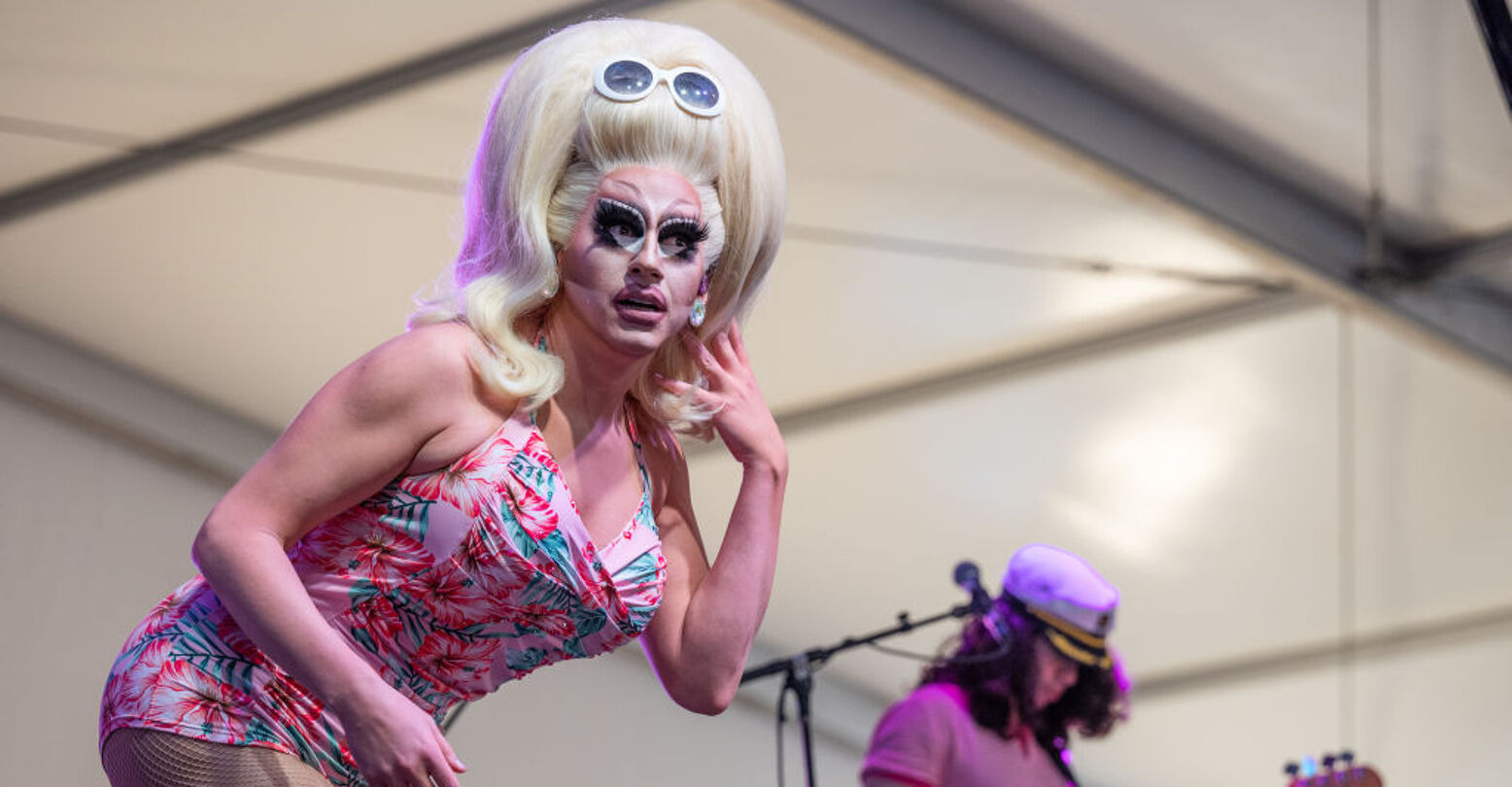 Drag icon Trixie Mattel has built quite the makeup empire with her brand Trixie Cosmetics. It’s so impressive, in fact, that Kylie Jenner has apparently stolen her ideas.

Well, they’d be more adorable if Trixie hadn’t already been using heart-shaped packaging for her own lipsticks for years.

Fans have pointed out that this isn’t Jenner’s first offense. She’s apparently been taking ideas from small queer artists for years with no credit. It’s not easy to prove, but the side-by-sides are mighty suspicious.

The way @KylieJenner has literally never had an original idea or concept and relies on the brilliance of queer people and their ideas to profit off of and pretend they’re her own concepts- it’s actually getting ridiculous at this point. Like girl, try using your brain for once https://t.co/fejnoRFlWG

1) the most recent, her blatantly stealing @TrixieCosmetics packaging. @trixiemattel brand is huge – and anybody worth their two cents working in makeup, knows this is Trixie’s packaging – it’s branded w her unique aesthetic. There’s zero chance @KylieJenner never saw it before pic.twitter.com/eUKL3u8K2n

When she fully copied, almost verbatim, @KimChi_Chic and @adamouhamane photo shoot, to use for her Stormi makeup collection. You can say a lot of people use mirrors In Photoshoots – but not like this, and not this identical. It’s just plagiarism – PERIOD, @KylieJenner pic.twitter.com/kCys1qdYDd

@KylieJenner again stole a photographers work, again, verbatim, directly plagiarizing an artists hard work, to promote to her huge audience who wouldn’t know she stole it. She is truly shameless and doesn’t care about small creators or queer artists, as long as she gets paid pic.twitter.com/dx56o5pQPo

So, how did Trixie respond to being Kylie Cosmetics’ latest victim? With humor, of course. On Twitter, she posted a video with the caption, “​​breaking my silence and addressing the situation.” The video shows Trixie with a tube of her own makeup looking at the new Kylie collection as the X-Files theme plays.

breaking my silence and addressing the situation. pic.twitter.com/jAQRMl7Dut

Will Trixie eventually move from comedy to taking more serious action to protect her brand? Who’s to say. For now, her hilarious takes on the situation are enough to keep fans satisfied.