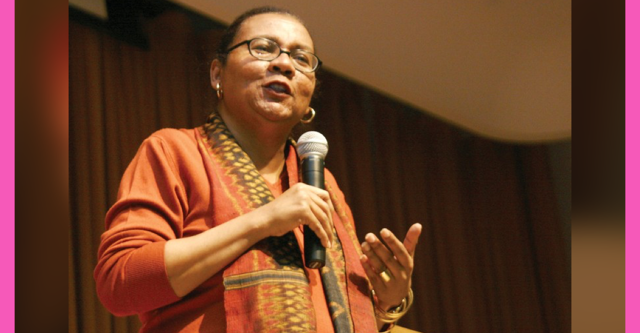 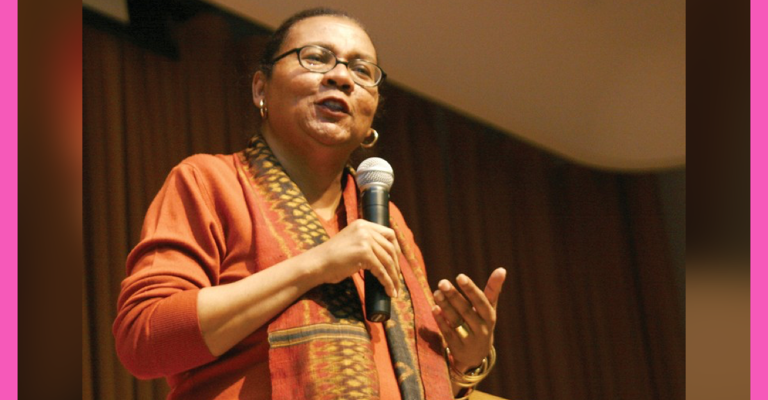 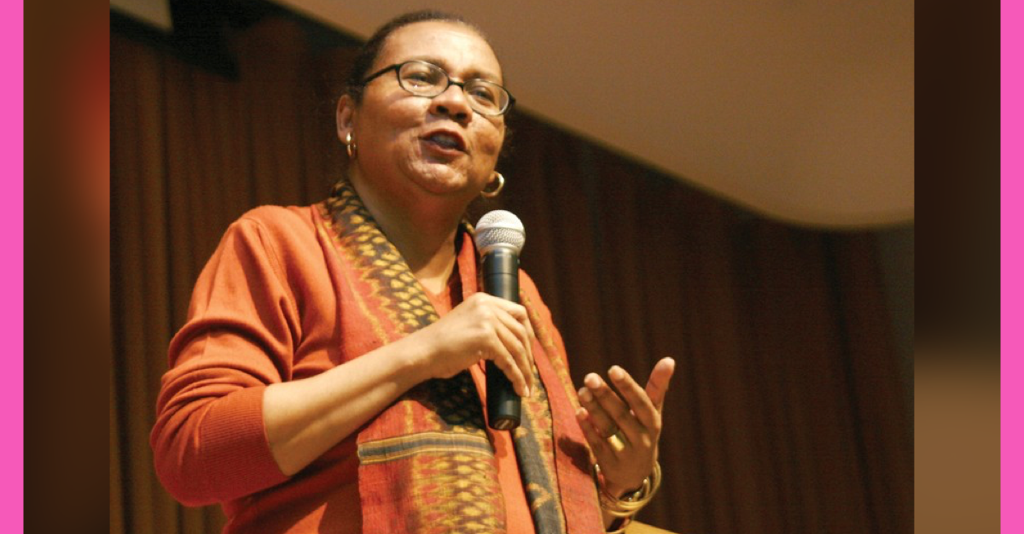 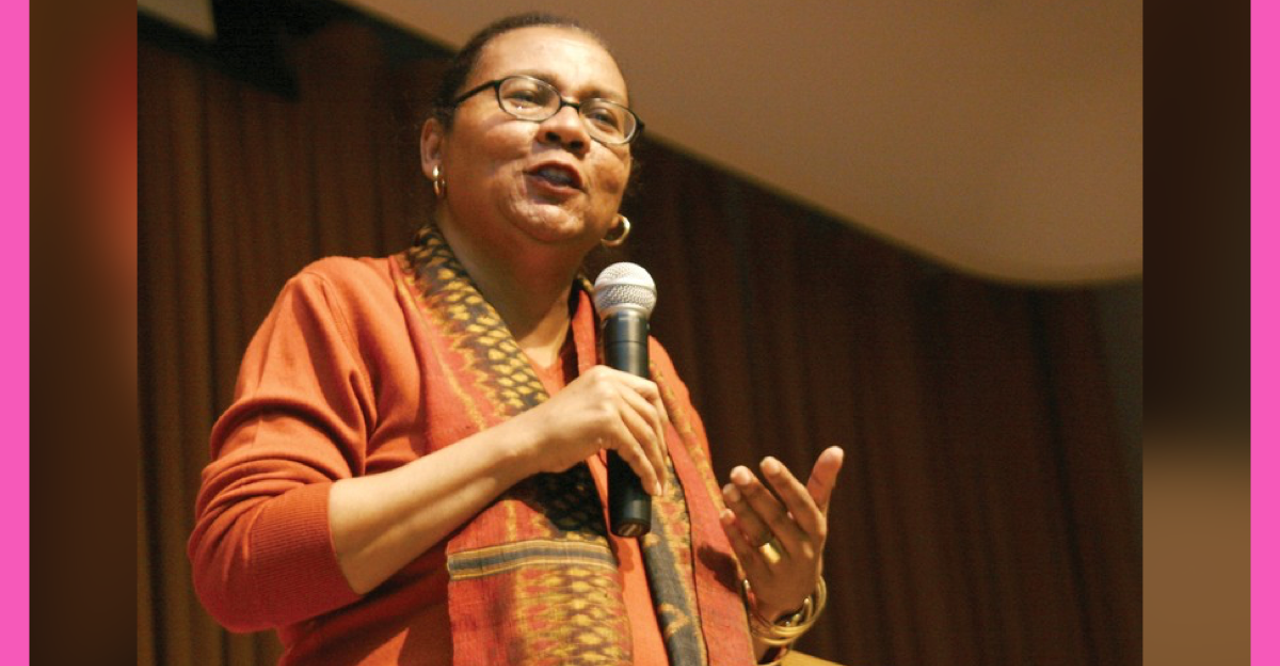 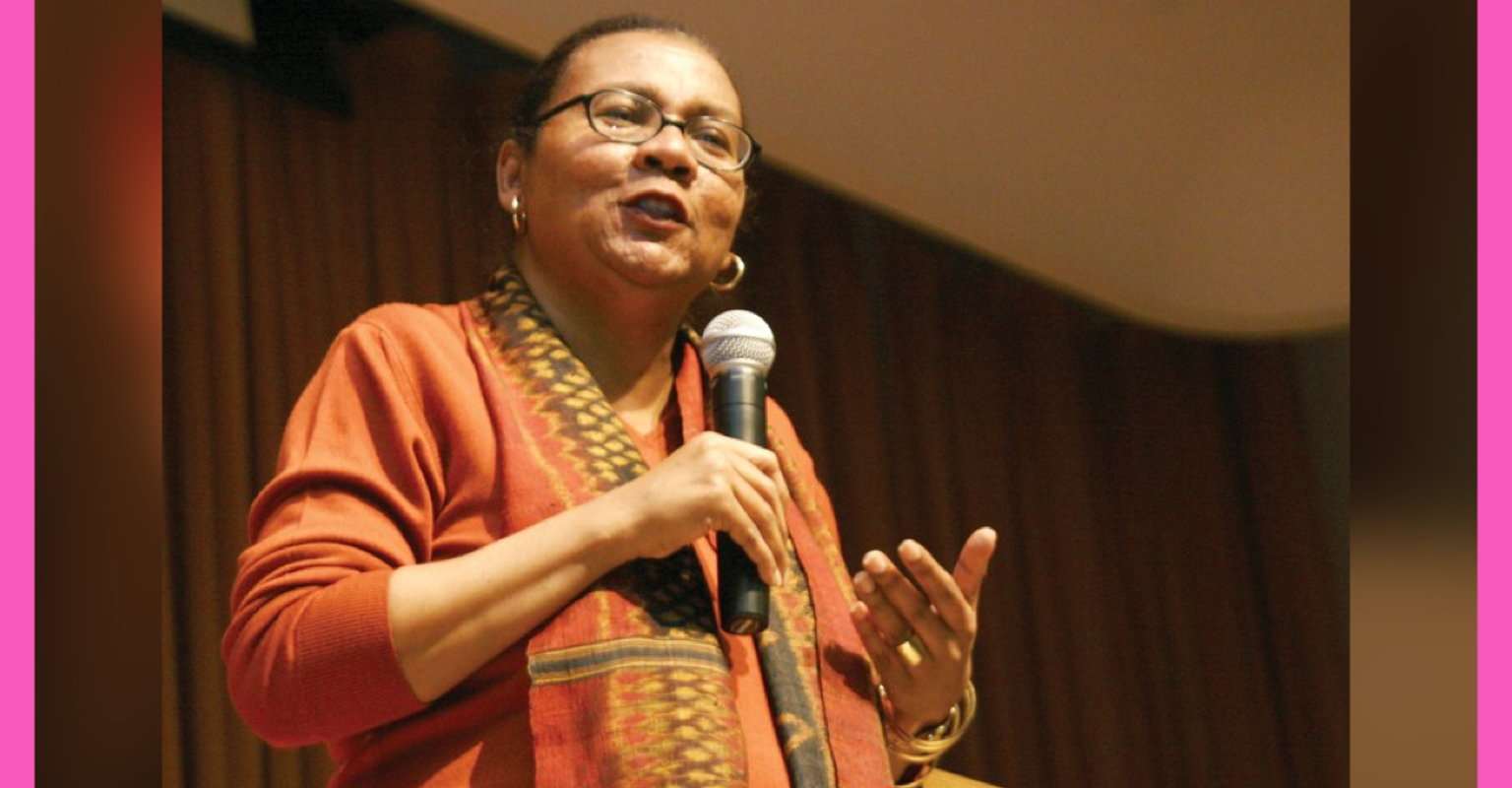 Although much of it is foundational to who I am and what I believe, I won’t pretend to have the most advanced knowledge of bell hooks’ work and theories. She has published dozens of books and essays, taught hundreds of students, and challenged countless more.

But when news broke that hooks passed away today, so many around the country began mourning her. Many began praising, resharing, and quoting her and her work; that is to be expected, of course, but many did so in the context that the world had “lost” hooks’ theory. It’s a fitting juxtaposition, though, considering hooks maintained her entire name in the lower case for, among other reasons, point to the importance of “the substance… not who I am,” as she said in 2013.

hooks proved to be radical, yet loving, in every part of her life: being an out lesbian, rejecting individualism, defining feminism in a way that did not center whiteness or the gender binary, recognizing that through late-stage capitalism, “to be oppressed means to be deprived of your ability to choose.” She proved to be right about all of it, then, now, and light years beyond. I would hope to recognize the end of her time in this Earthly life with us with just as much radical love.

One moment in history that hooks caused came to mind today. In 2002, hooks was invited to give a commencement speech at Southwestern University. In short, graduation and commencement ceremonies are supposed to be occasions for people to “unify,” “come together,” and “celebrate,” among other joyous notions we’re taught to accept.

In perfect bell hooks fashion, she disregarded all of that, and used the occasion to share the truth. Before a Texas audience in a post 9/11 time, that did not go over well.

“Instead of a joyous occasion, the audience was insulted and called names,” Jean Kilker whined in the Austin Chronicle after. Most unironically of all, Kilker wrote in her letter to the editor that “If they don’t die, for a while anyway, some of those grads might be in a position to provide financial support, but I don’t think many will remember the school fondly since they were also labeled capitalists and imperialists.”

I don’t think anything more adeptly depicts how committed to her work and fighting oppression hooks was than this. She took something that we’ve been conditioned to accept uncritically and, in simple fashion, wrecked it with nothing but truthful words.

Rather than celebrating as young adults were inducted into a life of endowment to institutions of structural power, and set to begin a life of servitude to debtors and employers, hooks called the process out for what it is: “indulging in the basic violence of self-betrayal — going along to get along, going along with the crowd, conforming.” As religion and philosophy professor Peter Gottschalk said at the time, “Appropriateness comes from a notion of expectation, and I think… they felt personally attacked when it was the larger society and more specifically the dominant elements of society that were being critiqued.”

Maybe that’s why I feel strange thinking that we “lost” hooks with her passing. Of course, it is sad that she is no longer with us, and she is worth celebrating, as much as she removed herself from the cult of personality that has engulfed every other theorist or author of her stature.

Rather, though, I feel that the real loss is the state of the world as it is at the time she left us: more than ever, we are indulging basic self-betrayal in the hopes of getting on. I can’t imagine seeing all the things hooks did in her 69 years of life and feeling like enough was done. But, that’s the reality of radicalism that many are not often accustomed to admitting: much of what we’re fighting for won’t come to fruition during our lifetimes.

It is sad that she is no longer with us, and she is worth celebrating, as much as she removed herself from the cult of personality that has engulfed every other theorist or author of her stature.

Still, by imagining the unimaginable when she wrote books such as Ain’t I A Woman? Black Women and Feminism in 1981, or worked on films such as Black Is… Black Ain’t (1994) or Give A Damn Again (1995), I appreciate how much she did help us accomplish. There are bearable parts of our present world, in part because of her.

The one quote that stuck out the most — both to me, but also hooks’ biggest opponents — from that speech? “The radical, dissident voices among you have learned here … how to form communities of resistance that have helped you find your way in the midst of life-threatening conservatism, loneliness, and the powerful forces of everyday fascism which use the politics of exclusion and ostracism to maintain the status quo.

“Every terrorist regime in the world uses isolation to break people’s spirits.”

I don’t know where Jean Kilker is today, although there is someone with the same name, from the same town in Arizona, that’s a public school teacher — according to LinkedIn, anyway. Fittingly, she may still be as offended and aghast by hooks’ cutting truths as she was back in 2002. Or, remarkably, she may have realized the errors of her beliefs somewhere along the way.

More likely, though, she’s someone who is unapologetically American, loves much of society at present, and even thinks she’s done something to further improve this nation. She likely enjoys the benefits of many of the principles hooks fought for — as a woman, as a Black woman, as an educator, as a radical in America — while still oppressing or objecting to hooks and people like her.

Like many others, she’s likely the living embodiment of what hooks spent much of her life identifying and calling out, and was, in turn, hated for doing so.

During that speech that Kilker objected to so much, hooks said that “every imperialist, white supremacist, capitalist, patriarchal nation on the planet” wants its people “to care more for tomorrow than today.” She told the students to “critically review” their lives to that point so they could “realize the essential goodness of your being.”

That remains as true, if not more, today than when she said it back in 2002, while the westernized world was proudly sending its power and destruction to the Middle East — taking millions of lives — without allowing a second of critical thought in opposition.

The funny thing is, while there were uproars after her speech, and people claimed she was booed and admonished for her words during the commencement, the students themselves thanked hooks for saying it. In fact, reports revealed that “several graduates passed over the provost to shake her hand or give her a hug.” It was only after seeing the effect of her words that there was backlash.

There are bearable parts of our present world because of her.

Most of all? A fact check revealed that hooks never actually called the audience any of the things Kilker accused her of calling them, such as “white supremacists.” It was simply a distortion of reality, a rewriting of history that remains overwhelming today; you can still see the bigoted responses to this one alleged speech spread out online today.

As usual, history repeats itself. Democracy is being openly defied by a former president and nearly half the country; the country is reactionarily indemnifying police brutality and mass incarceration, just because of a few protests that dared to challenge centuries of oppression; and the anti-Black (or, as they’re calling it now, anti-“woke” or anti-“critical race theory”) rallying around America; we’re going along with the status quo of oppression, just as humans have for ages, in the name of getting by.

hooks’ death, like that of many revolutionaries of our times, will undoubtedly be used to rally us into “unifying” together so we can “celebrate” her and “remember” the things she did. I can’t help but think that hooks herself wouldn’t think that’s the appropriate response, given the situation we find ourselves in.

I won’t tell any one person not to mourn her loss or recognize her contributions to their lives, and I’m not saying we shouldn’t, but sadness just doesn’t feel like what we need. Not right now. I think the last thing we need is to “lose” bell hooks right now. Maybe we need to regain her theories. Maybe we should be trying to give a damn again. Maybe we should reevaluate the society and country — the oppression and destruction — we’ve gone along with, and wonder why we’re not doing enough to put an end to it.

Maybe, rather than cable news remembrances or obits in legacy media or lovely statements from rich people and government officials, the appropriate response would be to recommit to the imagined world she fought for.

Because, while hooks is no longer with us, countless other people — imagining a similar radical life where we’re all free and loving one another — still are. Until white supremacy, capitalism, and oppression takes theirs too soon, too. Unless we imagine otherwise.

“I want my work to be about healing,” she said in 2018. So let’s heal this world by remembering that despite everything working against it, love and change is possible. Don’t maintain the status quo anymore, wherever you go, however much you can.♦ 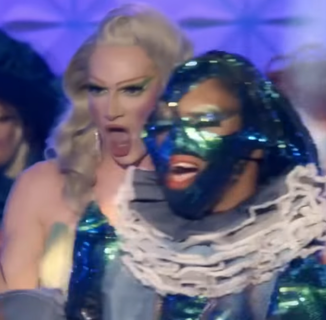 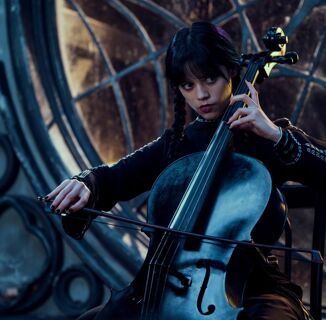 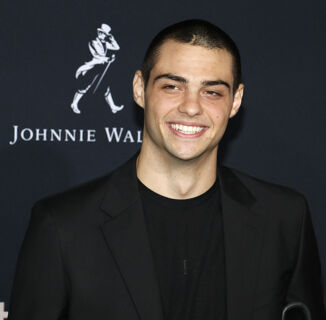