HIV three little letters, but a lot of misinformation. And, unfortunately, when it comes to HIV, misinformation is what fuels the virus. As Tuesday is National Gay Men’s HIV/AIDS Awareness Day, INTO thought it best to put out a few facts about HIV that everyone should know.

1. There’s a growing consensus that being undetectable means an HIV-positive person can’t transmit the virus.

OK, I’ll back up for a minute. Let’s start with being undetectable. When an HIV-positive person has an undetectable viral load, it means that their HIV medication has successfully lowered the amount of HIV in their body to a negligible amount.

A growing medical consensus is now telling it as it is: being undetectable means that the virus is untransmittable. They’ve even got a cute name for it: the U = U campaign. Even Dr. Anthony Fauci, one of the world’s preeminent virologists, said so at a speech at the 2017 United States Conference on AIDS.

2. HIV is not an illness of personal responsibility.

Unfortunately, most people still think that acquiring HIV means that person did something wrong. But, that’s just not the truth. More and more science shows that the highest rates of HIV happen in severely marginalized and disenfranchised communities, especially poor people and people of color.

Look no further than the newspaper to see that HIV has little to do with personal responsibility. Earlier in 2017, Linda Villarosa’s piece, “America’s Hidden HIV Epidemic” plumbed the myriad reasons black gay men in America have some of the highest rates of HIV in the world. And just a few years ago, current vice president Mike Pence was governor of Indiana and fumbling a giant HIV outbreak there that began because defunding Planned Parenthood also closed down southeast Indiana’s only HIV testing center.

3. People living with HIV are subject to some extremely unfair laws.

HIV criminalization laws exist in dozens of states. While they purport to protect people from the spread of HIV, what they actually do is criminalize people living with HIV for existing. To be charged under these laws, the person does not have to transmit HIV and that’s often not the case. These laws are bad science, and community members and scientists alike have begun to call for their repeal.

Iowa was the first state to repeal its HIV criminalization statutes, and other states are working on some kind of repeal. While not a full repeal, California recently voted to reduce the charges for transmitting HIV knowingly from a felony to a misdemeanor to have the punishment fall in line with other misdemeanor communicable diseases, like hepatitis.

4. There are more ways to prevent HIV than ever before.

Being afraid of getting HIV is natural. Too much of the public health messaging around HIV has been based in fear, so it’s no surprise that most people are extremely afraid of getting it. But, there has never been a time since the onset of the AIDS epidemic with more ways to prevent HIV.

This infographic from HIV/AIDS news site TheBody.com lays it all out. If you want to continue to use condoms, do so! If you want to use PrEP, that’s also an option. And, if the person you’re sleeping with is undetectable, that is its own form of prevention. Peep the other kinds in the infographic below. 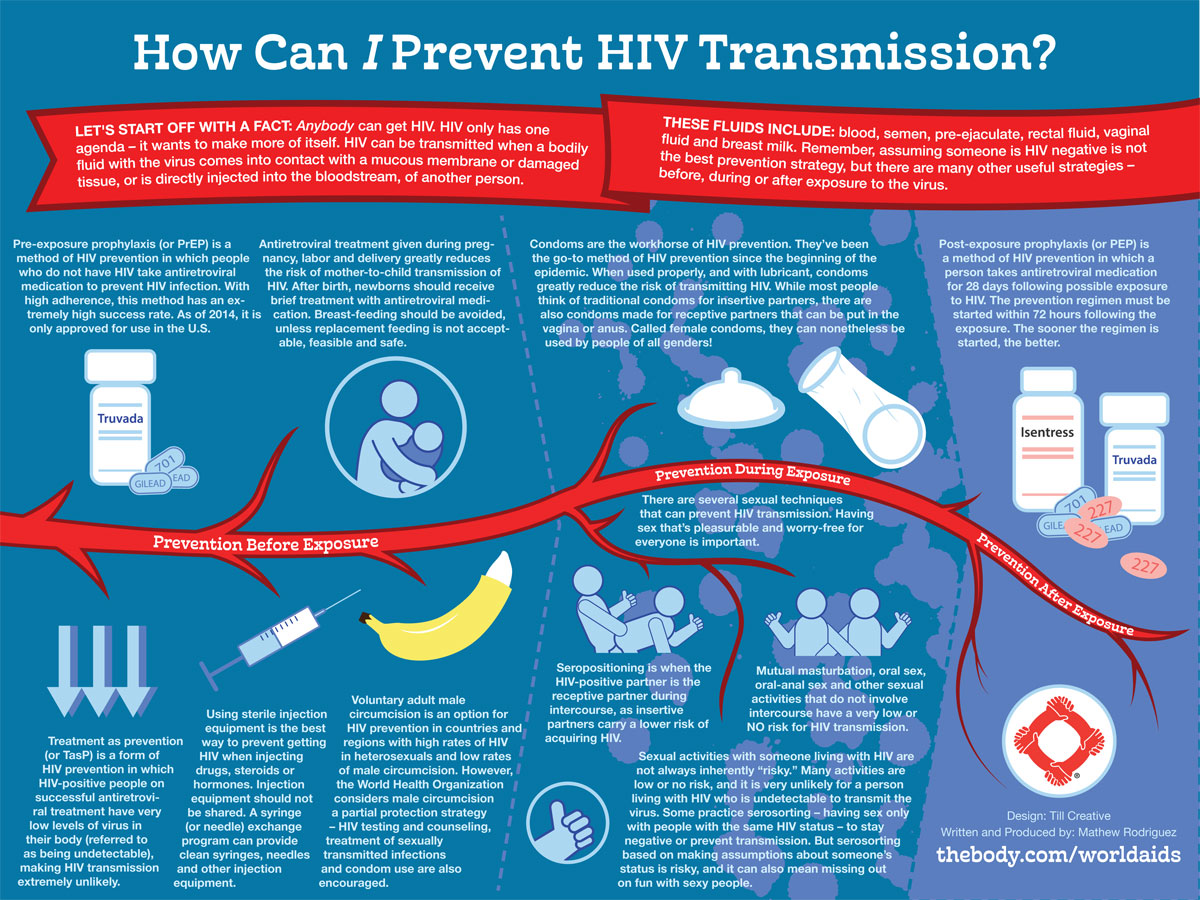 5. HIV stigma is still too rampant.

HIV stigma, or unfair and unfounded attitudes towards people with HIV, is perhaps the worst killer in the HIV/AIDS epidemic. For presumed HIV-negative people, stigma prevents them from talking about HIV or getting tested and knowing their status. And for HIV-positive people, stigma can be deadly. Aside from putting them at risk for intimate partner violence, stigma means that they may not be able to access adequate health care or they might lose housing due to loss of family support.

And hell, in Trump’s America, being marginalized already makes people feel unsafe. Because HIV affects those who are already marginalized queer, trans, people of color that means many of those people will ultimately deal with another layer of stigma.