Since this story was originally published, Bruno Lozano was elected with 62 percent of the vote, as theDel Rio News-Heraldreports. The title has been updated to reflect his landslide victory.

The next mayor of a Texas border town just might be a proud, openly gay man in heels.

Bruno Lozano, known as “Ralphy” to friends, is challenging incumbent Robert Garza in Del Rio’s May 5 electoral race. The two candidates couldn’t be more different. Although Garza has only served in office since 2014, he has been involved in Texas politics since the 1980s. He previously served as a city attorney and a councilman.

Although Guzman tells INTO over the phone that the current mayor “has a lot of history and perspective on the city,” he approaches his job like an attorney. Thus, city council meetings are typically run “like arguments in a courtroom than necessarily a group of people coming together to solve a problem.”

In contrast, Lozano is a former security forces patrolman in the U.S. military and first-time politician. If elected, the 35-year-old would be the city’s first openly gay official, as well as the youngest person to ever hold the title of mayor.

Over the phone, Lozano tells INTO his platform is “about unifying the city.”

“I’ve gained a huge following ever since I put my name in the hat,” he claims. “The Baby Boomers have been running the government over the last 20 to 30 years. Del Rio needs investment and infrastructure, flood prevention, and then they also need economic growth.”

His candidacy was fueled by a demand for change, he says. Although Lozano was born in Del Rio and has long been active in the city of 40,000 people, he didn’t consider running until his 15-year high school reunion in 2016.

The occasion was a unique one. Customarily, alumni meet for 10- and 20-year reunions, but Lozano thought it would be fun to throw a quinceañera-inspired gathering as a nod to the city’s deep roots in Tejano culture. Quinceañeras are a Latinx tradition in which a party is held on a young woman’s 15th birthday to symbolize her transition to womanhood.

That evening was a coming-of-age for Lozano as well, in which his former classmates “planted the seed” of his historic run.

They impressed that his town needs him. While the Del Rio’s Laughlin Air Force Base has long provided steady employment for the city, job growth outside the government sector has stagnated for yearseven while neighboring Eagle Pass is comparatively booming. As the economy continues to flatline, many locals feel disconnected from city government and resentful of the current leadership.

“My classmates really believed in what I stand for and who I am,” Lozano says.

Lozano, who is well-known in the town for his efforts to clean up local waterways, says Del Rio has the potential to be a positive example for America’s Latino population under the Trump presidency.

When Lozano was very young, retirees would travel to the city from places like Minnesota, North Dakota, and South Dakota to escape the bitter winters of the northern U.S.bringing with them disposable income. But the hotels, once packed with what the locals refer to “snowbirds,” now stand largely empty.

The mayoral hopeful says there’s a missed opportunity in losing that businessaside from the obvious economic benefit of tourist revenue. The current administration occupying the White House demonizes Latinos as “rapists” and paints border towns as dangerous places where “caravans” of immigrants are flooding into the United States from Mexico.

Lozano feels that towns like Del Rio have the ability to “educate” Northerners on what daily life is actually like along the border. In many ways, it’s a lot like theirs.

“We don’t have this war zone going on,” he says. “It’s beautiful down here.” 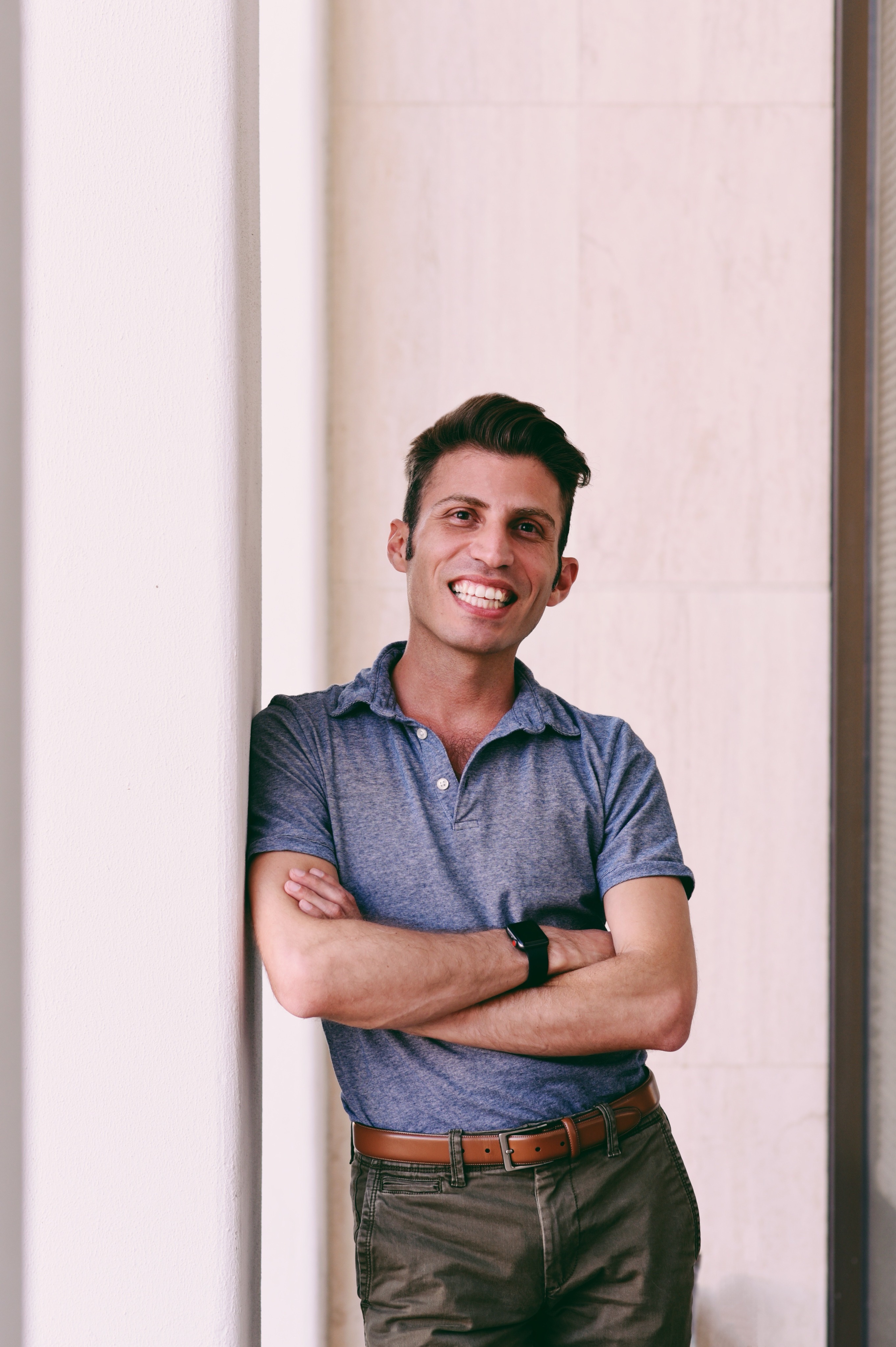 The panorama of Del Rio will be familiar to anyone who has lived in a small town. It’s the kind of place where you have exactly one of everything. There’s one high school, where all the students know each other. The town is defined by a single stretch of road that residents cruise for entertainment, a throwback to an era when the vast expanse of American life took place within the confines of a two-door Cadillac.

Lisa Martinez, a longtime activist who also grew up in Del Rio, says the little variety breeds a certain conformity in such a tight-knit, family-driven community.

“We’re not exposed to a lot of diversity,” she tells INTO over the phone. “We don’t have a lot of different cultures, and everyone’s kind of the same. It’s a massive Hispanic population, very Catholic, and those are the default.”

Queer and trans people have long struggled to carve out space for themselves in Del Rio’s religious monoculture. The closest gay bar is a nearly three-hour drive, and the town lacks a dedicated resource center where LGBTQ locals can meet, organize, or get access to services dedicated to their particular needs.

Kitana Sanchez, a trans activist born in Del Rio, had to move away in order to become the person she wanted to be. For many trans people, transitioning means relocating to San Antonio and Houston, in order to have access to affirming health care.

“There’s nothing really there for LGBTQ people,” says Sanchez, who serves as vice president of Corpus Christi LGBT. “Del Rio isn’t necessarily a place to be out and open.”

Martinez, who graduated from Del Rio High School, stayed in the closet during her teenage years because she was afraid she wouldn’t be accepted. She recalls that there was one male cheerleader in school who stuck out for being “very feminine” and faced extreme bullying as a result.

“I can picture his face crying in the halls of the school,” Martinez remembers, although she notes that he thrived after high school when he started performing drag and “totally owned” his sexuality.

Lozano tells a very different story of growing up in Del Rio. After coming out at 18 years old to a family who loved him “unconditionally no matter what,” he would later serve as the president of his class reunion planning board. A majority of his friends, he claims, knew about his sexual orientation and didn’t have a problem with it.

In fact, Lozano claims that he was far from alone among his classmates; he estimates there were around 20 LGBTQ students at the school.

“I think that it says a lot that people are very open-minded, despite what you hear in the media,” he says. “People are not afraid to accept people that are different from themselves.”

Taken at face value, the anecdote strains credibility. Lozano graduated in 2001, just three years after Will and Grace debuted and two years before the premiere of Queer Eye from the Straight Guy. Anderson Cooper and Neil Patrick Harris were still in the closet, and Ellen Degeneresnot yet the heir to Oprah’s daytime thronewas mired in the period of her career when coming out appeared a liability.

Lozano’s seeming revisionist history may be the case of a politician wanting to put a good spin on his community to win votes, but it’s next to impossible not to believe in him. While life may have been difficult for queer people 17 years ago, his mile-a-minute optimism could win over even the most determined homophobe.

That can-do spirit is reflected in Lozano’s unapologetic, almost defiant approach to his queerness.

When Lozano marched in last year’s veterans parade, he did so in a pair of high heels. He frequently wears women’s shoes when he travels and brought his most patriotic pumps to march in. While he expected the “worst-case scenario,” the candidate says women and high school girls came up to him, hugged him, and thanked him for his bravery.

Lozano takes pride in his ability to change hearts and minds in his hometown.

“In the ‘90s and 2000s, [LGBTQ people] started moving away to safe zones in cities like Lakeview in Chicago, Chelsea in New York, or the Castro in San Francisco,” he claims. “But now we’ve started to go back to our communities and be part of it. I think it’s such an amazing opportunity to show that we are equal.” 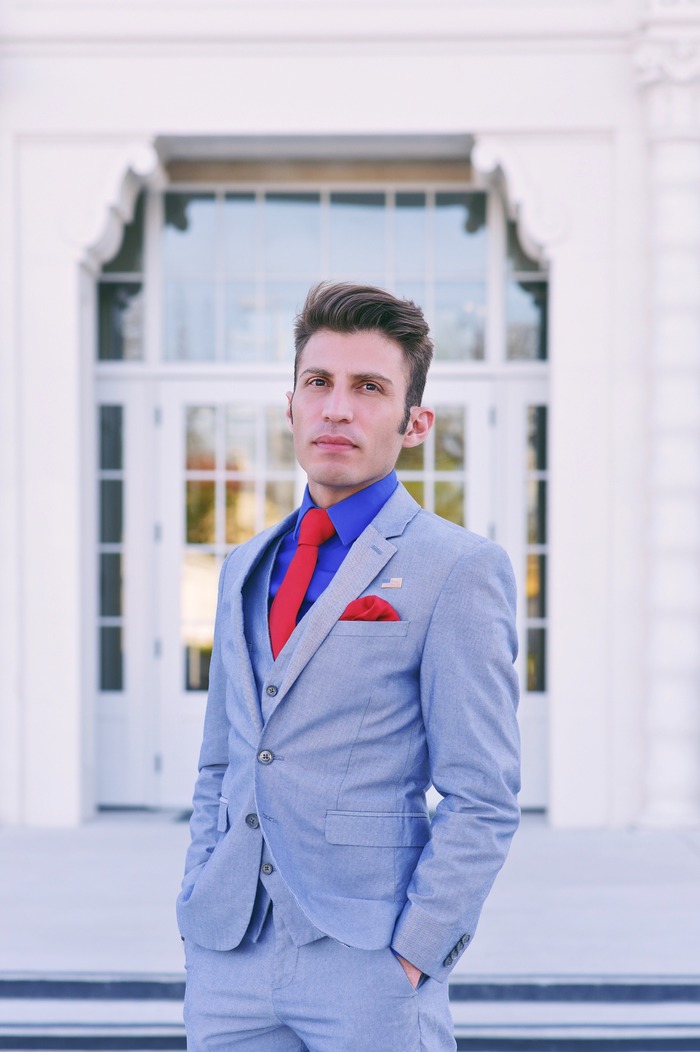 Everyone interviewed for this story agreed that Lozano has been very widely embraced by the city of Del Rio since announcing his candidacy in February.

Martinez claims it’s a reflection of Lozano’s seemingly boundless energy, calling the candidate a “super active, happy-go-lucky guy.” Guzman argues it’s because the newcomer’s collaborative approach differs so greatly from his opponent’s. He refers to Lozano as the type of leader “who is very open to input and coming together to find solutions to problems.”

But seeing a man in heels out on the campaign trail has been met with its share of criticism. A meme of Lozano circulated on Facebook featuring two pictures of him in heels and a tutu. It called him a “faggot” with AIDS, he claims.

Lozano, unfazed, views the attack as the cost of being visible. When he served in the military, he was tasked with the enforcement of “Don’t Ask, Don’t Tell,” meaning he had to notify gay service members when they were discharged. The responsibility of sending home troops who just wanted their partners to be able to visit them at the base was “heartbreaking,” he claims.

“I am not ashamed of who I am, so I chose not to reenlist,” Lozano says. “I kept going. I moved on with my life.”

“Stonewall happened because drag queens and a minority group stood up to animosity, and I had to go back in the closet because of that same hatred,” he adds. “I know what that was like, and it translates to today’s campaign. I’m not going to bow down. I am who I am. Accept me or not.”

Lozano’s chances of winning will likely come down to whether the widespread enthusiasm for his campaign extends to millennials actually turning out to the polls. His candidacy has motivated a younger constituency who leave frequent messages of support on his Facebook page, but a majority of voters in Del Rio’s municipal elections are over 65.

That population may be inclined to favor a traditionalist over the charismatic outsider as initial ballots are cast. Early voting in the race began on April 23 and will extend all the way to May 1. Four days later, Del Rio will tally its final votes.

But no matter the result, supporters predict that the impact of Lozano’s trailblazing candidacy will extend well beyond this year’s race.

“It’s really powerful that he’s just being himself,” Martinez explains. “He hasn’t been hiding any aspect of his personality. I think that’s going to show other people that are maybe a little timid about their sexuality that it’s OK. You can be successful, and you can still live a great life.”