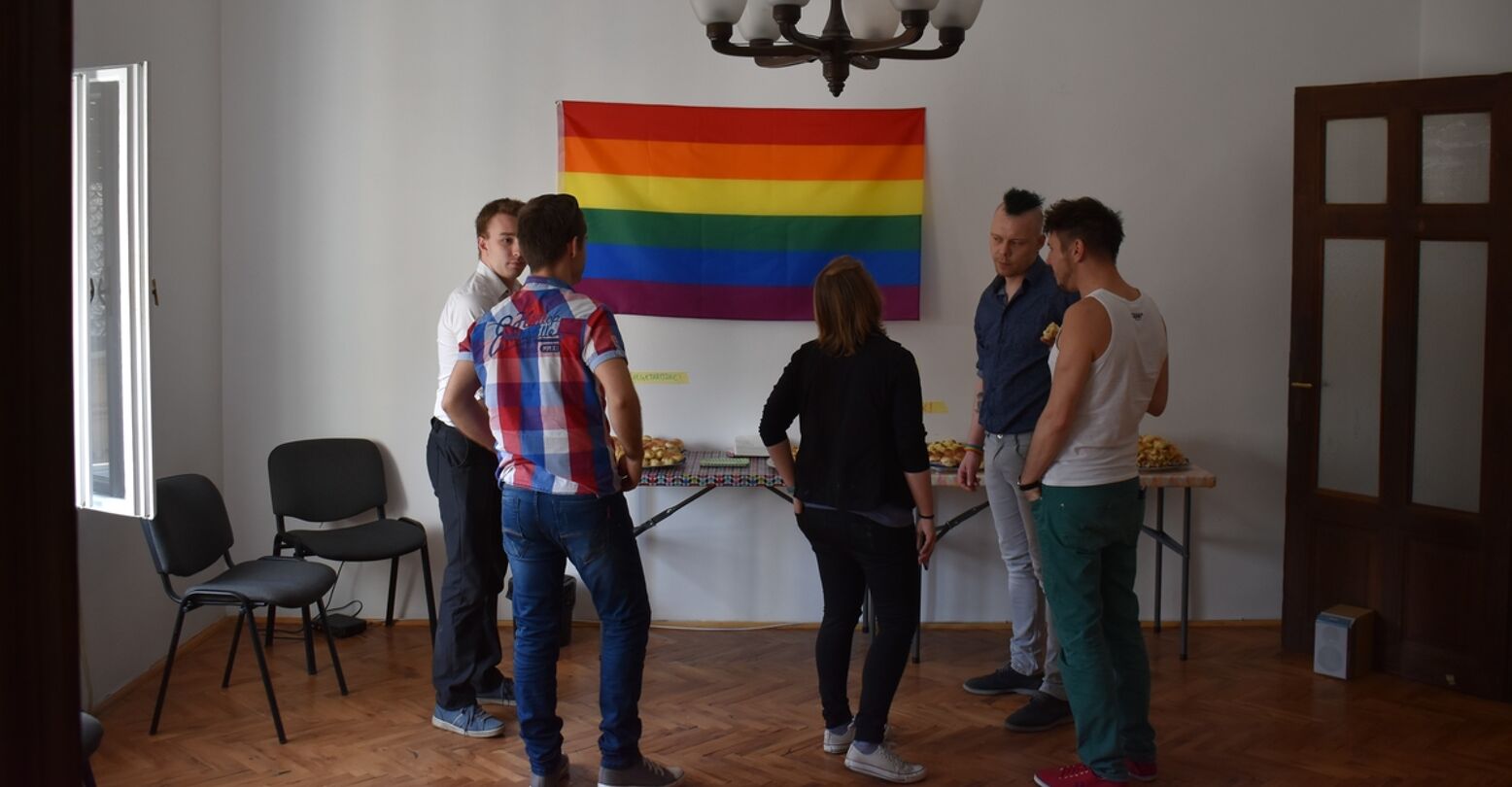 A new LGBTQ community center in Novi Sad is helping shift activist focus in Serbia away from the capital, Belgrade, and to other spaces in the former Yugoslav country.

The center is the first physical office for Izadji, or “Come Out,” and will provide a safe space for LGBTQ people and other vulnerable groups.

The center “is something that we needed for a long,” says Isidora Isakov, the organization’s program coordinator. Workshops and meetings were previously held in shared spaces around the city.

“People weren’t willing to come to that space because they did not see it as their own,” Isakov says. “We recognized that having the space would allow for a better dynamic with the local LGBTQ population.” 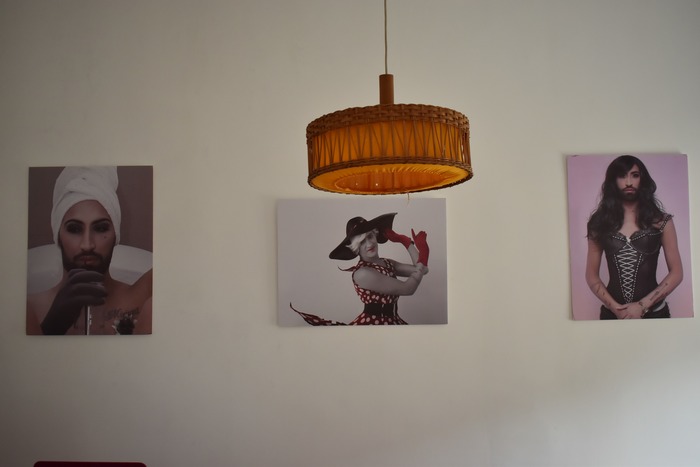 She explained that Izadji wanted a somewhere young people could sit and relax or organize and socialize. The group’s work focuses on helping community members with personal development and wellbeing, including education on reproductive and sexual health, creative expression, and economic stability.

Several LGBTQ rights groups are operating in Serbia’s capital of Belgrade, like Gayten-LGBT, Labris, Belgrade Pride, Da se zna!, Serbian Pride, XY Spectrum, and a host of other groups that are working in the realm of queer activism.

The rest of the country, however, it’s a bit more sparse.

Located in Serbia’s second largest city Novi Sad, Izadji provides support networks and accessibility to the northern autonomous province of Vojvodinahistorically one of the cultural hubs of Yugoslavia.

“[LGBTQ] activism in rural spaces in Serbia don’t exist as organized activism,” Dragoslava Barzut, executive director of Da se Zna! in Belgrade, tells INTO in an email. She added that being openly LGBTQ in smaller places is the only type of activism that really exists there. 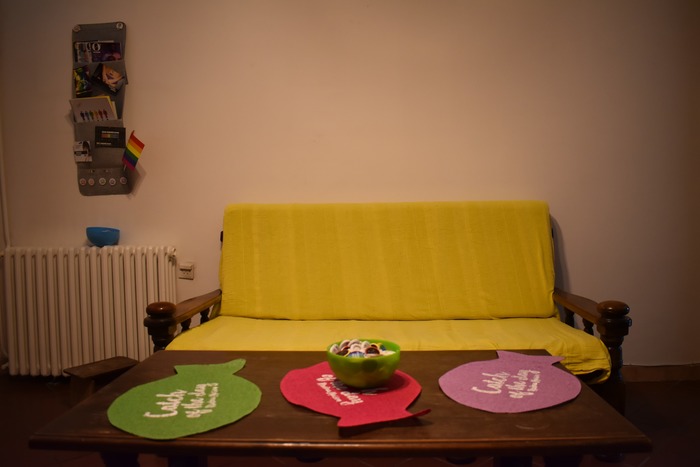 Barzut and her organization have established relationships with various non-governmental organizations throughout Serbia hoping to integrate LGBT support services in local communities, including working with authorities to document violence against LGBT identifying people.

“I was born in a small town in north Vojvodina and I had to move from there to become an activist. Now, after 15 years, when I go to my hometown every time I’m surrounded by strange views from my neighbors and everyone. I always say that my name has become synonymous with the word ‘lesbian.’ I think that activism has as well,” she said.

Isakov and her colleague Filip Kocevski, the organization’s advocacy program coordinator, say it’s about priorities of the organizations but also the fact that Belgrade is the capital and where the political power sits.

“Organizations in Belgrade are working more on policy reforms and advocacy work in general,” explains Kocevski. The focus of their work tends to be more law-oriented such as passing anti-discrimination laws, gender identity protection laws, and so on.

In neighboring Croatia, Nicole Butterfield is a researcher based in the capital of Zagreb, who studied the country’s rural LGBTQ people’s experiences and has also explored LGBTQ activist movements. 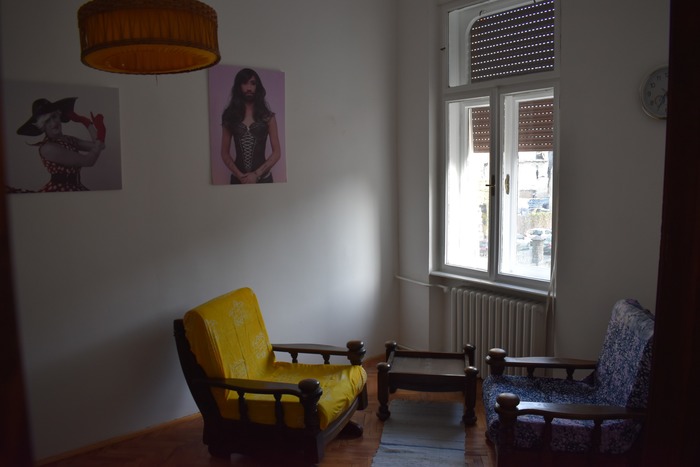 She says that differences in activism in rural and urban spaces may have “transformed over time perhaps because NGOization and professionalization have veered them to certain things.”

The needs can be understood as different. The physical space could even contribute to it. Belgrade is a much bigger place than the towns in the country and even Novi Sad. Belgrade has just a larger concentration of queer folks.

In rural areas people may be less likely to attend an openly LGBTQ event because of fear of being recognized. Belgrade not only offers a plethora of organizations that are working on various strands of activism, but also LGBTQ (mostly gay) clubs and bars. People see Belgrade as a safe haven of sorts where they can experiment, not only with their sexuality, but to a certain extent, their politics.

“Many people escape to Belgrade to be out,” Isakov says. Coming out is more or less a precondition for becoming involved in activism.

“They can feel free in Belgrade,” Kocevski adds. “People who are coming all around Serbia to Belgrade because they feel that they they don’t belong to the community where they grew up.”

Serbia’s population still holds anti-LGBTQ attitudes according to recent studies. Barzut cites upcoming research conducted on income and living conditions of LGBTQ people in Serbia by Da se Zna! and ERA, a regional network of LGBTQ rights organizations. They found that eight out of 10 respondents reported they faced public and workplace discrimination.

This goes against what openly-lesbian Prime Minister Ana Brnabic claims in a statement to the Guardian, stating that “Serbia is not that homophobic,” but that those who say anti-LGBTQ things are a “loud minority.”

But what happens to local people when activists are pretty much only working in Belgrade?

One could, Butterfield believes, question why rural individuals are not involved in activism or why urban activists may not use rural networks as resources for their own activist work. 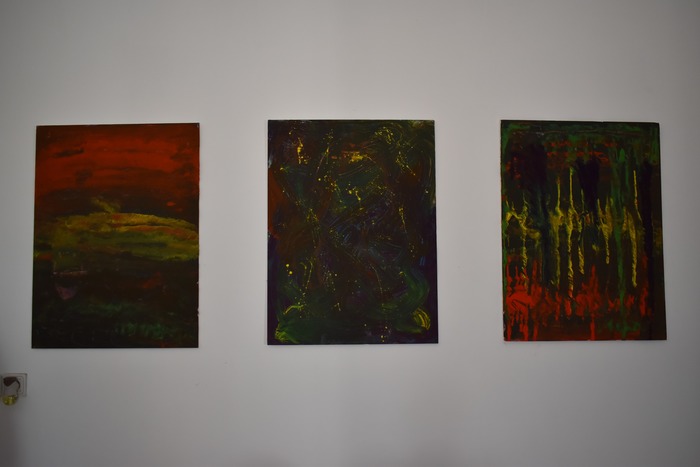 With many of the LGBTQ rights groups working only in Belgrade, those outside the city may feel disconnected to LGBTQ rights generally, Isakov says. There’s no direct connection to the activists themselves in these cases.

Izadji is seeking to build those connections in Vojvodina. Isakov and Kocevski want to begin involving more people and have already seen an increase in interest in their organization after the center opened.

Isakov hopes Izadji’s new center will inspire people to begin working on LGBTQ rights issues: “We would like to have a young activist group of 15 to 20 people by the end of the year, who would be willing to implement different small actions throughout the year and be more involved in the local community.”