HIV is a growing issue in Pakistan, with new research suggesting that 132,000 people were living with the disease in 2017. This represents an increase of 39,000 from the previous year. 3.7% of the men who have sex with men (MSM) population are HIV positive, with just 22.4% of the MSM community using condoms regularly.

And leading HIV and LGBTQ human rights activist Qasim Iqbal believes that without interaction with marginalized communities such as LGBTQ people, Pakistan’s HIV problem has potential to worsen dramatically.

“HIV is a huge issue in a country like Pakistan when women are not freely available,” he explains. “Even heterosexual men are having sex with people of the same sex. HIV is rampant, and the government refuses to research the matter because they don’t want to pay attention to the MSM community.”

Qasim has been working to raise awareness of Pakistan’s HIV problem since 2006, when he began working with UNAIDS. Qasim quickly realized that, while there was a lot of support available for drug users and sex workers, no equivalent existed for the transgender and MSM populations.

In 2011 he launched Naz Male Health Alliance (NMHA), the first and only LGBTQ community-based organization in Pakistan, which provides support for improving the sexual health, welfare, and human rights of LGBTQ people. Seven years later, he remains the only openly gay and HIV positive activist in Pakistan.

Yet, despite pressure from activists like Qasim, the government remains reluctant to tackle Pakistan’s growing HIV problem.

“When it comes to HIV we are dependant on the government,” he says. “We need the government’s support, but they continue to let people die.”

Qasim also describes an atmosphere of intimidation at HIV clinics, where people are turned away or even threatened with arrest for appearing too feminine. Last year a trans woman died of HIV-related complications after hospital staff could not decide whether to place her in a female or male ward.

“Eventually she was left out in the corridor for three days where she died,” explains Qasim. “When it comes to HIV they don’t give a shit if we die. I think they’d rather we die.”

After witnessing the challenges faced by LGBTQ people in Pakistan, Qasim expanded into human rights activism in 2015. NMHA’s work has grown from solely domestic issues to include a regional and international strategy. But human rights organizations are not encouraged in Pakistan, especially ones relating to HIV and LGBTQ people. 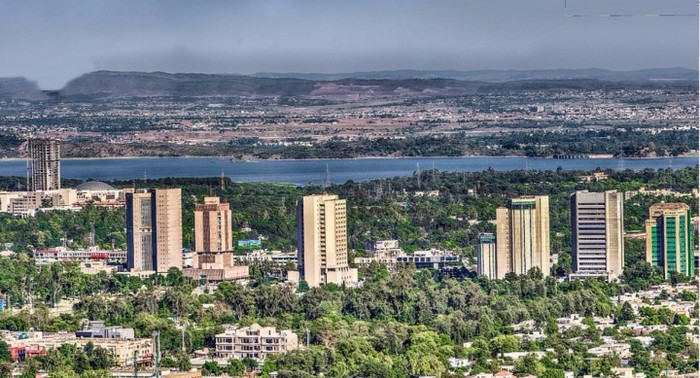 “I risk my life every day. As do my staff. My husband risks his life just being with me,” Qasim explains. “We’ve had numerous times when intelligence agencies have phoned me trying to question me. They turn up at the office and my house as well.”

In 2017 he was left fearing for his life after receiving threatening phone calls and being repeatedly pulled over at gunpoint by officers telling him he was spreading HIV and homosexuality across Pakistan. Yet Qasim does not shy away from acknowledging his own privilege as a financially secure person from a well-known family whose father is in the military.

“The military has a lot of influence in Pakistan,” he says. “I have the luxury to use those privileges at times.” But Qasim accepts that, for many others, challenging the government can be extremely dangerous. “Not a week goes by without another human rights activist disappearing.”

“It’s really scary because we don’t know what’s happened to them. Once they disappear, they don’t return. Are they killed? Have they been put in jail? We have no idea.”

And while nobody has successfully been prosecuted under the sodomy law for some years, the existence of the law paves the way for blackmail, harassment, and extortion. NMHA has received video evidence of the police engaging in such practices. 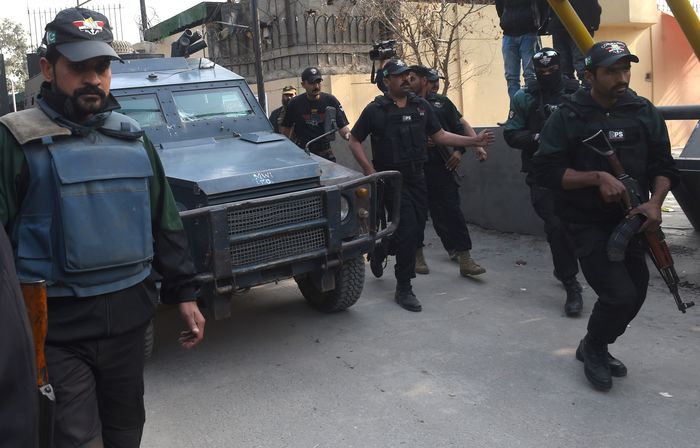 “I have seen one video, taken by police, which shows them breaking into an apartment to find two guys having sex,” says Qasim. “Both were naked and they would not let them put on clothes. They were beating them and would not leave until they were given 30,000 rupees.”

The Pakistani government’s attitude towards gay rights is based largely on the perception that homosexuality is a western import. Yet, historically speaking, liberal attitudes towards sex were more widely held before Britain colonized Pakistan and introduced the sodomy ban in 1860.

Perhaps surprisingly, there is a special place for trans people in Pakistani society, who are believed to have been chosen by God to have two genders. Pakistan already has the third gender on IDs and passports, and a bill protecting the rights of trans people has been passed to the Senate after being approved by the Council of Islamic ideology.

But with no such religious reprieve for lesbian, gay, and bisexual people, the advancement of their rights is painstakingly slow.

“I could go to the Supreme Court and challenge the sodomy ban, but I cannot challenge the Sharia Law,” Qasim explains. “If I even attempted to do that I would get the death penalty under the blasphemy law. So, is there a silver lining? I don’t know, I’m still looking.” 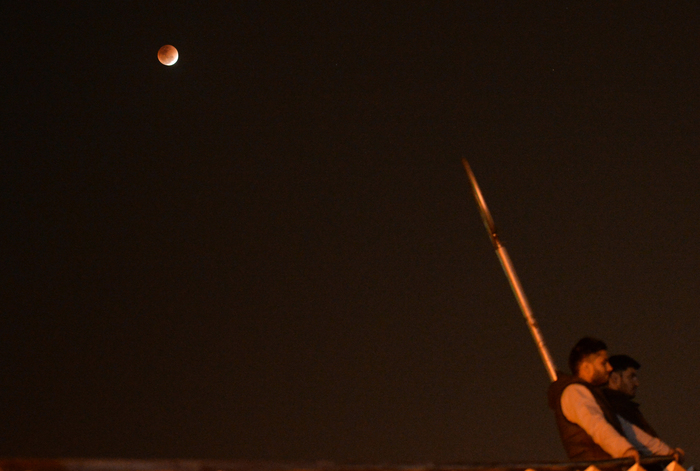 Moving forward, Qasim believes that international pressure will be central to improving the legal and health rights of Pakistan’s LGBTQ people. Specifically, he would like to see countries that provide aid to Pakistan, such as the UK and the USA, placing conditions on such aid.

Being part of The Commonwealth Equality Network (TCEN), which in 2017 became the first LGBTQ organization to receive commonwealth accreditation, provides Qasim and other activists with vital opportunities to forge international links. In April 2018, Qasim will join LGBTQ activists and world leaders from across the commonwealth at the Commonwealth Heads of Government Meeting (CHOGM). This year’s event will be the largest gathering of international LGBTQ activists yet, with the most ambitious plan for change.

“We are not able to do any face to face advocacy with government officials as it would put us in danger,” he says. “So we rely heavily on pressure from the international community.”

Despite the obstacles in his path, Qasim remains determined to improve life for LGBTQ people in Pakistan.

“What keeps me motivated is when I see the lower income, uneducated gay Pakistani men who don’t have the same options that I have. Or when I see a lesbian woman who doesn’t even know it’s okay to have feelings for the same sex and thinks something is wrong with her.”

He explains, concluding: “It’s when I see people who have been forcibly married to the opposite sex by their families. Not only is their life fucked up, but also the person they married.