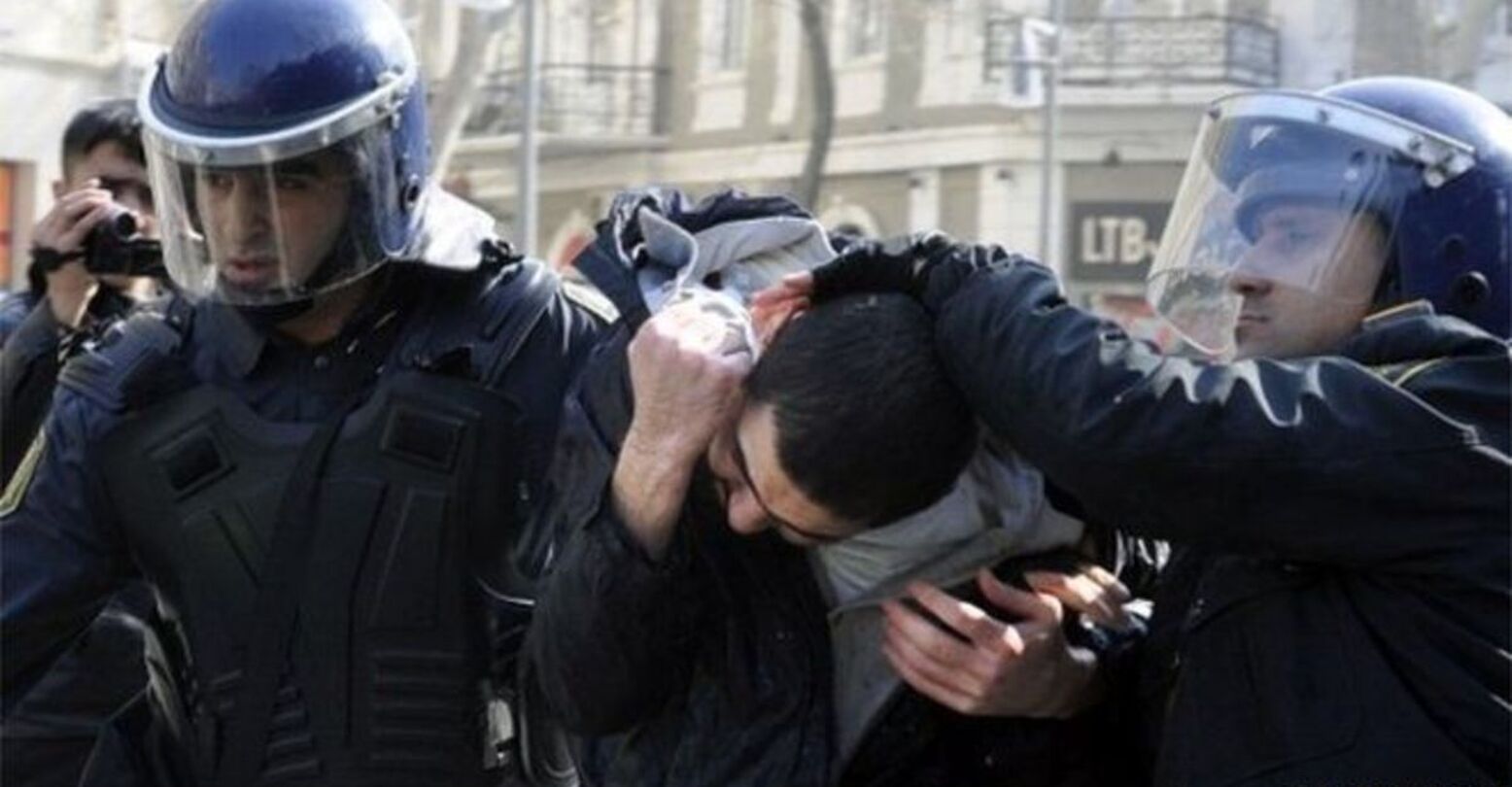 At least three gay men have been reportedly been arrested in Azerbaijan as the police crackdown on the country’s LGBTQ community continues.

Minority Azerbaijan, a local advocacy group, received reports on Saturday that Ganja police had arrested three men with no explanation prior to their detainment. After they were jailed, authorities in the nation’s second largest city accused them of selling drugs. When the detainees wouldn’t sign a document admitting to the false accusation, the LGBTQ organization claims that prisoners were “stripped, humiliated, and beaten.”

Samad Ismayilov, founder of Minority Azerbaijan, tells INTO that police subsequently released the men to the custody of their parents, who likely didn’t know that their sons were gay. As the detainees were being freed from prison, an officer allegedly warned them to leave the city: “This city is not meant for gays. You cannot be here.”

“The police said to them that they arrested ‘three more people like you’ a couple days ago,” Ismayilov says in a phone interview, “which tells us that it keeps going around and they keep arresting people.” 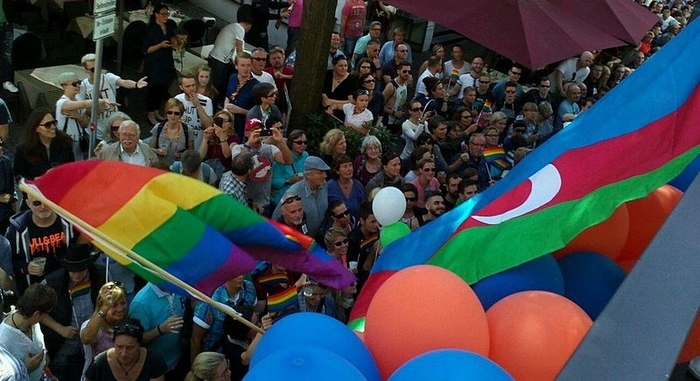 The beginning of the raids

These alleged arrests are only the most recent in a string of anti-LGBTQ raids in the Muslim majority nation, voted one of the worst countries in Europe to be queer or transgender. As many as 100 gay men were apprehended by police in a wave of arrests beginning Sept. 15. Law enforcement in Baku, the nation’s capital, accused gay detainees of engaging in sex work.

“Authorities said it was a public health issue,” Mathias Wasik, a senior campaign manager with the LGBTQ advocacy group All Out, tells INTO. “They claimed they ‘needed to clean up the streets’ to keep from this happening.”

“He looked gay to them, but he just loves to take care of himself,” Ismayilov says. “It’s awful. It’s crazy what’s going on.”

One case, though, particularly illustrates the brutality of Azerbaijan’s anti-LGBTQ raids. A transgender woman traveled all the way from Pakistan to visit her father, who has cancer. She needed to give money to his doctor, Ismayilov claims, to pay for his treatment. After landing in Baku, the trans woman was arrested by police while she was sitting in a Hard Rock Cafe. Prison guards subsequently shaved her head during her detainment.

“It broke my heart so badly,” Ismayilov says. “For a trans person, growing your hair means so much. It’s such a trauma that I’m pretty sure it won’t go away for a long timemaybe never.”

Of the dozens of people apprehended in Baku, 46 have appealed their arrest. In court, police have claimed that the reason for the mass detentions is that the LGBTQ people “resisted their arrest,” which carries a punishment of 10 to 12 days in prison. When she was thrown in jail, Ismayilov says the trans woman had just undergone transition surgery; she was too weak to do anything but comply.

Not a single person has won their appeal at the time of writing.

Although authorities in Baku have claimed that all of those arrested have been released from prison, advocates contest that declaration.

Javid Nabiyev, president of Nefes LGBTQ Azerbaijan Alliance, tells INTO that the government’s claim is “totally not true.” The problem with challenging the statement, though, is that local LGBTQ organizations don’t know how many people were arrested, so it’s difficult to tabulate how many detainees might still be behind bars.

Officials have also underreported the number of arrests, Nabiyev says. Although government representatives have stated that 83 people were apprehended, he claims that the actual figure is likely “well over 100.”

Law enforcement agents in Baku have stopped arresting people suspected of being LGBTQ, but Ismayilov claims that the crisis is far from over. He alleges that police in the capital have continued “harassing and extorting” queer and trans people, often threatening to take victims into custody unless they give police officers an under-the-table payoff.

Those who have been discharged from prison also face incredible obstacles following their release.

Many of the LGBTQ people rounded up in the September raids were outed to their families, communities, and even their landlords. Because Azerbaijan has no laws to prevent individuals from being evicted on the basis of their sexual orientation or gender identity, nearly all former detainees are now homeless. They have nowhere else to go in a nation with precious few spaces where it’s safe to be themselves.

“They are so scared right now that they are trying to leave the country,” Wasik says. “They don’t want to stay in this hostile environment.”

Wasik says that LGBTQ Azerbaijanis have begun looking at safe houses in neighboring Georgia, which is not exactly known for having a strong record on LGBTQ rights. The Eastern European country was ranked as the world’s third most homophobic nation in a 2014 report from the World Value Survey. Georgia’s parliament has pushed to ban same-sex marriage this year amidst its own anti-LGBTQ crackdown.

As the crisis spreads to other cities in Azerbaijan, advocacy groups are working to provide shelter and support for the country’s ailing LGBTQ community.

AllOut launched a crowdfunding campaign in October to help pay for visas and passports that will allow queer and trans people to find refuge in other nations. Many of the individuals arrested in September also face steep legal fees resulting from their appeals, which are ongoing. When INTO spoke with Nabiyev earlier this month, 11 cases had yet to be decided.

But he believes that the real change must come from government officials who have the ability to stop the anti-LGBTQ harassment from continuing.

“All of these people will eventually be released, but no one can make sure this won’t happen again,” Nabiyev says. “The Azerbaijani government should make some reforms and create laws to protect LGBTQ people and their rights.”