It’s a shopworn cliché that winning quarterbacks shout on TV they’re going to Disney World after their Super Bowl victory, as the golden trophy is hoisted aloft. But where do the also-rans go?

Brianna Wu, 41, cast her ballot early Tuesday in Dedham, Mass., 45 minutes southwest of Boston, in the Democratic primary to represent the Massachusetts 8th district of the U.S. Congress. She then slipped out of town with her husband Frank, on a flight to an undisclosed location. It was several hours before the polls even closed.

But lacking a much-needed groundswell of support, and with a foreboding that a major defeat was at hand, they decided to escape to a happier place as likely defeat neared.

Wu conceded via Twitter Tuesday night, however, she is not giving up. She pledged to run again to challenge Rep. Lynch.

Looks like 2018 was not my year, but I’m not finished. I’m just getting started. See you again in 2020, @RepStephenLynch. With more money, more experience, and more local support.

Think about that as you’re voting for the next two years.

My thanks to everyone who supported us.

In an earlier tweet, posted late Monday night, she claimed subsequent campaigns would be “wiser” and “more strategic,” while “building on success and learning from mistakes.”

This is exactly right. Win or lose tomorrow, I am running again in 2020.
Wiser.
More strategic.
Building on success and learning from mistakes. https://t.co/vHGF3pRuTT

She also tweeted that “the mistakes are mine, and I own that. We will course correct for 2020.”

Ultimately, this was my campaign. The mistakes are mine, and I own that. We will course correct for 2020. https://t.co/lIMagCGL5A

Earlier in the evening, she tweeted she planned to “take a step back from the public eye” and that her biggest mistake was not hiring more experienced people early on. She revealed in another tweet she saved some money to do that for a 2020 bid.

Wu, an openly queer video game developer, gained national fame following the Gamergate controversy. Her outspoken defense of women in the gaming industry attracted the attention of extremist trolls on websites like Kiwi Farms and 4chan.

Critics have doxxed Wu, targeting the candidate and her husband with threats of rape, castration, and death.

She has never held elective office. Her opponent — eight-term incumbent Democrat Rep. Steve Lynch — outspent her 3 to 1. Despite being cisgender and heterosexual, Lynch won the endorsement of Human Rights Campaign.

He ultimately and easily won on Tuesday, 72 percent to Wu’s 22 percent, with 30 percent of the precincts reporting as of press time.

With no Republican challengers in the general election, Lynch is assured a path to victory.

What inspired Wu to run were two emotions — the first shared by many Americans since November 2016. After Donald Trump was elected to the presidency, Wu claimed she felt intensely angry.

“It was really one of the very worst nights of my life,” she told INTO over the phone. “This exact same feeling got me involved with Gamergate.”

“So, when you’ve got basically the start of the alt-right, you know, Steve Bannon, targeting my friends, and eventually targeting me, I just couldn’t say nothing,” Wu added. “It would have been so much easier for me and my studio to just keep my mouth shut. But it’s just not who I am.”

According to Wu, running for Congress was the “exact same thing.” 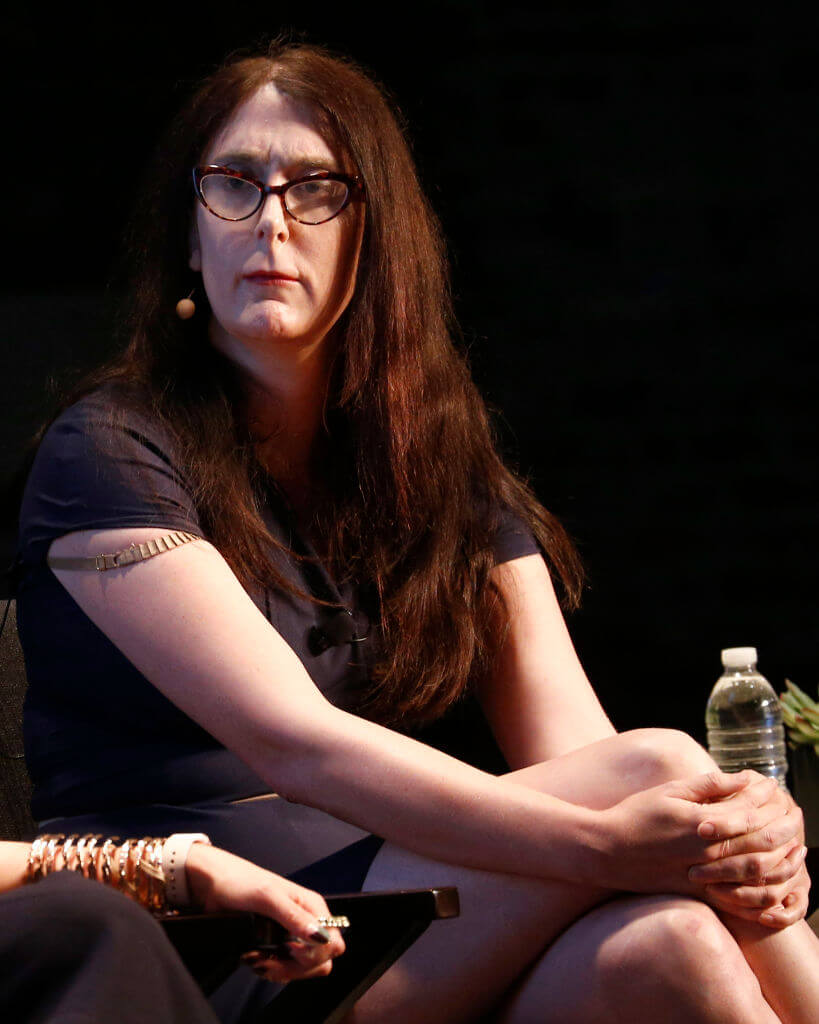 Like Gamergate, Tuesday’s primary was another challenge that she felt she had to take on — one she could not ignore after working on Hillary Clinton’s 2016 campaign.

That historic defeat was a major catalyst for her Congressional run, Wu said. After Trump’s victory, she feared the end of reproductive rights and erasure of LGBTQ rights — as well as the sense, as she put it, that “the whole nation is about to just fall apart.”

The next day Wu realized she could not let this shift in national politics go unanswered.

Thus, she targeted the U.S. House of Representatives seat occupied by Lynch, mounting a challenge against a man she described as a “very old-school union guy” with “a horrible record on everything with women’s rights.”

But the second thing that inspired her to run, Wu said, was regret over the tragic death of a dear friend.

“Her name was Ethel,” Wu recalled, fighting back tears.

Ethel was young, transgender, and struggling to find gender-affirming healthcare to assist in her transition. “We were close,” Wu said. “I cared about her a lot.”

But according to Wu, her friend’s struggles with gender dysphoria sent her into “tailspin.” She pulled away from Ethel in order to protect herself. Months passed, and one day she heard from Ethel’s mother. She learned that Ethel had taken her own life.

Wu broke down in tears recalling that horrible day and her feelings of guilt. What really devastated her, she claimed, was that she didn’t report her friend’s thoughts of suicidal ideation.

“I told myself to not get involved,” she said.

Wiping tears from her eyes, Wu explained she draws a direct line to her decision the day after the 2016 election to run for political office.

“It’s the same thing with this Donald Trump era,” she said. “We can’t do nothing. I don’t have any illusions about me being superwoman in solving this, but ultimately this is about me doing what I can to help fix this mess.”

For the first time since launching this campaign in December 2016, Wu is taking a breather with her husband of ten years.

“It’s 30 percent people of color in my district, 11 percent Asian,” Wu said. “I’m married to someone who is Chinese-American. So, my strategy has been to go out there to energize women and energize people of color… to truly represent the issues they care about.” 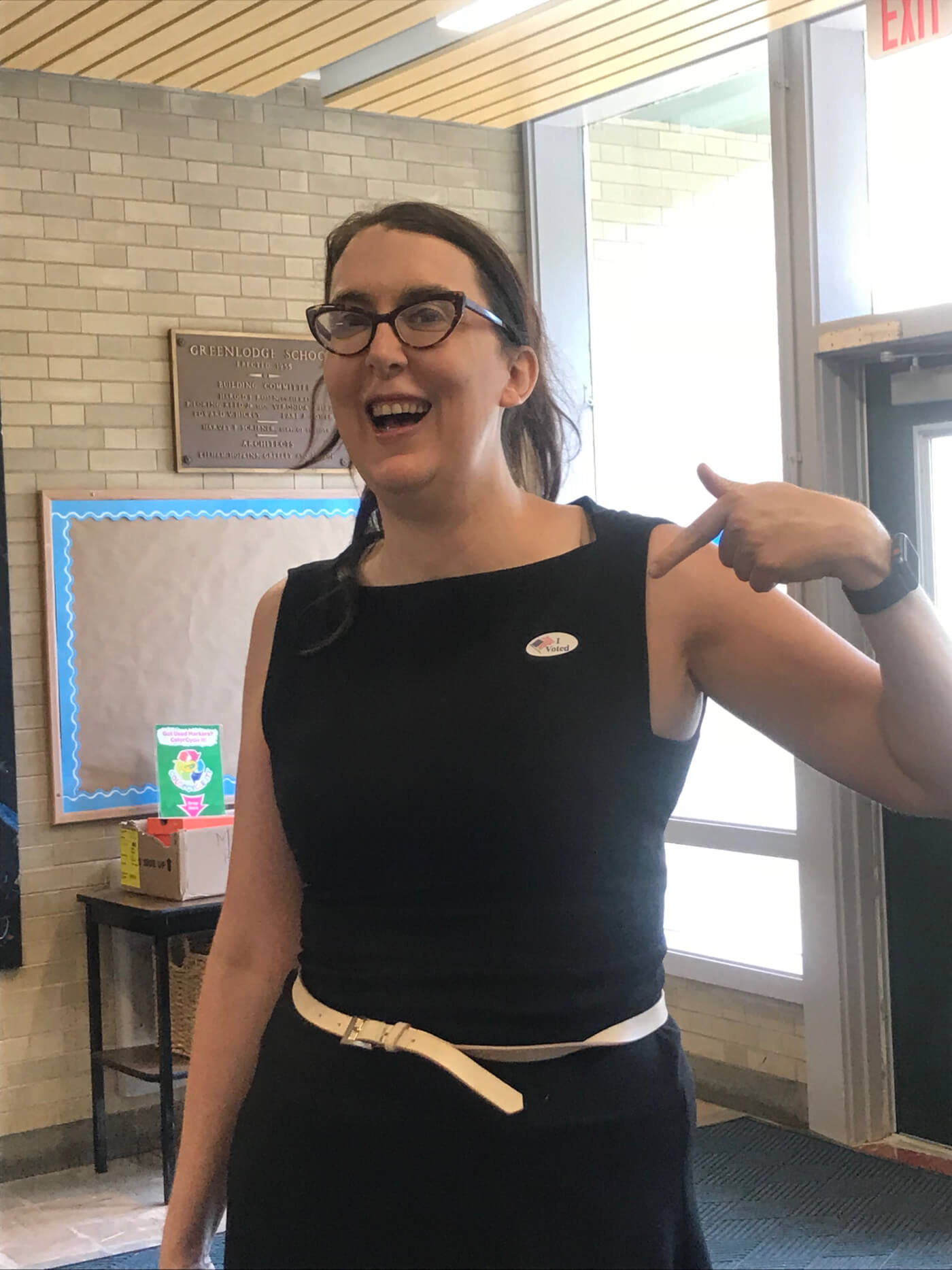 Despite her loss, she sees herself at the forefront of the Blue Wave of Democratic women and other minorities seeking political office, which she aims to keep building.

“What we need is we need women,” said Wu. “We need LGBTQ people, we need people of color, standing up at every single level of government: state, municipal, federal, running for office, and making our voices heard. This is about marginalized people standing up and making sure we’re heard.”

Expect to hear a lot more from Brianna Wu before 2020.

Images via Getty and Brianna Wu