John Moody, an executive editor at Fox News made shockingly offensive comments about the US Winter Olympics team earlier this week. In a now-pulled op-ed on Fox News, the homophobic editor pointed to the official motto of the Olympics, spewing, “Unless it’s changed overnight, the motto of the Olympics, since 1894, has been ‘Faster, Higher, Stronger.’ He went on to say, “It appears the U.S. Olympic Committee would like to change that to ‘Darker, Gayer, Different.’” While he obviously meant that as a dig, I think “Darker, Gayer, Different” is a sublime motto. But according to Moody, “If your goal is to win medals,” he added, “that won’t work.”

The insinuation that queer people are somehow slower or weaker than heterosexual people is so outlandishly homophobic and based so far from reality that it’s almost comical. But his piece wasn’t just homophobic, it was also extremely racist. The inclusion of the word “darker” in his imbecilic diss suggests that the Olympics are too inclusive of people of colorwhich is wild given the amount of medals won by athletes of color in the past. Before it was removed and denounced by Fox, Moody’s inflammatory piece was titled “In Olympics, let’s focus on the winner of the racenot the race of the winner.”

Moody denigrated the US Olympic Committee for promoting the US Winter Olympics team as “the most diverse” ever. “That was followed by a, frankly, embarrassing laundry list of how many African-Americans, Asians and openly gay athletes are on this year’s U.S. team. No sport that we are aware of awards pointsor medalsfor skin color or sexual orientation.”

Funny, because if race doesn’t matter, then why are you, John Moody, so aggrieved by inclusivity? Luckily, the piece was removed within 24 hours after pundits and writers lambasted Moody.

Sarah Kate Ellis, president and CEO of GLAAD said pulling the piece was not enough. Ellis pointed out that Moody “targeted some of our nation’s top athletes with vicious anti-LGBTQ and biased rhetoric,” and thus should be forced to apologize.

“These athletes are at the Olympics because they already won by qualifying to represent the United States on the world’s stage; and they did so despite facing discrimination from places like Fox News throughout their careers,” Ellis said. “It’s not enough that the column has been removed. Moody should have the decency to apologize to the athletes and fans for this disgraceful post, and Fox News should open their site for diverse athletes to share their own personal stories and perspectives.” 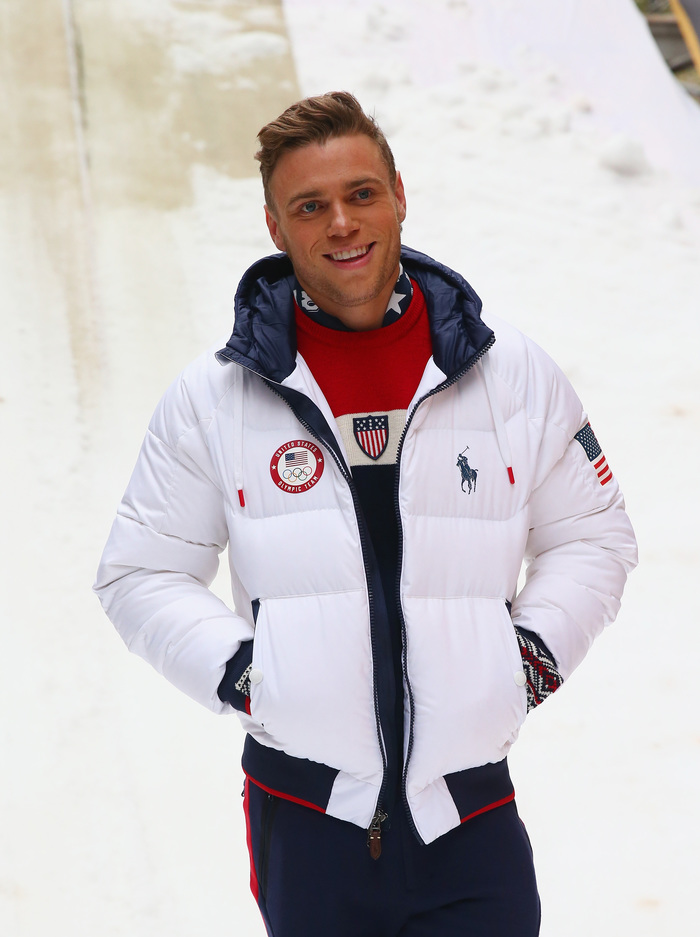 The 2018 Winter Olympics kick off Friday in Pyeongyang. The US team has two out gay competitors, both of whom have spoken out against noted homophobe Mike Pence. Recently, it was announced that Pence would be leading the team at the opening ceremonies. Freestyle skiier Gus Kenworthy appeared on Ellen earlier this week and voiced his disapproval of Pence.

“To have someone leading the delegation that’s directly attacked the LGBT community it just seems like a bad fit,” Kenworthy, the first openly gay U.S. Olympian, told Ellen Degeneres. “I feel like the Olympics is all about inclusion and people coming together, and it seems like it’s not really doing that.”

Kenworthy and his teammate, figure skater Adam Rippon, are the only two openly gay athletes to compete in the Olympics. In January, Rippon also censured Pence.

“If it were before my event,” the figure skater told USA Today, “I would absolutely not go out of my way to meet somebody who I felt has gone out of their way to not only show that they aren’t a friend of a gay person, but that they think that they’re sick.”

Moody has been criticized for his appalling and incendiary takes before. As of right now, he’s still an executive editor at Fox News, and the network has yet to punish him beyond denouncing his op-ed as “not reflecting the views or values” of the company. Although, I’d beg to differ.