Dean Trantalis greeted supporters on Tuesday night as he made history as Fort Lauderdale’s first openly gay mayor. Trantalis, an attorney who also holds the distinction of being the Florida city’s first gay commissioner, won in a landslide vote. The Democrat defeated challenger Bruce Roberts by a 65 to 35 margin.

On an evening which also saw a liberal candidate sail to victory in the Pennsylvania special election race, Trantalis told voters at a victory rally that the “really hard part starts now.”

But the symbolism of Trantalis’ win won’t be lost on Fort Lauderdale’s LGBTQ community.

In 2007, former Mayor Jim Naugle infamously launched a campaign to install single-occupancy bathrooms at the city’s beaches in order to “reduce homosexual sex in bathrooms.” When the plan led to widespread protests in South Florida, Naugle brushed off the backlash by saying he doesn’t “subscribe to political correctness.”

“We don’t have men and women having sex together in bathrooms, at least we don’t have reports of that,” he claimed at the time. “It’s men having sex with men, and I feel it’s necessary for an elected official to tell it like it is.” 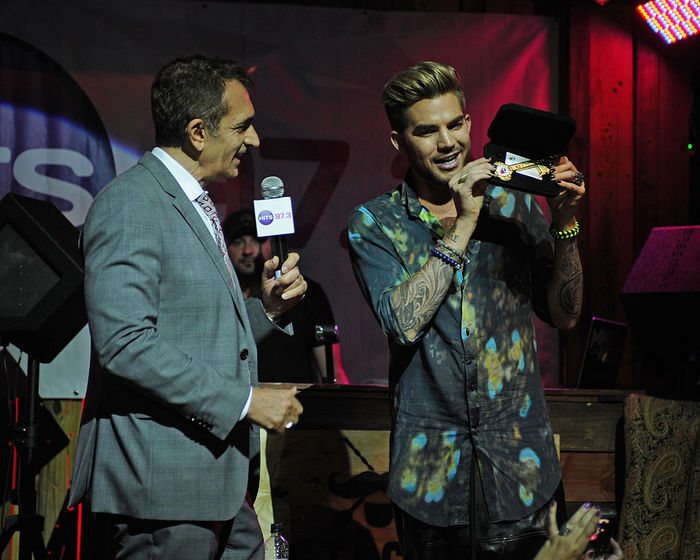 But critics pointed out Fort Lauderdale didn’t have a gay public sex epidemic: There had been just a handful of such incidents in recent years.

In addition to opposing a plan to put LGBTQ literature in the public library, Naugle said he subscribed to a “love the sinner, hate the sin” mantra when it comes to homosexualitywhich he believes is immoralbut refused to use the word “gay” to refer to queer men.

“Most of them aren’t gay, they’re unhappy,” claimed the centrist Democrat.

Naugle served as mayor for 18 years. His successor, Jack Seiler, voted against issuing a non-binding resolution in support of marriage equality four years ago.

Many in Florida’s LGBTQ community view Tuesday’s vote as a referendum against the anti-gay undercurrent that has long plagued the mayor’s office. During the contentious race, Roberts issued an attack ad against Trantalis which depicted him as a ventriloquist dummy, wearing bright red lipstick and rouge.

The Sun-Sentinel, Broward County’s daily newspaper, reports many voters in the area viewed the advertisement as “homophobic.”

Trantalis, however, appears to have taken the smear campaign in stride. When asked about the ad during a mayoral debate, the 64-year-old claimed his objection was on sartorial grounds: “These are outfits I would never be seen in.”

Trantalis, who previously ran against Seiler for mayor in 2009, will be the first openly gay man to govern a major city in Florida. His victory also makes Fort Lauderdale the largest municipality in the southern half of the United States with an LGBTQ mayor. Houston’s Annise Parker left office in 2016.

He is, however, the second gay mayor in Broward County: John Fiore was elected mayor of neighboring Wilton Manors in 2000, a small city known for its robust LGBTQ community.

“I haven’t seen anything like this in years,” former Broward County Mayor Ken Keechl told South Florida Gay News. He called the victory “a rejection of the status quo.”