Gio Bravo was born to a household where cumbia, salsa, norteño music, and merengue were on heavy rotation.

His Honduran mother passed down her love of masculine romantics like Italian singer Eros Ramazotti, charro legend Vincente Fernández, and Marc Anthony. Both of his parents had the kind of voice at which karaoke bar strangers would marvel, though neither ever found their way to a professional career.

Beginning at an early age, they nurtured a similar talent in Bravo. When his uncles came over, Bravo’s Jaliscan father would pass him a quarter for each song that he performed until Bravo’s pockets clinked. When the family went out to eat, Dad would hire mariachis, but it was Bravo who would step in as frontperson, singing popular narcocorridos that seemed incongruous coming out of such a tiny person.

In one of Bravo’s earliest memories, he performed in a frilly dress for a wedding crowd. After dedicating Banda el Recodo’s “Lo Mejor De Mi Vida” to his mom and dad, he took in a deep breath — and started to bawl.

“I think it was because I just love my parents so much that I was overwhelmed by the feeling,” he recalls. Music is the family’s love language, so perhaps it is no surprise that Gio’s journey to self happened largely to a beat and a melody.

Today, 25-year-old Gio is beginning a solo career as a banda singer. Six years ago, he came out as trans to his family and soon after, began hormone replacement therapy and legally changed his name to Gustavo, after his father. This makes him one of the few trans people, if not the only trans person, on the Mexican regional circuit where like the rest of the music industry, the gender roles of romantic hit singles are aggressively binary.

This spring saw the release of Bravo’s first solo album, El Comienzo. He has a line of LGBTQ+ streetwear and is working on a semi-autobiographical web series that follows a singer struggling with his transition within the confines of the music industry. Bravo would like to tour Mexico to meet the fans who have messaged him from banda strongholds like Durango and Sinaloa, but the complexities of security logistics have delayed the plan. 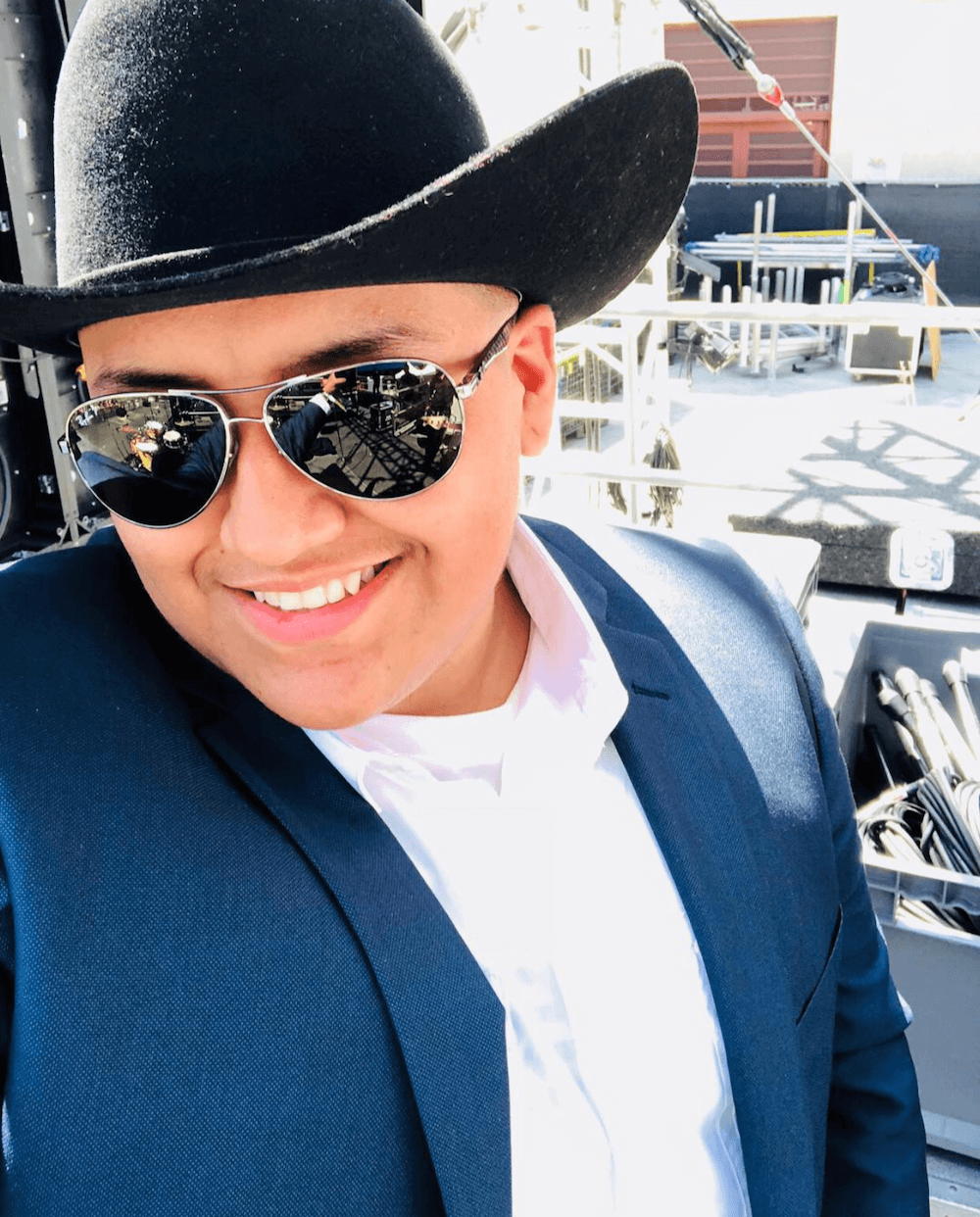 Music has long been both a comfort and a challenge for the singer. At 12 years old, Bravo started writing poems that he slowly realized were meant to be sung. His mother recalls him rejecting dresses from an early age, insisting that he was not a girl. Still, he says it came as something of a shock when he read over his compositions and found that he had been penning love songs from the perspective of a man singing to a woman.

“I didn’t really quite understand that,” he says. “In my family, we didn’t have any LGBT family members or even friends. But I kept writing.”

One day he was washing dishes and, unthinkingly, belted out one of his own melodies. “My mom goes, ‘Who sings that? [Tejano-norteño band] Intocable?’” he remembers. “I kind of panicked because I had never really thought about showing anybody the things that I would write.”

But his mom was as enraptured by his talent as ever, promising to buy ice cream if he’d record a version of the song on his phone and send it to her. Later, in the wake of their parents’ divorce, his sister would insist he mitigate the emotional crisis into which he had plunged by coming out as trans to his mother. His mom’s response: ”It took you long enough.”

Bravo grew up with lots of performer and club promoter friends in the SoCal regional music scene. As a butch-presenting teen, he would climb up on stage at Moreno Valley banda clubs like El Rodeo (back then, known as La Nueva Ronda) to deliver a song or two. His gender identity was something of an open secret.

“I always sung these male-dominated songs,” he remembers. “Of course here and there, you’ll sing a Jenni Rivera song. But that doesn’t count because she’s just a beast, you know?” He remembers the crowds’ cheers being incredibly validating, but he was uncomfortable with the implications of the spotlight involved in having a solo career.

It wasn’t until he had begun HRT that he felt ready to sing his own songs. To complicate matters, Bravo says this is when he began to receive counsel from industry connections to “wait until after your music takes flight and then transition.” The idea was personally abhorrent, a disingenuous way to begin his relationship with fans. He decided that to the contrary, he would make the journey an element of his work. Though his songs do not explicitly deal with questions of gender, Bravo chose “El Transformer” for his artist name, a nod to both his Mexican American heritage and trans identity.

Gio Bravo’s first single was “Que Se Puede Hacer,” a tender, semi-autobiographical ballad about a child watching his parents drift apart. The track is buttressed by blasts of trumpet, one of his favorite instruments, and its music video pairs the singer with Puerto Rican trans actress Juliana Joel. “Ninety-nine point nine percent of the trans-inclusive films or video projects are based around the fact that the person is being outed as trans, or the violence that comes from being trans,” Bravo says. “I wanted to give [Joel] a role that allowed her to be who she is.”

But staying true to his self has not been without its obstacles, none as daunting as the HRT-associated growing pains in Bravo’s vocal cords, which he documented in a December 2017 video. For every wonderfully sung “Que Se Puede Hacer” on El Comienzo, there is a track like “Bienvenidos al Aguaje” that reveals a singer in the process of re-learning their instrument.

“The challenge has been to be able to dominate my voice and notes again,” Bravo says. “I’m excited to say that I will begin working with a vocal coach to really help me take my voice to the next level.”

Despite — or perhaps because — of these limitations, El Comienzo is an album that feels big. For regional music fans, Gio Bravo  is what a new, inclusive era of the genres could resemble. In the last year, he has been booked both to open for long-running norteño group Los Rieleros del Norte and for LA Pride, whose LGBTQ crowd, Bravo says, gave him a newfound confidence in his own stage presence. He seems certain now of his destiny as a singer and takes strength from a Latin phrase tattooed across both his wrists; “omnia mutantur,” which translates to “everything changes.”

“It’s hard to really allow yourself to be visible,” he says. “But the bad times — embrace them, learn from them, try to build yourself from them. When the good times come, it’ll be a walk in the park.”