Who are hookup apps for? In theory, everyone and anyone looking to make a steamy connection. But ask non-binary folks how they feel about these apps, and the answer becomes much more complicated.

I identify as non-binary myself. For me, this means that I don’t fit comfortably into the “man” or “woman” gender boxes, and it feels more true to my experience to use language that acknowledges this. Non-binary people are a diverse bunch — some of us have more fluid experiences of gender, while others don’t relate to the concept of gender at all.

Try explaining this to a cutie on an app, though, and you’ll get mixed results.

“I find myself kind of building a closet to hide in on Grindr,” Teddy, a genderqueer person in Denver, shared with me. “Most people, it seems, don’t want to ‘deal’ with the pronoun and identity stuff.”

I’m very familiar with that closet, as are many non-binary people looking for a good time. Even though I identify as genderqueer, most of my online dating/hookup profiles list me as a transgender man. Rather than getting into the nitty gritty of my genderqueer identity, my approach has consistently been, “As long as you understand that I’m not a woman, I guess it’s fine.”

Turns out, I’m not the only one using shortcuts. Flore, a transfeminine non-binary person living in Canada, echoed the same approach. “I tend to navigate dating apps presenting myself as a trans woman even though I am not one,” they explained. When using hookup apps as a means to an end, it’s often easier to throw the dart at the closest binary target even if that means not being able to show up as your whole, authentic self.

Using these apps while non-binary, then, is a balancing act between honesty and ease. PJ, a genderqueer person based in Tulsa, disclosed a similar dilemma. “It’s easier to just pretend I’m a cis woman on hookup apps. I live in Oklahoma and being openly genderqueer is often met with either confusion or isolation, even from cis LGBPQ+ people.”

That isolation is something I know well, even living in the San Francisco Bay Area.

While I’ve been on testosterone for almost two years, I gravitate towards femininity and am on the waitlist for top surgery. In the realm of “no fems” and non-binary erasure, bodies and genders like mine aren’t necessarily desirable on a platform geared towards queer men (the folks I most often hook up with). The bulk of my experiences on hookup apps, then, have been people who fetishize me or ignore me.

A shared theme among many of the non-binary folks I spoke to was fear. The fear of being mocked, misunderstood, or even attacked was a common thread, particularly among non-binary folks on the transfeminine end of the spectrum. Many had given up on hookup apps altogether, feeling that they didn’t belong or that it was too risky to subject themselves to that kind of attention.

The silver lining here, of course, is that these apps can be used to find other non-binary people looking for a connection. “Conversations usually begin with ‘Oh, you’re genderqueer? Me too!’” Emery, a genderqueer person in Oakland, explained. “It’s a haven among a sea of hatred.” I could relate, as hookup and dating apps had become an unexpectedly useful way to connect with other non-binary people in my city.

While hookup apps themselves are becoming more gender inclusive many expanding their options beyond the typical “male” and “female” the communities within these apps haven’t necessarily caught up. These apps are often viewed as the “fast food” of sex, so there isn’t always a strong incentive to take the time to get to know someone. So while my profile might say “genderqueer” on it, there’s no guarantee that it will be meaningful to everyone that sees it. This creates a pretty noticeable disconnect between the inclusiveness of a platform versus those that use it.

This disconnect could be easily remedied, though, if folks were better educated on how to approach and hook up with non-binary people. This was a shared frustration among many of the non-binary folks I spoke to. “Don’t be one of those jerks that says, ‘So what ARE you?’” PJ explained. “Google is your friend . . . [and] when in doubt about how a person feels about a subject, ask.”

And that’s the golden rule, really, when approaching non-binary folks: Ask, ask, ask. “Don’t make assumptions about what I like in bed, what my body can do, and what I call my genitals,” Flore told me.

It doesn’t have to be complicated, either. Some of my favorite questions are the simplest. “What pronouns do you use? I use he/him.” This is a great way to affirm someone’s gender identity without getting into a lengthy conversation, and it lets the person you’re interested in know that you care about their identity and that you are a safe person to disclose it to.

Another awesome question: “Where do you like to be touched and what’s off-limits?” This can clue you into how this person talks about their body parts (for example, someone who is assigned female at birth might refer to their external anatomy as a “dick” rather than a “clitoris”), and it also opens up a conversation about boundaries (a conversation you should be having anyway).

Notice how none of these questions are terribly involved — while it’d be awesome if everyone had a degree in gender studies, offering someone basic respect doesn’t require that level of education or conversation. Affirming non-binary people in a sexual setting comes down to knowing three important things: (1) What pronouns they use, (2) what they call their body parts, and (3) how and where they like to be touched.

I once had someone say to me, “Tell me about your hottest hookup, so I can top it.” And I actually loved that — it gave me a chance to share what excited me AND model how I like to be talked to and touched. If you don’t want to hear about someone’s past lovers, you can always rephrase it as, “Tell me about your wildest fantasy.” Cheesy, yes, but very effective.

As a non-binary person navigating the world of hookups and swiping right or left, it can be discouraging to try and find partners that make me feel safe and affirmed. When people ask me the right questions, though, it gives me hope that there will come a day when non-binary people don’t have to hide their identities just to get laid. We can have the awesome, affirming sexual experiences that we deserve; it only takes a little effort from our partners.

As PJ told me, “Sex is SO much better when you’re not trying to bang from inside a metaphorical closet.” So what’s my wildest fantasy? Hotter sex — and fewer closets. Can you top that? 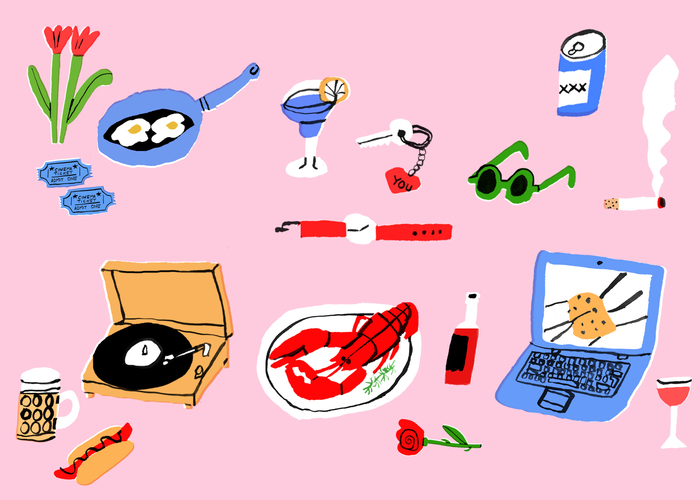