Latin America has seen lot of social and political progress in a very short time. It has not been easy, but right now, 14 countries have passed laws against discrimination based on sexual orientation, 13 countries have some kind of legal process to allow trans people to rectify their documentation and eight countries fully or partially recognize same-sex marriages and civil unions.

In a landmark decision seen as a tipping point, the Inter-American Human Rights Court ruled last January that all its member states across the continent should allow same-sex marriage and recognize self-realized gender identity.

But these advances haven’t been free from backlash. In countries like Brazil, Mexico, Colombia, Peru, Venezuela, and Costa Rica, fringe movements, in their majority led by evangelicals in alliance with the Catholic Church, have unified and strengthened to rally against what they call gender ideology.

This concept (similar to “religious freedom”) has its roots in Amoris Laetitia, a 2016 address on the importance of marriage and family by Pope Francis. Here the head of the Catholic Church warns against “educational programmes and legislative enactments that promote a personal identity and emotional intimacy radically separated from the biological difference between male and female.”

Taking a note from concepts like the “Gay Agenda” and “Cultural Marxism,” those who denounce gender identity claim that behind LGBTQ rights, abortion rights, sex education, and third-wave feminism there’s a cohesive political dogma pushing its beliefs on to the rest of society, particularly children, undermining traditional families and “biological facts.”

An emphasis on biology and a vague “natural order” has been present since the earliest campaigns in France, Italy, and Spain. In the latter, an ultraconservative Catholic group gained international attention driving around Madrid in an orange bus emblazoned with the transphobic message “It’s what biology says: boys have a penis. Girls have a vulva. Say no to gender indoctrination.”

With the phrase slightly changed in English — the references to genitalia were omitted, a message stressing free speech was added — the group managed to drive the bus around Manhattan in March last year. But it has been in Latin America that the concept of gender ideology has become a favorite straw man of religious conservative groups. 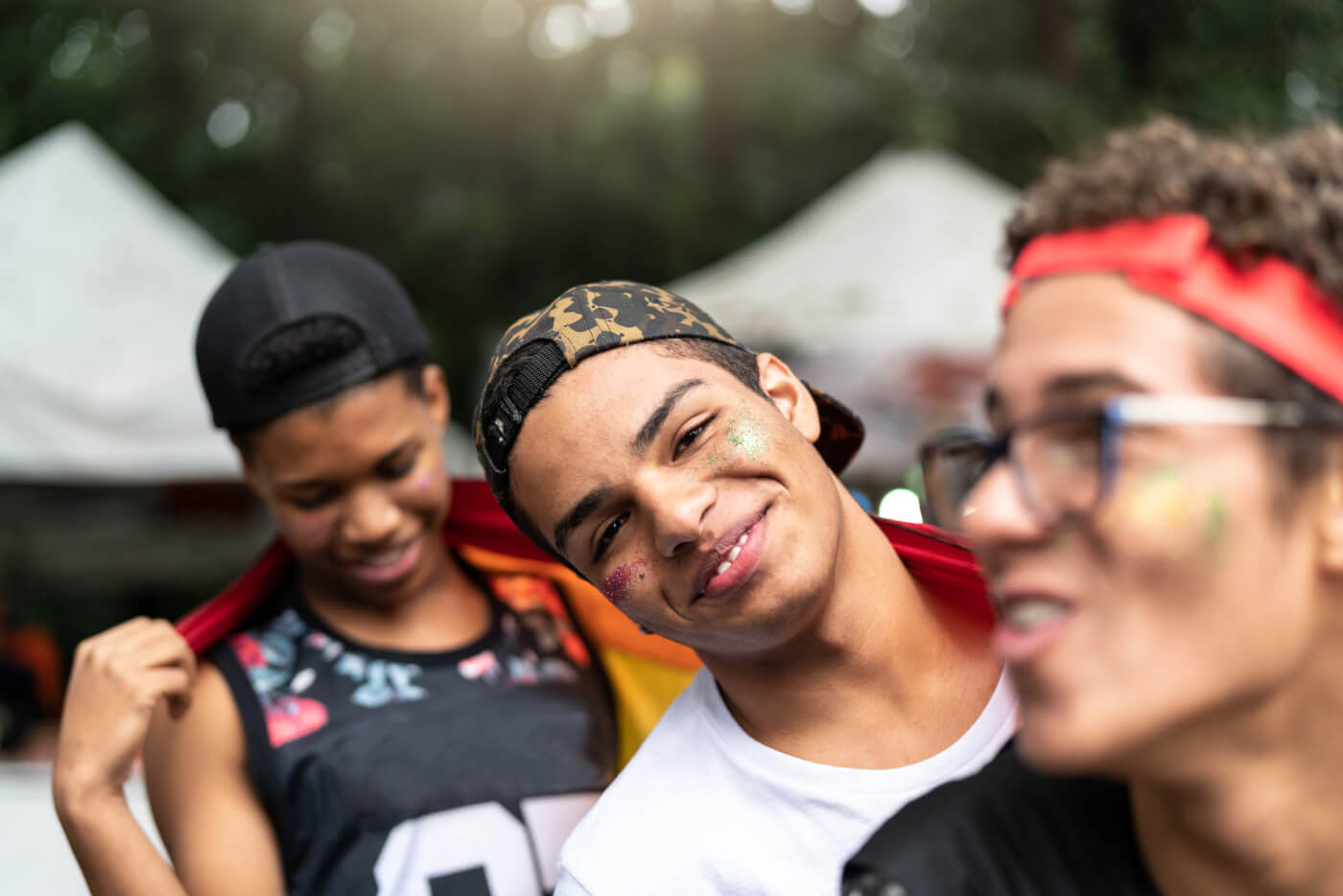 Across the continent, protesters claim they just want to “protect their children” from government interference. Or as Bishop Mauricio Granados from Costa Rica stated: “promoters of Gender Ideology are trying to bring forth a cultural change, for the ‘deconstruction’ of society, starting with family and the children’s education.”

Although the Catholic Church has traditionally been the largest and most powerful religious institution in the region, and in most instances has a long-running relationship with traditional conservative parties, many of these protests have been linked to evangelical movements, which have been growing in numbers and power in the last decades. Many of them have been formed by or at least take inspiration from conservative denominations in the US.

By courting the poorest sectors and demanding a more active participation from its followers, it has created a solid, vocal voting bloc as Latin America’s leftist governments — most of which have advanced the cause LGBT rights— wane as a result of scandals and disenchantment.

In Brazil, where American-style megachurches are on the rise, the largest bloc in Congress is the so-called Bible, Bullets, and Beef Caucus, which has blocked legislation related to LGBTQ rights. They are named after their ties to evangelicalism and their support of less restrictive gun laws and deforestation for the agriculture industry.

In Costa Rica, similar protests and denunciations manifested against the progressive policies of outgoing president Guillermo Solís of the Citizen Action Party. Among the government policies were HRT in public hospitals for trans individuals and the inclusion of sex education in the school curriculum.

Since 2018 coincides with six different presidential elections across Latin America, it has also been an opportunity for these groups to show their strength not only in the streets but also in the polls.

In Brazil, the left has tried to reach out to evangelical groups, most notably with former president Dilma Rouseff assisting with the inauguration of a $300 million megachurch modeled on the Temple of Solomon. Meanwhile, the current conservative president Michel Temer had to dismiss rumors that he worshipped the devil.

Also on the left, Mexico’s recently elected president Andrés Manuel López Obrador’s winning coalition came under fire for the inclusion of the anti-abortion and anti-marriage equality Social Encounter Party which, in addition to an ambiguous response by López Obrador on LGBTQ issues, makes many activists worry.

In some cases, religious leaders themselves have run presidential campaigns that while unsuccessful have managed to move masses and gather clout. This is the case in regards to Costa Rican pastor and deputy Fabricio Alvarado Muñoz, whose unlikely presidential campaign managed in a few months to go from 5 percent of the vote to finishing in second.

Despite losing to Citizen Action Party’s Carlos Alvarado Quesada, Alvarado Muñoz’s party went from having a single deputy to becoming one of biggest factions in the country’s legislature.

Another pastor turned presidential candidate is Venezuela’s Javier Bertucci. The South American nation is currently facing hyperinflation and food shortages, yet Bertucci made his top two priorities constitutional bans on same-sex marriage and abortion, despite Venezuela having one of the highest numbers of teen pregnancy in the region.

There’s a lot of work to do when it comes to LGBT rights in Latin America. The rates of homophobic and transphobic violence are still alarming and the traditional cultural institution of machismo still remains firmly entrenched in many parts of the continent.

The imagined threat of Gender Ideology is nothing but the newest, regional package of age-old prejudices against queer people, which, under the guise of pseudoscience, try to protect traditional heteronormative structures.

Not only this is dangerous for the millions of LGBTQ individuals that make up our community in Latin America, it puts into jeopardy the notable achievements they’ve struggled to earn.