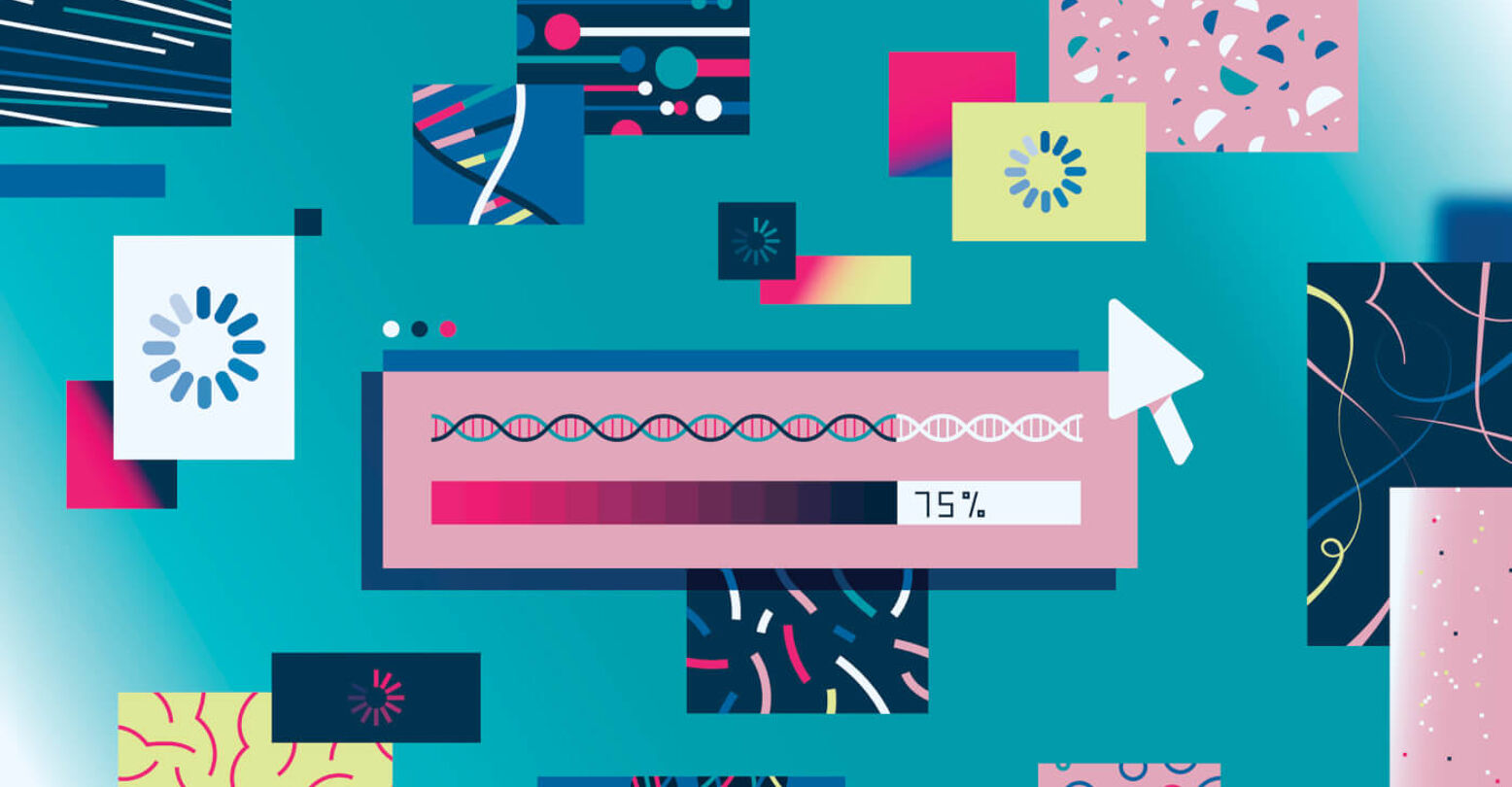 Americans are no strangers to the concept of genetic testing. We can order at-home kits to determine our ethnic lineage, predilection for disease, innate musical talent, and even whether we have a gene that makes us feel disgusted at the sound of other people chewing food. But genetic testing to determine the sex of a person is rare. That’s because most people are assigned a sex a birth by doctors who take a quick glance at a baby’s genitalia before scribbling the words “male” or “female” onto a piece of paper. And genetic testing of citizens mandated by their government is rarer; the eugenics of racial “purity” as championed by the Germany’s Nazi Party comes to mind.

That’s why the Trump administration’s Health and Human Services (HHS) department memo on sex and gender, released to the New York Times this Sunday, came as a relative shock. The memo, which the Times reports has been circulating at the federal agency since spring, lays out a detailed plan to legally define gender as consisting of only two sexes: male and female. The memo appears intended to erase transgender, non-binary, and intersex people out of existence in regards to legal status and identity documents. But perhaps even more insidious is the memo’s proposal to use “reliable genetic evidence” in an “administrable” manner to determine whether a person is male or female — regardless of not only their self-defined gender, but also their body’s current sex characteristics.

“Sex means a person’s status as male or female based on immutable biological traits identifiable by or before birth,” the HHS memo reads, according to the New York Times. “The sex listed on a person’s birth certificate, as originally issued, shall constitute definitive proof of a person’s sex unless rebutted by reliable genetic evidence.”

The memo states that HHS intends to define sex “on a biological basis that is clear, grounded in science, objective and administrable.”

In plain English, the federal government is proposing reclassifying transgender people’s legal sex back to the sex assigned at birth. And if that sex at birth was listed wrong or left unclear, the government wants to put people through genetic testing to ensure a sort of “gender purity,” as it were.

The problem is, according to experts in the field of genetics, sex development, sex verification testing, and intersex advocacy, genetic testing is far from the “reliable evidence” described in the memo. In fact, it often cannot accurately tell us a person’s sex, much less their gender identity. And the HHS memo appears to conflate the concepts of biological sex and gender identity as if they were the exact same thing — which all major medical and psychological associations now agree is not the case.

Jessica Lynch Alfaro, an associate professor and Vice Chair for Undergraduate Education at the UCLA Institute for Society and Genetics, said the methodology described in the HHS memo “doesn’t make sense scientifically.”

Alfaro said the memo contains two major inaccuracies that clash with today’s scientific understanding of sex development. The first thing she highlighted is the use of the phrase “immutable biological traits” in the memo. “Biological traits are not immutable. First they’re saying genitalia at birth, but genitalia, as we know, is changeable,” Alfaro said.

“In terms of the genetics, the developmental process of sex determination and differentiation in humans is complex,” Alfaro said. Several factors contribute to what we call the “sex” of a person, she explained, including chromosomes, hormones, gonads (internal sex organs like ovaries and testes), external genitalia, and secondary sex characteristics that appear later in life.

For an example of how difficult it is to measure biological sex through scientific tests, look to the world of sports. Governing bodies like the International Olympic Committee and the International Association of Athletics Federations (I.A.A.F.) for years subjected athletes to sex verification testing if they performed “too well” in the women’s divisions.

Year after year, the sex of female athletes is called into question, their prowess seen as unfeminine. In 2001, Indian sprinter Pratima Gaonkar committed suicide at the age of 18 after learning she was intersex through mandated sex verification testing. South African running champion Caster Semenya became the public face of sex testing in 2009 thanks to headlines like Time’s “Could This Women’s World Champ Be A Man?”. In July 2015, a court ruled in favor of Indian runner Dutee Chand — who challenged the I.A.A.F. after extensive, humiliating sex testing revealed she had higher levels of testosterone than the measure found in most women.

“What they were essentially saying to people is ‘You’re not actually a woman,’” said Katrina Karkazis, an anthropologist, bioethicist, and author of the forthcoming book Testosterone: An Unauthorized Biography.

Karkazis said that sports organizations used to employ genetic testing to verify sex, but were pressured to stop by medical authorities who said it was unscientific. Now, hormones are the dividing line in sports: “They’ve made an argument that some women have higher testo levels and shouldn’t be allowed to compete with other women unless they lower their testo levels,” said Karkazis.

But the Trump administration’s proposal would affect far more people than the crop of elite athletes impacted by Olympic committee rules (which, by the way, allow transgender women athletes to participate as long as their testosterone levels are at a measurable low).

“The problem here is we’ve reached a point where people have finally been able to match their legal identity to their social identity,” Karkazis said. “But once you can impact someone’s legal standing, there are so many implications. That’s what makes this above and beyond what’s been happening in sports.”

The HHS memo has yet to become official policy, and like so many scares preceding it, may just be one of hundreds of proposals that was never intended to make its way up the chain. But if it were put into practice, it would be relatively impossible to pull off, experts say, because there simply are more than two biological sexes.

Anne Fausto Sterling, a professor of biology and gender studies and founder of the Science & Technology Studies Program at Brown University, first proposed expansion from the dichotomy in her 1993 essay “The Five Sexes: Why Male and Female Are Not Enough,” and then in her books Sexing the Body and Sex/Gender: Biology and the Social World. Sterling made sure to acknowledge that the HHS memo is “really aimed at gender diversity, not sex diversity.” But she says that by trying to use biological sex in conflation with gender identity, the administration is creating its own catch-22.

“It just can’t be done. Sex in the body is not one thing, it’s many layers of things,” said Sterling. “Sometimes the layers all say the same thing, and those are the easy cases. But there’s a significant number of people for whom that is not the case.”

The percentage of the population that falls outside of the biological sex binary is currently estimated to be between 1 and 2 percent. This number includes people with other than XX or XY chromosomes, unusual hormone levels, non-binary genital appearance and function, and differences in internal gonads. That’s a minority, but as Sterling says, “It’s still a lot of people.” And the bigger problem is that those are only the people whose developmental sex characteristics were obvious enough to warrant testing in the first place. If the entire American population underwent rigorous testing of chromosomes, hormones, genital appearance and function, and internal gonads, the chances are we’d find a much higher range of sexual difference.

A 2015 article in Nature quoted clinical geneticist Paul James, who had run routine tests for a 46-year-old pregnant woman looking to screen her fetus for abnormalities. The fetal tests were uneventful, but revealed something that was a surprise to everyone: the mother, about to have her third child, had XY chromosomes and was genetically male.

Sterling said cases like this cause a conundrum in terms of trying to redefine sex: “If this woman is having a baby, which is pretty good evidence of being female, and yet a genetic test turns out that she has a Y chromosome, maybe through a translocation… Do you give priority to the Y chromosome?” Basically, how do we decide which aspects of what we use to define sex are more important than others?

The governing bodies of sports have slowly backed away from the idea that a single physiological factor can define biological sex. Some women have vaginas and ovaries but Y chromosomes, while others have higher levels of testosterone. Does any of that make them less female — especially if, as Dutee Chand painstakingly told the New York Times, they’ve been raised their whole lives with the understanding that they are women?

The experience of learning that your own sex isn’t necessarily what you thought it was is especially acute for intersex people, many of whom discover they were born with sex diversity years into adulthood. That was the case for Dana Zzyym, one of the most prominent intersex names in the news given their ongoing legal battle with the State Department over gender markers on passports. Zzyym was subject to devastating “reparative” surgeries as a child, only to discover later in life that they were due to intersex characteristics.

For Hans Lindahl, director of communications at the intersex advocacy group InterAct, the HHS memo is personal. Lindahl is intersex and says that even though “I’m a feminine person presenting female, I would fail any genetic test.”

“My body looks externally what you would call female, but I have XY chromosomes,” said Lindahl. “My medical records read male/pseudo-hermaphrodite. We’re going to be the wrenches that get thrown into the machine.”

“This would send conservatives crazy,” Karkazis said. “You’d have these women reclassified as men based on chromosomes or androgen insensitivity — so now they’re using the men’s bathroom? No one gave any thought to what this would look like in practice.”

While the very practice proposed by conservatives would bring about the thing they fear, that isn’t slowing down an international movement among right-wing leaders desperately trying to roll back gender diversity. Just last week, the prime minister of Hungary went as far as banning gender studies at universities — apparently confused about what gender studies is as an academic discipline — because he believes they are a threat to binary genders.

“The Government’s standpoint is that people are born either male or female,” Hungarian Prime Minister Viktor Orban’s spokesperson told CNN, “and we do not consider it acceptable for us to talk about socially-constructed genders, rather than biological sexes.”

But people aren’t “born either male or female.” And if governments are going to try to verify a binary concept of sex scientifically, they will fail.

“Sex in the body is something that’s built on layer after layer,” said Sterling. “There’s the layer of chromosomes, the layer of hormones, the layer of genitals and anatomy, that all build towards what we see as male or female. But they don’t always work in concert, which we know. And to try to define it differently is maddening.”