Donald J. Trump is determined to make immigration a top priority on his presidential agenda. Earlier this month, he signed a proclamation, announcing that migrants who cross into the US through the southern border seeking asylum will be ineligible from doing so if they do not enter the country through official ports of entry; however, this proclamation is misleading — and essentially a catch-22. According to Camilo Pérez-Bustillo, Director of Advocacy, Research, and Leadership at Hope Border Institute, “There is no magic to the port of entry… This idea that that’s the legal way to go [is] fundamentally misleading.”

For one, asylum seekers turning themselves in are prohibited from being bailed out of immigration detention by an immigration judge. Their situation becomes precarious as Immigration and Customs Enforcement (ICE) has complete discretion over how long they will be detained. In some instances, people can be held in detention for months at a time.

To make matters worse, ICE may also separate families at these ports of entry, despite the fact that they are not entering without inspection; in other words, they are not breaking the law by showing up at these sites to present their credible fear of returning to their home country. Trans folks are hit the worst by these circumstances. Roxsana Hernandez, a trans woman from Honduras, made this journey a few months ago with another caravan of Central Americans. She made it to the border but died from complications of HIV inside a detention center for lack of care. The officers detaining her neglected her needs as an HIV positive person, and as a result, she died from pneumonia on May 25. The San Francisco-based LGBT Asylum Project reports that more than 75 countries criminalize homosexual conduct. Violence against LGBTQ persons in El Salvador is reportedly widespread as gang members and other sectors of society target these people in particular. 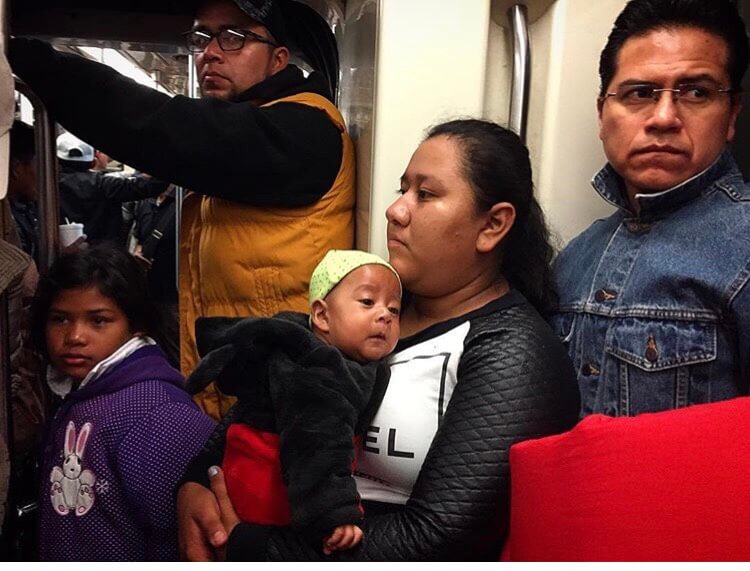 In 2015, Aldo Alexander Peña — a transgender man from El Salvador — was assaulted by Salvadoran national police officers for a trivial dispute between him and a bus driver. The incident was enough to provoke police to fracture his eye socket and break his jaw. Studies in 2008 show that a total of 93 killings of trans people were reported in 13 Central American and South American countries; these two regions roughly make up about 80 percent of the global killings against trans folks, on average. Some trans folks make it out alive while others aren’t so fortunate; however, many that do make it out are advocating for their communities.

Victoria Castro is a Health Educator at El/La Para Translatinas, a non-profit located in San Francisco that emerged in 2006 to serve migrant trans women in The Mission District. The organization has been around for more than 10 years and has dedicated their work to empowering trans women to find community and support amongst their peers. Castro now helps advocate for trans Latinas after fleeing her hometown in Ahuachapán, El Salvador.

According to Castro, she was misgendered and antagonized for being trans in her home country.

“I fought for many years against discrimination in educational centers where they wouldn’t refer to me as a transgender woman,” she told INTO.

Trans women risk their lives to make the journey to the U.S. because they lack medical resources to support their transition, and in some cases, they don’t have access to HIV medication that can potentially save their lives. Despite those systemic hegemonies, Castro managed to study human rights in college. However, circumstances in El Salvador grew far worse, and Castro says she had no other option than to flee to the United States for fear that people would harm her, or even kill her.

“Violence, hate crimes, and surviving an attack against me for being a trans woman, made me feel obliged to leave my country,” she said. 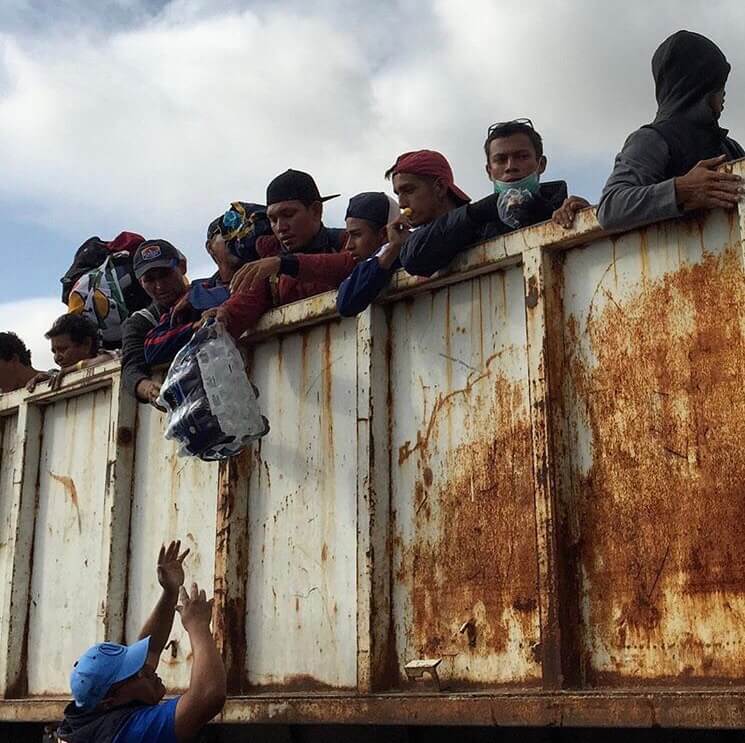 Her journey through Mexico was dangerous, but she managed to surrender at the US border and declare herself an asylee. Shortly after Castro presented herself at the border, ICE took her in.

“After I arrived at the United States border in search of asylum, I was detained in a detention center where I again suffered the discrimination and stigma of being called a man,” Castro said. After they released her she stayed in a shelter in Los Angeles, as she prepared her journey up to San Francisco where she would later become an advocate for her new community.

“I was able to move to San Francisco thanks to the help of my friend who introduced me to El/La Para Translatinas,” she said.

Castro’s story is one of the many stories that we hear about LGBTQ folks migrating to the US in order to avoid persecution. Despite these stories of perseverance and triumph, Trump and his followers view these brave people as criminals and invaders, deeming it a national crisis against the Central American caravans making their way through Mexico.

These people are traveling, on average, about 20 miles a day; some of them are mothers carrying their infants. They are coming from places like Honduras, Guatemala and El Salvador. These are countries that have been hit hard by U.S. foreign policy, such as Hilary Clinton’s support of the 2009 Honduran coup d’état, which resulted in “tens of thousands of refugees fleeing for safety in the United States.”

A few organizations are supporting these caravans. One is called Pueblo Sin Fronteras (PSF). For more than 15 years, PSF has been advocating for some of the most vulnerable migrants making their way to the United States. Another organization preparing for the mass exodus of LGBTQ refugees, particularly trans folks, is Casa Ruby, located in DC. Their Executive Director, Ruby Corado, is a trans woman from El Salvador who fled her home country 30 years ago during the civil war that killed over 75,000 people. She understands what the LGBT contingent is going through.

“People are put into detention and are sent to different jurisdictions, which makes it difficult to help,” Castro said. And she is ready to receive folks from the caravan with open arms. “They said they want to come to Casa Ruby,” Corado said.

Many of the folks in the caravan are currently in Irapuato, Guanajuato, and Guadalajara. The trans women joining this mass exodus come from Honduras and El Salvador. Making this journey together is one of the safest ways to travel; however, they still run the risk of death. Unfortunately, it isn’t safe for LGBTQ folks to make this arduous journey alone, which is why these mass exoduses are organized for their safety.

According to Xochitl García, who is one of the members of the mass exodus and a citizen of Nicaragua, people are dispersing, which is not part of the plan. Some of the organizers are trying to retain order by grouping folks together so they won’t get lost on their way to the United States. Garcia said that the situation is getting difficult for them, especially now that the children are getting sick as the weather changes temperature. The LGBTQ contingent arrived in Tijuana last Sunday, and about 4,000 other people remain in Guanajuato.

While the LGBTQ contingent remains in a state of uncertainty, they reached their destination. Many LGBTQ migrants risk it all to set foot on US soil; and if this country allows them the opportunity to stay, they can advocate for their communities. Castro said that El/La Para Translatinas has been a great source of support.

“The program has allowed me to attend different workshops and pieces of training that has helped me improve my personal and professional skill sets,” Castro said. “I graduated from the training ‘Luchadoras,’ which empowers trans women, and now I am accredited as a counselor.”

Should other migrants be able to make it through, they will hopefully be able to benefit from services LGBTQ organizations are looking to provide.

Images via Getty and Andalusia Knoll-Soloff