Being a teenager is hard enough. It’s even harder when the other students at school pelt you with candy and tell you to kill yourself.

Kansas’ Olathe Northwest High School attracted national attention last month when members of its Gender-Sexuality Alliance were targeted with hate during the annual homecoming parade. As LGBTQ students marched in the Sept. 21 parade, a group of their classmates allegedly chanted “Make America Straight Again,” referencing Donald Trump’s 2016 campaign slogan. GSA members claim that hecklers shouted: “You’re not welcome here!” and “Burn their flags!” They were called “faggots,” and at least one student alleges she was told to end her life.

The boxes of candy that were subsequently hurled at them added insult to injury.

Jake Bartley, a senior at Olathe Northwest, says that the trouble began earlier that week. To celebrate Homecoming Week, the school has different themes every day. One day was “Twin Day,” and students were invited to participate by dressing like each other’s doppelgangers. The day of the rally was “USA Day.” Many kids showed up wearing Trump hats. Bartley says there were at least two red caps in each of his classes.

“I feel like a lot of people saw this coming,” Bartley tells INTO. “Being so close to the election and living in such a conservative area, there was bound to be tension.” 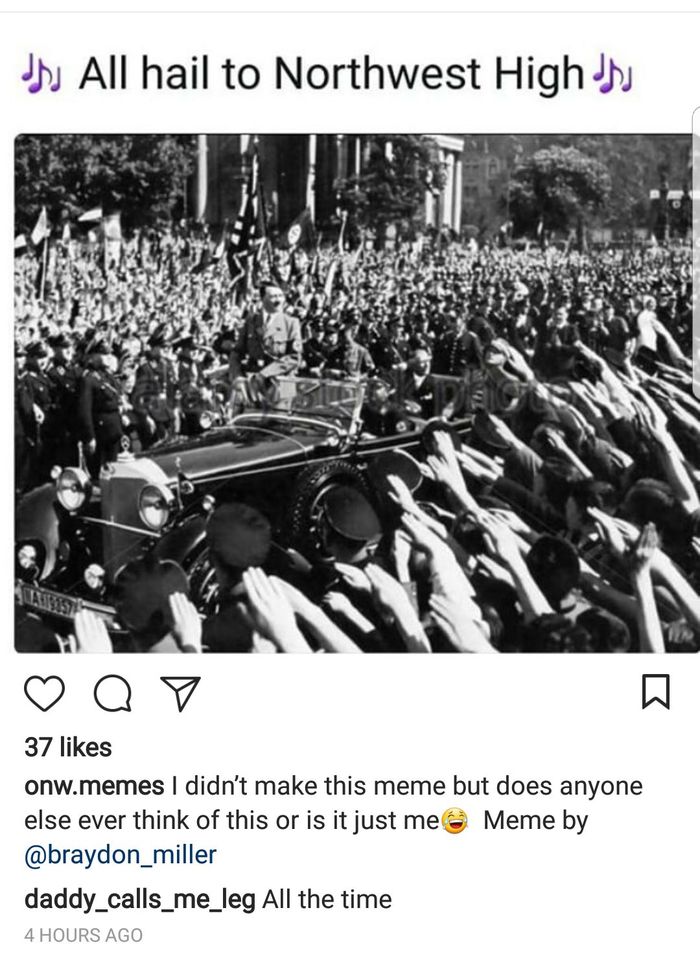 Fifty-seven percent of Olathe residents voted for Trump in the 2016 election. The hate that fueled his victory has trickled down into Northwest’s student body, residents say. After the president’s November win, Olathe parent Cassandra Peters claims that the Gadsden flag, which reads “Don’t Tread on Me,” became a common sight on campus. A favorite of the Tea Party, the yellow banner depicts a rattlesnake ready to strike. It’s become so synonymous with racial hatred that the Gadsden flag was the subject of an EEOC discrimination case in 2016.

Peters says that after the election, a student at Olathe walked up to a black transgender classmate and flashed his Confederate flag belt buckle. She calls it a “threat.”

“On the surface, people might wonder what the problem ishe didn’t actually do anything,” Peters explains in a phone interview with INTO. “But it’s a statement. The Confederate flag is violence toward the black community.”

This phenomenon is not specific to Olathe. Following the election, Kansas City Anti-Violence Project Youth Project Coordinator Melissa Brown says that schools across Kansas and Missouri have seen an uptick in “violence and discrimination happening against LGBTQ students.” She claims the most affected groups are queer and trans youth of color, who live at the intersections of oppressions.

But the cases that come through the Anti-Violence Project’s doors every day have been largely “brushed under the rug” by school administrators, Brown says.

Following the homecoming parade, Olathe Northwest Principal Chris Zuck emailed a letter to parents addressing the incident in very broad language. The note claimed that “one of [the school’s] groups” had been targeted at the event, but it did not say that the harassment involved LGBTQ students.

“Hateful comments directed toward any student or group of students have no place at ONW,” read the message sent to parents the evening after the rally. “Every student deserves to feel comfortable and safe at school and this is the collective responsibility of every person who walks through our doors. We must practice kindness, compassion and acceptance every day in our classrooms, hallways, campus and community.”

Brett Hoedl, a lifelong resident of Olathe, claims that the initial response “whitewashed the issues.”

“It didn’t say anything related to what was yelled at the kids, the slurs, and the violence,” Hoedl tells INTO over the phone. It felt like a perfect opportunity to reaffirm that they support the LGBTQ kids. Instead, they didn’t tackle the issues head-on. And honestly, it feels like that emboldened some of the kids to just keep doing it.”

That’s precisely what happened. After the homecoming incident, the students responsible for the attack on the LGBTQ group kept targeting them online. The messages are as numerous as they are painful. On the Twitter account @onw_slanders, an Olathe Northwest student refers to the GSA as “self-entitled bigots” who “believe that they should be treated special.” In another tweet, the anonymous student adds, “What are you fighting for you already have rights [sic].”

That’s one of the tamer responses. 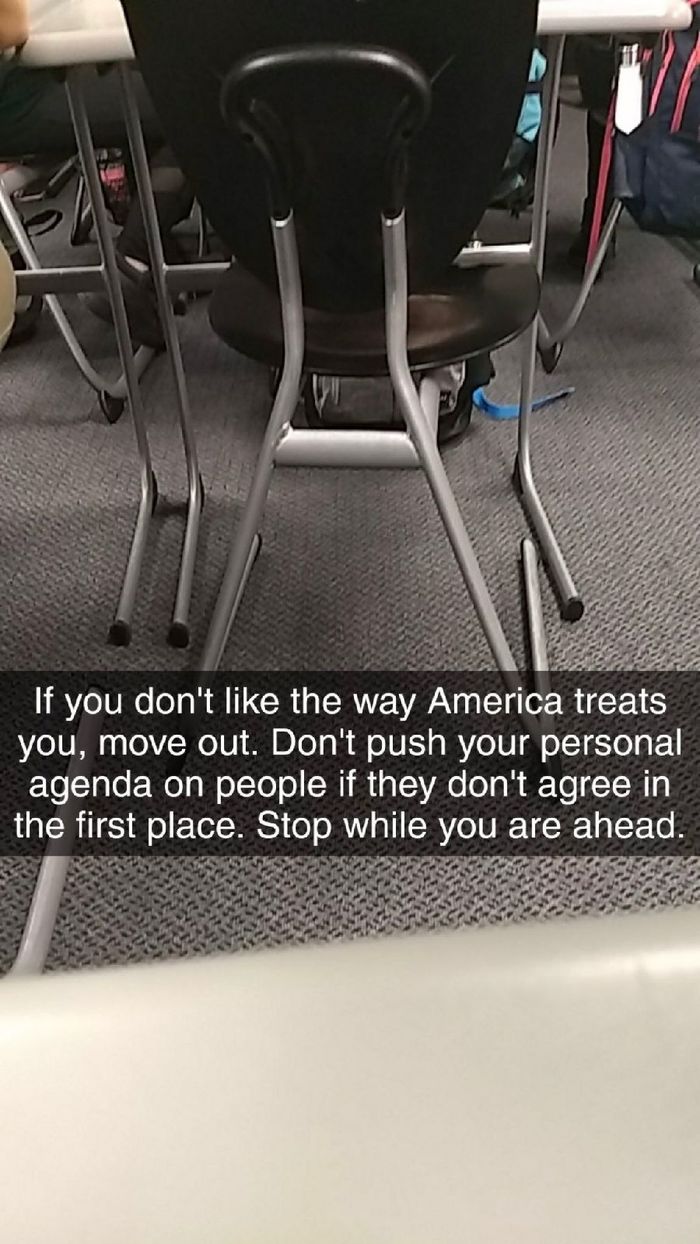 Another anonymous Twitter user, whose bio reads “vote no to the gays,” posted a video of a Christian pastor urging the death penalty for homosexuality. Other Olathe students call members of the LGBTQ group “ugly” and the “biggest jokes” at school, claiming that their queer and trans classmates are “like the leftovers nobody really wants.” A meme shared on Instagram suggests that the solution to Northwest’s LGBTQ problem is Nazism.

That hatred came home to roost the week following the homecoming parade. Bartley says that some of his peers formed an anti-GSA organization.

“There’s been retaliation by people who did throw the rocks and did harass people,” says Bartley, who identifies as an LGBTQ ally. “There was this club formed that was going to be a ‘Straight Pride Club.’ They changed the name to the ‘Young Republicans Club’ so it got approved by the school. The school board had to accept it so it didn’t seem like discrimination against Republicans.”

Hoedl says that as the parent of a gay middle schooler who was considering enrolling at Olathe Northwest in a few years, the situation is “heartbreaking.” “I thought we were past this as a community,” he sighs with palpable frustration.

As these attacks escalated, administrators initially denied that there was even a problem. Erin Dugan, the assistant superintendent for Olathe Northwest, told local radio station KCUR that there was “no credible evidence” that LGBTQ students were bullied the day of the homecoming parade. She added, “There are lots of stories and rumors about different things that were said, whether or not mobs of kids were chanting.”

Olathe Northwest did not respond to requests for comment on this story.

After multiple unreturned calls to the school principal, Hoedl was heartened by the most recent letter from Zuck. That message, which was sent out to parents on Sept. 28, finally stated that the bullying targeted LGBTQ students. Hoedl tells INTO that he is “happy with the progress” the administration has made so far.

Others are less upbeat about the school’s response. Although the school offered informal counseling with the GSA sponsor following the attack, it has not provided those resources since. Missy Koonce, a theater director and community advocate in Olathe, says that the LGBTQ students at Northwest are soldiering forward: “They come from a long line of self-preservation.” But they need space to cope with the trauma they experienced.

Peters, who also serves as founder and executive director of the LGBTQ youth center JoCo Q-Space, says that she doesn’t believe the administration’s actions are malicious. They just illustrate a lack of education when it comes to interacting with queer and trans students. When Peters’ son wanted to change his name in the system at school, she claims that administrators called to ask her permission. She knew that her son was transgender and was supportive of his identity.

Her son was lucky. Peters says that potentially outing a trans student to his parents could have devastating consequences: If his parents weren’t so affirming, he could have been kicked out of his home.
“When we have a young teenager who was killed because they were transgender, it really hits close to home,” she says, pointing to the murder of 17-year-old Ally Steinfeld in Missouri. Steinfeld was burned alive and her eyes were gouged out, an incident officials refuse to call a hate crime. “That was the state right next to us.”

Brown, who works with schools every day through the Anti-Violence Project, says that teachers and administrators often receive very little instruction on LGBTQ issues. Faculty in the state are only offered a one-hour workshop on proper terminology, if even that. She believes that Olathe Northwest needs “intense training” to meet the needs of its queer and trans student population. That work, Brown says, begins by calling this incident what it was: “hate violence.”

“These are acts of hate,” she claims. “These are the same types of incidents that cause events like Pulse to happen. It’s very real and something needs to be done about it.”

But while the school works to respond to the controversy over the homecoming parade, the wider community in Olathe has largely stood in solidarity with the Gender-Sexuality Alliance. Nearly 150 allies gathered across the street from the school on Sept. 26 carrying balloons and rainbow Pride flags. A transgender nine-year-old wore the trans banner as a cape, wrapping herself in pink, white, and blue. Peters says that local residents have sent LGBTQ students letters and cards with messages of support.

Peters says that the town wanted to send queer and trans youth a message: “We are with you, and you are strongbecause we’ve got your back.”

A lot of healing still needs to be done, however. Bartley claims that many of his LGBTQ friends have been missing school and are scared to show up to classes. Some have stopped wearing their Pride buttons, in fear that what took place at the parade could happen again. “They don’t want to relive the worst day of their lives,” Peters says.

Community advocates met with the Olathe school board on Thursday night to address solutions, Peters says. This story will be updated as that conversation develops. 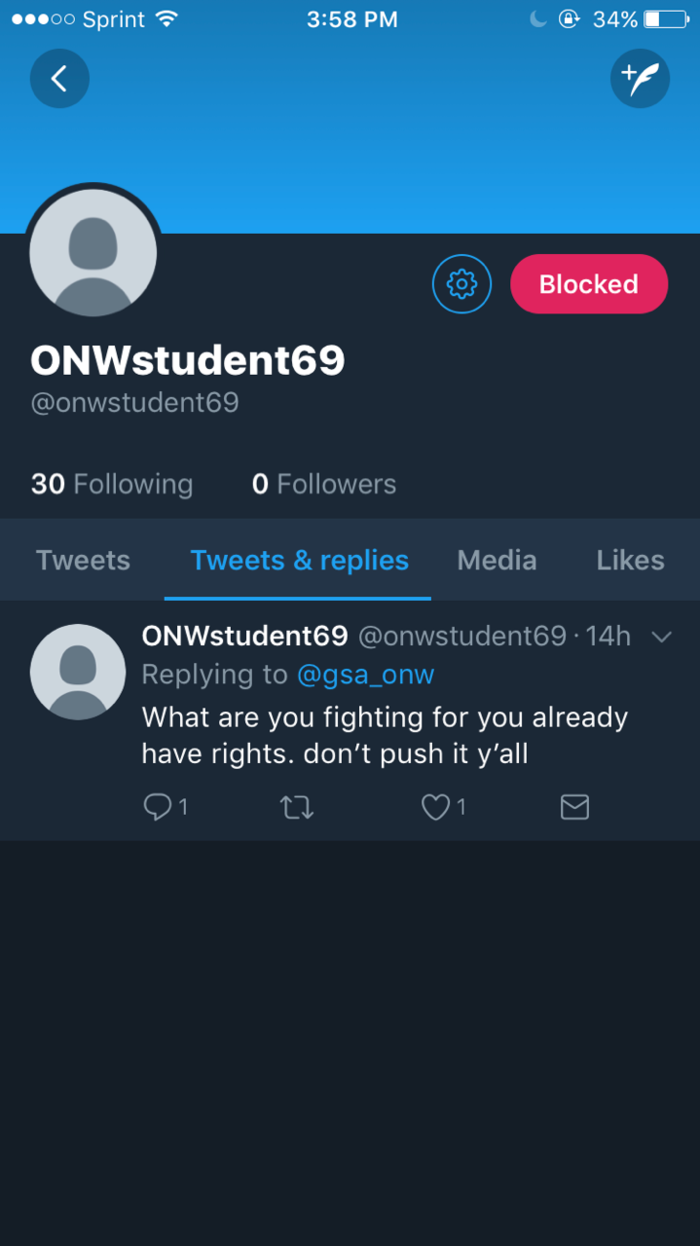