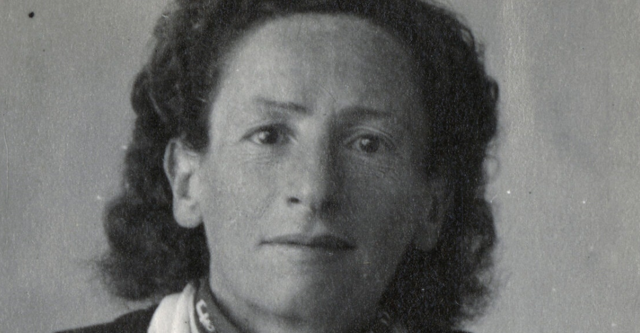 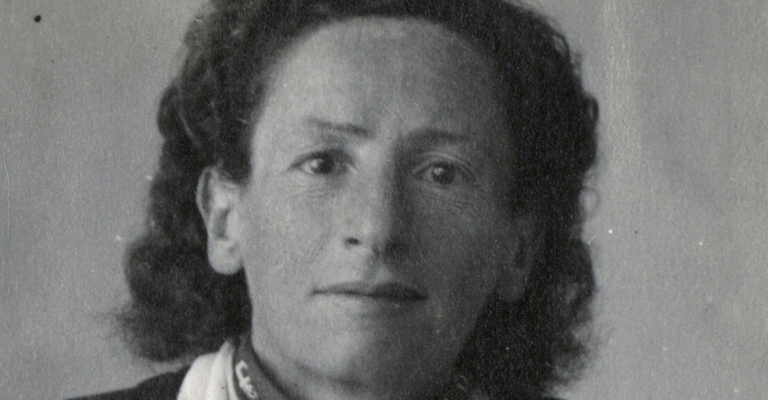 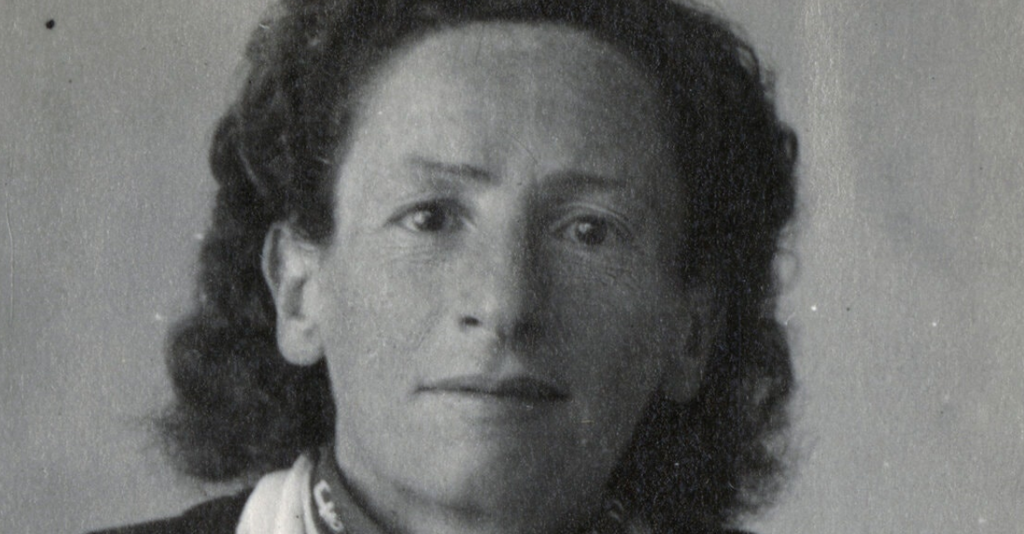 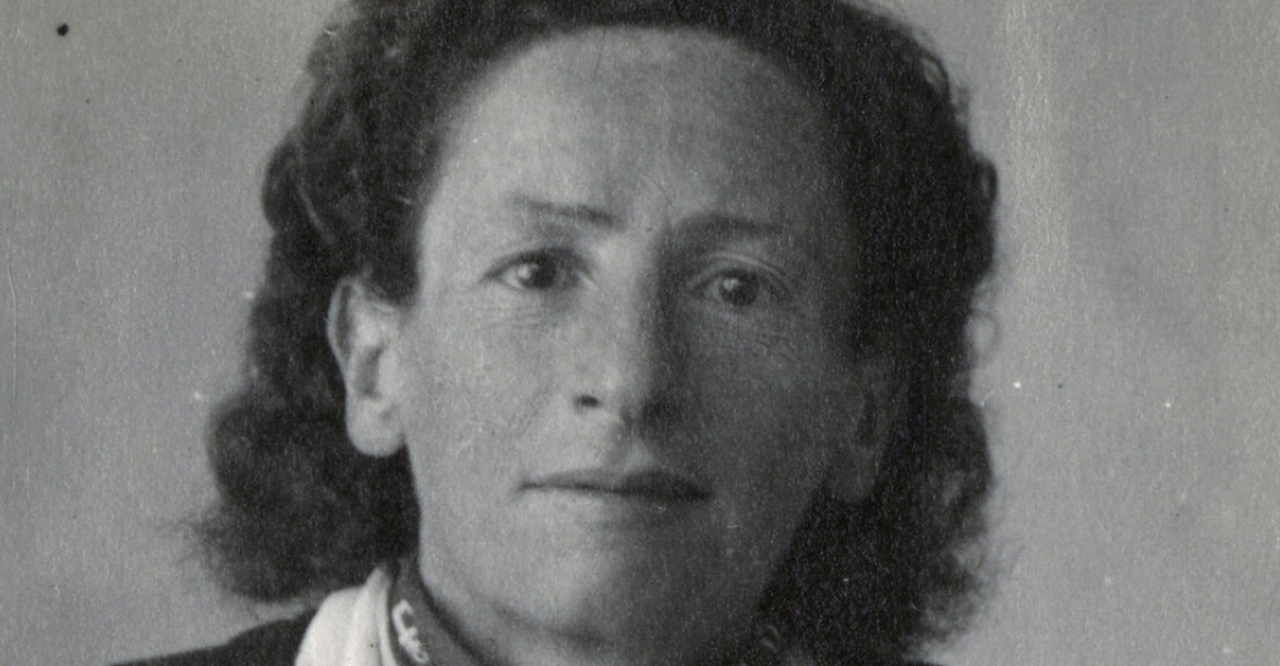 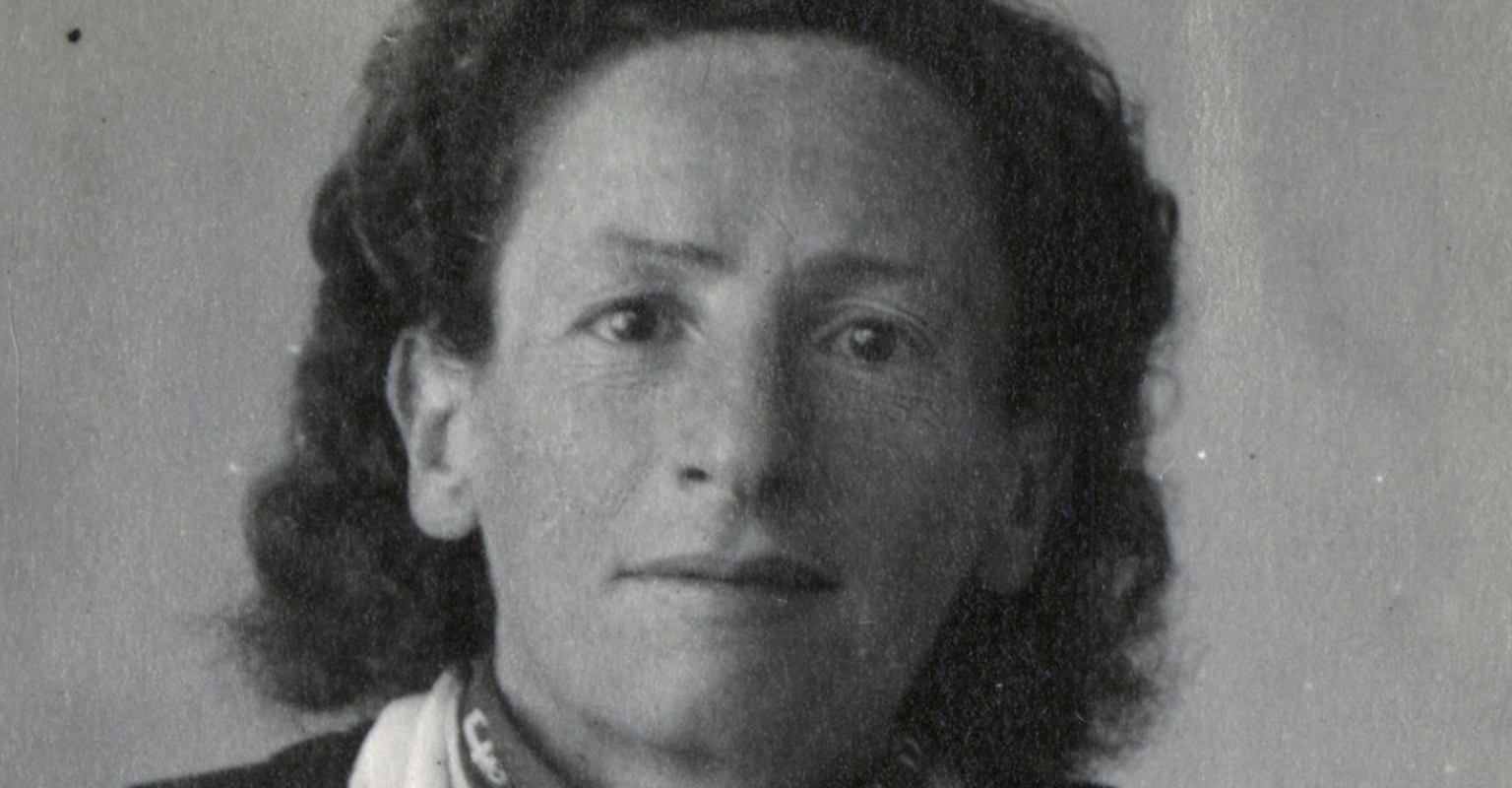 In 1925, Eve Adams published “Lesbian Love,” a collection of short stories and illustrations telling the stories of queer women she’d met at home in Greenwich Village and on her travels as a saleswoman of periodicals. In 1943, Eve Adams was taken to Auschwitz. In 2021, we’re rediscovering the life of Eve Adams as a trailblazer for lesbian literature and activism.

Adams was born Chawa Zloczower in Mlawa, Poland. Her birthday is believed to have been June 27, 1891. At age 20, she left Poland for America, arriving alone at Ellis Island in New York on June 4, 1912.

She assumed the English translation of her first name, Eve, and for her last name, she embraced what biographer Jonathan Ned Katz described as “her androgenous persona” and combined “a bit of Eve, a bit of Adam” for a name that best fit her gender expression: Eve Adams.

In New York, Adams ran a lesbian-friendly tearoom in Greenwich Village called Eve’s Hangout. This is where she distributed “Lesbian Love,” written under the pseudonym Evelyn Addams. At the time, books like Adams’s were considered indecent and were often burned. The 150 copies of “Lesbian Love” disappeared, and with them, so did Adams’s story.

Adams was a rebel in America: besides living openly as a lesbian, she kept the company of revolutionaries like Emma Goldman and Alexander Berkman and controversial author Henry Miller. Records show that the US government considered Adams an “agitator.”

In 1927, Adams was arrested by an undercover cop who obtained a copy of “Lesbian Love.” The book was deemed indecent and Adams, after being held on several charges including disorderly conduct, was convicted. She spent 18 months in jail before being deported to Poland.

Adams spent the 1930s in Paris, where she wrote about her time in prison and sold forbidden books. In 1933, she met Hella Olstein Soldner, a German cabaret singer, a meeting Adams later described as “fate.” To a friend, she also called Soldner “a most beloved girl.” The two lived together from then on, though their relationship was never openly described as romantic — you can be the judge of if the two were just “gal pals” or something more.

In 1940, as German troops were approaching Paris, Adams and Soldner fled to the south of France. Research suggests that while there, they aided the Resistance. The women were arrested in Nice in December 1943 and taken to the Drancy internment camp.

Later that month, Adams and Soldner were taken, along with 850 Jews, to Auschwitz. Only 31 of those on that trip survived to liberation in 1945, and though there’s no record of their deaths in the camp, the women were not among those to make it out. With Adams’s death and separation from her family, her memory was, for a long time, lost.

In 1999, Nina Alvarez, then a college student in Albany, New York, found a book in the lobby of her apartment building. She picked it up and unknowingly became the owner of the sole remaining copy of “Lesbian Love.” The book has since been reprinted.

“I feel Eve with me,” Alvarez told the New York Times. “I sense she was a fierce person who knew what she wanted.”

Adams is also being memorialized in Paris, where a street in the 18th Arrondissement now bears her name in honor of her contributions as a “pioneer activist for women’s rights.” There are also a school and nursery named after her there, and a dedication ceremony involving the Polish and American embassies will take place this fall.

There’s still much more of Adams’s rich life to discover, no doubt, considering her endless exploration of the world and her hunger for new experiences. Responding to a friend asking her for a book chapter, she once wrote:

“Why, my dear man, if I wanted to write my experiences of my wanderings and people and adventures which still continue with every blessed day, it would take me years to write and I could fill volumes, not chapters.”