When Grace Fisher first ran the Boston Marathon in 2016, it was a life-changing event.

“It was empowering and satisfying, like a weight had been lifted,” Fisher tells INTO, calling the experience “exciting, joyous, and peaceful.” She says it was “like all the pieces finally fell into their right places.” This would be fairly typical of many people’s experiences running the marathon, except for one difference: Fisher is a transgender woman.

Fisher was one of five trans women allowed to compete openly in the Boston Marathon after officials with the race announced that transgender people would be able to register as the gender with which they identify. The decision triggered similar moves in cities like New York, Chicago, and San Francisco, which confirmed to INTO last week that trans women would be allowed to compete as women following the creation of a Care2.org petition.

The decision was widely heralded as overdue progress, even despite the fact that many races had these policies in place for years. Right-wing critics, however, threw a fit.

Assuming that trans women are the same as men, the conservative website Daily Wire claimed, “the embrace of ‘inclusion’ over ‘fairness’ has resulted in an increasingly competitive field.” Paul Hruz of the American College of Pediatricians (ACPeds), a hate group disguised as a reputable medical organization, told LifesiteNews: “They really, from a biological standpoint … are still … feminized males rather than true females.”

Meanwhile, former Breitbart Editor-at-Large Ben Shapiro predicted on his Facebook Live podcast that “biological women [would] never win a marathonever” if trans women are allowed to compete against them.

These assertions are hyperbolic and wrong, but let’s start with one thing that is true: Higher levels of testosterone give a competitive advantage.

Bodybuilders and weightlifters began using synthetic steroids in the 1950s. The former East Germany and Soviet Union used it to enhance the athletic capabilities of both their male and female athletes at the Olympics to levels no one believed possible in human beings. Testosterone does boost performance in endurance by increasing muscle mass, reducing body fat, building heart strength, increasing metabolism, and increasing red blood cell count.

As a result, the International Olympic Committee (OIC) has tested for performance-enhancing drugsincluding testosteronesince the 1968 Summer Olympics.

Testosterone is why Dr. Bob Girandola of the University of Southern California warned against allowing trans women to compete in the Boston Marathon. Girandola, an associate professor in the Department of Human Biology, told the Associated Press: “If they still have male gonads, they will have an advantage over other womenthere is no way around that.” 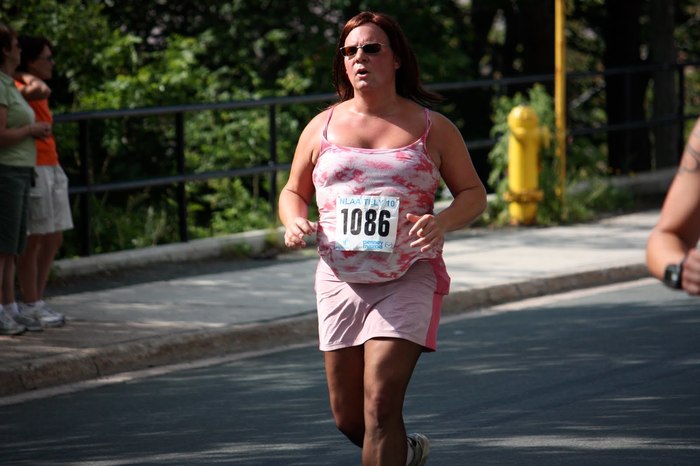 Critics might point out that IAAF rules for transgender athletes only come into play if a runner wins a prize or sets a record. A trans woman who has not undergone a medical transition could then have an advantage in earning a qualifying spot. However, the transgender women interviewed for this article claimed to have scrupulously followed the IAAF guidelines.

“2014 was my first Boston Marathon,” said Fisher, who ran the Boston Marathon as a woman in 2016 and 2017. “I had been on hormones since 2009. […] But 2016 was first time with over a year of [Hormone Replacement Therapy] and sufficiently low testosterone levels. I felt justified then, that I was OK competing against women, on a fair level.”

“Just as in any aspect of life, whether running or not, it’s liberating to be able to present as myself, to simply be my true self,” she added. “This is me. Whether on the roads or the trails, at home or at work, this is who I am.”

The scientific research into the topic has found that trans women who have medically transitioned perform at the same levels as their cisgender counterparts. The key factors are reducing testosterone levels to normal female levels and time spent at those levels. Scientists and doctors who work with and study transgender athletes have reached a consensus on this matter: After spending about a year at female testosterone levels, transgender women have lost whatever advantage they might have had previously.

When INTO interviewed Dr. Harper for this article, she mentioned there is a more in-depth study of trans endurance athletes underway. In this new study, researchers are tracking performance over the course of transitioninstead of just before and after. The work appears to be validating earlier results.

“We have a transgender triathlete in the study,” she said. “Her performance has dropped by 15 percent since she began medically transitioning nine months ago.”

“Although there are important differences between transgender and cisgender women, the two groups can engage in equitable and meaningful competition in endurance events, once trans women have undergone appropriate hormone therapy,” Dr. Harper continued.

Chief of Medical Genetics at UCLA Dr. Eric Vilain concurred with Harper’s assessment, recommending the NCAA’s requirement that trans women block testosterone for one year prior to competing.

“Research suggests that androgen deprivation and cross sex hormone treatment in male-to-female transsexuals reduces muscle mass,” Vilain wrote in the NCAA guidelines. “Accordingly, one year of hormone therapy is an appropriate transitional time before a male-to-female student-athlete competes on a women’s team.”

Dr. Nick Gorton of the American Board of Emergency Medicinewho also works as a medical legal consultantworked on the NCAA policy for transgender student athletes in 2011. Gorton repudiated the false belief among conservatives that a history of testosterone exposure confers a permanent advantage to trans women. “Transgender student-athletes fall within the spectrum of physical traits found in athletes of their transitioned gender, allowing them to compete fairly and equitably,” he wrote in his defense of current NCAA policy.

This is why the theInternational Olympic Committee, the United States Track and Field Association and, the IAAF all base their eligibility on hormones rather than specific surgeries. Transgender women must be on testosterone suppression for at least a year before being allowed to compete as women, as in the NCAA guidelines.

Additionally, trans men become ineligible to compete as women as soon as they start testosterone.

In many ways, though, transgender runners are old news. Trans women have been racing competitively as women for years without issue. Runner’s World profiled Janet Bowman back in 2005, while Jennifer McCreath ran the Boston Marathon as a woman in 2010 after having competed in the men’s category in 2008 and 2009.

“I qualified for Boston for 2010 on the basis of having run the 2008 Toronto Waterfront Marathon as a female in 3 hours, 42 minutes, and 26 seconds,” McCreath tells INTO over email. “I had lengthy conversations with officials at the BAA office and they were quite happy to accept me. In 2010, I was post-op, and at that point, I felt it important that I no longer be classified as male.”

“In the end, it was a happy outcome for me,” she adds.

For all the individual benefits of including transgender athletes in sports, it’s difficult to find evidence of harm to the integrity of the sports themselves. For those concerned about the threat of trans supremacy, there have been very few well-known transgender athletes, and none of them ever dominated their respective fields.

Renee Richards sued the United States Tennis Association in 1976 to compete as a woman after transitioning medically. Richards had a short four-year career, never won a Grand Slam event, and never ranked higher than 20th. Fallon Fox was a mixed-martial-arts fighter who medically transitioned in 2006 and was forced to come out as transgender in 2013 after her first two fights. However, she never fought in the top leagues, lost a match, and is effectively retired after six bouts.

The most successful transgender athlete today isn’t a transgender woman; he’s a 38-year-old transgender man named Chris Mosier. Mosier is on the U.S. Men’s Duathlon team, was 2nd in his age group at the 2017 World Championships, and won two races in 2014. 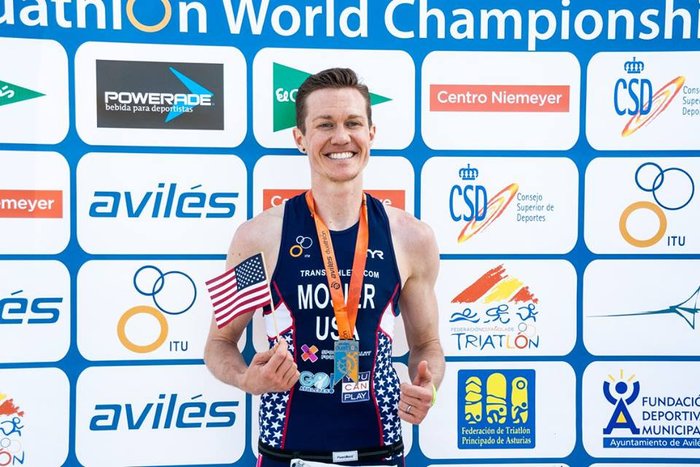 While transgender athletes have been allowed to compete in the Olympics since 2004, no openly trans person has been on an Olympic team, much less medaled. Since the IAAF began allowing transgender women to compete based on hormone levels, it has hosted eight world championship race events. Not one openly trans woman has qualified for any IAAF championship meet (much less won one) in those years.

In short, transgender people have been allowed to compete for over a decade without driving cisgender competitors of the sportas critics fear. Any notion that allowing transgender people to participate in athletic events will damage the integrity of these institutions is entirely baseless.

What would, however, lead to the discriminatory harm conservatives predict is forcing trans women to compete as men. The result would be the end of many athletes’ professional careers or their lifelong dreams.

“Being forced to compete as male would be the end,” Fisher claims. “I couldn’t race [in the Boston Marathon]. It would definitely be a big disadvantage.”

It has been suggested by somesuch as Dr. Girandolathat trans people be put in a separate category altogether. But given how few transgender runners there are to begin with, this is not a viable solution. Additionally, forcing minority groups to compete in separate and inferior leagues has a highly distasteful connection to America’s history of segregation. Athletes like Jackie Robinson spent years breaking down barriers, just to have the uninformed trying to put them back up.

Being able to compete is an empowering life experience for any individual, and proposals to force transgender women to compete as men would effectively leave them on the sidelineswhile serving as a humiliating reminder that they are a marginalized “other.”

As my great-grandfather used to say: “If it isn’t broken, don’t fix it.”