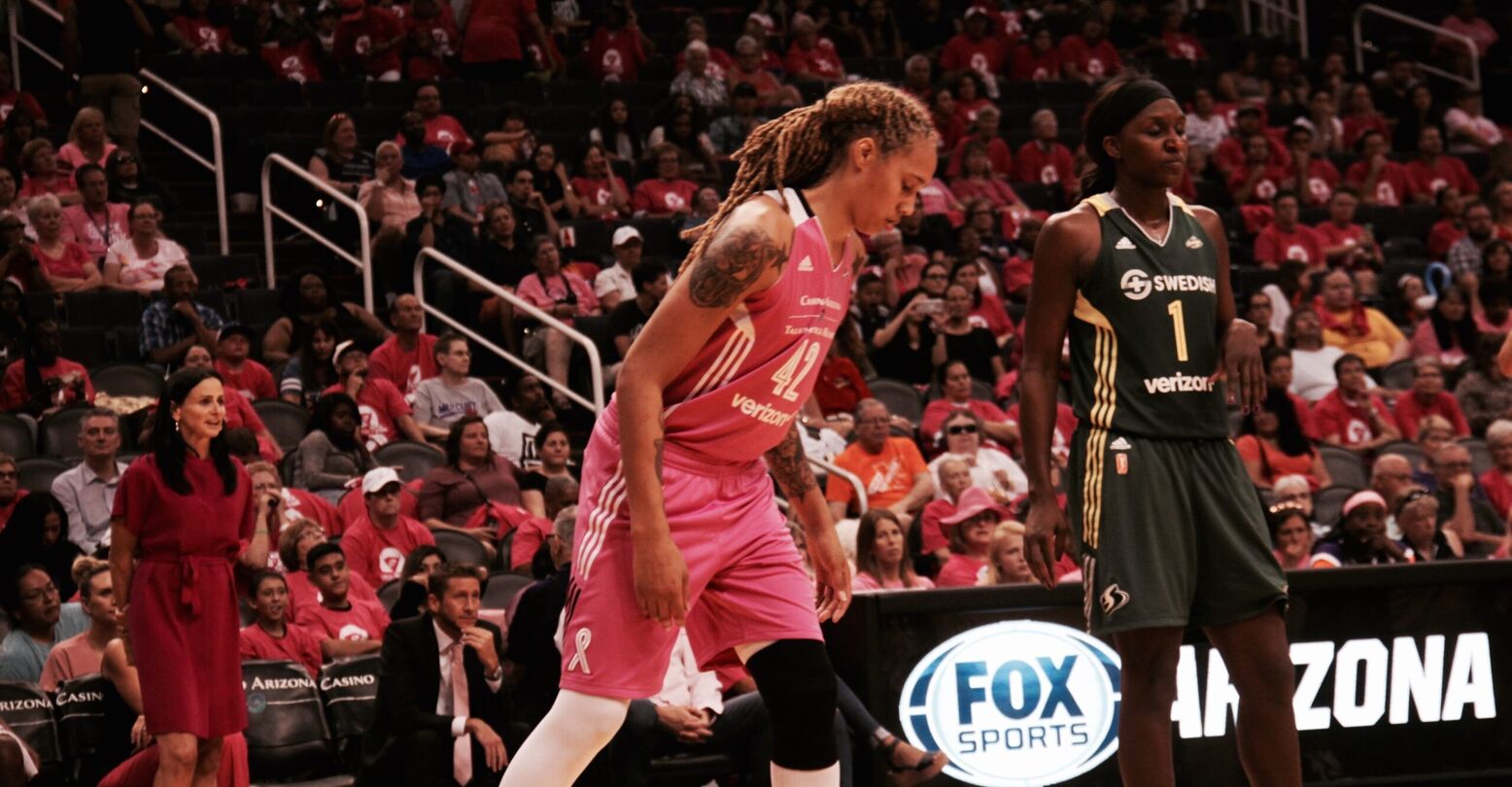 Last month, out-WNBA star Brittney Griner, was detained in Russia over the possession of a vape pen with cartridges containing hashish oil. A Russian court has now decided to extend her detention to May 19th, The New York Times reports. The WNBA regular season begins on May 6th.

Griner plays center for the Phoenix Mercury, is a seven-time All Star, and two-time Olympic gold medalist. Since 2014, she has played on the Russian team UMMC Ekaterinburg on off-seasons in order to supplement her income from the WNBA (which is woefully inadequate in comparison to the NBA).

Given how long Griner has been competing in Russia without incident, the timing of the arrest has government officials concerned she is being used as leverage against the US over the crisis in Ukraine. For one, the charges against her are unusually severe. The hashish oil (essentially cannabis) was initially deemed a narcotic by customs. And because Griner was apprehended at an airport, the Russian government is looking into a drug trafficking charge, which carries a ten year sentence.

US citizens are not political pawns. Brittney, Trevor, and other Americans must be safely returned. https://t.co/UsYuS180sm

According to Congressman Colin Allred, who represents Griner’s home state of Texas, Russian officials have thus far blocked State Department requests concerning Griner. Her agent, Lindsay Kagawa Colas, said in a statement, “As this is an ongoing legal matter, we are not able to comment further on the specifics of her case but can confirm that as we work to get her home, her mental and physical health remain our primary concern.”

Earlier this month, the State Department issued a level 4 travel advisory for US citizens in Russia. Or as the former US ambassador to Moscow Michael A. McFaul put it, “Get out. Shut down your businesses now.” The WNBA has since confirmed that all its players have left Ukraine and Russia, with the exception of Griner.

Last week, Griner’s wife, Cherelle Griner, posted a message to Griner on Instagram, saying “We love you babe! People say ‘stay busy.’ Yet, there’s not a task in this world that could keep any of us from worrying about you.”

“My heart, our hearts, are all skipping beats everyday that goes by. I miss your voice. I miss your presence. You’re our person! There are no words to express this pain. I’m hurting, we’re hurting. We await the day to love on you as a family.”