It opened in 1910 and, by most accounts, turned into an LGBTQ haven 57 years ago. But a lethal mix of time, gentrification, and queer assimilation shuttered its predecessors. With all the closures, The Gangway was just the longest gay bar standing.

So what does it mean that San Francisco’s oldest gay bar served its final round last Sunday?

To many in and outside San Francisco, The Gangway’s closure is a harbinger of doom for the Gayborhood. It’s a story reflected in cities from Los Angeles to Chicago to New York, many claim.

But this is San Francisco’s loss.

In 2016, the San Francisco Planning Department worked with the nonprofit the GLBT Historical Society to publish an in-depth look at LGBTQ-historical spaces that might be eligible for landmark status. The Gangway was among those recommended. 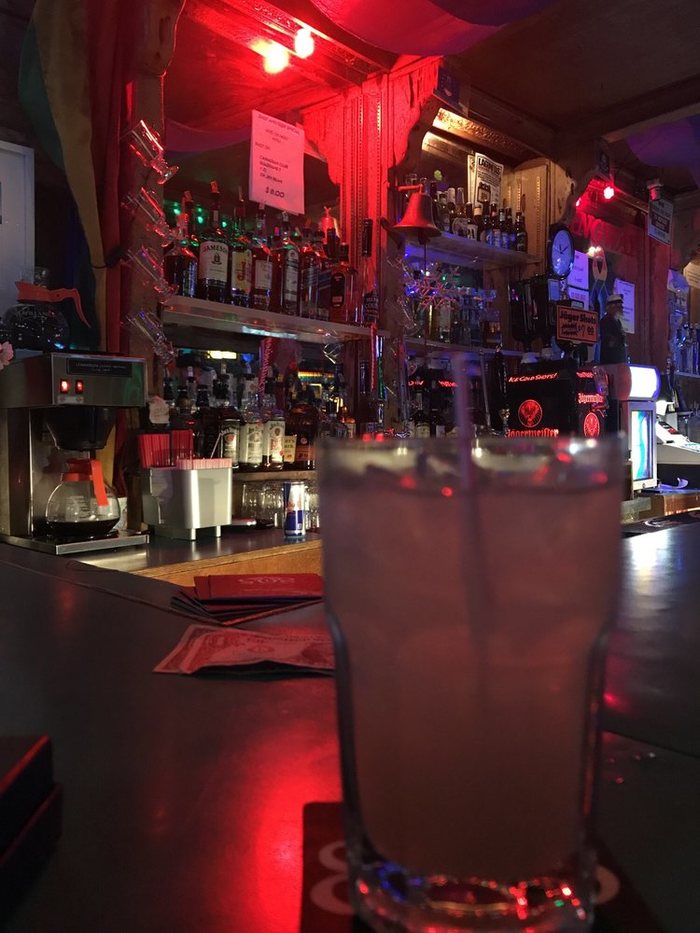 Watson retraced the history of the bar, as a home for AIDS fundraisers and one of the few places where LGBTQ people could safely tread in the 1960s.

The Gangway is purportedly slated to become a laundromat where customers can watch movies while they wait for their socks to dry.

“We’re losing something like The Gangway that has this rich multi-layered history to something that seems kind of a fad at the moment,” Watson says.

The Gangway is no Stonewall in the way that it can’t boast a major historic event. That’s kind of the point, say historians.

Coy Meza, a former employee and longtime patron, likens the bar to a living museum. The entryway was covered in purple handprints, honoring LGBTQ holocaust victims and commemorating an incident in which a local newspaper dumped purple ink on LGBT protesters that resulted in handprints all over town.

Meza had just 24 hours before the bar’s closure to get inside and try to save community relics. Others, like dedications to LGBTQ veterans, he worries will be lost for good.

“We tend to sell our history or ignore it,” Meza tells INTO. “We run out of places where the non-pretty people can go. I say non-pretty but these people were beautiful. They were sincere.” 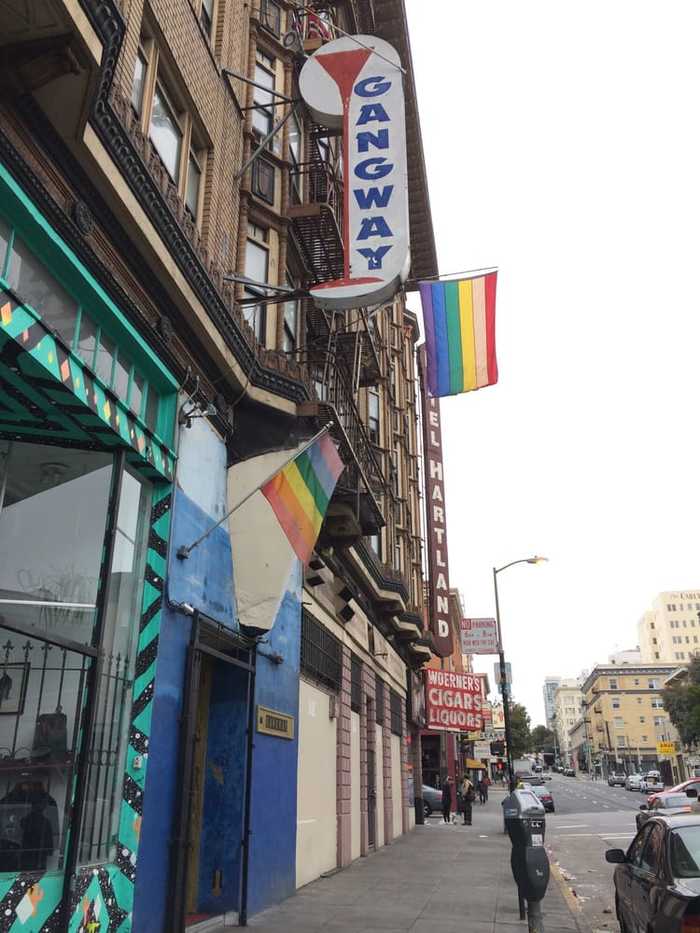 By all accounts, The Gangway was a working class neighborhood bar. For decades, it opened doors at 6 a.m.

Johnny Smith, a former bartender and regular of 23 years, says patons lined the block in the 1980s and early ’90s waiting for the bar to open.

“It was a seaman’s bar,” he says “You had a lot of merchant marines would start drinking in the morning.”

And for many who worked the night shift, 6:00 a.m. was the end of their day, a time to unwind with a cocktail or beer. In later years, the opening hours were pushed back to 8:00 a.m, but a number of regulars still came in the morning. The Gangway kept a big pot of coffee on.

Before same-sex marriage, couples traded rings in front of the Gangway’s honey-colored bar. In the 1980s, during the AIDS crisis, some gay San Franciscans sipped their last drinks on its stools. The remaining patrons hosted fundraisers in desperate hopes of finding a cure. Tenderloin Tessie, an organization that serves those in need during the holidays, held its first meetings under the Gangway’s slanted ceiling.

Ask Smith what important life events he associates with the Gangway, and he can’t tell you. He can’t differentiate life in San Francisco from life at the bar. Everything seems to have taken place there. It was the first job he held in San Francisco, a place he found an accepting LGBTQ community. He never left.

“This is the first time in my life that I haven’t had a home bar,” he says.

Smith went for a last drink at the bar before it closed. He tried to take photos for posterity, but it didn’t feel right.

“I was taking Christmas pictures of decorations I had hung 20 years ago that were still on the wall,” he says.

It was no secret that the Gangway was facing possible closure over the past year. Nothing was the same after former owner Sukie Lee died and her former husband Jung Lee took over, patrons say.

Smith knew and even thought about buying it. Meza knew and fought in vain.

“What really hurts is that the cries to save it in our community were left unanswered,” Meza says.

But Watson says if the rallying cry came, it wasn’t loud enough. These are the days of Donald Trump. The LGBTQ community is exhausted from fighting. 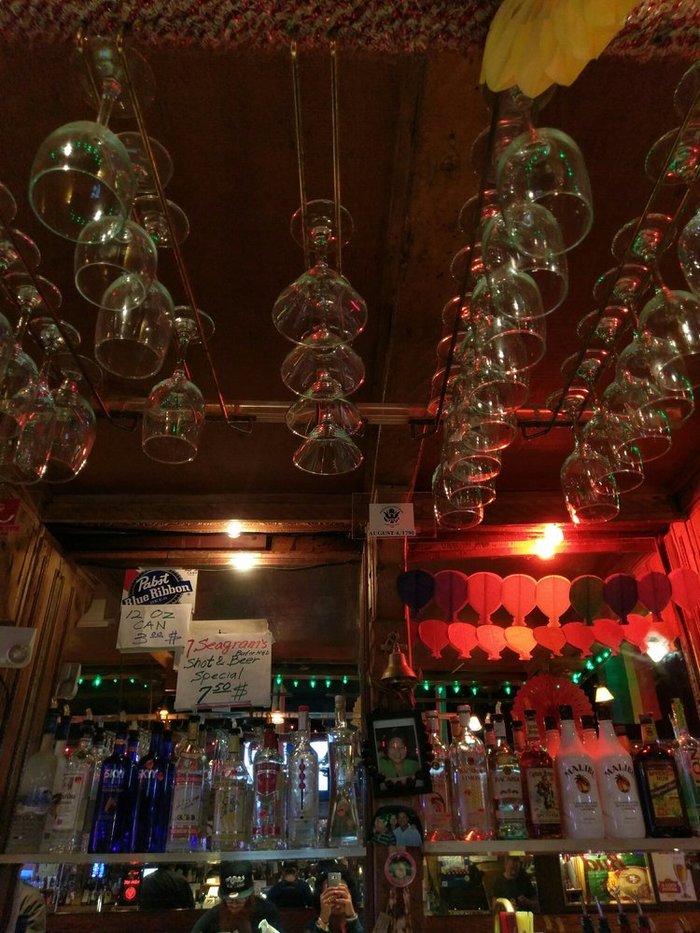 Beswick is working with local politicians and new owner Sam Young to get access to the Gangway to retrieve relics from the bar for local museums.

“Even if there’s a box that has some old placards or something that somebody would throw in a dumpster but to us and the people that use our archives would be a treasure trove of information potentially, we want to grab what we can before it’s lost,” he says.

The only question left is what happens to the people.

“Where do they go?” asks Watson. “Where is their community space, the people of that demographic? Which is, I think, a lot older than most gay bars in the city.”