A new study from the University of Minnesota finds that about four times as many youth identify as transgender or gender non-conforming than previously thought.

Researchers report that 2.7 percent of 9th and 11th graders in Minnesota indicated they were not cisgender, a marked increase over the .7 percent estimated by the Williams Institute in 2016.

Nic Rider, lead author of the study, says the sample size of 80,929 is large enough that can be generalized to the entire U.S.

Data was collected using the Minnesota Student Survey, with 85 percent of Minnesota school districts participating. Students were asked their “biological sex” as part of the survey as well as, “Do you consider yourself transgender, genderqueer, genderfluid, or unsure about your gender identity?” Youth who responded yes to the second question were placed into the “transgender” and “gender non-conforming” category.”

The 2016 Williams Institute study focused on transgender adults in all 50 states, with .6 percent reporting they considered themselves transgender. In 2011, the recorded percentage had been just .3 percent. The Williams Institute totals for youth were calculated just above the adult average ( .7 percent), because the study notes, “The youngest age group, age 18 to 24 year olds, is more likely than older age groups to identify as transgender.” 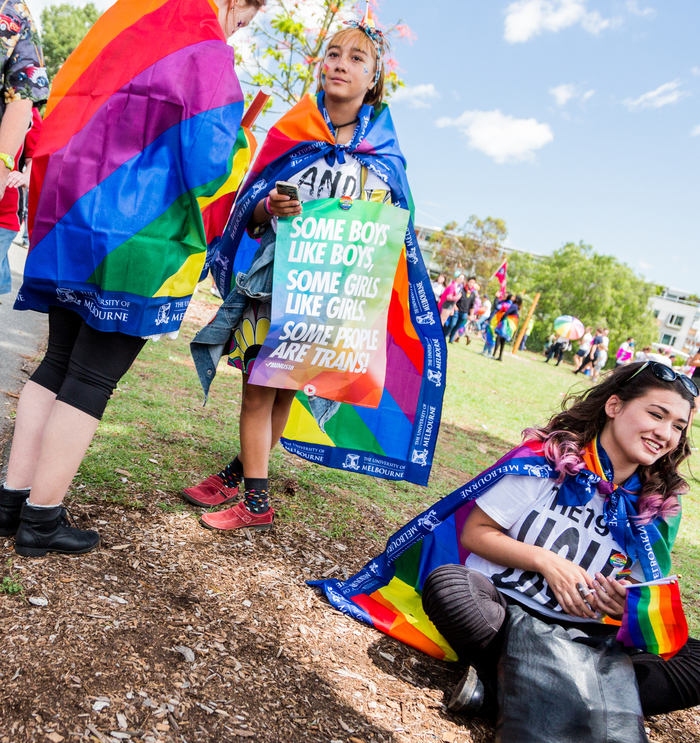 Rider attributes the disparity in the two studies to the way questions were posed as well as a growing embrace of gender diversity among young people.

“I do think that there is more visibility, and I think that there is a shift in culture and climate where people are feeling more open and safe to explore their gender and talk about it,” Rider tells INTO. “Some youth may also have more opportunities to find support groups, youth-related groups, or GSAs where they can talk about gender identities and expressions with others who relate to them and can validate their experiences.”

The study also sheds light on alarming health trends among this population. Trans and gender non-conforming youth, whose gender expression deviates further from the gender assigned at birth, suffered the worst health outcomes.

Over half (59 percent) of the trans and gender non-conforming youth studied reported long-term health problems compared to just 17 percent among cisgender kids. Almost two-thirds of that same group reported their health was “poor,” “fair,” or “good” as opposed to”very good” or “excellent.” Among cisgender kids, just 33 percent reported health lower than “very good” or “excellent.”

But Rider notes that the study is not all low notes on trans youth health.

“What I thought was really interesting is that a lot of times when looking at data, researchers sometimes lump different types of health together or we only talk about a specific type of health like mental health,” Rider says. “And for this study, what we have seen is that many of the youth are not reporting long-term physical disabilities or health problems. I think that’s really important to highlight. There are specific types of health that we maybe want to keep in mind.”