On Wednesday, July 25, in the “CODE” bar of Baltimore Eagle’s three-floor complex, bar management announced that the local nightlife institution would be closing its doors immediately. In what was reported to be a tearful scene, Charles King and his business partners, 4 Crazy Guys, LLC, announced that after a year and a half of business and disputes with the owners of the Baltimore Eagle trademark, the bar was closing. But by Thursday night, the space was re-opened.

“Wednesday evening we got a couple of calls from our patrons saying that our managers had announced an unscheduled and unsanctioned closure of the Eagle and that they were going to ‘loot’ the place,” Ian Parrish, one of the owners of the Baltimore Eagle trademark and building, told INTO in an interview. “We went down there and we found our managers and a bunch of people running in and out of the building with armfuls of liquor, merchandise, and memorabilia. Inside there was broken glass, equipment missing and drains clogged.”

Having opened in its most recent iteration in January 2017 (the original opened in 1991), the Baltimore Eagle was a multi-story complex that housed a leather shop, restaurant, sports bar, dance floor, display of historical memorabilia and the “CODE” bar, an ode to the Eagle’s longstanding international history as a leather and Levi’s bar that served as a place of refuge since the 1970s. Managed by 4 Crazy Guys, the space stuck out early with a brand that stood for inclusion.

“It’s an incredible bar, unlike any other leather bar I’ve ever heard of — part leather bar, part nightclub, part rooftop bar, part sports bar/tavern, part leather shop, part backroom bar … something for everyone,” Wilson, a patron of the bar since around April 2017 wrote on Twitter. “And very trans-friendly.” The bar was one of a few big LGBTQ destinations in the city, like the Grand Central Club. 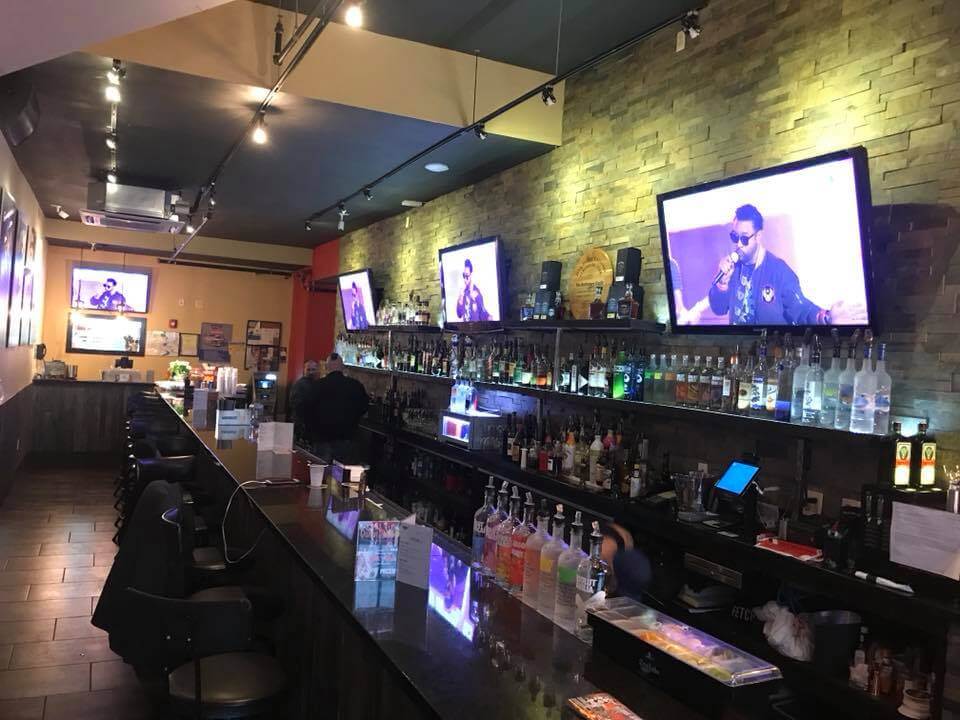 Wilson told INTO in a statement that the Eagle was the first gay bar he ever went to, but went on to write that the space helped him become “comfortable with the idea of re-entering the dating scene” as a bisexual man, introducing him to his rugby team and more.

“The Baltimore Eagle had created an atmosphere of welcome and love for people regardless of how they identified as an individual or who/how they expressed their love for one another,” Brendan Patrick, Mr. Maryland Leather 2017 said. But while the space built up a reputation for itself, welcoming drag queens, leatherfolks, people of color, sports fans and even furries (the only recurring furry meetup in Baltimore, Fur Up B’More, was here) into its doors, in the background, there was unrest.

“For the past four years, we have poured our hearts, souls, and resources into this project,” 4 Crazy Guys wrote in a release about the closure. “It has been a labor of love for a community, city, and state that we have come to feel very strongly about. When we started this endeavor just about four years ago, we were practically in disbelief that we would have the honor of re-imagining how a leather bar and an LGBT bar might serve the community in this new era.”

“[But] in the face of mounting legal expenses and having had this project turned from a dream to a nightmare by outside forces, we must now move on and hope that the communities and people we have come to love so much will find a new place that feels like home.”

Those troubles, according to them, included the Parrish family pushing back on marketing tactics and bar policies, as well as mounting financial issues, some of which they perceived to be a concerted effort to push them out of the business. In a recent Metro Weekly piece, King detailed the malicious ways he felt that Parrish sought to maintain control of the franchise, reportedly objecting to diverse marketing materials.

In a new statement, Parrish pushed back on those charges.

“The crux of the matter is financial,” he told INTO. “For some time our former managers were not meeting their financial obligation agreements in the community including agreements with their own partners who put up most of the money from their side. We get it: the financial management of a place like the eagle is tough, however, there is a difference between making an effort to do the right thing and bouncing checks and dodging phone calls from people within our community who are working just as hard to make a living.” 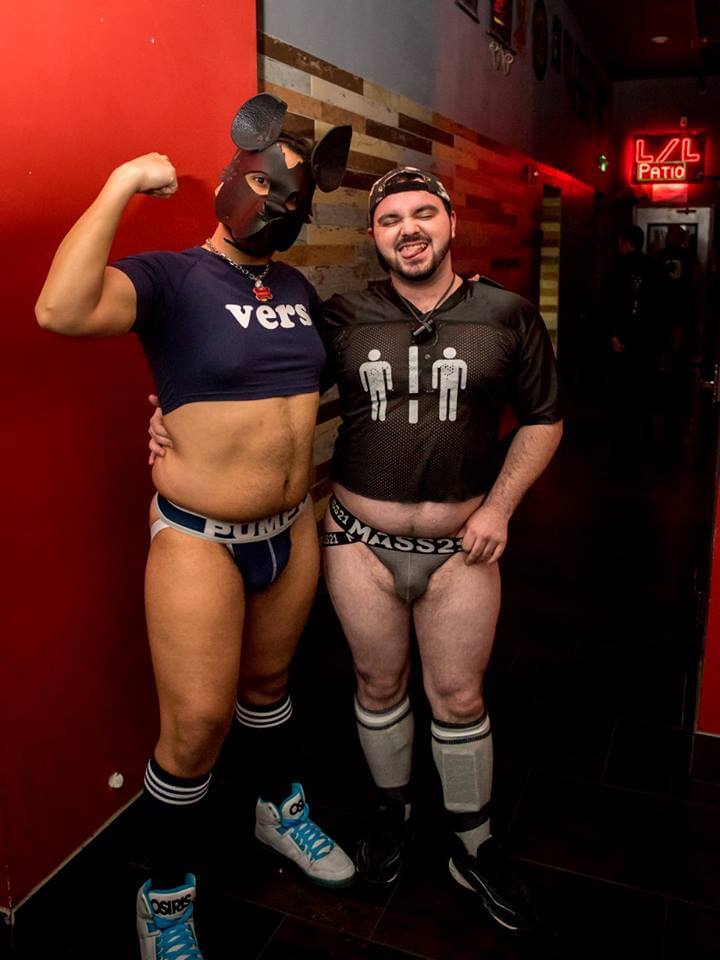 The extended statement brings context to some accusations made by 4 Crazy Guys and circumvents others but reiterates their commitment to this community. But in the meantime, the Eagle continued on, as it has in the past.

“On Thursday night after jury duty I went straight to The Eagle, not looking forward to the mess from the previous night,” Parrish said referring to broken glass and a venue in disarray. “As I was walking up the ramp I see this sign on the window that says ‘The Eagle is Open.’ I look inside and see that there’s about a dozen people with gloves on, mops and brooms in hand, cleaning up the glass with flowers on the front bar. It was completely unexpected.”

That community support of mostly other local nightlife players has, in collaboration with Parrish, kept the front bar of the Eagle open and will continue to do so in the weeks to come. Behind the scenes, Parrish is having to find his way through replacing what was taken away during Wednesday’s closure.

“We could not afford to give paychecks to staff, so we gave them liquor, merchandise and equipment to pay off our debt,” King told INTO a statement after explaining that claims of “looting” were inaccurate. “We had an incredible staff that deserved at least that from us. We will greatly miss working with each and everyone of them.”

Those actions leave Parrish in the hole for over $500,000 worth of merchandise from vendors and also has seen parts of the Eagle history, encapsulated in memorabilia that was taken, disappeared.

“You know, sure, that ‘belongs’ to the Eagle but really it belonged to this community,” Parrish said of the memorabilia importance to the leather and kink subculture. “To see it gone is a real shame.”

Some of that history, according to King, was the original property of various leather clubs who claimed their property as the space announced the closing. But Parrish maintains that it was not the management’s right to give it back as his family were the “custodians of the Eagle Baltimore brand” by virtue of owning the trademark.

Because of the way events have panned out publicly, supporters seem split with some calling to boycott any future opening of the Baltimore Eagle, siding with 4 Crazy Guys, and others getting involved in the reconstruction of their home. Some have gone so far as planning a wake and a last dance for the space. Still, even those who do not want to support the Parrish family see the closure of the Baltimore Eagle as a real loss to the community.

“[When it opened] the Eagle was an injection of new energy in the community,” an organizer of Fur Up B’more said. As of now, his event is homeless as there are few spaces in the city that are physically big enough for a furry meetup. “But with the Hippo closed and Grand Central leaning more to the side of closing, where the hell do gays meet up? The headline names were always The Eagle, The Hippo and Grand Central so people are really vocal about being afraid that [their communities] are being disappeared quietly.” Parrish is not ready to be counted out.

“We are going to be reaching out to all the vendors and clubs and events to let them know that the leather fetish communities still have a refuge here,” Parrish said of his plans for the next few weeks. “I’m thankful for our faithful friends and patrons and I apologize for this entire situation. I don’t know if there’s anything I could have done differently but I just want everyone to know that the Eagle will re-emerge soon. We are not going to close. Even if it’s just a corner of the bar, this will always be a home.”

King is unsure about the future, saying that he and his team are in the process of moving all events that were pre-planned for the space.