Five decades after a woman had to sign up as a man to register in the Boston Marathon, trans people will be allowed to compete openly for the first time.

The annual race confirmed that five transgender athletes qualified for the April 16 race. These runners, who include Illinois’ Stevie Romer, Maryland’s Grace Fisher, and New Jersey’s Amelia Gapin, will be allowed to compete in the gender with which they identifyrather than the one assigned to them at birth.

Although trans individuals have been allowed to register for the Boston Marathon in the past, there was some question about how they would be categorized.

After an article published in the magazine Canadian Running profiled Fisher, Gapin, and Romer’s entry in the 26.2 mile-race, the Boston Athletic Association (BAA) said the organization doesn’t “require that runners outline their gender identity history with us.”

“We take people at their word,” BAA Chief Tom Grilk told National Public Radio in a statement released on Monday. “We register people as they specify themselves to be. Members of the LGBTQ community have had a lot to deal with over the years, and we’d rather not add to that burden.”

The decision has sparked controversy over whether trans athletesparticularly trans womenwill have a competitive advantage over other runners.

University of Southern California Professor Bob Girandola told the Associated Press that transgender women should be placed in a “separate category” than other female athletes in the race. Girandola, who is a lecturer in the Department of Human Biology, said their “male gonads” would give them an “unfair” edge.

But researchers who work in queer and trans health say the idea that transgender women will occupy a more favorable position in the Boston Marathon is based on myths and misconceptions about trans biology. Taking hormones to reduce testosterone levels, for instance, may lead to greater fatigue and dehydrationthus, making it difficult to run long distances.

“There’s no physiologic advantage to being assigned male at birth,” Dr. Alex Keuroghlian, who serves as director of education and training programs at the Fenway Institute, told the AP.

While concerns that trans women will be advantaged by this week’s announcement are likely overblown, a more pressing issue is whether many transgender athletes will be able to compete at all. In order to sign up for the Boston Marathon, runners will have to show identification.

“We do compare the ID with the person’s qualification-associated gender description,” the BAA claimed.

Presenting a driver’s license to receive an official numbered bib might not seem like a big deal to cisgender folks, but for trans people, it’s a major barrier to entry. A 2015 report published by the National Center for Transgender Equality (NCTE) found that just 29 percent of respondents had fully updated the gender markers on all their identification.

Arli Christian, state policy counsel for NCTE, tells INTO in an email that the process for correcting driver’s licenses and state IDs is “complicated, expensive, and varies from state-to-state.”

For instance, updating one’s identification in the state of Alabama requires an individual get a court order, successfully change their name through the Social Security Administration (SSA) office, and then present a doctor’s note confirming they have completed the process of surgically transitioning.

But many transgender people don’t have the money or resources to have gender confirmation surgeryor don’t want to. Just a third of trans people told NCTE they had surgically transitioned.

The BAA did not respond to a request for clarification about how its ID policy will be enforced, and this story will be updated should they do so. But Chris Mosier, who will be representing Team USA in the 2019 World Championship race in Spain, tells INTO that “most volunteers at packet pickup simply look at the name to make sure it matches.”

“Many organizations and races are just starting to consider the inclusion of transgender athletes,” says Mosier, who also serves as vice president for You Can Play. “I believe the Boston Marathon is on the right track, but checking genders on an ID may lead to problems for trans athletes. For a variety of reasons, a transgender athlete may not have an identification document that matches their gender identity.”

Marathons should “have a plan in place” for when trans runners present identification that doesn’t match their gender presentation, Mosier says.

This includes the Chicago, London, Los Angeles, and New York Marathons, which have likewise stated they would allow trans people to compete in the gender category which corresponds with their lived identity in this year’s races.

While the National Center for Trans Equality agrees the recent announcement from the Boston Marathon is a step forward, the advocacy group claimed these concerns are a reminder that more work needs to be done to ensure the identities of transgender athletes are respected and to prevent discrimination.

“The National Center for Transgender Equality does not support any policy that requires an updated gender marker on an ID or record as a prerequisite for participation,” Christian says. 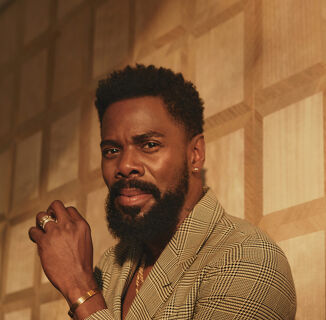