Two months before we met, Mike was sleeping in a crack house in London. “My career was well and truly fucked, I was losing friends fast and I was in and out of hospital,” he recalled. He’d been injecting crystal meth and escorting to support his habit. “Again.” “Was that rock bottom?” I asked. “There were many rock bottoms,” he replied wryly.

We were chatting in a comfortable sitting room in Resort 12, located in Mae Rim about half an hour outside of the northern Thai city of Chiang Mai. “Resort” is a euphemism for a brand new rehab center that opened in November 2017 where LGBTQ clients like Mike, dealing with a range of issues from substance abuse to sexual addiction, come in the hopes of getting their lives back on track. It’s the only specifically LGBTQ rehab center in the world outside of the United States. 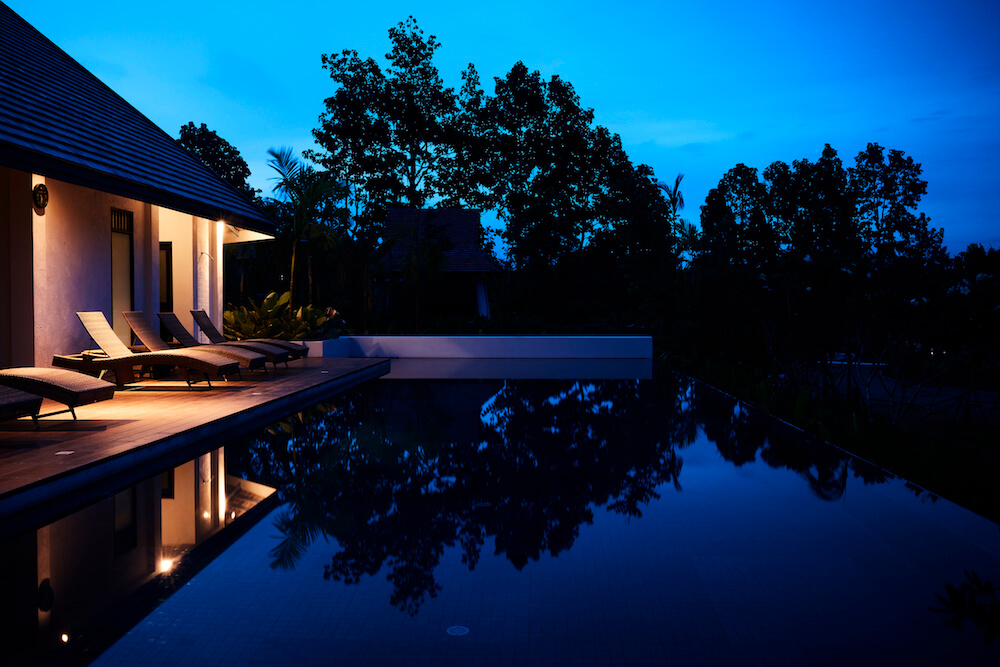 Mike’s is a story of ups and downs, lucky breaks and poor choices. Traveling halfway around the world to Resort 12 could be his last chance, and Mike is determined to make the most of the opportunity.

Now 35, Mike grew up in Slough, the sort of town that sounds like the butt of a half-funny joke, a suburb of London that could most kindly be described as nondescript. “London was 26 miles up the road but it could have been 500 miles in terms of mentality,” he says. He left school at 16, came out and led what by his account was a pretty charmed life.

“We were poor working class Irish and my dad was from the Irish gypsy traveling community. On paper, it should have been quite difficult for me to come out, because they [can be] socially quite backward sometimes. If you’re gay or a woman…” He doesn’t need to finish the sentence to express the ambient machismo.

But it turned out not to be an issue. “Coming out was fine, my mum and dad were cool, there were never no problems.” If anything, being gay was his ticket to bigger and better things. “I never saw that as a hindrance. I knew in some way that being gay was going to take me out of the town where I was living. Coming out was an exciting time. It was a positive experience.”

He got gigs acting and when he wasn’t in front of the camera, he found work on building sites where his father worked. He moved into handling PR for a record label and “living the London life.” He describes his twenty-something self as “quite social, and fairly kind of promiscuous.”

He gets nostalgic when he recalls going out at the time. “There were still clubs! G-A-Y, Heaven, Ghetto, The End,” all iconic venues of the gay scene in the nineties and noughties. “You’d meet guys in clubs and have one night stands, cultivate relationships on the dance floor. Even though drugs were always a constant in these clubs, and drink, it was just done in a social way. You were out and about, clubbing. It was fun.” 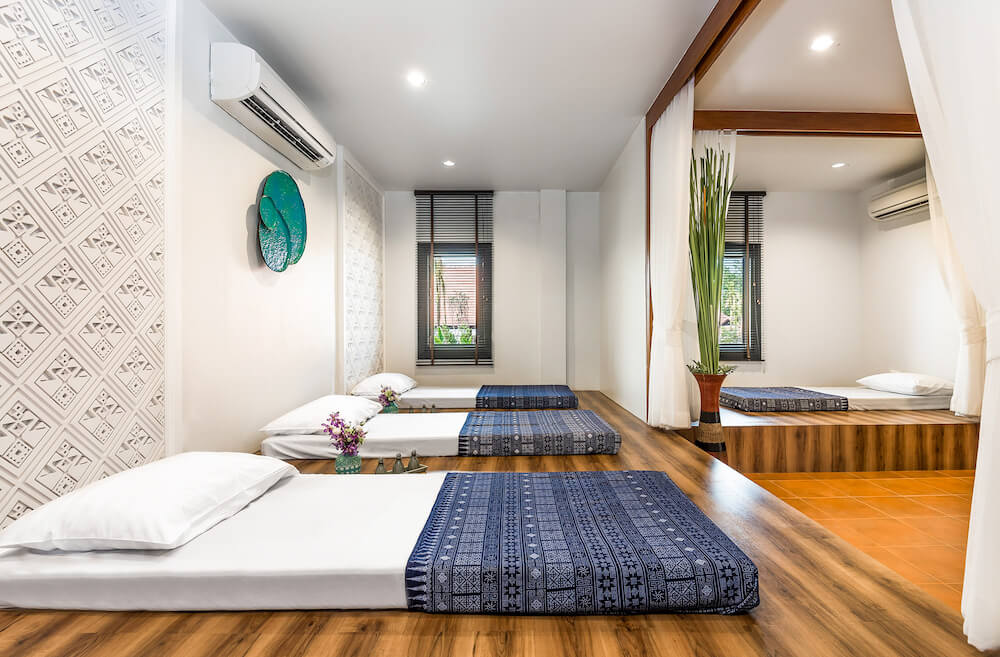 At 28, Mike started his own PR agency. “I was earning loads more money. I thought I was less answerable because I wasn’t going into an office.” But that was when things started to change. “I fit my life going out around work.” He pauses. “No, I was getting work around going out. The balance changed.”

What could have been a step towards independence turned out to be a spiral of addiction and dependency? “The day that I started working freelance was the day I picked up a crystal meth pipe. For about two years, the company was successful but it just wasn’t sustainable. My addiction got worse, I was using more. I wasn’t turning up to work. It was pretty textbook. I was canceling appointments, stopped seeing friends, I was isolating [myself], taking drugs with people I didn’t know. Randoms. It got really messy.”

He is very lucid about losing control. “The drugs got harder. I suppose the sex got darker. My life went from being out in clubs to being in bedrooms with the curtains closed. Towards the end, I was escorting to fund my habit because I needed to use every day and it went to me injecting crystal meth.”

What followed was a pattern of ups and downs, looking for help, periods of clean time and going back to work, then relapses and binges. Mike was “making life manageable then fucking it up” over and over. The craving for sex and drugs took over and led to hospitalizations, psychoses, a second rehab, more time clean and an umpteenth relapse.

And then out of the blue, Mike’s guardian angel called with an offer that could save his life. 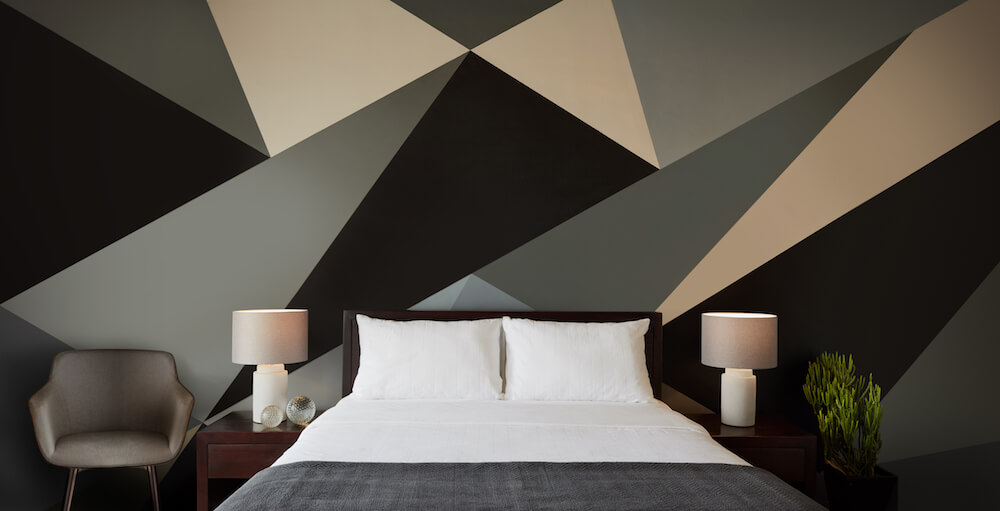 In a separate conversation, Stuart Fenton, Principal Counsellor at Resort 12, acknowledges that the pattern Mike describes is a common one among the resort clients. “The majority of our clients have been alcohol-related, maybe a third crystal meth [and then] sex addiction,” he says. “There is a real variety.”

He, like much of Resort 12’s support staff, knows what he’s talking about. Stu’s own background includes a variety of drugs, starting near home in Sydney and then in New York and London. After a couple of attempts at rehab and finally cleaning up his act, he trained as a counselor and opened his own private practice in Sydney to help others. He’s been in recovery for almost two decades. He moved to Thailand at the end of 2017 to help open the facility.

Mike has responded well to the staff with whom he identifies. “They get you. And they make a point of telling you. They speak to you in a way that you are equal. I think it’s very powerful to have people who are talking to you on the level.” 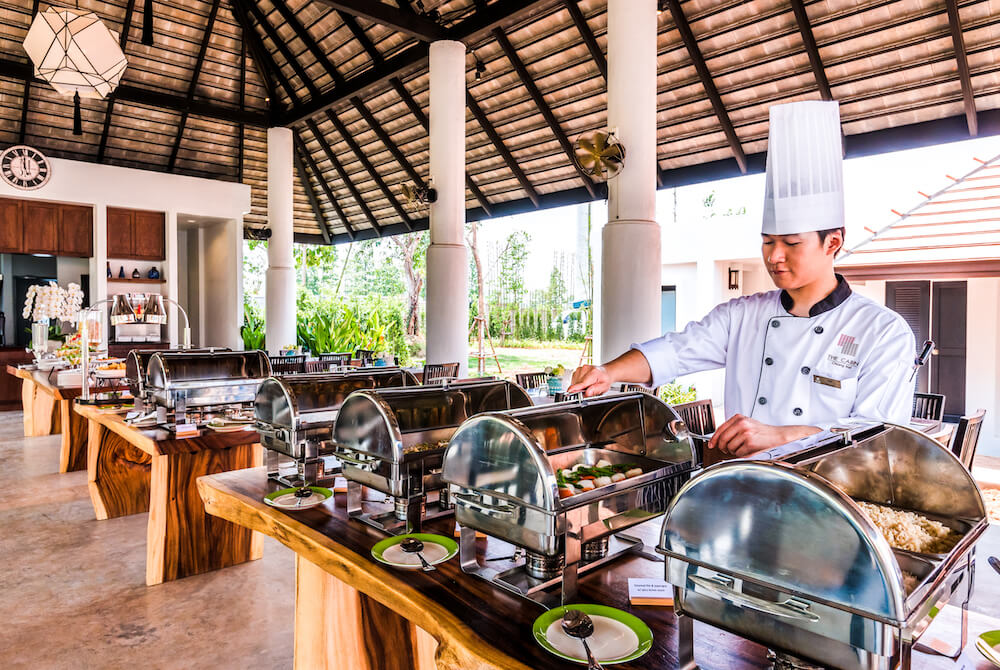 Homophobia Inside and Out

Stu says that it’s usually not a question of conscious homophobia, but the lack of experience and exposure to situations on the part of the caregivers that creates an obstacle to communication. “It’s not even the depth of understanding or the empathy, it’s the language and the terminology,” he states. “It was an enormous relief when I was able to talk to someone” who understood what he’d been through.

“All of the Resort 12 staff identify as gay. Having people who understand some of the language and who have experienced different things is hugely important,” says Sandi James, also Principal Counsellor at Resort 12, a registered psychologist and former university lecturer with a Master’s of Education. And that’s what makes the place unique. “I’ve not seen anything like this anywhere,” she says, with a note of wonder in her voice.

She “was born in Sydney and did heroin in Sydney” before moving around Australia. Once she sought help and went into recovery, she decided to work to help others. She also joined the team last year. She points to the patients’ own homophobia as a challenge to be addressed. “There are higher rates of trauma experienced by the LGBT community: bullying, harassment and just living in a hetero-dominant world” which lead to “internalized homophobia and the shame of coming out.” Is that true of everybody who comes here? “Pretty much,” Sandi nods.

Mike says that is one of the lessons he has learned since arriving at Resort 12. “When you’re gay, you’re sort of born with the innate shame, whether you like it or not,” he states. “You’re told to harbor the secret for fifteen or sixteen years of your life, and whether you’re cool with your sexuality and I certainly was, it’s there. You are conditioned to watch what you say and how you act and [you have] that fear of getting called out.”

Addressing issues of self-esteem and self-worth is a big part of successful recovery. “The whole point of recovery is a gradual rebuilding of your self-esteem over many years,” says Stu. 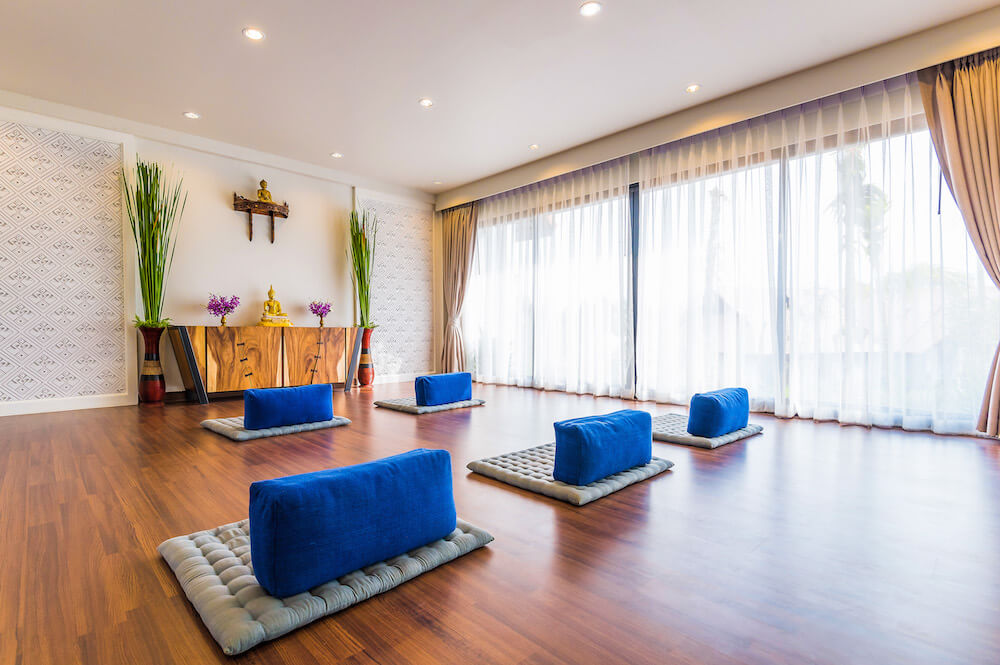 So how did Mike start his journey to a tropical rehab halfway around the world?

Celebrity endorsements from husband and husband David Furnish and Sir Elton John (who call Resort 12 “vital”), from Boy George who is publicly marking his ten years of sobriety this year, and from Boy George’s best buddy Tony Marnach, better remembered as London DJ Fat Tony, all of whom talk openly about their addictions and recovery, have come pouring in. Fat Tony has been speaking out about his addiction and recovery as Resort 12’s public face, and it is he who was Mike’s unexpected guardian angel.

Mike recalls getting a call from Fat Tony just a few weeks earlier just when he thought he had nowhere to turn. “Before there was always a glimmer of hope, certain friends, a bit of money in the bank. This time there was nothing. I didn’t even have any clothes because I had a suitcase where I was staying and using, and the suitcase got stolen, probably by another user.” Fat Tony, who knew Mike from their clubbing days, called to offer him the opportunity to spend two months at Resort 12. Days later Mike was on a plane to Thailand. 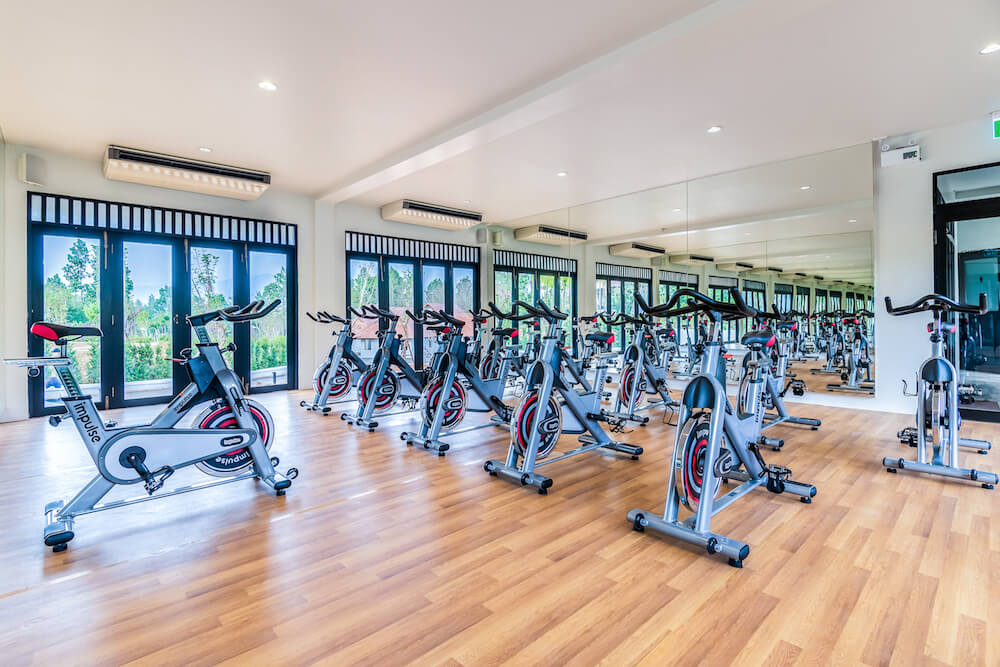 Mike isn’t out of the woods yet. He made it to Thailand and stepped off the plane. Wasted. “The day before I flew out I decided to use again because in my head that crazy thing said ‘fuck it, if I am going to go to rehab, I am going to have one night and get obliterated.’ Which I did.”

Once he came down, he took in the beauty of the place and embraced the program, well aware that an opportunity like this isn’t going to come twice. He is articulate about why he’s here (“I have a two-pronged addiction to sex and drugs”) and what he’s learned so far.

He draws strength from the non-religious 12-step program, familiar to anyone who has attended an AA meeting, based on surrendering control and developing self-awareness. “You just become a better person [and] a big part of this program is having faith.”

In addition to spiritual strength, he has also found scientific grounding to explain what he’s experiencing. “Looking at addiction as a disease of thinking, of the mind. To learn about the science of it was really powerful.” Other tools he knows he’ll find once he’s back outside are AA or NA meetings, as well as trauma therapists or drug counselors. Resort 12 also runs intensive outpatient services in many major cities for its clients.

He knows it won’t be easy, but he also knows that seeking help is a non-negotiable step on the road to recovery. “I think this place will keep me clean,” says Mike with hope in his voice.

Full disclosure: Mike is a guest of Resort 12, not a paying client. However, all the paying clients we spoke to off the record were satisfied with their experiences and two had voluntarily extended their stays. Four-week all-inclusive treatments at Resort 12 start at $15,000. Some insurance policies will cover the expense of treatment. The center is also actively looking for sponsors to assist clients who otherwise wouldn’t be able to afford treatment.