Gina Ortiz Jones isn’t shy when discussing her potentially historic bid for the U.S. House of Representatives. She says she’s been embraced as a “breath of fresh air” in Texas’ 23rd district, which is well overdue for change: If she wins in November, Jones would be the first woman in her state elected to a full term in Congress in 21 years. Shelley Sekula-Gibbs, tapped in 2006 following Tom Delay’s retirement, was in office for less than two months.

A first-generation Filipina immigrant, she would also be the first openly LGBTQ person ever to represent her state in the national legislatureas well as the only out woman of color in Congress’ history. Texas Rep. Barbara Jordan, who served from 1973 to 1979, was closeted during her term.

“I’d be honored to be Texas’ first out member of Congress, but it’s more important that I’m not the last,” she tells INTO in a phone conversation.

The former Air Force intelligence officer is in a good position to shatter the state’s glass ceiling. A historic number of LGBTQ candidates have already announced their intention to run for office in the 2018 general election. To date, 49 queer and trans people have thrown their hat in the ring in Texas. Former Dallas Sheriff Lupe Valdez and gay bar owner Jeffrey Payne will vie for governor against incumbent Republican Greg Abbott.

Jones understands the importance of being heard: She served in the Iraq War under “Don’t Ask, Don’t Tell,” in which queer members of the military risked being discharged if they opened up about their sexual orientation.

The 36-year-old first enrolled in an ROTC program at John Jay High School in her hometown of San Antonio. Her military training earned her a full scholarship to Boston University, a rarity in a high school she describes as the kind of place “where you start with 900 students and only 500 graduate.”

But the opportunity of a lifetime came with costs: Even as a cadet, the “Don’t Ask, Don’t Tell” policy still applied to her.

“There are some parallels to what I think unfortunately too many students who are DACA recipients are probably living through right now,” says Jones, pointing to the potential deportation of more than 800,000 DREAMers by the Trump administration. “I earned something, I worked hard for it, but I did live in fear every day that it would be ripped away from me if they found out I was gay.” 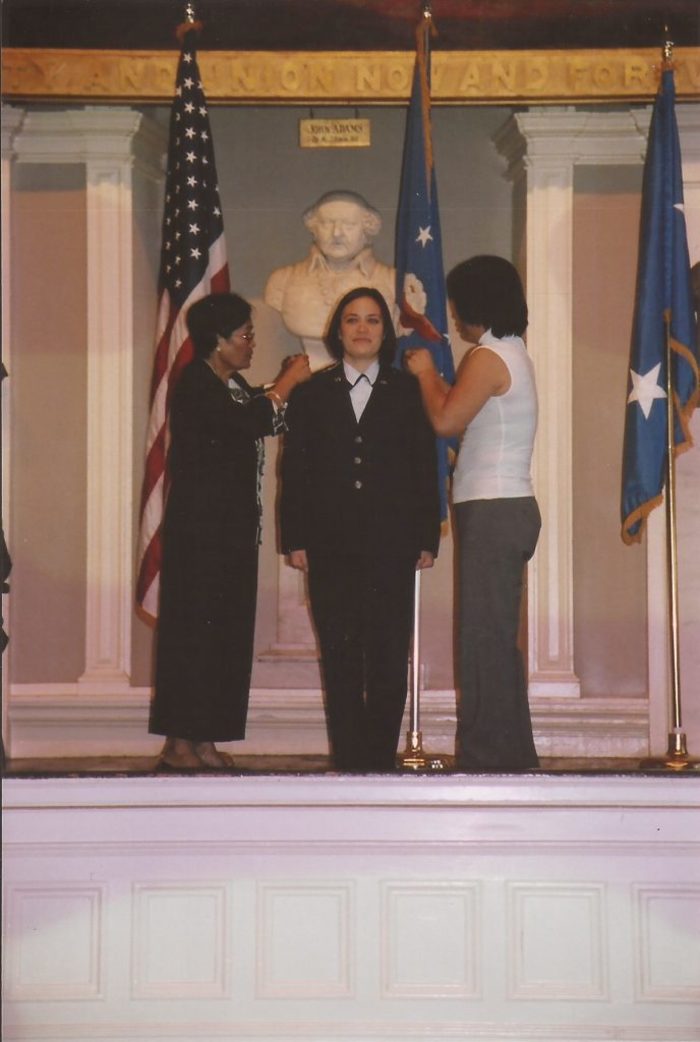 It was the current occupant of the White House who actually inspired her recent career pivot: Jones has lived through some of the challenges so many communities are facing under Trump’s presidency, she says.

After serving for 12 years in active duty, Jones worked for the U.S. Trade Representative offices under President Obama and stayed on following Trump’s January 2017 inauguration. There are two kinds of civil servants, she says. There are the people who move on after the president’s departure and lifers (i.e., those who stay on out of loyalty to their country).

Despite being the antithesis of everything Donald Trump on which has mounted his political career, Jones elected to work for him.

Her decision was short-lived. Jones spoke with INTO just days after the president reportedly referred to immigrants from Haiti and unspecified African nations as hailing from “shithole countries” during a meeting with Senators. She claimed this statement is emblematic of the administration’s “binary thinking” on issues of national security: Either you’re with us, or you’re against us; you’re either us or them.

“Personally and professionally it just became too hard for me to be part of this administration, knowing the ways in which my communities would suffer and knowing the community I grew up in, how it would suffer as well,” Jones claims.

“That’s why I decided to run,” she adds.

Jones is one of a handful of Democrats to announce in the 23rd district, which encompasses the vast stretch of Texas from San Antonio to El Paso. The other hopefuls include Judy Canales, who served in the U.S. Department of Agriculture under Presidents Clinton and Obama; Jay Hulings, a former federal prosecutor; and Rick Treviño, a local high school teacher.

The candidates are set to face off in the March 6 primary, and the winner will challenge Rep. Will Hurd in the general election.

Although Texas is viewed as a deeply conservative state, insiders believe Hurd is particularly vulnerable to a Democratic upset. The 23rd district has one of the most heavily Latino populations in the U.S., who account for 52.4 percent of eligible voters. During the 2016 election, southwest Texas largely voted for former Secretary of State Hillary Clintona blue island in a sea of red.

Hurd has won two straight elections: He prevailed by just 3,000 votes in 2016despite fundraising nearly twice as much as his opponent.

Jones trails the conservative in overall contributions by a more than 8-to-1 margin at the time of writing, but a couple of key endorsements could help her gain ground. Among others, she has the backing of the Victory Fund, a political action committee (PAC) which helps to elect LGBTQ candidates; the Congressional Progressive Caucus; and Khizr Khan, the Gold Star father whose son was killed in Iraq.

But the most crucial endorsement may be receiving the support of Massachusetts Rep. Seth Moulton’s Serve America PAC, which is intended to aid veterans campaigning for Congress.

In that respect, Jones believes that she has a competitive advantage over Hurd, whom she criticized during the interview for voting against hormones and transition-related care for transgender members of the military. Veterans “actually do better than Republicans” in purple districts like Texas’ 23rd, she claims.

“Veterans already have a record of public service,” Jones explains. “I think people are hungry for someone that gets it, knows how to get things done, and is going to have the moral courage to speak up when things are wrong.”

A major test of that courage for Texas voters is likely to be recent criticism over a tax break she reportedly received for a condominium in the District of Columbia. Although Texas’ election guidelines require candidates to reside in the state, the San Antonio Express-News claims the benefit is solely “available to owners who live on their properties and consider them their principal residences.”

Jones referred to it as an “oversight” in a Jan. 27 report and claimed it would be quickly resolved. 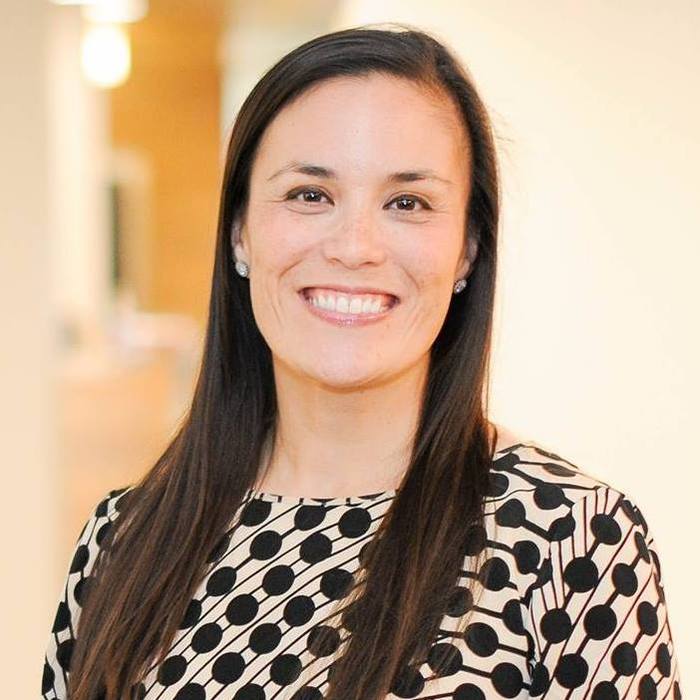 But the Express-News says criticism over the exemption has spelled trouble for other political campaigns: An unnamed Michigan Democrat lost in the 2017 election cycle due to a controversy over his D.C. home, while a Congressional hopeful in Florida had been forced to drop out of his race for similar issues three years earlier.

Jones, though, tells INTO she has routinely demonstrated her dedication, leadership, and perseverance and believes that’s what voters will respond to on election day.

This November marked the 40th anniversary of when her mother emigrated from the Philippines, hoping to share the American Dream with her two daughters. Jones’ mother, who was a single parent, raised her children to respect the importance of that sacrifice, as well as the promise of what their new home represented. Both of her children would subsequently end up serving in the armed forces; her sister still serves in the Navy.

“You better believe she reminded us every single day that our trajectory in life was due in no small part to being born in this country,” Jones says.