This article depicts sexual violence. The identifying information about the assailant has been removed at the request of the survivor to mitigate negative consequences to her.

Andrea Zekis seemed to be one of few trans women posting “#MeToo” on her Facebook page.

“I am someone who has faced violence [and] harassment of sexual nature,” she tells INTO.

And maybe it’s no surprise. The statistics regarding trans people and sexual assault, as found in the 2015 U.S. Transgender Survey, say that 47 percent of transgender people are sexually assaulted in their lifetime. That’s nearly half of all trans people.

But in all the #MeToo posts flooding Facebook and other social media outlets in October 2017, transgender people were noticeably absent despite facing sexual violence at rates that far outpace cisgender women. Zekis found herself to be one of few coming forward, and her story raises painful and poignant truths about structural violence facing trans people.

Too often, trans women are posited as sexual predators, waiting to attack cisgender women in bathrooms. Erased is the constant threat of violence and discrimination against trans women.

Zekis moved to Anchorage, Alaska to fight transphobia. She was working as a community organizer for Fair Anchorage, the campaign battling Proposition 1, a proposition frequently billed as the most extreme anti-trans bathroom bill to date,advocates viewing it as litmus test for the rest of the country. The measure would require everyone in the city to use public bathrooms that correspond with their original birth certificates, regardless of gender identity, lived experiences, updated documents or presentation. Activists like Zekis think Prop. 1 has a 50 percent chance of passing, finding support from the National Center for Transgender Equality, as well as Fair Anchorage’s Transgender Leadership Council.

In September, Zekis met another local activist at an event. He was older than her, and she noticed people weren’t paying him attention. She approached him, and he suggested they have lunch.

The following week, sitting at a table together, the man started to flirt with her.

She explained to him she didn’t date in places where she was organizing.

“He forced my face towards him,” Zekis says. “I was just like ‘No!’ I was freaked out.”

The man forcibly kissed her as she continued to say no.

Because she hadn’t told him she was trans, she feared disclosure would result in further violence. She fled his house.

As community organizer and public figure in Anchorage, Zekis didn’t feel she could speak up about the assault.

“I was very reluctant to talk about this because I didn’t want it to be about me I wanted it to be about the issue,” she tells INTO. “And I had enough to deal with.”

Zekis had been robbed two weeks earlier. Her car was broken into, and her personal documents and hormones had been taken. She sought counselors and medical attention. She was advised to resign and take care of herself.

“I had to do some self-care,” she says. “I was wanting to make Anchorage my home and incidents in the community made it really difficult to do that.”

Zekis soon left the campaign and Alaska, an agonizing illustration of the fight for transgender humanity that is older than Trump and often ignored. The campaign against a bill that would erase trans people from public life loses a community organizer because to the systemic violence facing almost half of the trans population.

“When I talked about Proposition 1, and I talk about it in public, it’s about that we wanted to have Anchorage be a place where everybody could live, work and play and be seen as equals,” Zekis says. “And yet for me, I experienced violence.”

She didn’t know if her assailant knew she was trans, but it’s not something she hid.

“But it really kind of ran counter to thing I was trying to advocate for,” Zekis says. “My hope for the community is that I really want trans people to be seen as equal, and yet I was the one who was facing a lot of violence in the community.” 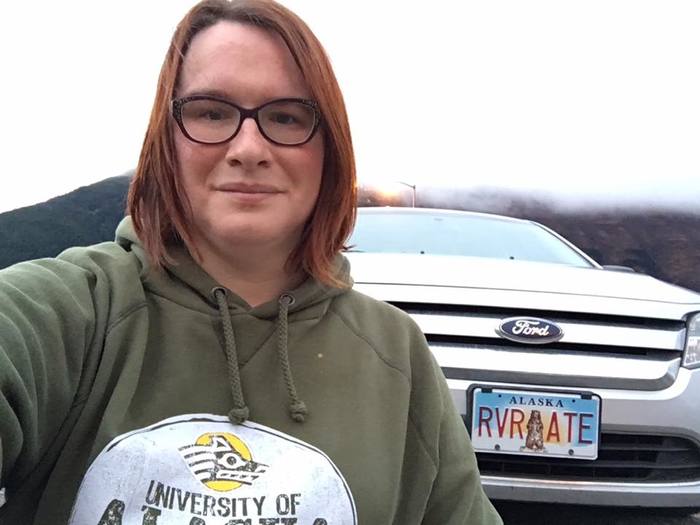 Zekis lost a home and a job, and Fair Anchorage lost a trans voice against the measure. She is far from the only transgender person to speak out about sexual violence in the wake of the onslaught of allegations against powerful cis men likeHarvey Weinstein. But coming forward as a trans person can be especially fraught.

Jay Wu, communications manager for the National Center for Transgender Equality, has been advocating for sexual assault survivors for years. Wu notes that overwhelming the #MeToo narratives that they saw came from cisgender people, and they present a grim theory for this.

“I think that either from previous data or just kind of hearing stories within the community, most people kind of aware that that’s a reality for trans people and have been doing work around it for a long time,” Wu says.

Or to put it more simply, it’s so often that transgender people are survivors of sexual harassment, assault, and violence that they needn’t come out as part of something like #MeToo, their history with that kind of trauma being assumed.

How do we hold space for trans survivors in this growing movement toward speaking up against perpetrators? And how do we empower a people fighting for a collective sense of pride and joy against overwhelming adversity?

Zekis says she misses Anchorage. It’s hard to watch the campaign move on without her, though she has continued to donate in the fight against Prop. 1, and supports the trans activists and allies still working to make sure it doesn’t pass.

“I’m doing what I can,” she says, “but I also know this is their opportunity to shine.”

So from afar, from her computer, she watches and waits for the news from the Great White North. The man who sexually assaulted her continues to work in Anchorage.