It is one of the most extreme cases of transgender prisoner abuse ever alleged.

Strawberry Hampton, a transgender woman incarcerated in Illinois, has filed a fourth lawsuit against the state’s Department of Corrections that claims prison staff have allowed and even mandated sexual violence against her.

“The complaints that she made against the staff are repulsive,”  said 14th District State Rep. Kelly Cassidy. The out lawmaker says she has hit dead ends in trying to get information from the Illinois Department of Corrections (IDOC) on Hampton’s Case.

Hampton, 27, is incarcerated at Dixon Correctional Center. She has been locked in men’s prisons, despite multiple complaints that she is being tormented by staff and other detainees. Her case raises questions about Illinois’ compliance with the Prison Rape Elimination Act (PREA), which mandates that transgender inmates be placed on a case-by-case basis with their safety as a priority. Advocates say that Illinois has passed PREA inspections, but the severity of Hampton’s case calls into question IDOC’s commitment to federal law.

Hampton’s complaint alleges that between 2016 and 2017, IDOC guards at Pinckneyville Correctional Center sexually assaulted her and forced her to have sex with her cellmate for their entertainment. When she reported the abuse, guards beat her and threatened to “bury her in segregation.”

They made good on that promise, Hampton claims. She was held in solitary for an entire year from May 24, 2017, until May 25, 2018. Then, she was transferred to Menard Correctional Center, another high-security men’s prison. Officers allegedly beat her on her way to Menard and at least three more times. They also allowed another inmate to assault her in retaliation for the complaints she had filed at Pinckneyville.

At Menard, officers forced Hampton to perform for them sexually. The details in her complaint from that time are too graphic and triggering to publish in a news report.

“The officers at Menard, like those at Pinckneyville, attempted to cover up their actions by giving Plaintiff false disciplinary tickets, which kept adding to her segregation time,” her suit states.

Her torment continued when she was transferred to Lawrence Correctional Center, where officers called her “fag,” “thing,” and “it,” and refused to protect her from another inmate who masturbated in front of her and threatened to rape her. Officials refused to investigate the multiple complaints she made while incarcerated, as officers continued to verbally and physically assault her, she claims.

In March, Hampton hit IDOC with a federal lawsuit, and she was transferred to Dixon, another men’s facility, and put in segregation. She withdrew her complaint when IDOC started giving her mental health services and moved her out of solitary.

Since then, the abuse has continued, according to her attorneys. She has filed multiple PREA complaints only to face heightened retaliation and torment.

“It’s clear that IDOC can’t or won’t keep Ms. Hampton safe in a men’s prison, and the only possible solution is moving her to a women’s prison,” said Alan Mills, executive director of Uptown People’s Law Center, which is representing Hampton, in a statement. “Because of IDOC’s refusal to protect her, we are forced to return to the courts. The way Ms. Hampton has been treated is cruel and unusual punishment.”

Lindsey Hess, a spokesperson for IDOC, said the department has a zero tolerance policy for all forms of sexual abuse.

“While incarcerated within the IDOC, offender safety is paramount and all allegations of sexual abuse and harassment are taken seriously and investigated,” Hess wrote in an email to INTO. “The Department maintains 100% compliance with the national standards of the Prison Rape Elimination Act as determined by certified independent privately contracted auditors. The Department carefully considers housing assignments and the unique needs of offenders who identify as transgender.” 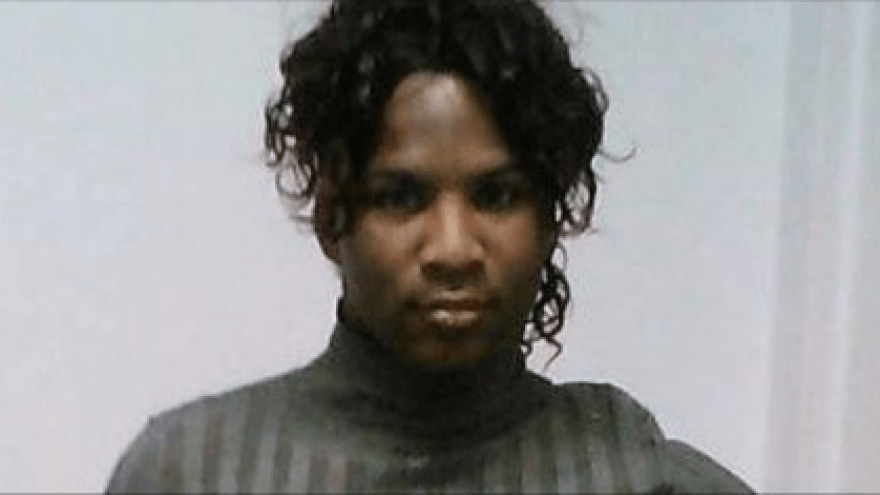 “What we find is when you have this phrase that gives a Department of Corrections a lot of leeway, and that phrase is ‘safety and security of the institution,’ a lot of decisions can be really difficult to interpret and pick apart,” Vollen-Katz said.

In other words, departments often claim that prisoners have to stay in gendered max security facilities because moving them would pose a risk. When security questions are thrown into the equation, PREA compliance is harder to argue.

“Compliance with PREA is really a floor, not a ceiling,” said Vollen-Katz.

Cassidy said she wants to know if any complaints against IDOC staff have actually resulted in disciplinary action. So far, she says, she has received little information from the department.

“We want to make sure that the staff involved are held accountable and if that’s a state police investigation, a federal investigation, that needs to happen,” Cassidy said. “We need to know whether or not DOC is taking this seriously and doing something about it.”

In the meantime, Hampton remains at Dixon, a men’s prison where she reportedly faces daily torment.

“With the support of my family I’m finding the strength to fight for my own life,” she said in a statement. “I want my fight to help protect all the other trans women locked up in IDOC. Life is hell for all of us in here.”

A spokesperson for Illinois Attorney General Lisa Madigan did not comment by deadline.