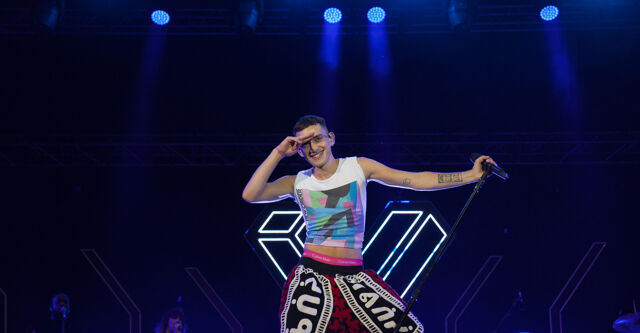 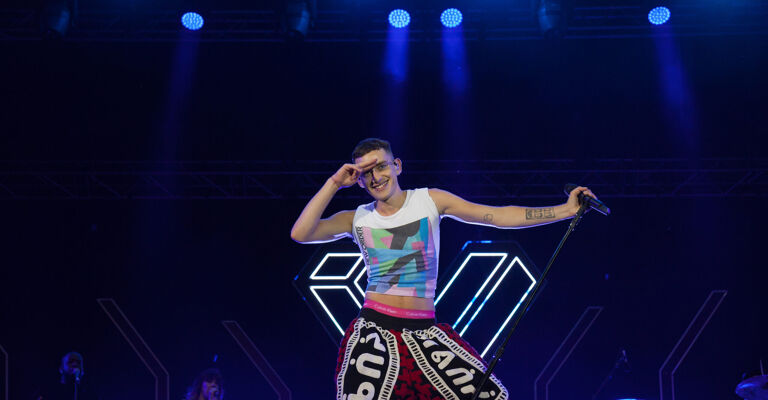 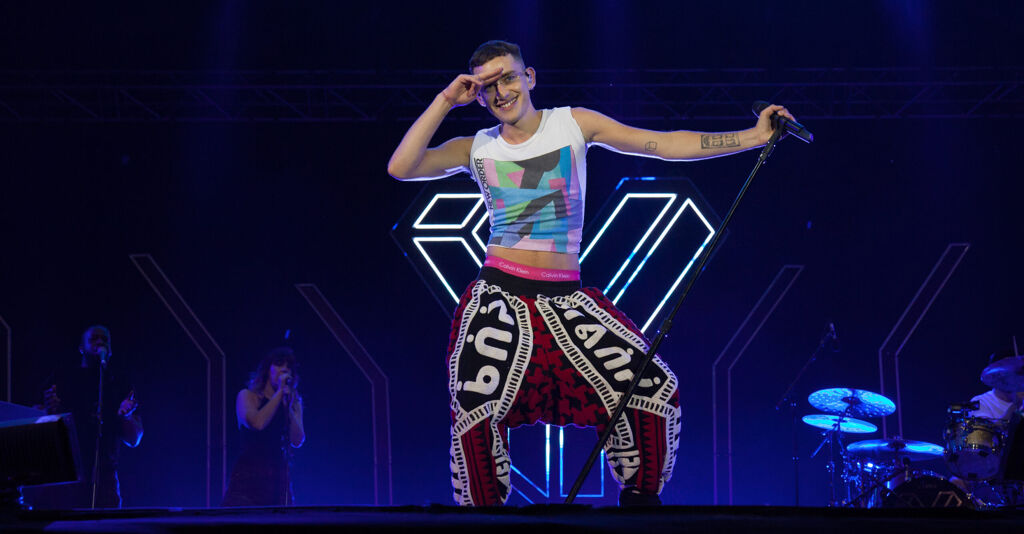 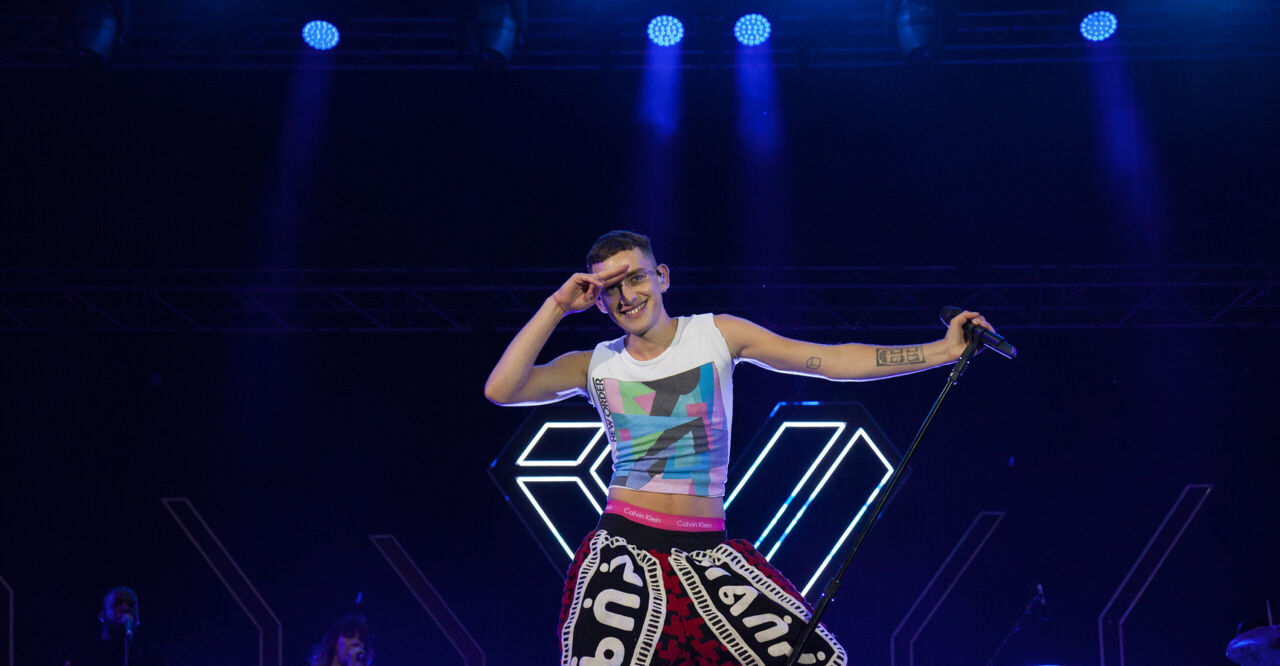 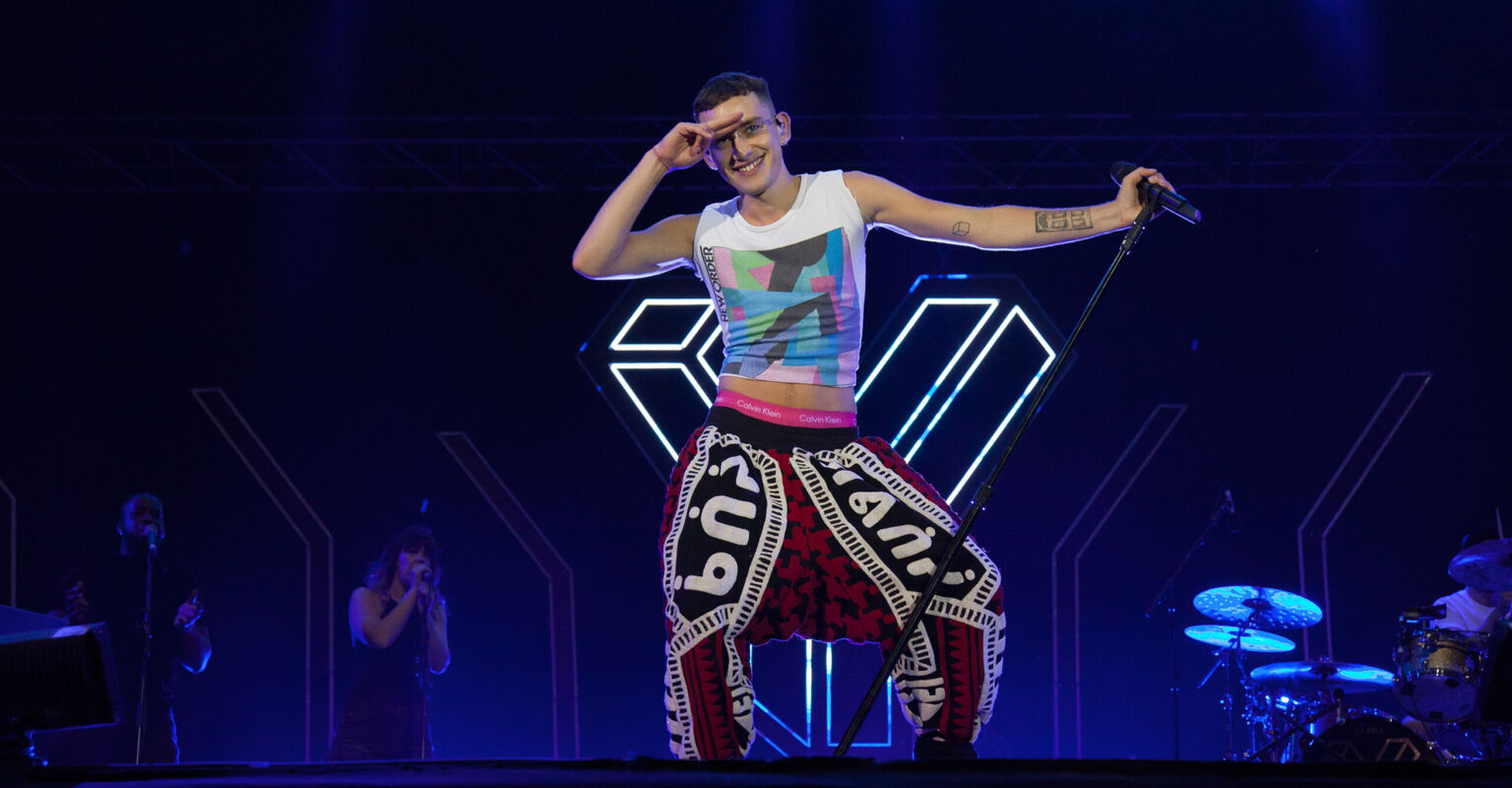 We’re truly spoiled to have so many wonderful queer artists working and creating in the music industry today. Of these, Years & Years are without a doubt one of the very best in the world right now. Originally a trio, in 2021 after two successful albums the group announced that they would continue to release music, but as an Olly Alexander (the group’s frontman) solo project. The group had previously produced popular electronic pop anthems since 2014, but Olly has now been going it alone, and he’s absolutely thriving.

He saw in 2022 with a New Year’s TV special on the BBC where he performed all of his hits and was joined by special guests Kylie Minogue, The Pet Shop Boys, and the final four from RuPaul’s Drag Race UK Season 3. They really gave the gays everything they wanted. The show even received criticism for being “too sexy,” but of course Olly responded in the most perfect way, vowing to be even sexier in the future and aim for a greater number of complaints.

We’re so lucky to have such an unapologetically queer artist like him in mainstream media. Olly’s talent and advocacy combine together in such a powerful way and 2022 is set to be another brilliant year for him with the release of his third album, Night Call, which debuted at Number 1 in the UK. So to celebrate the arrival of new music from one of our favorite queer icons here’s a countdown of his very best singles to date.

“Sunlight” is one of those songs that gives you an immediate serotonin boost the second you hear it. When Years & Years featured on this DJ Magician track all the way back in 2014. it was clear what massive potential the group had. The seamless blend of its infectious beat with Olly’s gorgeous vocals meant that “Sunlight” was only ever going to be a hit, and a hit it was, reaching the Top 10 of the UK Singles Chart.

“Eyes Shut” isn’t the usual high-energy anthem that listeners have come to expect from Years & Years, but this piano-led ballad is a wonderful showcase of their brilliant musical versatility. It was the sixth single from the group’s debut album, Communion, and still made a strong impression on the charts. Coupled with the impressive one-take music video, it definitely deserves more acclaim.

Honestly, a collaboration made in queer heaven. Featured on the re-release of Palo Santo, “Valentino” saw Years & Years team up with the incomparable MNEK, and the amalgamation of creative ability from these two queer artists was only ever going to produce iconic results, wasn’t it? Olly might have sung “I should have known, not to trust Valentino” but thankfully we were able to put complete trust in him and MNEK. When’s the next collab?

This was a Years & Years classic that just missed out on the UK Number 1 spot back in 2015. It really proved that they were destined to be far more than a one-hit-wonder, and it remains one of their most memorable songs to date. The soothing melody and metaphoric lyrics make for a blissful audio experience, conveying individuality but still providing a strong chorus to belt out. Artists surely dream of having just one song as good as this.

Swedish dance duo Galantis clearly have great taste. After last year’s collaboration with Little Mix and David Guetta on “Heartbreak Anthem”, they joined forces with Olly for his third Night Call single, “Sweet Talker”. It’s a single that, as always, shows off Olly’s gorgeous vocal ability but also drops an unexpected string-heavy melody in the chorus. It continues to demonstrate the varied sound that Olly is open to exploring and we’re so here for it.

Maybe the most underrated of all Years & Years’ singles, “Sanctify” was the lead single from their sophomore album Palo Santo. Despite not having as much success as follow-up single “If You’re Over Me”, its distinctive, and almost hypnotic sound has a much more lasting effect and feels like one of the most mature tracks they’ve ever produced. An underrated serve if there ever was one.

Recorded as part of Kylie Minogue’s re-release Disco: Guest List Edition and chosen as the lead single, “A Second to Midnight” is an absolute delight from start to finish. The vocals from Kylie and Olly merge together irresistibly creating a mesmerizing pop dream. If this wasn’t enough to satisfy fans, the accompanying music video then sees the singers become the very best drag versions of each other, shantay you both stay!

“Starstruck” was the lead single from Olly’s third album, as well his first without his ex-bandmates, and wow – what a way to mark the beginning of his solo career. “Starstruck” is a dazzling example of the kind of high-energy pop songs that don’t get made enough anymore and just when we thought it couldn’t get any better, he added Kylie Minogue to the remix, which now is the only version for us.

This is  Years & Years’ most successful single to date, and it’s easy to understand why. The synthy hook, the momentum-building bridge, Olly’s vocals – all the elements connect together effortlessly to create one of the decade’s very best pop songs. The single rightfully went to Number 1 on the UK charts and remains a favorite amongst fans proving that this absolute banger is king by name and by nature.

“Desire” is pop music at its most euphoric. The single has several different versions, the original charting just outside the Top 20 in 2014, with a re-released remix featuring Tove Lo re-entering the charts almost a year and a half later. It’s the Gryffin remix that elevates the single to its greatest heights though and it featured on the official soundtrack for the Zac Efron DJ movie, We Are Your Friends. It’s a song you can truly get lost in, feel the moment of, and it’s undeniably the pinnacle of Olly’s musical expression (so far).