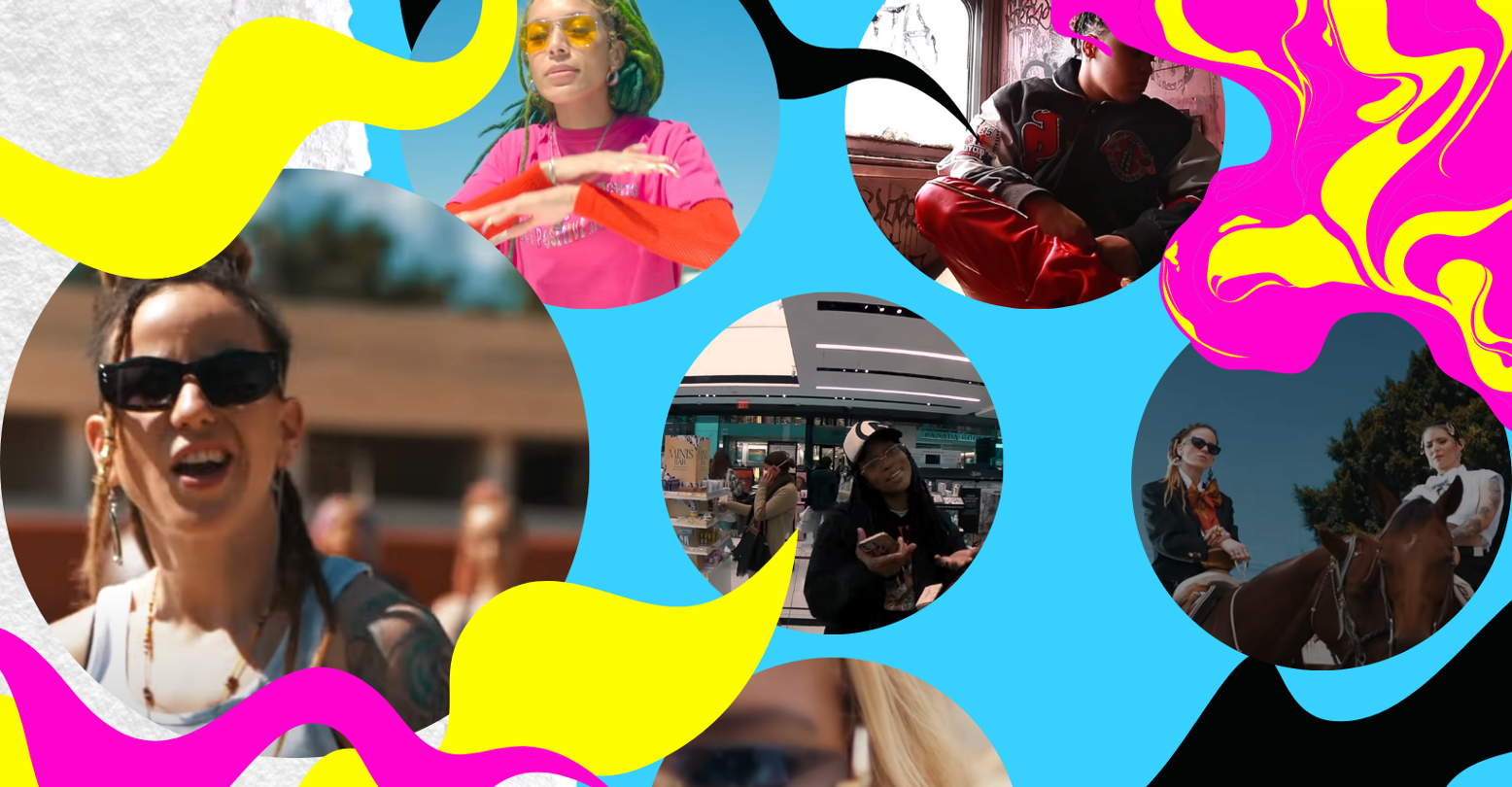 These days, every male rapper wants to be a lesbian. From flat-out omittance to blatant fetishization, this transformation in trend hit a popular peak during 2021, when Drake’s “Girls Want Girls” nearly broke the internet with the rapper’s catchy comeback of, “Yeah say that you a lesbian, girl me too.”

As harmless as Drake’s intentions may seem, other hip-hop legends like Kanye West and Eminem have been deliberately dropping explicitly sexual lyrics about lesbians since before gay marriage was even legalized. West’s 2012 hit “I Don’t Like,” goes as far as to make the grotesque suggestion that, “unless they [lesbians] use a strap-on then they not dykes.”

Around the same time, Syd—an actual lesbian in hip-hop—faced alienation and harassment for her professional proximity to the violently homophobic slurs used by Odd Future. When Syd eventually left the group in 2016, she told the Guardian a year later that she felt as though her presence as the only female in the group could have been a “get out of jail” card. “Maybe it’s so they could say certain things. And use me as an excuse,” she said, drawing the conclusion from frontman Tyler the Creator’s response to her then-controversial exit.

Just like how Syd never really got the credit she deserved for her trend-setting work with Odd Future, queer and lesbian rappers are still subjugated to the background of mainstream hip-hop today. Even as the openly gay rapper Young M.A. made space for herself with her breakout track, “OOOUUU” (2017), male rappers continued to simultaneously deny and narrate the lesbian experience. In 2019, Kodak Black released “Pimpin’ Aint Eazy,” and in addition to dropping the word dyke several times, he also mentions having sex with Young M.A. by name, “I’m fuckin’ Young M.A, long as she got a coochie.”

In 2022, it’s about time that mainstream hip-hop gives queer and lesbian rappers the cultural recognition they so rightfully deserve – and it just so happens that we already have a list of exceptionally talented queer rappers for you to check out.

Self-describing her sound as “countryqueersoul,” Atlanta artist Yani Mo weaves the everyday routine of making coffee into a love story on “Lemon Water.” A storyteller, poet, and rapper all in one, Yani Mo comes across as an old soul who has learned to savor the profound peace found in mundanity – especially when it involves getting a fresh cup of coffee from her lemon-water-loving lady, “Put brown suga in the coffee / When she pours a cup for me.”

Lexa Gates is undoubtedly “Rotten to the Core” on her latest album Universe Wrapped in Flesh. Flexing her nihilistic hedonism, Gates says whatever comes to mind; whether it be about f*cking girls, smoking like a chimney, or dropping dead, she definitely says it, and she probably means it.

Rapping above an old-school bounce with a modern take, Nonbinary rapper DijahSB (they/them) may be on billboards and in beamers now, but life wasn’t always so sweet for the Toronto native. Still, DijahSB persevered, and just like they say on the biggest hit off of 2022 the EP, they always knew they were born to be a star. From working in Apple stores to riding down the strip, DijahSB stays true to their roots with raw rhymes that flex the facts of their own self-made reality.

Already boasting fire features with the Free Nationals and Flatbush Zombies’ Zombie Juice, Californian songwriter Rae Khalil is steadfastly working her way to the top. After watching her Tiny Desk (Home) Concert with NPR, there is no doubt that Rae Khalil is a performer at heart. “Mortal Man” from Khalil’s LP FORTHEWORLD pulls out all the stops; the dreamy instrumental easily aligns with the rapper as she effortlessly switches up from freeform flow to punctual lyrical punches.

Fresh out of Newark, New Jersey’s pineappleCITI writes her own raps – and some of Yo Gotti’s and Twista’s, too. Speaking her success into existence, the “Brick City” native rapped her way into a deal with Red Bull Records. Her viral single “Rose Colored” hits harder than any verse off of Meek Mill’s Dreams Worth More Than Money. pineappleCITI is on the come up and she might just put a few rappers in their place on the way when she says, “Your new bitch got my old number.”

Boston’s budding music community just got that much bigger with Vintage Lee on a mission to take the scene to the mainstream. Lee’s uniquely charismatic sound is birthed by the rapper’s affinity for finding the value in what she has to say and the way only she can say it. In comfortable company with the greats, Vintage Lee’s “Hennythings Possible” earned its place on the soundtrack of NBA 2k18 as only the rapper’s second song ever released. Her latest song “Shopping Spree” sees Vintage Lee happily splurging on some of Rihanna’s Fenty line for her and her girl – simply because she’s got it like that.

BbyMutha is as real as it gets. Always classy and indifferent to criticism from haters, BbyMutha is redefining respectability politics, one rap about ovulation at a time. As much as the rapper attracts the spotlight, she’s not here for anyone’s profit. “D.I.Y” hinges on BbyMutha’s ability to tell it like it is. “If rich gon make me sell out like a bitch / Then I don’t want it,” she explains, refusing to chase anything other than what she wants.

Kelow LaTesha’s 2022 release Turbo is about to blow up. Repping high energy and unadulterated fun, the Maryland rapper works with an intensity that is simultaneously clean-cut and chaotic. Rapping for work and for sport, Kelow’s down-to-earth delivery pairs with a cocky attitude to make for a lethally catchy combination on “Genius.” Prepare to headbang.

Niña Dioz is Mexico’s first openly queer rapper and she’s most definitely one to watch. Proving her worth in Mexico’s male-dominated hip-hop scene was no easy feat. Still, Niña Dioz raps like she has nothing to prove, spilling quick-witted lyrical lines with ease over the laid-back beat of “Mezcal.” As of late, the L.A.-based artist continues to set the tone with experimental instrumentals, mixing Latin elements with the bass-heavy production of electronic influences.

After the hit success of her debut studio album Young HeartThrob, Kodie Shane returns with the release of Love Roulette. As a part of Lil Yachty’s “Sailing Team,” Shane burst into hip-hop with the uncharacteristic vulnerability of her 2016 song, “Sad.” Admittedly a romantic, Kodie Shane writes lyrics with using as ink the blood from her still-beating heart. On “Facetime,” rap legend Rick Ross dubs the young star a “baby gangster” accordingly. ♦