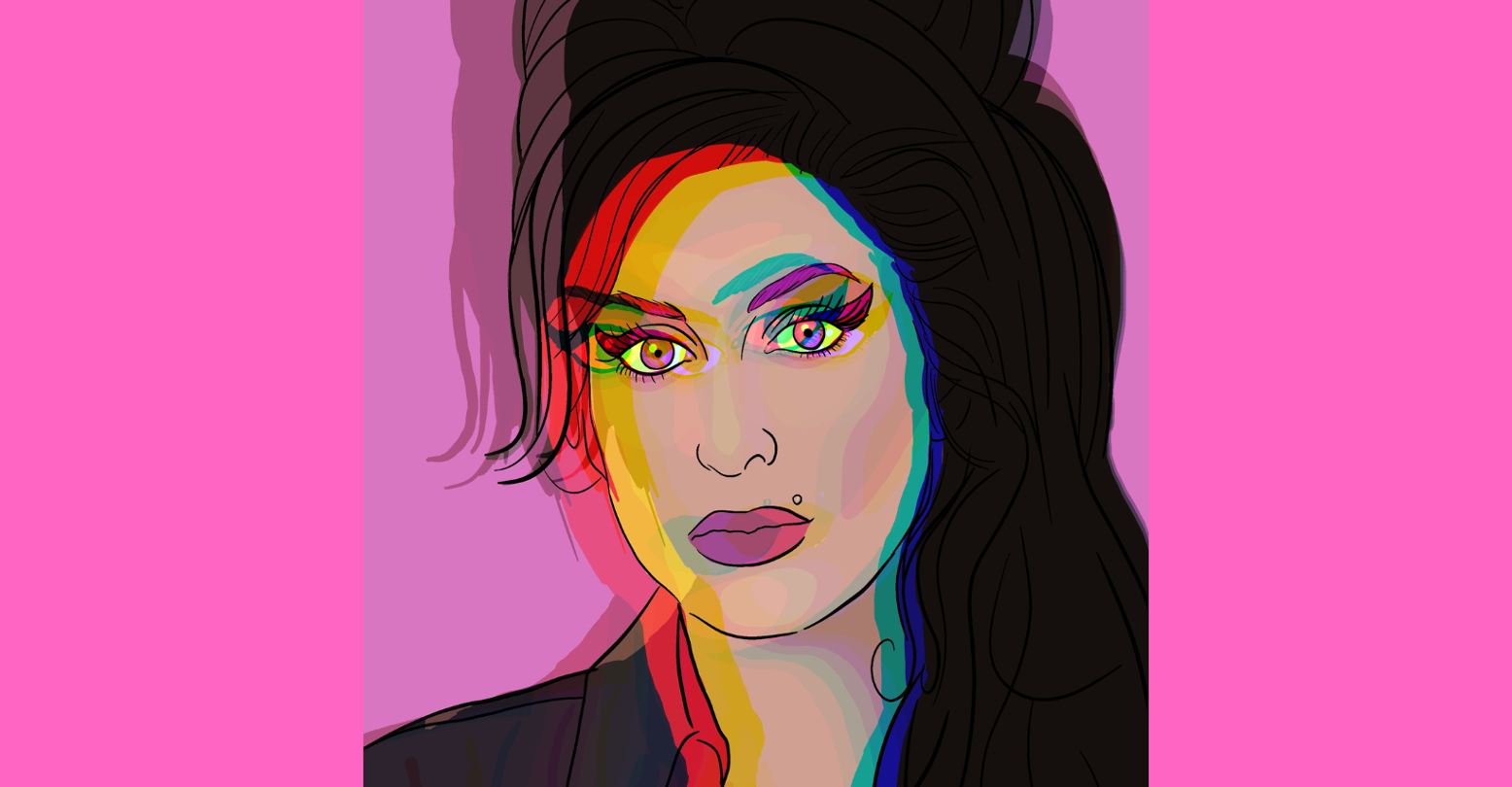 There are different phases to loving an artist. First, you fall in love with the music. The way it makes you feel—the service it provides. Life was one way, and then this song came along, and now, somehow, it’s entirely another. You don’t think too much about the artist (or artists) behind it—you’re just grateful. A collection of noises to help usher you through your day, as a lifting agent. You listen over and over again to the song, the album, the body of work, and soon enough, you find yourself entering phase two. Phase two is when you start actually listening to the lyrics, raking them over for meaning. And you start to wonder about the person who wrote them, how their life must have been in order to get it so goddamn right.

It was 2011 and someone was telling me that Amy Winehouse died. It didn’t matter much to me—who was she, anyway? Nobody I cared much about. I remembered the few times I’d listened to Amy Winehouse while being aware that it was Amy Winehouse. In 2009, “Back to Black” was everywhere, but I wasn’t paying attention to it.

Sometime during that year, I started listening to her. Really listen, for the first time. And she started telling me about myself.

The story went that she was trying to go clean, and then fell back into it. Once the body detoxes, someone explained to me, it can’t take on as much as it used to. Your tolerance plummits, and hits you used to take with ease can level you. She overdosed on her comeback tour: an official “death by misadventure.”

And then sometime during that year, I started listening to her. Really listen, for the first time. And she started telling me about myself.

I remember the first time I actually started to think, deeply, about a lyric she had written. I was listening to an original recording of “Wake Up Alone,” a song that comes off more polished on “Back to Black” but started out—as many of her songs seemed to do—rawer, slower, a little less lively much more of a ballad.

Like so many of her other songs, “Wake Up Alone” was about the chasmic void between how the “I” narrator of the WEU (Winehouse extended universe) wants to be loved, and the love she feels she can get.

She opens the song talking about how she knows she needs to stay busy in the day to avoid falling into the familiar pit of unrequited, obsessive conjecture. She has to stay “tied up enough so I don’t have to wonder, where is he?”

These were old lyrics, I thought. Old as in style, as in the type of confessional jazz-pop that Winehouse was always pointing to in her work: visually, with that big 60s girl group hair and cat eye, and stylistically, with the voice and talent of a much older woman, an Eartha Kitt or a late-career Ella Fitzgerald. But Winehouse’s words didn’t come from the great American songbook. They came from experience, raw and unfiltered.

These days I tell everyone I know about how I want to teach a fiction writing class someday. It will be called “Writing Through Song,” and I’ll use the example of story-songs to teach people that they don’t need a lot of words or even the “right” words in order to tell a compelling story that keeps a reader on the edge of their seats. All you need, as the best songwriters know, is to find the feeling you’re trying to communicate, and tell it straight, no flourish.

Consider the lyrics that end the first chorus of “Wake Up Alone,” the fantasy of the “I” narrator as she dreams of the man she knows isn’t right for her:

“This face in my dreams seizes my guts
He floods me with dread
Soaked in soul, he swims in my eyes by the bed
Pour myself over him, moon spilling in
And I wake up alone”

It’s such a perfect image, your brain dares you not to conjure it up: one body being poured on top of another, swimming in each other’s eyes, the sensuality of the full moon, likewise liquid, “spilling” in. She’s packed everything into that phrase: the boozy porousness of the lovers and who they are to each other, the messiness of their dynamic, the liquid character of both their connection, their bodies when they come together, and their tenuous grip on the world of sobriety. It’s all there: a full, short story. And then, the perfect twist ending: she wakes up alone.

What Winehouse described wasn’t queer desire: the artist was famously straight, and her narrative subject was the torture of straight relationships, especially codependent ones. But there’s a lot you can learn about queer desire by listening to—and learning about—Amy Winehouse.

I started loving her after she died, as it often happens with me. It’s only after a beloved artist has died that I can start to appreciate them for what they were, and this is because now I can have them for myself, alone. I can’t stand to share any artist I love with the world: it’s simply too painful. Maybe it’s because I’m used to love being a lonely thing, a thing you can’t share with others. It’s always been that way for me: a private thing, almost desperate in its neediness. But when I love an artist, I love them with all I’ve got. I’m aware of how craven and pathetic it makes me. But that’s what fandom is, largely. It’s obsessively loving a person you’ve never met. It’s devoting your life to someone who you can’t ever have a real relationship with. In a word, it’s extremely gay.

Maybe it’s because I’m used to love being a lonely thing, a thing you can’t share with others.

Amy Winehouse wrote about having shitty boyfriends, about f*cking and fighting and throwing up, about late, anguished nights in weird hotels, about breakups as periods of “inevitable withdraw.” She was honest about how messy it was, and then she died and became an icon, another tragic symbol of youthful, Icarian transgression.

Once again, I must ask: what’s gayer than that?

A while ago, I remember reading a Leslie Jamison essay that summed it up perfectly, the Winehouse appeal.

“The public loved to watch her falling apart. The darkness inside her was always spilling out.”

Obviously, gay icons are made of this. It’s not just the vulnerability of these stars that we love, it’s their inability to lie about it. That was what made Judy Garland so wonderful—what still makes her wonderful to us. It’s also the obsession with a man who to everyone else just looked like a dead end, the Norman Maine/Esther Blodgett synchronicity of it all. Writing about Winehouse’s relationship with her husband Blake, who was, along with Amy, addicted to crack for a number of years.

The women we worship always manage to find a broken man to supplement their brokenness. That’s part of the identification, too. It’s not enough to love the world’s most vulnerable woman: we have to love (and hate) her extremely vulnerable ex, too. The one who used her up and then left. The one who was addicted to her in a different way. The one who made it possible for her years-long decline to appear romantic to both of them, whimsical and exciting, even.

I think what we keep coming back to in loving these women is the need to embrace that awful liquidity, the thing that defined them in the first place, that made them so unmanageable to themselves and their lovers while they lived. It’s that sense you get when you start listening to an Amy Winehouse song of the words, the sounds, the scratchy, slurring voice being poured over you, like whiskey over ice. You drink it in, feel consumed by it. It renders everything perfect in an artificial amber haze.

And you wake up alone. ♦