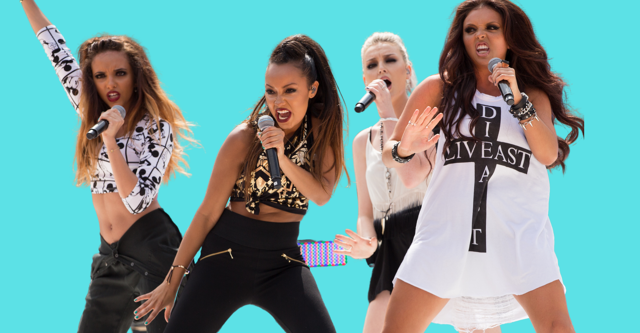 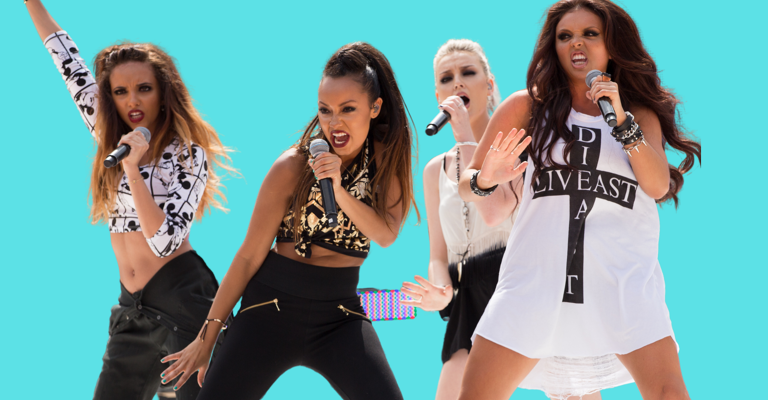 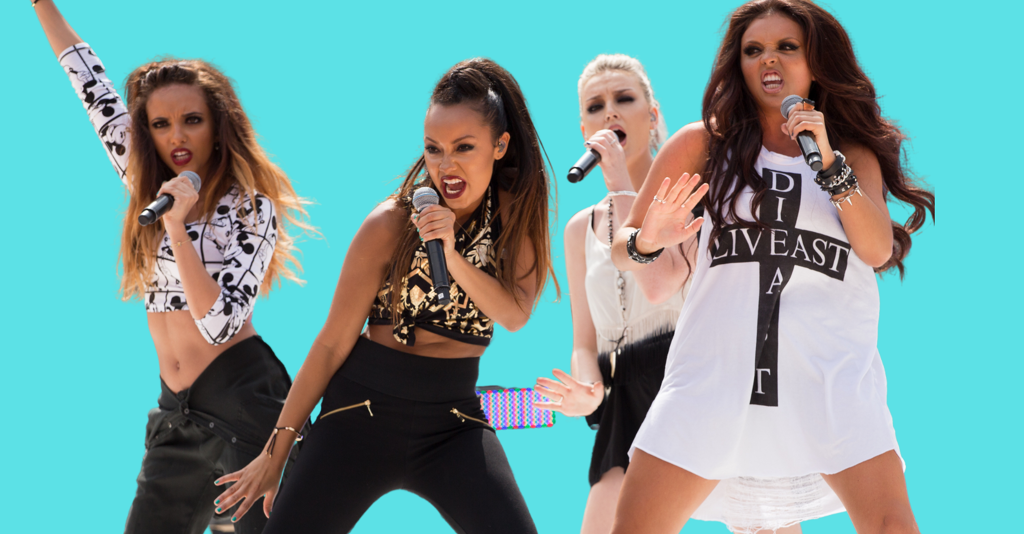 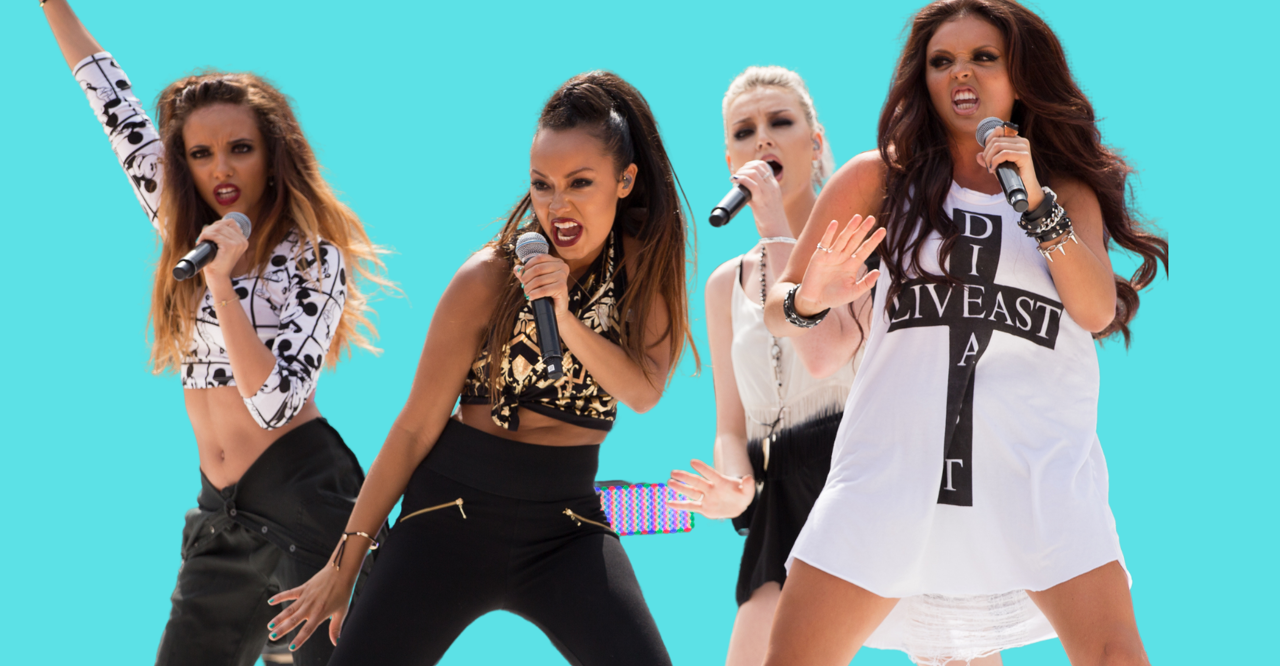 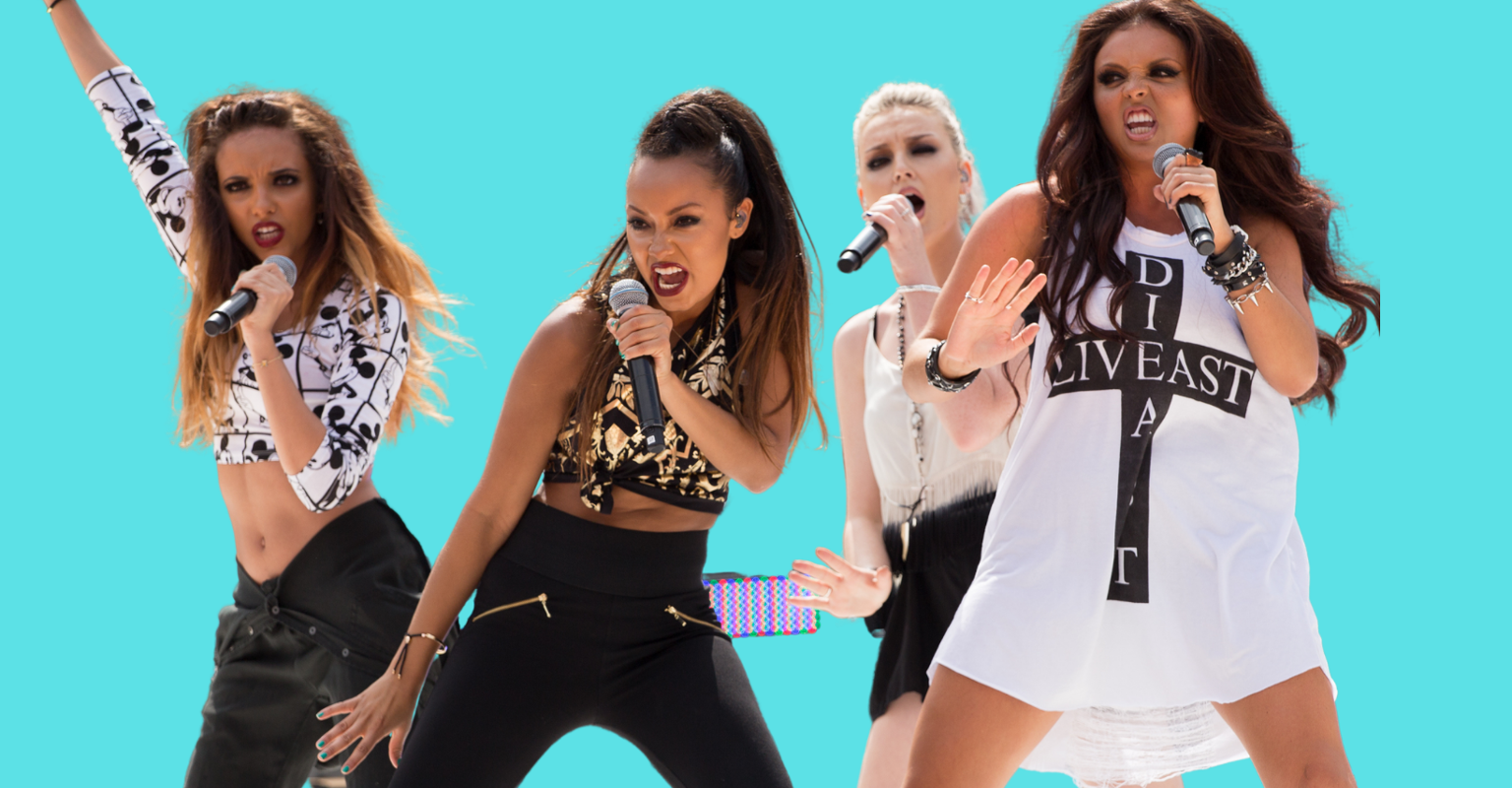 This November sees the release of UK girl group Little Mix’s seventh album, Between Us. A decade after the girls became the first-ever group to win reality singing competition The X Factor, they’re celebrating their ten-year anniversary with their first greatest hits collection. Featuring eighteen singles that fans know and love, as well as four brand new songs, Between Us feels like a fitting way to mark ten years of vast success. To release seven albums in a ten-year stretch is remarkable in its own right, but Little Mix is so much more than the brilliant music they release, as well as making a cultural and social impact in countless other ways during their first decade together.

It was a somewhat convoluted journey for the girls in the beginning, however. Originally all auditioning separately but failing to progress past the boot camp stages of The X Factor, the girls were then put into two girl groups, and eventually ,the original lineup of Jade Thirlwall, Perrie Edwards, Leigh-Anne Pinnock, and Jesy Nelson were selected from these two groups to create…Rhythmix? Yes, that’s right, this is what they were originally called before they had to change it due to a Brighton-based charity already having the same name, as a result, the group was renamed Little Mix. They would go on to make history by winning the eighth series of the popular show, subsequently securing their first number 1 with their winner’s single cover of Damien Rice’s “Cannonball”.

Despite their victory, success after The X Factor was no guarantee. Of the show’s previous winners only a few were still active in the music industry at this time. The girls returned with their debut album DNA, released in November 2012 after a string of singles. The first of which, the empowering pop anthem “Wings” flew straight into number 1 on the UK Singles Chart in August cementing a strong start for the group. The album would go on to give them a further three top 20 singles, “DNA”, “Change Your Life” and the Missy Elliott collaboration “How Ya Doin’?”. Although the group would go on to majorly surpass the quality of work in this album it was a well-received debut that showed they could exist successfully beyond The X Factor, and little did we know but the girls were really just warming up.

Since then, they’ve gone on to release another five albums, silencing any critics who thought they wouldn’t survive past their debut. Their success has continued to grow over time with their fourth album Glory Days being their biggest commercial achievement of their career, reaching number 1 on the UK Album Chart and garnering certified 4x platinum status. The album includes the number 1 smash hit “Shout Out to My Ex” as well as other fan favorites “Touch” and “Power”. What’s more, the group has consistently shown that they aren’t just recording artists but excellent live performers as well. The girls have proved themselves a force to be reckoned with, touring every single one of their albums. Their highly anticipated Confetti tour is coming in 2022 after its delay for obvious reasons and we can’t wait to see them smash another live show – see you in the front row!

They used their 2021 acceptance speech to call out white male dominance in the industry and dedicated the award to the girl groups that came before them, The Spice Girls, Sugababes, All Saints and Girls Aloud.

In addition to their impressive roster of tours, the group has also delivered many memorable live performances in other settings. Their back-to-back performances of “Black Magic” and “Shout Out to My Ex” at the 2016 and 2017 Brit Awards being two of their most iconic. 2017 also marked the first of three Brit Award wins for the group as they won Best British Single for “Shout Out to My Ex”. Most recently in 2021 they won Best British Group becoming the first girl group to do so in the entire forty-three-year history of the award (about time!). They used their acceptance speech to call out white male dominance in the industry and dedicated the award to the girl groups that came before them, The Spice Girls, Sugababes, All Saints and Girls Aloud – once more showing just what a class act they are.

As if conquering the charts and winning awards wasn’t enough, the group also went back to their TV talent show roots launching their very own show, Little Mix: The Search in 2020. The reality competition saw the girls looking for a support act for their upcoming Confetti Tour, with them acting as the judges – who needs Simon Cowell anyway? Beyond this full-circle moment for the group, a year later, Leigh-Anne stepped out by herself and made a powerful documentary during the pandemic. Leigh-Anne: Race, Pop & Power was released in May 2021 and documented Leigh-Anne using her platform to explore racism in the UK and specifically in the UK music industry. In the film, Leigh-Anne is honest and open about her experiences and knowledge of racism and excellently facilitates discussion between other Black female artists and begins the process of making real-world change.

The women of Little Mix are also amazing advocates for the LGBTQ+ community, continually demonstrating their allyship. Anyone that’s been to one of their tours knows that they dedicate “Secret Love Song Pt. II” to their queer fans, always creating a special moment in the night for their LGBTQ+ supporters. In addition to this the group have elevated queer talent, featuring drag performers in two of their music videos. Ru Paul’s Drag Race alumni Alaska, Courtney Act and Willem all appear in their video for “Power” whilst Ru Paul’s Drag Race UK’s Bimini Bon Boulash, A’Whora, and Tayce star in their “Confetti” music video, which also sees the girls perform as drag kings. Both Jade and Leigh-Anne have also appeared on Drag Race UK as guest judges. There’s no mistaking this for performative allyship either as the girls also publicly support LGBTQ+ charities such as Stonewall and Mermaids, helping in the fight for queer rights. Speaking of mermaids, who could forget their gorgeous video for Cheat Codes collaboration “Only You” which features a queer romance between a young girl and a mermaid? Little Mix are allies through and through and we’re so thankful for their work and the example they set.

The Confetti and Between Us era has been one of the group’s best, and despite the departure of Jesy, the group has only gone from strength to strength. They even have their very own stunning waxwork models in Madame Tussauds now. As well as achieving their fifth number 1 single with the certified banger “Sweet Melody” they’ve also featured on Top 10 tracks “Heartbreak Anthem” alongside Galantis and David Guetta as well as “Kiss My (Uh-Oh)” with Anne-Marie. Both Perrie and Leigh-Anne recorded no less than four of their 2021 music videos whilst pregnant and then gave birth to their children only days apart in August, welcoming three new mixers into the world. Their work as a group has truly never felt stronger and with the release of Between Us and the Confetti tour coming in 2022 it looks like Little Mix’s reign over pop culture is long set to continue and we’re so here for it.♦