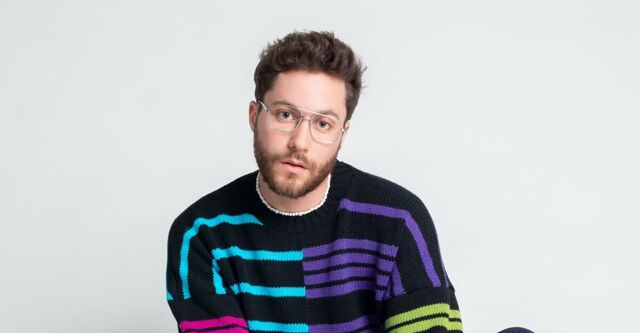 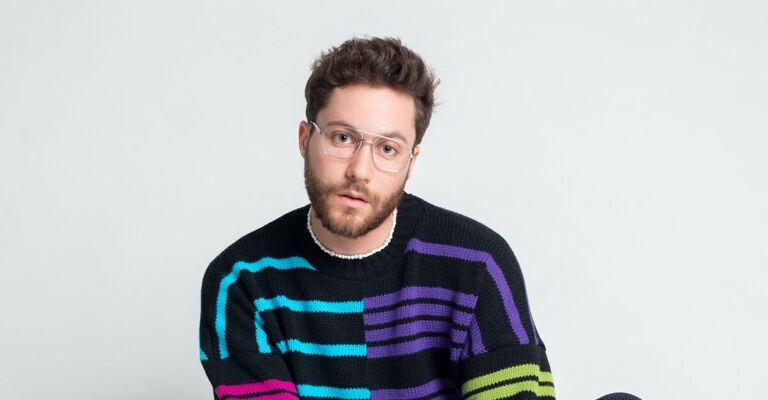 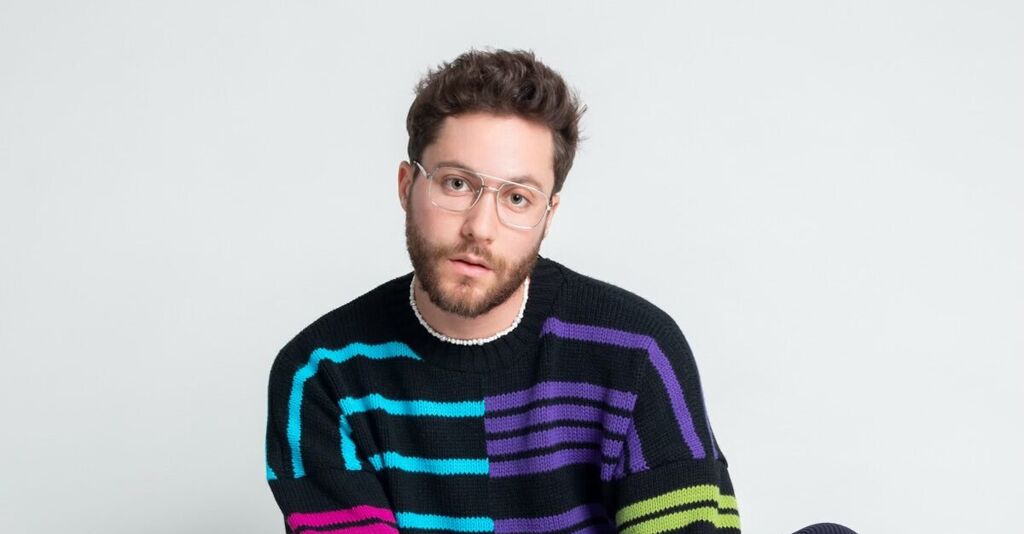 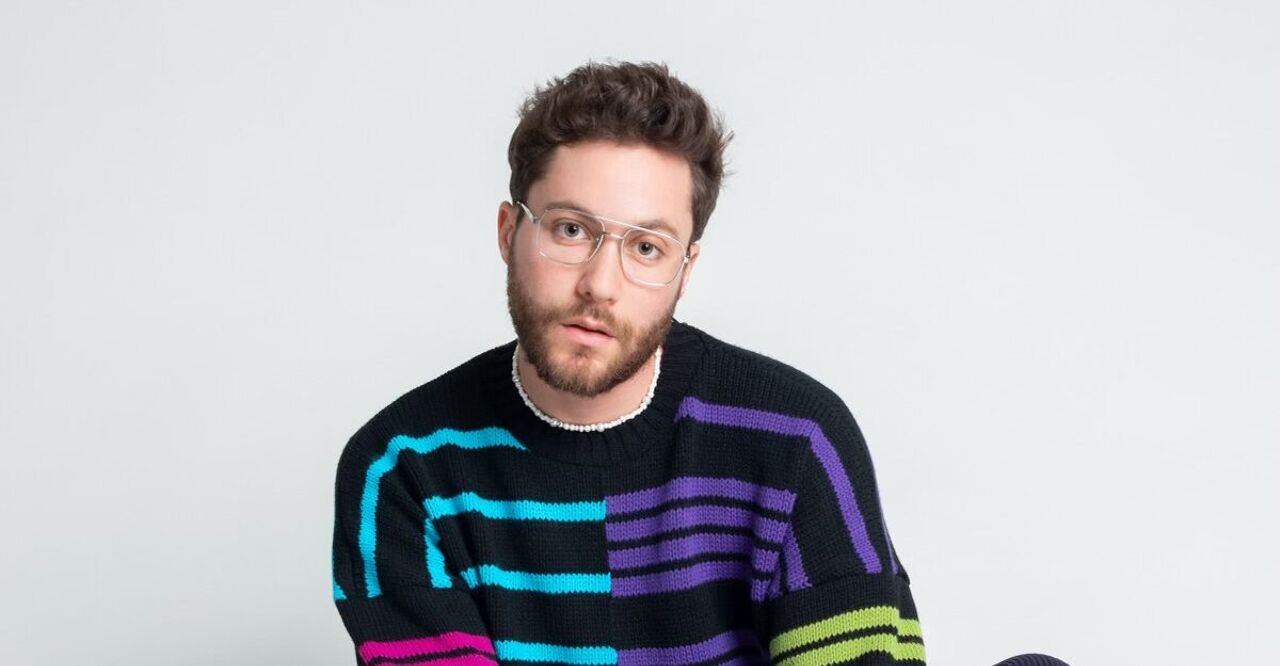 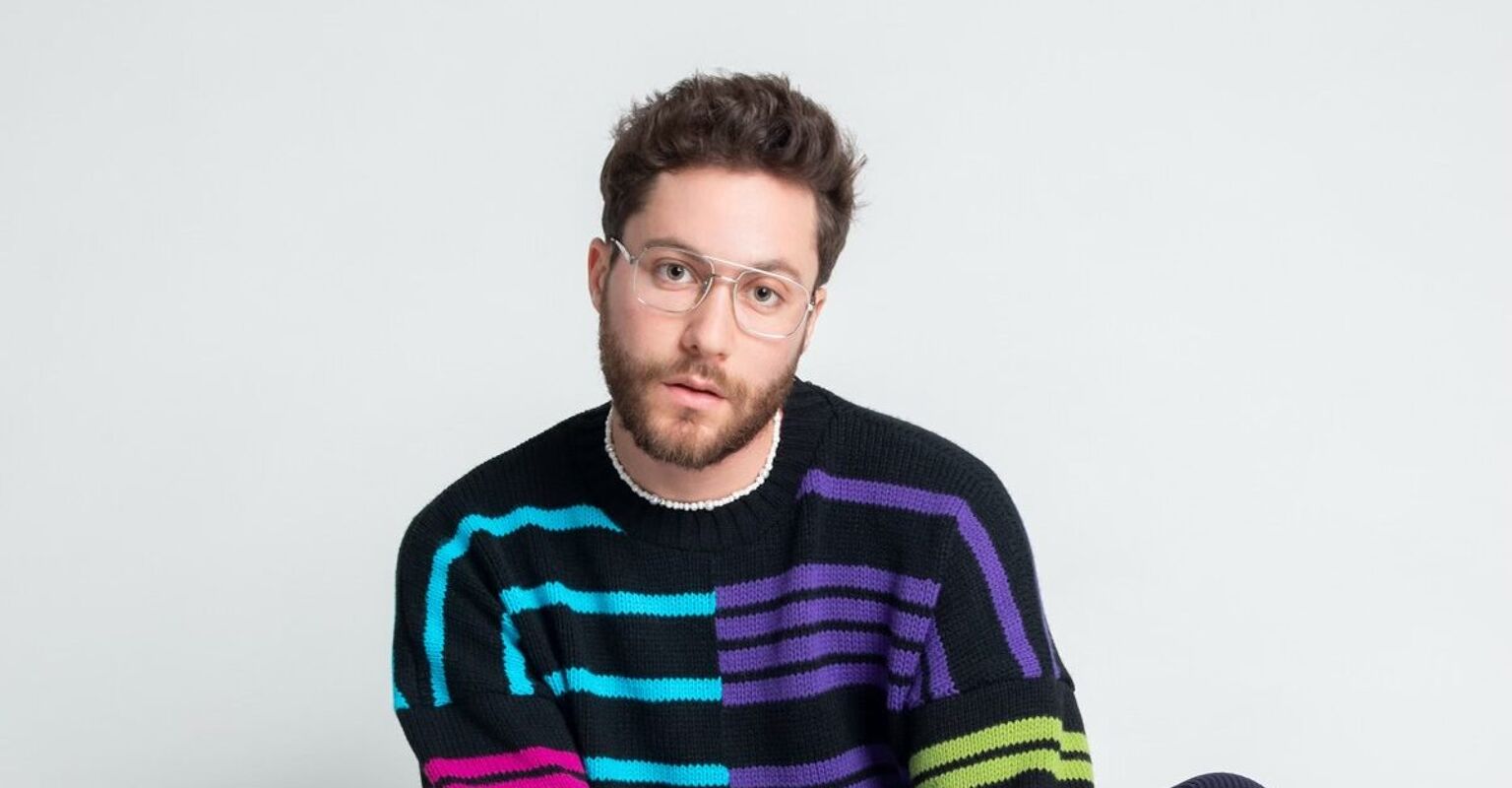 JORDY doesn’t know sh!t. But he does know how to make an insanely catchy pop hit. The rising star’s latest single, “IDK SH!T”, is not only super danceable, but instantly relatable: it nails the universal feeling that none of us have any idea what we’re doing. INTO sat down with JORDY to talk why the track is his favorite song yet, the story of its ‘70s-inspired music video, and making his Lollapalooza debut this weekend in his hometown of Chicago.

INTO: Hi, JORDY! I’m obsessed with your new single, “IDK SH!T.” How did that song come together?

JORDY: I wrote it in January in Joshua Tree with some of my best friends. We usually try to make it a thing a couple times a year to go somewhere outside of LA and just camp out for a week and make music. That’s always the best start to any song, when you’re with people you love.

It’s so funny: we always start with an idea. And we always are like, “This isn’t it.” We have to stop and then we have to take a step back because we’re overthinking or we’re thinking too hard or whatever. That kind of was the deal that morning. We started something we didn’t love, and then we took a step back and just started talking about life and where we were at the time, mentally and emotionally.

All of us are in our mid-to-late 20s. And I think we were all kind of like, it’s just funny, being in our late 20s trying to figure out, you know, what tax form am I supposed to fill out? How to fix this in your car? All these little things where you’re like, “I’m an adult, but I feel completely like a child, and at the end of the day, I don’t really know what I’m doing.” We just wrote it in probably an hour. It was so quick, because we were all just having so much fun.

I’m coming at it from a millennial point of view, but posting it online, it’s been cool to see people commenting like, “In my 40s over here, and it never changes! It’s still the same now!” I think it’s one of those relatable adult things where you become that adult you saw yourself as a child, and you’re like, “Wait, I feel like I don’t know any more now than I did then!” It’s just kind of a fun reflection on that acceptance as an adult.

INTO: Oh, yeah, super relatable. I’ve seen you say a few times on your social media that this is your favorite song you’ve ever made. Why is that? What sets “IDK SH!T” apart?

There’s something about the production and sound of the song that fulfills me in such a way. There’s so many musical inspirations that you can hear in the song. I’ve always been a Lauv fan and his poppy production, but I’m also a huge AJR fan and I love that full band kind of sound — it’s just kind of like an accumulation of all of these kinds of sounds I’ve been trying to incorporate into my music.

Also, the bridge of the song is just my favorite part of any song I feel like I’ve ever made. It feels like you’re in the crowd at a show listening to me perform it live, and I really love how it tries to involve the audience in that way. I just always think about the music I wanted to make as a kid. Looking at myself now, this is the kind of song that I’ve always wanted to put out.

That’s beautiful! I loved the music video, too — how did that ‘70s dating show concept come together?

I work with this director, Assaad Yacoub. He’s absolutely incredible. He pitched the idea when we were talking about what kind of music video we wanted, and as soon as I saw that idea, I was like, “Oh my god, this makes so much sense.” It was super fun to dress as different characters and be all three of the contestants, but still myself, just dressed up as different personas. And I just love how the video starts and it’s like, “Okay, JORDY, tell us a little bit about yourself,” and then it goes right into the song — it makes so much sense to me, and I just think it’s a fun concept.

I think the ‘70s era has a really fun, bright, energetic look and vibe that I feel goes hand-in-hand with the song itself. It just all felt so new for me and fresh. I’ve never played with these kinds of looks before, so it was really cool for me to do a little character development, if you will.

Absolutely! Okay, let’s talk about Lollapalooza. Congratulations on your debut! How does it feel to be performing at the festival, especially since you’re from Chicago?

Oh my god, it’s really just so special. I mean, this has been a family outing for years now. We always go together and it’s just a fun weekend for us to go see live music. Family and friends, growing up, we’d all go, and it was the best thing ever.

Now it’s flipped a little bit and I get to be the one on stage. I spent a lot of time at Lolla looking at the people on stage really manifesting and hoping that would be me one day. So to be able to do this special kind of performance in my home city with all my family and friends there, all the fans who’ve shown so much support in the Chicago area too — it’s just going to be so exciting. It’s going to be probably the biggest stage I’ve performed on so far in my career. So it’s a lot of exciting things. Very emotional, very grateful, super reflective.

I can’t wait to see you kill it! I’ve also been bumping your last single, “Dry Spell,” all summer. Are these two singles ramping up to something bigger, perhaps? Maybe a second album?

I mean, I’m always working up to something bigger. Yeah, I think I’m totally in album number two mode. There’s been a lot of writing and a lot of new songs and a lot of exciting potential interpolations. I’m very excited for this next batch. I think it’s gonna be super special. Hopefully early next year we’ll be able to see a full project, but always rolling out the singles because it’s hard for me to go a couple of months without putting out music. I like to keep the children fed! That is how I like to do it!

And how do you see this upcoming project being different from your debut album “Mind Games”? How do you feel you’ve grown as an artist since that release?

“Mind Games” will always be the most special project to me, just because it’s my first baby and I’ll always have so much love for it. I am excited about there being more of a storyline from front to back on this next project. More of, like, in real time, this is kind of what was happening throughout the past year. I think that’s going to be really cool, to have a project in this chronological order of actual events and to tell that full story. There’s a lot of songs I haven’t even made yet, and I’m just excited to keep it moving.

I’m so excited to hear it. Break a leg at Lolla!

“IDK SH!T” is now streaming on all platforms.