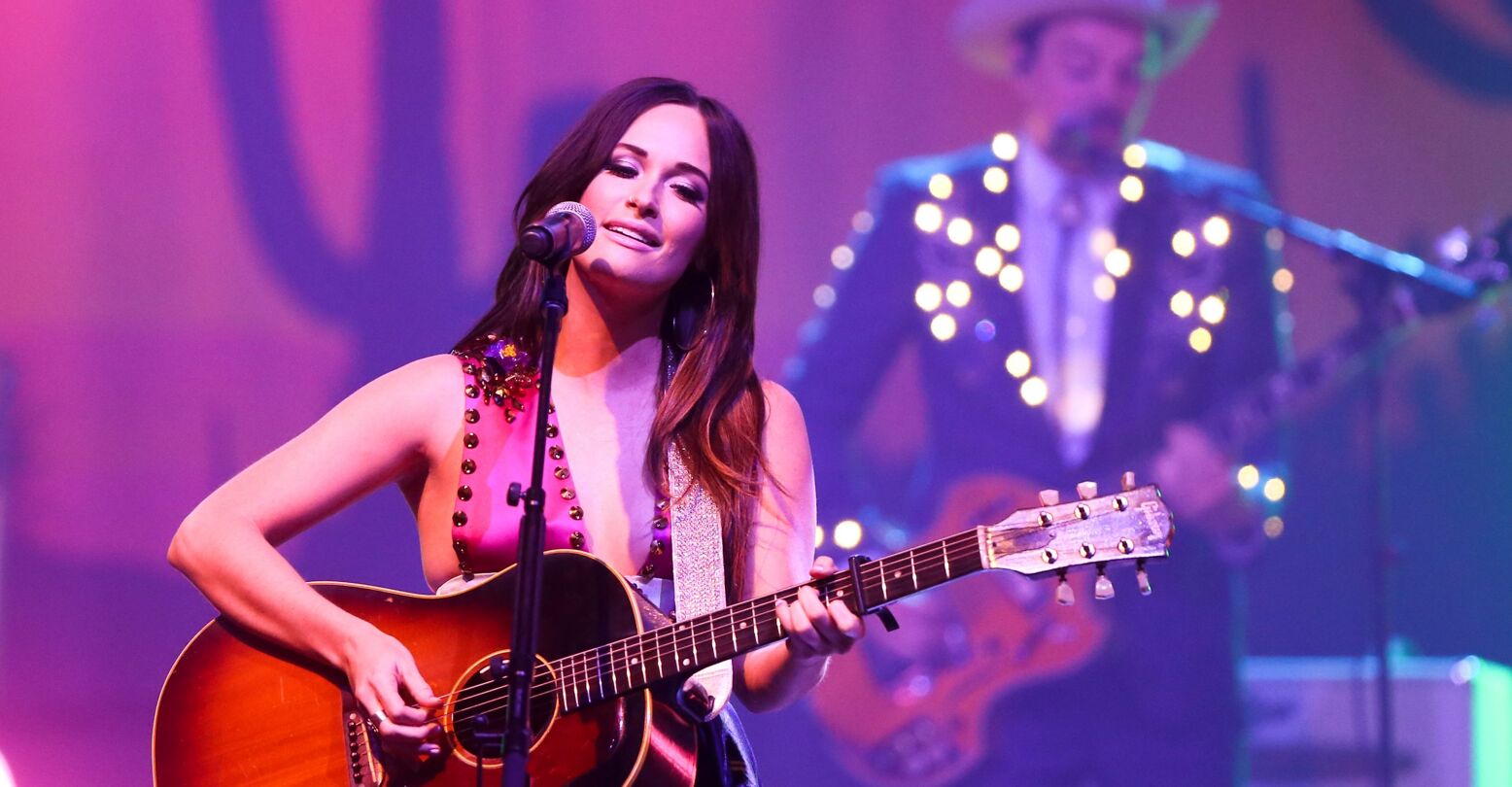 Kacey Musgraves is currently disillusioned, divorced, and rightfully going on tour with only the gays! The country star was delighted to announce Monday via Twitter she is teaming up with queer industry icons MUNA and King Princess for her Star Crossed: Unveiled Tour this winter.

The dreamy promotional poster officially tweeted by Musgraves promotes appearances in 15 cities and more importantly, dons a less-than-pleased portrait of the singer slightly obstructed by a nearly translucent veil. Perhaps the infamous unveiling referenced in her tour title has yet to occur for Miss Musgraves who will release the tour’s accompanying album “Star Crossed” on September 10th.

It takes little speculation to figure out the new album, as it follows grittily honest singles like “star-crossed” and “justified,” is going to cover the lowest of lows conceived from Musgrave’s startling divorce announcement back in 2020. The public loved the genre-bending artists at her happiest on Grammy award-winning “Golden Hour,” and one can only imagine how soulful Musgrave’s music will be upon what seems to be her entrance into the cultural phenomenon of an artist’s  “depression era.”

Fortunately, the newly awakened Musgraves will be hitting up cities like New York, Chicago, and Atlanta accompanied by King Princess and MUNA: two queer music acts who certainly know how to dance amidst the tears.

Through their distinctly electropop sound, MUNA the all-queer trio lays out disturbingly sincere lyrics to an upbeat poppy soundtrack – the likes of which is perfect for crying in the club. Their most-streamed song, “Number One Fan” from MUNA’s second album “Save the World,” opens with a heart-thumping, ass-shaking beat only to be paired with the lyrics, “So I heard the bad news, nobody likes me and I’m gonna die alone in my bedroom.”

MUNA’s eclectic style of slapping bass and eerie synths comes together nicely with the genre-less and genderless appeal of queer pop star King Princess. Although she’s happily in an adorable relationship with partner Quinn Wilson, she still knows how to bring the heartbreak on her latest released projects, “Pain” and “House Burn Down.”

Overall, it seems Musgraves, King Princess, and MUNA are a perfect fit for a deliciously emotional stint on the road with Star Crossed: Unveiled. And for longtime queer ally Kacey Musgraves, the star-studded tour becomes an opportunity for her to once again introduce country music fans to the limitless appeal of queer musicians like MUNA and King Princess. Tickets go on sale September 9th. Buy Merch to support queer musicians!