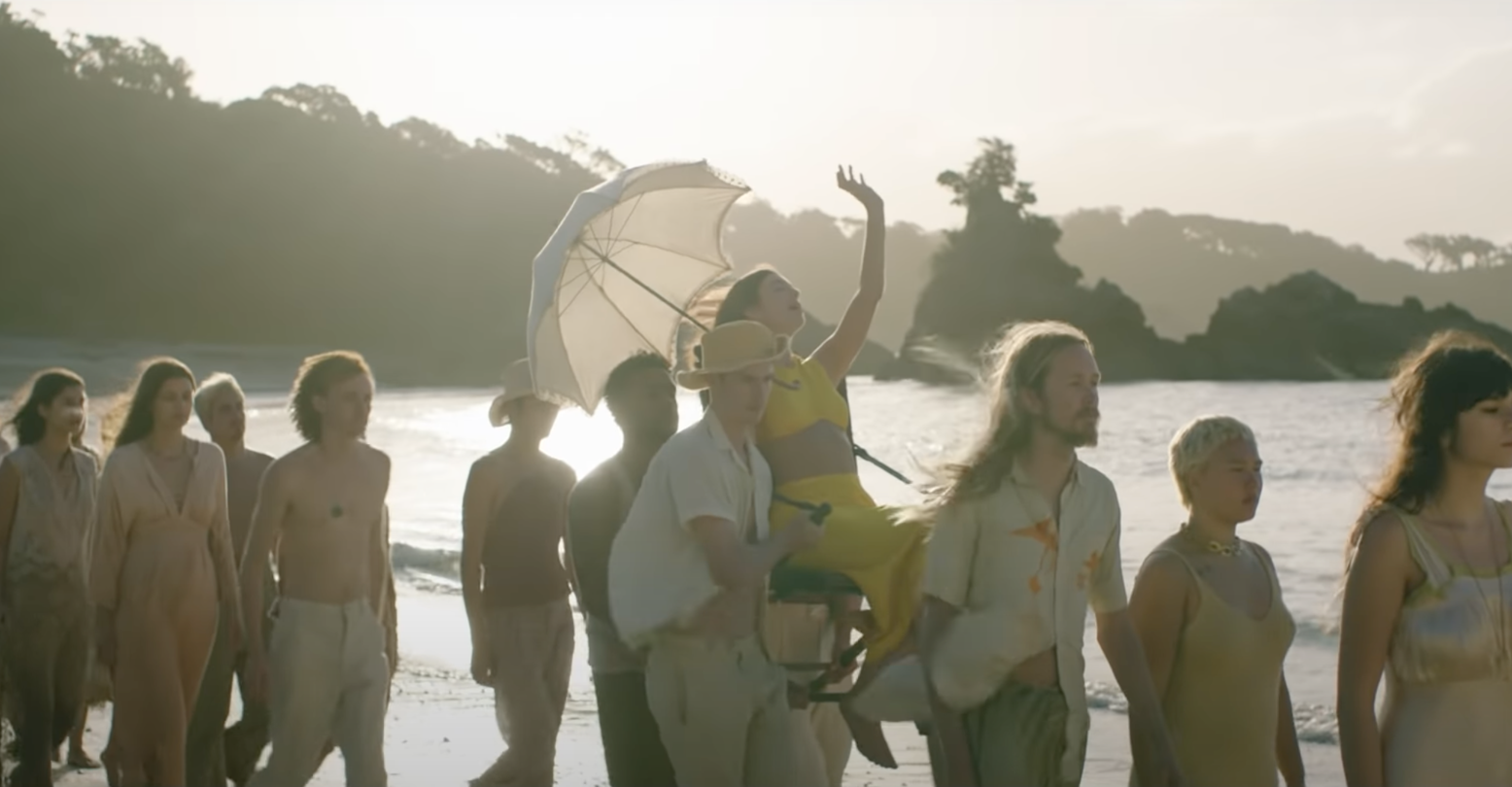 “Simpsons” character Martin Prince Jr. may be the official “Queen of the Summertime,” but Lorde is swiftly coming for the title with the video drop for her new album’s first single, “Solar Power.”

With lines like “It’s over/It’s a new state of mind” and “I throw my cellular device in the water,” it’s giving us end-of-the-pandemic good vibes for sure. The video—set on a sunlit beach full of linen-clad dancers—also bears more than a passing resemblance to Ari Aster’s 2019 hit Midsommar. Of course the dolls are already gagging.

Bowen Yang called an emergency meeting of the minds today on IG live just to discuss the video in its entirety. Inviting his Las Culturistas cohost Matt Rogers on as well as fellow comedians Josh Sharp and Sam Taggart, Yang leads the discussion, prophesying that Lorde is going to bring in an entire summer witch mood with this album. Rogers was simply happy to see Lorde “serving inches” as well as legs in that canary-yellow two-piece ensemble. The group decided that winter is decidedly dead and over until further notice. Summer 2021 is a whole vibe, not a single season.

“Winter found dead,” Taggert said in response to the video’s sunlit aesthetic. Rogers pointed out that Lorde might be courting controversy by describing herself as a “prettier Jesus,” and Yang proclaimed Lorde’s previous album “Melodrama” to be a winter album.

She’s serving seasons. She’s also serving something else. What’s in that weird trumpet thing they keep passing around? Why does Lorde take a sip from a drink only to reveal that it’s actually a vape?

There are so many questions, and just not enough answers. All we know is the Lorde has finally returned, and our suffering is over at last.

At least, until November.