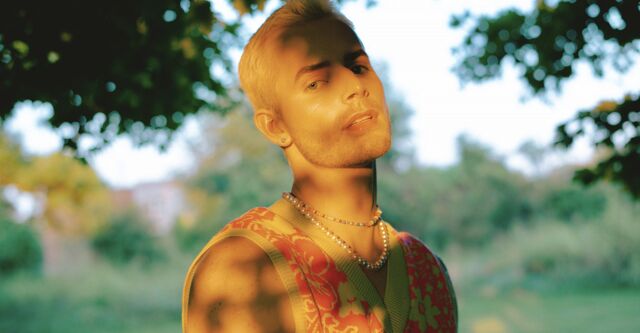 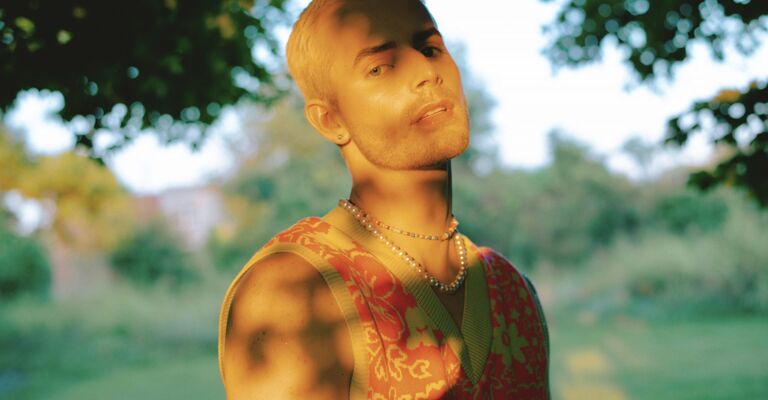 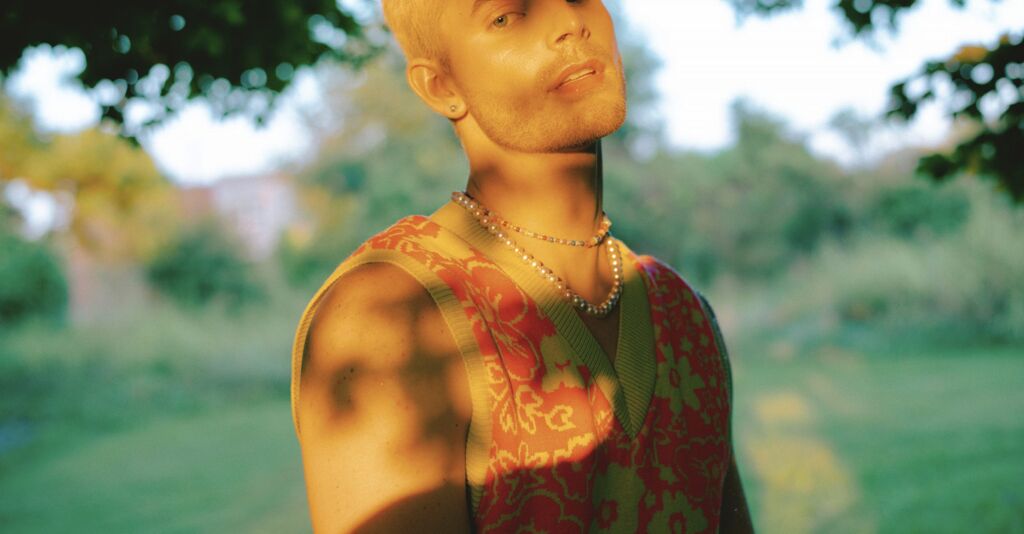 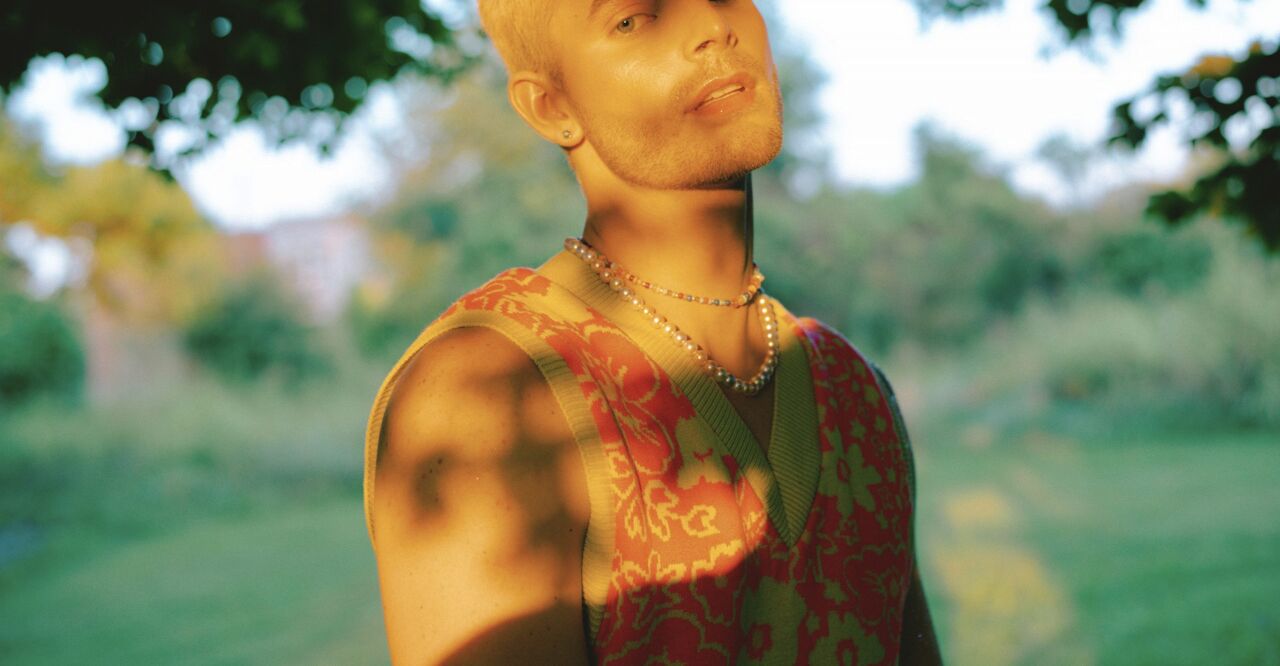 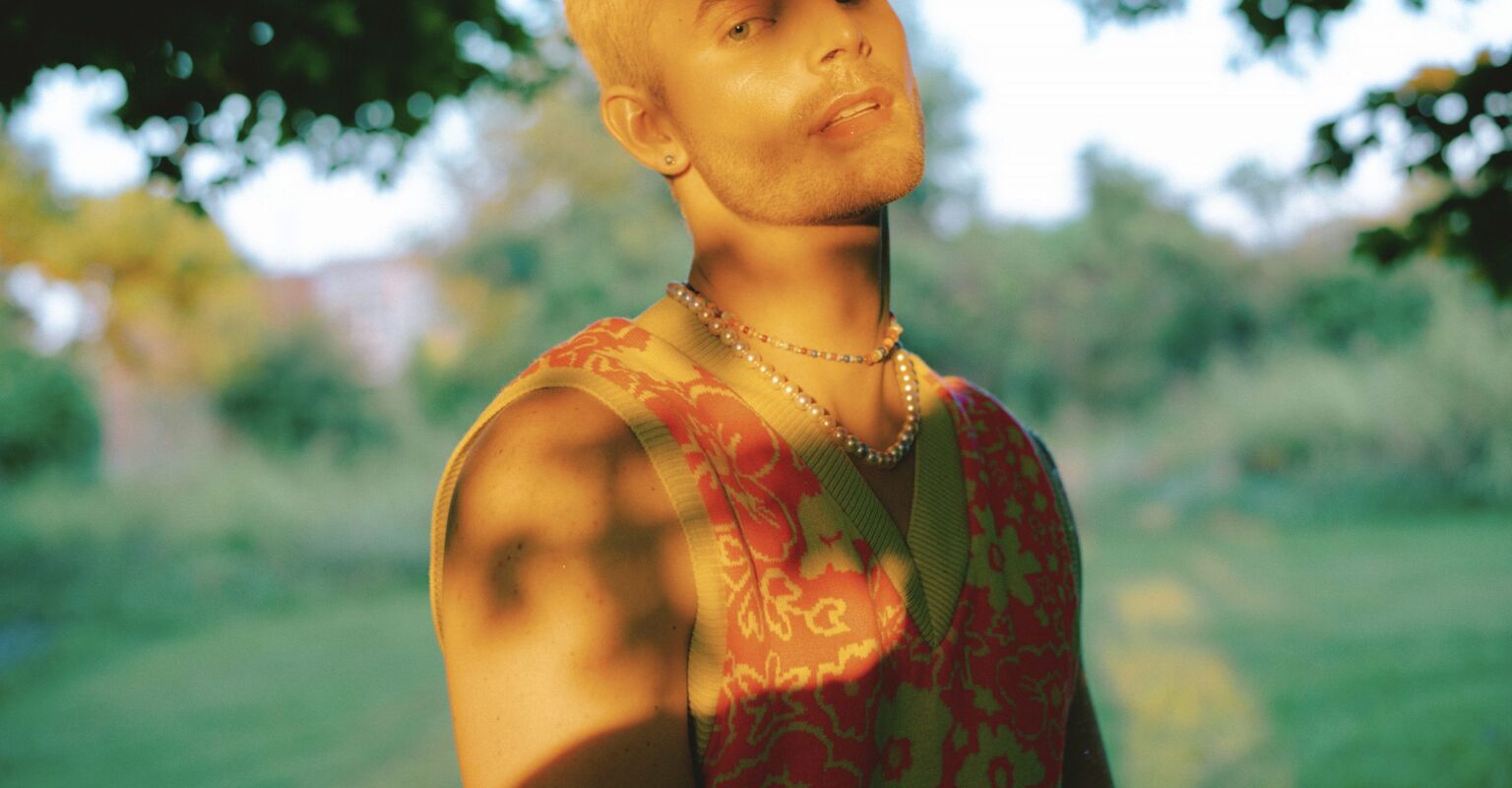 On his debut EP “Embarrassing,” out on November 19, singer-songwriter Clinton John is finally ready to share his voice. He’s no stranger to the music scene, having worked for years behind the scenes with songwriters, producers, videographers, and photographers, but this visual EP marks his first major project in the spotlight. INTO sat down with John to discuss his latest music video, “Fresh,” drinking Natty Lights in the shower, and authentically representing queer love.

INTO: You came up in Nashville’s queer music scene, right? Could you tell me a little bit about that?

CLINTON JOHN: I moved to Nashville when I was 17, before I was out, and went to an audio engineering school there called Dark Horse, which is basically a trade school for learning how to record in a studio. And then I came out when I was 19 and started being very gay. Music is very personal and very real — I was obviously writing music before I came out, but it wasn’t until I came out where I was like, “Okay, cool. This is what I want to do. This is what feels authentic and real to me.”

I’ve really just been working at it for eight years now. I’m finally at the point where I know exactly what I want my music to sound like, I know what I want to look like, at least for now. It’s really exciting, because it’s been a long process to get to where I was really comfortable with releasing music.

INTO: How would you describe your musical style?

JOHN: I’m pretty down-the-line pop, which I love. I grew up being obsessed with pop music, and I know that it’s very cool to have multiple different subsets of genres that you are, but like, I love just being considered pop! I love pop music, stuff that gets caught in your head, stuff that’s relatable.

INTO: I also just love straight-up pop! I feel like some people think that you can’t just do pop, but pop is pop for a reason.

INTO: Speaking of which, we’re premiering the music video for your song “Fresh.” What was your songwriting process like for this track?

JOHN: I was definitely really nervous going into the songwriting process. I was like 20 or 21 at the time, so I had just come out and was getting used to, like, being fully gay. So I was kind of nervous when we started going toward this direction of “Fresh.” It was about this boy — we were the best friends with benefits that I’ve ever had in my life. I remember going over to his house on the day before St. Patrick’s Day and hooking up. The day after, we were in the shower sharing a Natty Light, and it hit me that I was starting to fall for him.

So when we were writing “Fresh” at this pop songwriting camp in Nashville, I jokingly said, “Yeah, we were drunk in the shower on St. Patrick’s Day!” And the other two writers were like, “Wait, we kind of love that. We should just say that in the song,” and I was like, “Wait, no, I don’t want that in the song, I was just saying that.” But it turned out to be my favorite line and kind of shaped a lot of how I went with writing, because after that was done, after I knew my family was going to hear about me showering with another boy, the gates were just open about being like, “Whatever. I can talk about anything, I can say anything, It doesn’t matter.”

It still is one of my favorite songs and just a really fun summer anthem. That’s what we wanted to represent in the video too.

INTO: Speaking of the video, it’s amazing. I love how well it tells the story of this day-long date — could you tell me about the concept?

JOHN: The general idea of the video was, I think that there’s a lot of representation of queer love, but as this, like, forbidden-type deal. Like, have you seen Hayley Kiyoko’s “Girls Like Girls” music video?

JOHN: That was a life-changer back in the day. It was like, “Oh my god, they’re gay, it’s such a big deal!” And I was just like, “I don’t really want this video to feel like, ‘Oh, this the gag! The shock is that they’re gay!’” I was like, “I just want this to be how I would have a date, with cameras.” I feel like the number one sign for me that I’m falling for someone is when a day flies by, and you’re just like, “Oh, holy shit. We were only supposed to hang out in the morning and now it’s midnight and we’re still together.” I’m a little bit introverted, so if I can spend a lot of time with you, I actually really like you. So we wanted to have that feeling, like it was just a day planned at the lake for the beginning of the day, and then it tumbled into going to a concert together, going into a field together, going out to dinner together.

I just love seeing queer love represented how I experience it. Because again, it’s like, I’ve already come out, I’m already past that phase of the awkward, like, “Oh my god, are we going to make out? Are we not?” I’m like, “Bitch, if I want to kiss somebody, I’m kissing somebody — with their consent.” You know what I mean?

INTO: Absolutely. And it’s so exciting that every track on your EP, “Embarrassing,” is getting its own music video! What led you to the visual EP format?

JOHN: During the pandemic, I think everyone kind of hit that point of writer’s block, no matter what you were doing. And I definitely hit it when it came to writing music because I’m a very experiential writer, like, I write about what I’m going through and what’s happening. So when I wasn’t able to go out, when I wasn’t able to date people responsibly, I was like, “I literally have nothing to write about. Okay, cool. Like, I guess I’ll just write about the walls in my room.” So I was looking for different creative outlets to get me inspired and make me excited, because that’s what I live for, why I write music, why I experience everything — I love that excitement feeling.

I was talking with Ren McConville, my videographer. And I was like, “Maybe I’ll make a music video for one of my songs. Like, why not? We’ll do it very DIY, low budge.” We started sitting down and talking about each of the songs as to which one we wanted to do. And then we were like, “Oh wow, we kind of have really cool ideas for all of these separately.” And then it just tumbled into being like, “Okay, what if we just do a music video for each of them?” It was really like a creative awakening for me, because I didn’t realize how much I would love that process of styling them, directing them, doing set design stuff.

Also, again, pop music is so much more than just the music. When I think of a pop artist, I’m like, you have visuals, you have the music, you have the look, the personality, it’s everything. And I really wanted to slate myself as a Nashville pop artist. It’s not just the music, it’s not just the voice, it’s everything. It’s all-encompassing. And I think that music videos, while they’re very tough to pull off — this is kind of my introduction to people. Like, “Hi! I’m Clinton. Here’s this visual EP.” Because I have a lot more planned coming.

INTO: I can’t wait to listen.

Check out the premiere of the “Fresh” music video, and listen to the rest of “Embarrassing” on November 19.