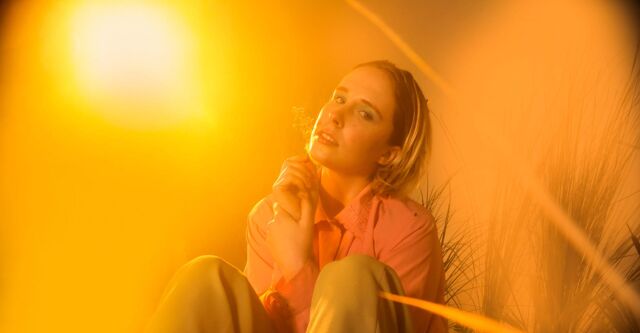 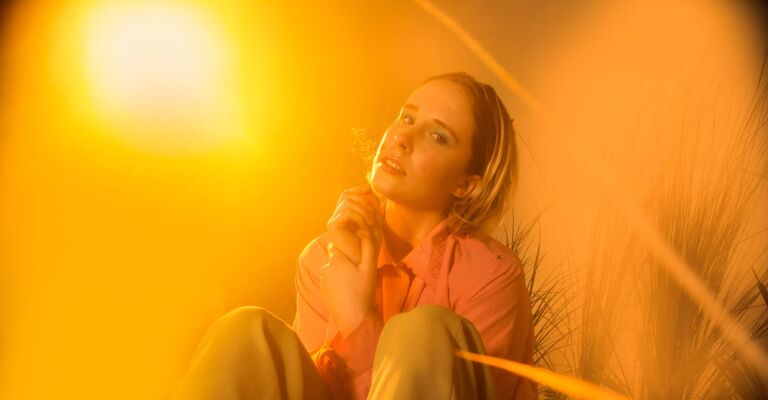 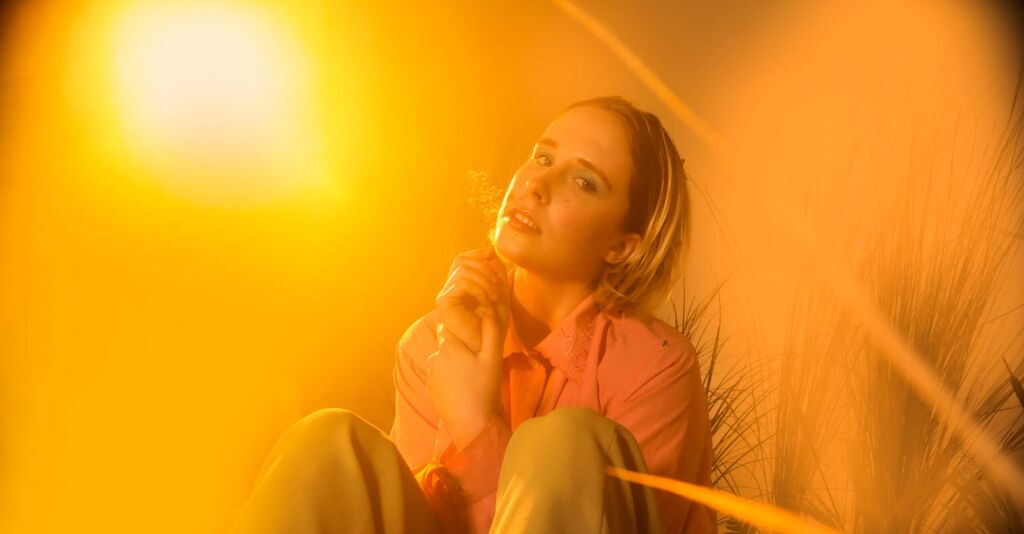 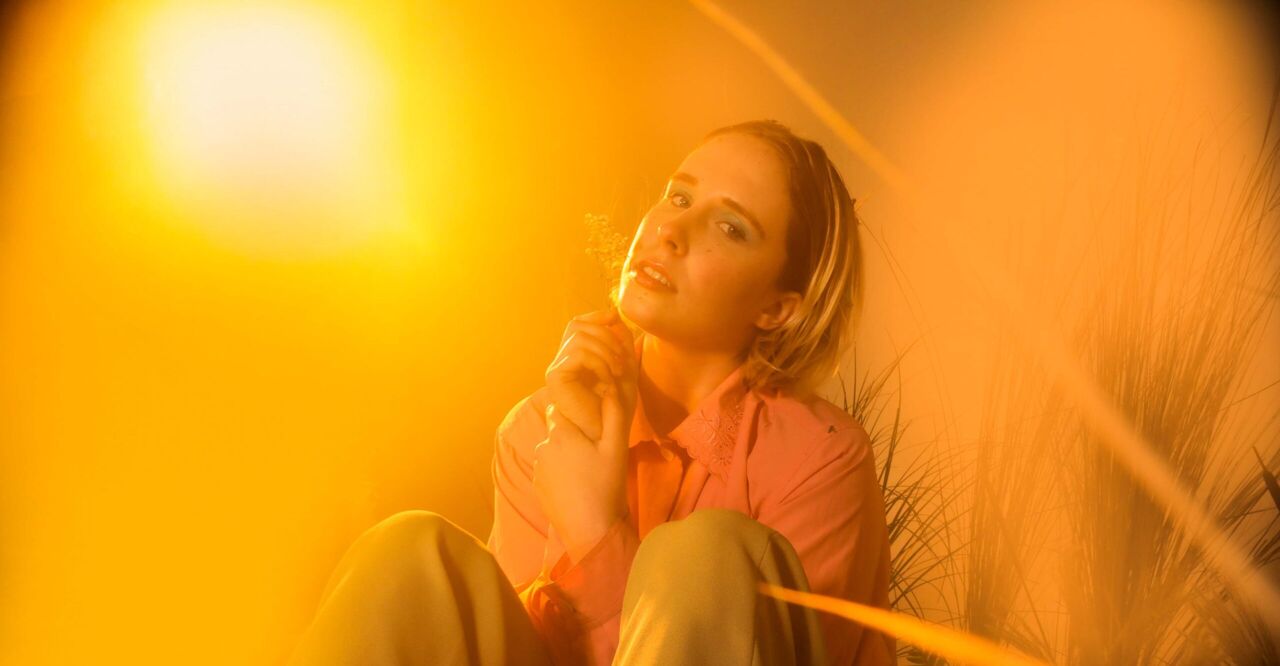 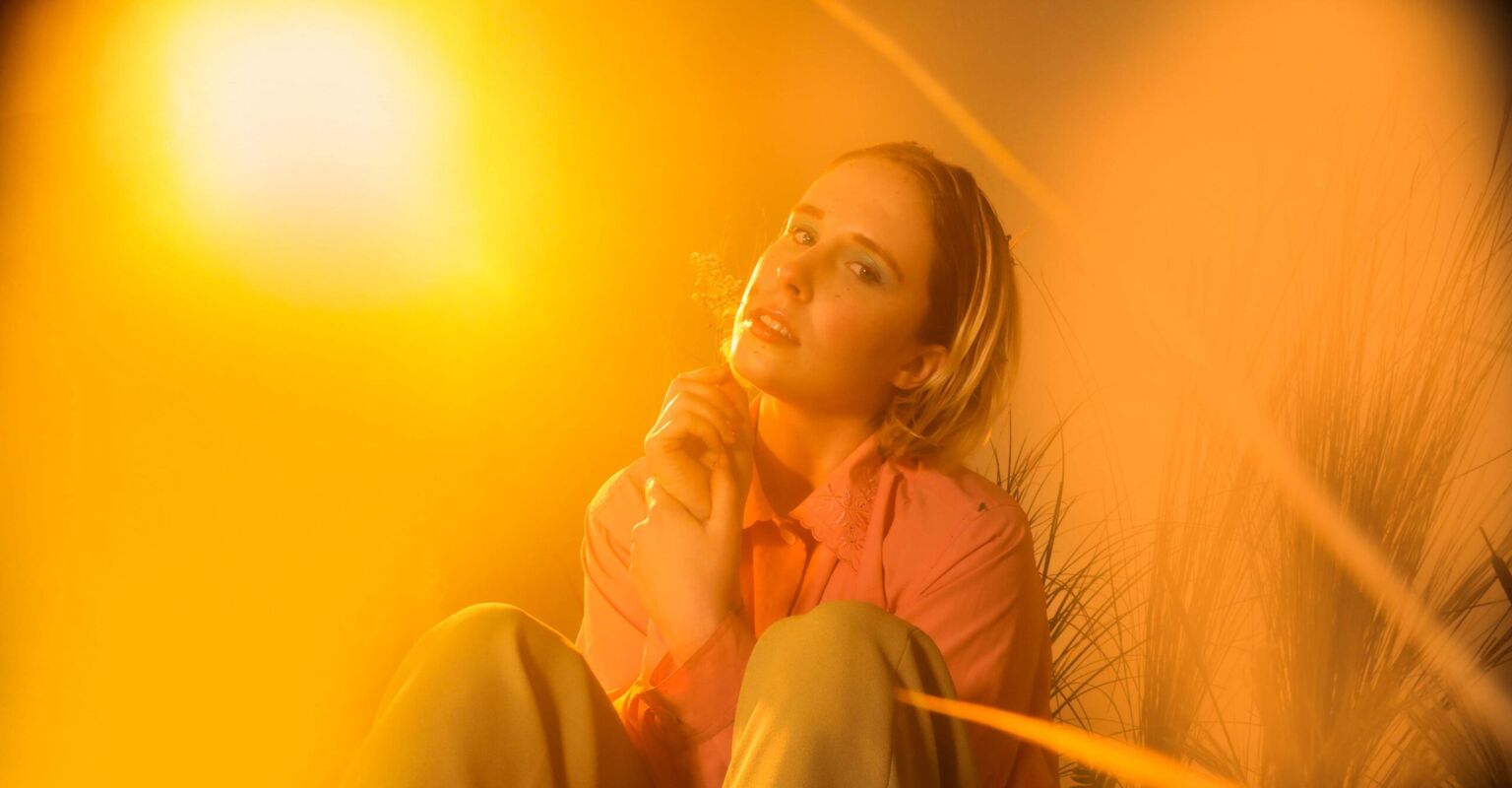 Last fall, the giant laser-eyed doll from Squid Game got stuck in everyone’s head, melodically repeating “Red light! Green light!” in Korean. Now, that refrain is about to be stuck in our heads all over again, thanks to Softee’s latest single, “Red Light Green Light.” The dreamy dance pop track utilizes its Squid Game sample to killer effect (pun intended), with Softee’s effortless vocals floating above it all.

It’s the second single from the Brooklyn-based artist’s upcoming sophomore album, following “Molly,” an ode to a romantic night fueled by the titular drug. INTO sat down with Softee, aka Nina Grollman, to talk about the pop culture references that fueled “Red Light Green Light” and its music video (which she co-directed), how her next project isn’t quite a concept album, and why former theater kids should embrace the cringe.

INTO: Hi, Softee! So, tell me the story of your new single, “Red Light Green Light.” How did the song come to be, especially that iconic Squid Game sample?

SOFTEE: This was actually one of the only songs on my album that I didn’t have a hand in producing, which is new for me. I usually produce or co-produced everything that I write. But it was a friend, Namir Blade, who had dropped this DJ hour, basically. And one part of it was this beat that he had made with a sample from Squid Game, the sample that’s now in the song. And I was just intoxicated. It was so me, the whole vibe of the song.

I had the track and the sample playing in my headphones all the time. And I just wrote this top line over it — very Squid Game-inspired, because I’d just watched the show as well. Frickin’ South Korean cinema is just so incredible. Squid Game, Parasite, they just hit it on the head with capitalism and class and elitism, and all these things were fresh in my brain.

But it’s also such a dance track. I want it to be sort of wink-y, tongue in cheek, subversive. I feel like the lyrics almost come last. You’re not listening to the lyrics first — or that’s my goal, anyway. You’re dancing first, and then maybe you’ll hear the lyrics later, and you’re like, “Oh, weird, okay.”

Which is a very consumerist outlook on music!

One thing with Squid Game is a lot of Americans watched it and were like, “Thank God it’s not like that over here.”

Fully. With the music video being set in Manhattan, how did the messages of the song and Squid Game influence its direction?

For the concept, I collaborated with my fiance Machel, who’s kind of my creative director for all things Softee. We were just brainstorming, and we were both throwing around pop culture icons from the early 2000s. One name that came up was Richie Rich. I loved Richie Rich, the movie, growing up. I think we as a culture have an obsession with how the other half lives. Like the Kardashians — it’s like we’re watching weird modern day royalty. We want to see that way of life, because we have no access to it on our own. I think that’s part of what fascinated me about Richie Rich growing up. In a way, the movie itself is so like, “Look, kids! Isn’t capitalism cool? This kid has a McDonald’s in his room! Isn’t that awesome?”

We were like, “What if we just set the video in New York, and I was like Richie Rich if he grew up and became a Wall Street bro asshole?” That was sort of the birth of the video.

The pop culture reference that was popping up for me when I watched it was American Psycho. I was getting a less murder-y Patrick Bateman.

So, this is the second single from your upcoming project. I know that we’re being a little tight-lipped about that right now, but can you share anything about your overall vision for the album?

I don’t want to give it all away, but there’s more stuff coming. And I’m excited. These songs are just a taste of the sonic landscape we’re moving through next. This is just the start of a story unfolding — the whole project is sort of a chronological story of the last two years of my life, basically.

Does that make it a concept album?

I don’t know if it’s fully a concept album, but it’s my most personal work to date. It’s also pretty clear song to song what’s going on, if that makes sense. I’m not using too many metaphors. I’m not hiding behind anything, really. It’s very plainly laid out. Basically, I went through a huge breakup in 2020 and then fell in love shortly after that, and then I’m trying to figure out the emotional roller coaster that ensues from all that happening in short succession.

I can’t wait to listen! I also just wanted to ask, because I think your career is super interesting — you have this history in theater, having been on Broadway in The Iceman Cometh and To Kill A Mockingbird, which: insane. Congrats. But what are your artistic ambitions? Is theater a part of it moving forward, and how does that meld with your music?

But yeah, I love acting. I think it’s such a different muscle and such a different part of myself. What I love about theater in particular is I get to be a part of something so much bigger. I just have to do my little job in the thing, I play my role, and that’s it. I’m not writing anything, I’m not directing it, I’m not creatively in charge. I just get to play a character, which — on a very personal level, that’s what I love about acting, to be honest. Not to minimize acting or anything, because it is a craft and I went to school for it. But at the same time, it is kind of just like, “Yay! I get to just show up, and all I have to do is remember my lines and try to escape into another world!” That’s what I love.

And also, I am a theater kid. I used to be so ashamed of saying that, but now I’m like, whatever, I love it! But theater in New York is really hard to do all the time. It just doesn’t pay anything, and it takes up your whole life and body and soul and mind and energy. It’s an intense thing. So I definitely love acting, but I don’t know what’s next for me. I would love to do TV. If there’s anyone out there that hears this, I would love to do TV! Please!

I don’t know what’s next in that arena, but I do love it, and I love performing in general. I think as Softee, it’s definitely helped my stage presence. I’m just such a freakin’ performer. It’s what I’ve loved to do since I was born. So in that way, I think it super helps me with my live shows, just engaging. I live for that.

Love to hear it! I’m a theater kid, too.

Yes! People cringe at that, but I’m just like, whatever. Think what you want to think, but we’re out here! ♦

“Red Light Green Light” is now streaming on all platforms.