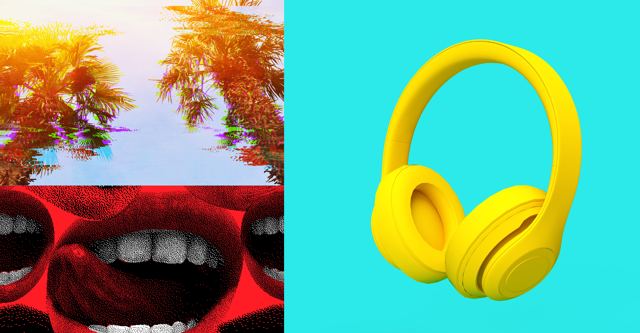 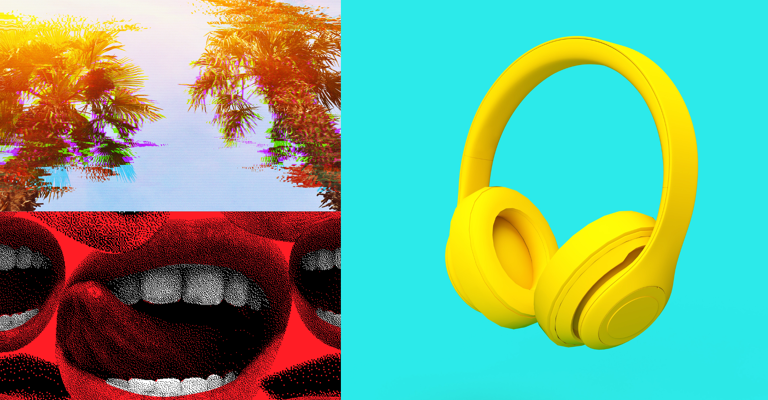 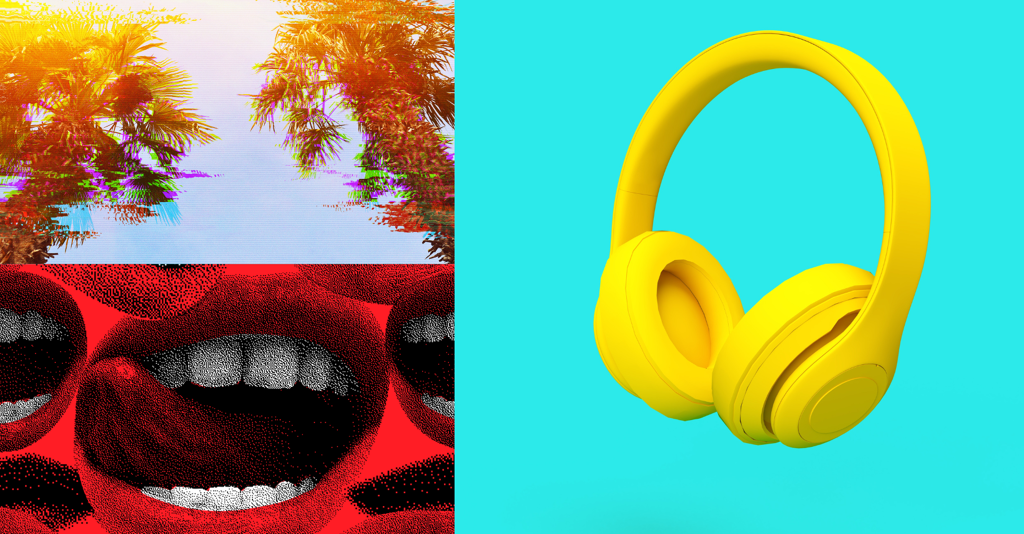 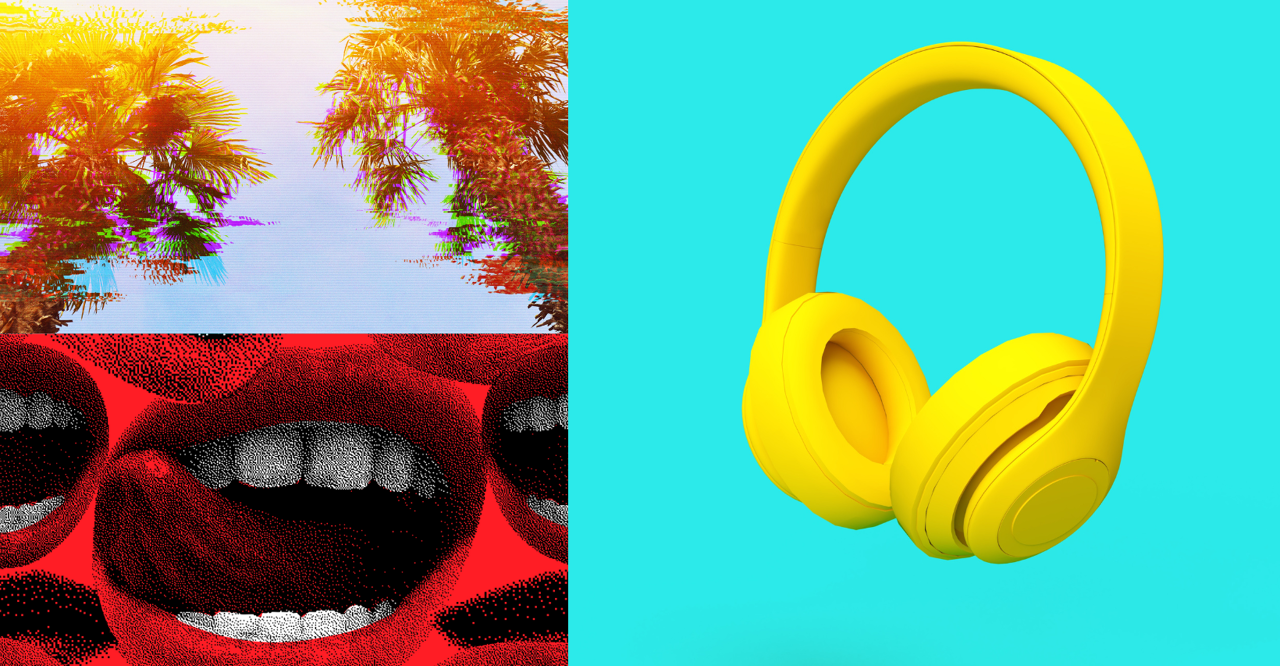 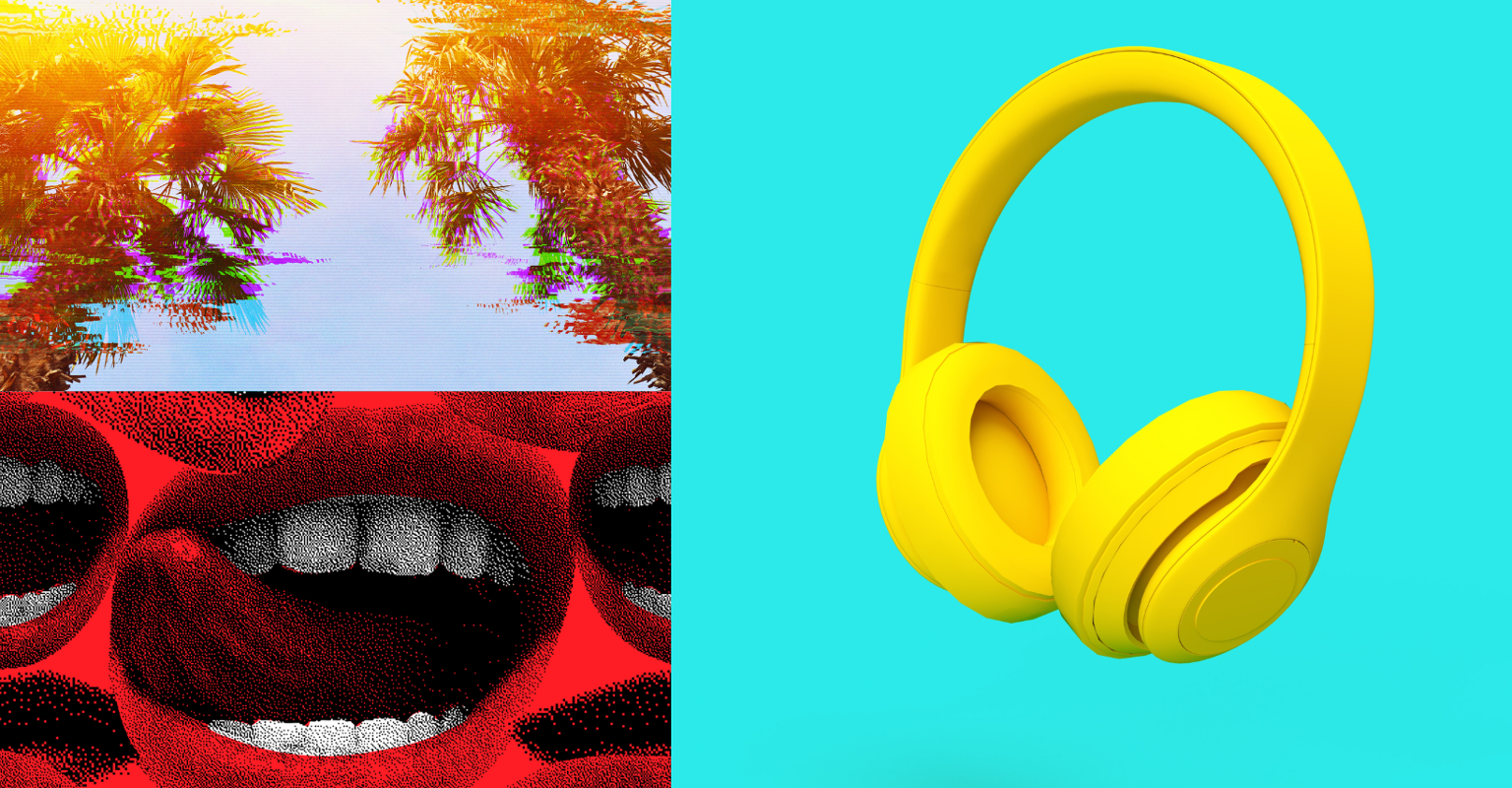 Each year, a new summer arrives. More daylight btings longer days; and the longer the day, the more likely it is to be seized. After months of hibernation, warm weather invites us outdoors to release an entire winter’s worth of pent-up energy. Catalyzed by the sun’s rays, a period of unwarranted growth is brought about; like weeds, we point our faces up toward the sun and sprout.

There is certainly something to be said about the way the sun instigates the most primal part of me. Standing in opposition to the winter’s cooped-up cabin fever is a mania reserved solely for the summer. Charged up on high energy and higher hopes,  the perfect summer soundtrack elevates an average experience into a cherished memory. So roll down the windows and max out the speakers, because this season brings new queer albums from MUNA, Rina Sawayama and more!

Just before summer’s start, queer sister duo REYNA dropped their debut EP, you could at least say goodbye. Fans of The Marias will adore the soft but snappy pop of Gab and Vic Banuelos. Building up intensity by steadily bouncing the beat, “orgullosa” tops off the chorus with psychedelic synths and a quick lick of guitar. Together, the sisters produce a truly sapphic bop about being too proud to beg, while the airy admissions of the EP beg for closure in their own wordless ways just the same.

Isaac Dunbar rolled right into the season with the release of his full-length feature, Banish the Banshee. Hitting the highest of notes with ease, Dunbar’s playful vibrato directly contradicts the heaviness of his lyrical vulnerability. On “Bleach,” Dunbar waits for a lover’s call that may never come. Caught up in the madness of it all, he offers some cheeky advice that is perfect for the summer: “This is a sign to bleach your hair.”

Going by the stage name Legwurk, Tani of Still Woozy flies solo with her EP, I have a bad memory. Mastering the art of sharp drums against soft-layered vocals, Legwurk is at her most impressive in the heat of the moment. As she juggles instruments, pulling off the perfect balancing act of bass, guitar, and synth, the singer-songwriter somehow finds an extra hand to flip through a Rolodex of emotions; the incredibly self-aware “Deep and Down” copes with the words, “Leave it in a song and let it be.”

Fresh off the release of her third full-length feature, Soccer Mommy is back in action and more hardcore than ever before. Sporting plenty of jangly guitar riffs and lonely laments, Sometimes, Forever arrives just in time for sad girl summer. Sophie Allison’s casual admissions on “Still” reveal the crux of her latest release. Accompanied by an acoustic guitar, the singer confesses: “I don’t know how to feel things small / It’s a tidal wave or nothing at all.” Contrary to the way Sometimes, Forever cements Soccer Mommy’s status as an innovative indie-rock sensation, the singer doesn’t wish for any more fame. At only 22, Allison has already dropped her third LP, and the project—oversaturated with the physical aches and spiritual pains of life in the spotlight—speaks for itself.

Let’s face it, “Silk Chiffon” changed the trajectory of summer before the season even began. After much anticipation, MUNA’s self-titled album is finally out to finish what their oh-so-sapphic collab with Phoebe Bridgers started. Setting uncertainty aside, MUNA dives headfirst into each and every one of their desires; serving unapologetic queer hedonism at it’s finest, “Solid” oozes confidence. Following the same lead, “What I Want” certainly provides a chorus worth screaming with lyrics like, “I want the full effects / I wanna hit it hard / I wanna dance in the middle of a gay bar.”

No longer finding fun in the chase, pop superstar Conan Gray shares his heartbreak on Superache. Toning down his sound, Gray opts for acoustics over pop-y production. It would seem that for Gray, heartache brings forth the lush instrumentals of a live band.

As “Memories” looks back to move forward, Gray begs his ex-lover: “Please don’t ruin this for me.” Even though Gray fully intends to leave his past behind, the possibility of a new romance still sends him spiraling as he spins out above the fast and furious beat of “Disaster.”

Beach Bunny is set to follow up the viral success of their debut with Emotional Creature – out July 22nd. In a complementary contradiction, Beach Bunny settles into their signature sound when heavy guitar riffs crash into Lili Trifilio’s high soprano. As the first single released off of Emotional Creature, “Oxygen” packs a one-two punch of fast-paced percussion paired with disorienting lyrical honesty. At the mercy of her own emotions, Beach Bunny’s Trifilio pleads for a sense of direction only to almost always end up following her heart.

London rapper Lava La Rue is gearing up to release her newest project, Hi Fidelity – out on July 29th via NINE8 records. After only two singles—“Hi-Fidelity,” and “Vest & Boxers,”—La Rue has already proven to live up to the hype of her previous work. Recruiting her label mate Biig Piig for the title track “Hi-fidelity,” Lava La Rue rides high above spacey synths, occasionally puncturing the dreamy sound with a perfectly-timed pluck of bass. Just when it comes time to nail down the signature style of La Rue’s incredibly versatile sound, “Vest & Boxers” enlists a grungy guitar, evading all the expectations one might have for a bop that is both sapphic and deliciously emo. In between lyrics about listening to SZA and a witty reference to Euphoria’s Rue and Jules, La Rue makes a particularly tempting offer, “Girl, I know you want me, bedroom smells so lovely / In my vest and boxers, baby, let me be your hubby.”

First came Rina Sawayama’s “Cherry,” now arrives her newest singles: “This Hell” and “Catch Me in the Air” – both of which are handcrafted gifts made just for the girls, gays, and theys. Revved up with a righteous guitar riff and echoing church bells, “This Hell” sets the stage perfectly for Sawayama’s incoming full-length feature, Hold The Girl – out September 2nd. Never one to shy away from a challenge, Sawayama accepts the damnation cast upon her as a queer artist and turns Hell into the perfect backdrop for a party of two.

Georgie Ellery and Taylor Skye are Jockstrap: together, the British duo hold two lifetimes of classical training under their belt. Yet their strangely sophisticated sound evades all categorizations. Their second EP, Wicked City, speaks to their style as a sound that comes across as playfully flippant but is in fact severely precise; “Acid” and “City Hell” combine orchestral symphonies and mind-melting synths to make for an incredibly lucid listening experience. Jockstrap’s latest single, “Glasgow” features a heavenly harpsichord and preempts the arrival of the duo’s first full-length LP, I Love You Jennifer B – out September 9th via Rough Trade Records.

May these selections and their subsequent discoveries make for happy listening all summer long!