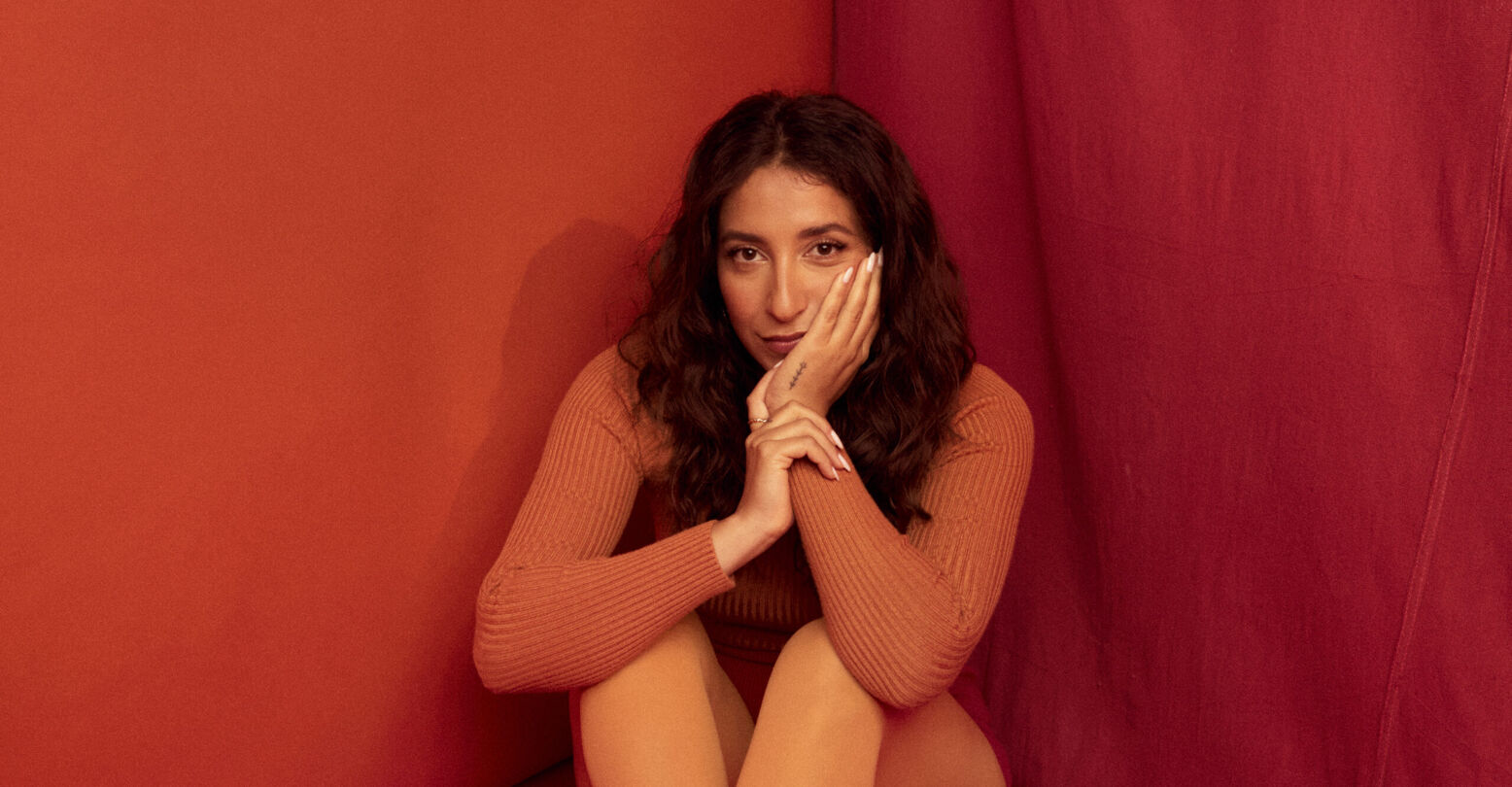 By May of this year, singer-songwriter Wafia hadn’t released solo music in almost two years. She took to Instagram to tell her fans the truth: at the end of 2021, she’d been dropped by her record label.

“I felt like I was regressing, like I’d hit my peak and everybody but me knew it,” Wafia wrote in her tell-all post. But inspired by some wisdom from her father, Wafia realized she couldn’t let herself stay defeated. “I had to take the bet that I’d taken so many times before and that was believing that my best work was still ahead of me,” she continued. “And it is.”

Now, Wafia is back and better than ever, releasing music as an independent artist under her own label, Heartburn Records. Her latest single “In The Honey” is an upbeat reminder not take the sweeter things in life for granted. INTO sat down with Wafia to discuss her triumphant return to the music industry, how a new mantra pulled her out of her funk, and how her new label is taking steps to make the music industry more equitable.

INTO: Congratulations on your recent return to music! First, let’s talk about your latest single, “In The Honey.” What’s the story behind the song?

A few months passed, and I finally started to feel a little better, a little more optimistic about my future. I called one of my parents and I told them. My dad was the person I was most afraid of telling, because his opinion of me being successful is very important to me. You know, Arab parents. And then he just said to me, “They fell asleep in the honey.” It was this beautiful saying, and I was just immediately like, “Wow, this is the song I’m meant to write.” Him saying those words, I feel, took me on a different trajectory and really helped lift me out of where I was at.

And that saying, “They fell asleep in the honey” — what does that mean to you?

To me, I got this visual of someone being so overindulgent, having this beautiful thing in front of them and not seeing it for what it’s worth. Not seeing its value. And I felt so overlooked in that moment, I felt they got me wrong on so many levels, that it really resonated with me. It’s a reminder to not take things for granted.

I started ruminating on that idea. I would talk to people about it, because community is so important to me and sharing ideas and discussing them with friends. Eventually I just went into the studio one day, and I was just like, “Today is finally the day. I’m ready to write this idea.” Because sometimes I feel like with songwriting, if I know something’s going to be good, I want to make sure I give it the justice of the right day and the right mood to explore it fully. And that was the day. Even then, it took me a couple of weeks to finally figure out what the song was and the perspective of it. But yeah, that was how “In The Honey” was born.

Do you have a favorite lyric from the song?

Of course, “Falling asleep in the honey,” I think that’s so visual. But aside from that, “I’m the cat with the cream.” I thought that was also super cheeky and indulgent. It was a line that my co-writer suggested because she’s British, and it felt like such a British term. I loved that it was these two different versions of smugness and indulgence.

I really appreciated how open you were about your experience with this dark time in your life. Why did you decide to share the story of what went down with you and your label?

I had reflected on the past two years, and I’d realized I’d done a lot of it in private. A lot of my work is very much stuff I’ve been through — I don’t know how to write from a place that isn’t experience. And so I felt like I had to share where I was at, so that the music could make sense. And I do believe that stand-alone, if you come across it, it could still carry meaning and value to you.

But yeah, I realized that I hadn’t shared for two years in the pandemic. I’d thought that, “Everyone’s going through the same thing, or variations of the same thing: What I have to say is not valuable, is not important.” I removed a lot of my ego during that time. And in some ways, I felt like I lost sense of who I was as an artist, because I’m like, “Everyone’s going through a really difficult thing. Nothing that I could say or contribute is important right now.”

And then coming back into the world, I realized that my point of view, just like everyone else’s, is also worth offering and sharing. Prior to that, I had always shared and connected, and so it meant a lot to me that I was finally in a place where I could open up again with my audience and share music and share what I’d been up to.

The response blew me away. I guess I’d forgotten that my superpower was vulnerability. As a songwriter and a storyteller and an artist, really at the end of the day, that’s all I have to offer and I just need to get back into practicing that.

It’s been so special. I think it opened me up to people in a way that I don’t feel like I had experienced before. I’ve always talked about my breakups, and a lot of my songs are quite empowering in a way. But I felt like this added a level of depth between me and my audience where in baring my soul, I felt like they understood and knew me better.

Now, when I bump into someone and they’re like, “Hey, I know your music,” it’s actually become one of the first things they mention to me. And that’s really special. From a moment that I was really not proud of when it happened, like, the actual event of being dropped, to now have it turned into something that people are telling me to keep going, that’s very encouraging.

“At a lot of the labels that I had worked with in the past, my teams were often middle-aged white men who — I kind of felt like a novelty to them. Too many times I felt like the other.”

Totally. And the other side of this journey is that you’re now starting your own label, Heartburn Records. Tell me about it.

I named it after my very first debut single, “Heartburn.” I want it to be a home for my music first because I think that I have to believe and stand by the product that I’m selling.

There’s a lot of things that are fundamentally wrong with the music industry. For a start, songwriters do not get paid fairly. They do not get the right splits, I believe, when it comes down to it. Producers get a fee and songwriters get nothing. They just get sharing on the publishing side and nothing on the master. So moving forward, any song that I release through Heartburn Records will have that, and it’s a standard that I will extend other artists that I sign. These things just won’t change unless we step up and say, “Hey, this isn’t good enough.”

Diversity is also really important to me. At a lot of the labels that I had worked with in the past, my teams were often middle-aged white men who — I kind of felt like a novelty to them. Too many times I felt like the other. And me being the head of my own label, I’m a queer woman of color, and my managers who are working with me on this label are either women or people of color. And so it’s really important to me that when I bring in artists to the label that they’re gonna see themselves represented at every level of this infrastructure that I have.

Amazing! And finally, how do you hope somebody feels after listening to one of your songs?

I always hope that they feel like they’ve spoken to a friend. That they feel heard, listened to, and that we’re not strangers. ♦

“In The Honey” is now streaming on all platforms.