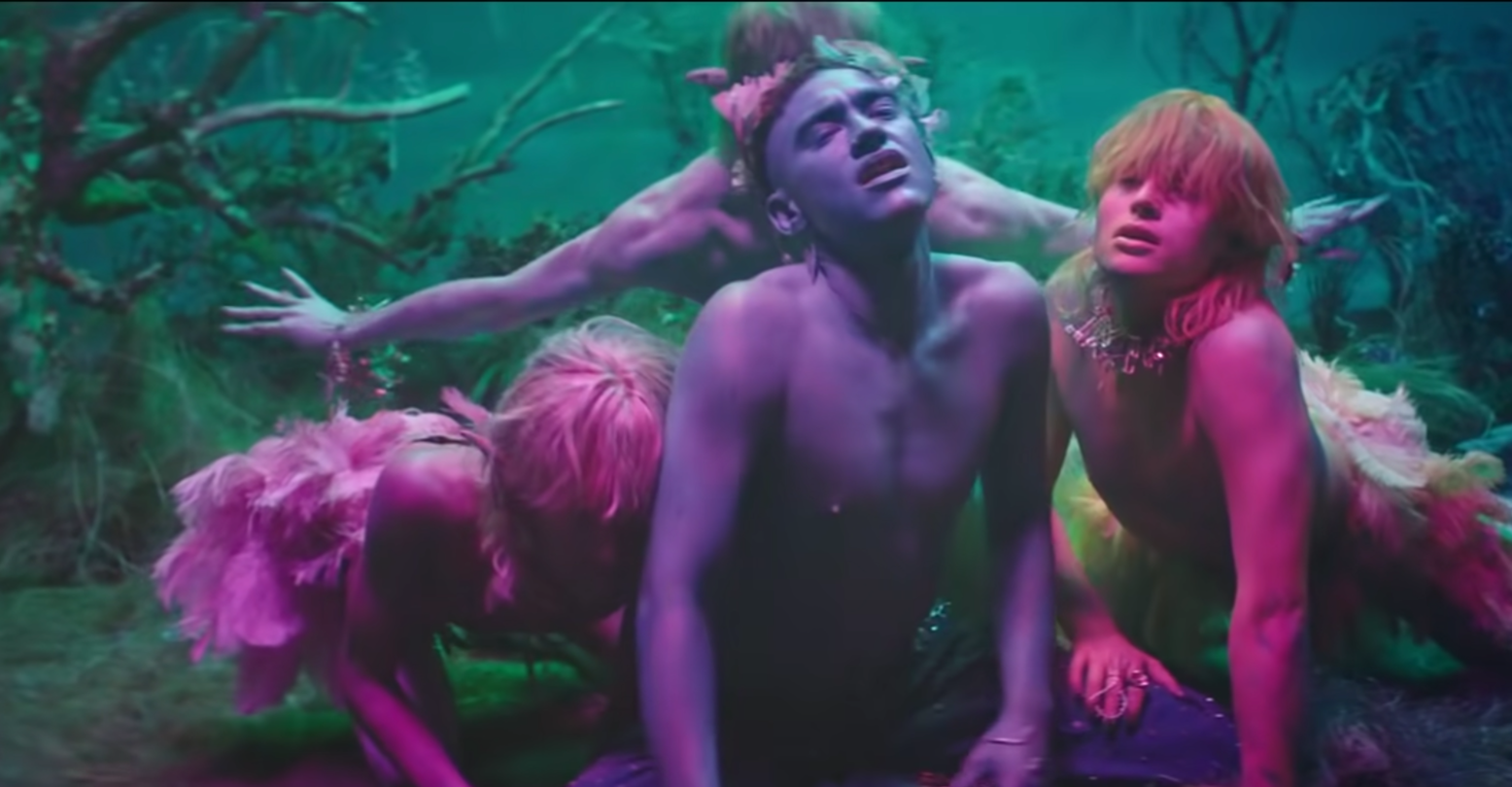 It’s been a fresh 4 years since the world had to collectively suffer through that Call Me By Your Name scene. You know the one: in which twink-of-the-moment Timothée Chalamet hard fucks a peach and then when it comes time for some actual gay sex the camera pivots toward some trees? Yes, I’m still salty if you can tell. It was a crime against cinema, and also a crime against sexiness!

No matter: “Years and Years” has always been to produce cinematic, sexy and dizzying music videos for their singles, and the recently-dropped “Crave” is no different. “Years and Years,” formerly a three-man operation, is now the solo project of “It’s a Sin” star Olly Alexander. His latest release shows the “King” singer encircled by snakes, surrounded by hot Pan-like satyrs, and topping Medusa. That’s right: Medusa is a bottom. Who would have thought? You can also catch brief glimpses of a few of Alexander’s “It’s a Sin” costars, namely Omari Douglas, Nathaniel Hall, and David Carlisle, who broke our hearts as the tragic Scot Gregory Gloria Finch on the show.

But the star of the show is the peach. This peach gets passed around like the vers queen she is. I’m so sorry if I’m misgendering you, peach.

I rest my case. Basically, if you’re into bodypaint and hot woodland sprites, this shit is for you.

Honestly, just look at this shit! It should win an Oscar.

Be right back, applying to be the best boy whose sole job is to smear Vaseline on the camera lens.

I don’t know what “Drag Race” challenge this is, but everybody’s serving.

Honestly, after seeing these lovely folks go through such pain and torment on “It’s a Sin,” it’s lovely to see them experiencing some pure queer joy.

Tags: Crave, It's a Sin, Olly Alexander, Years and Years