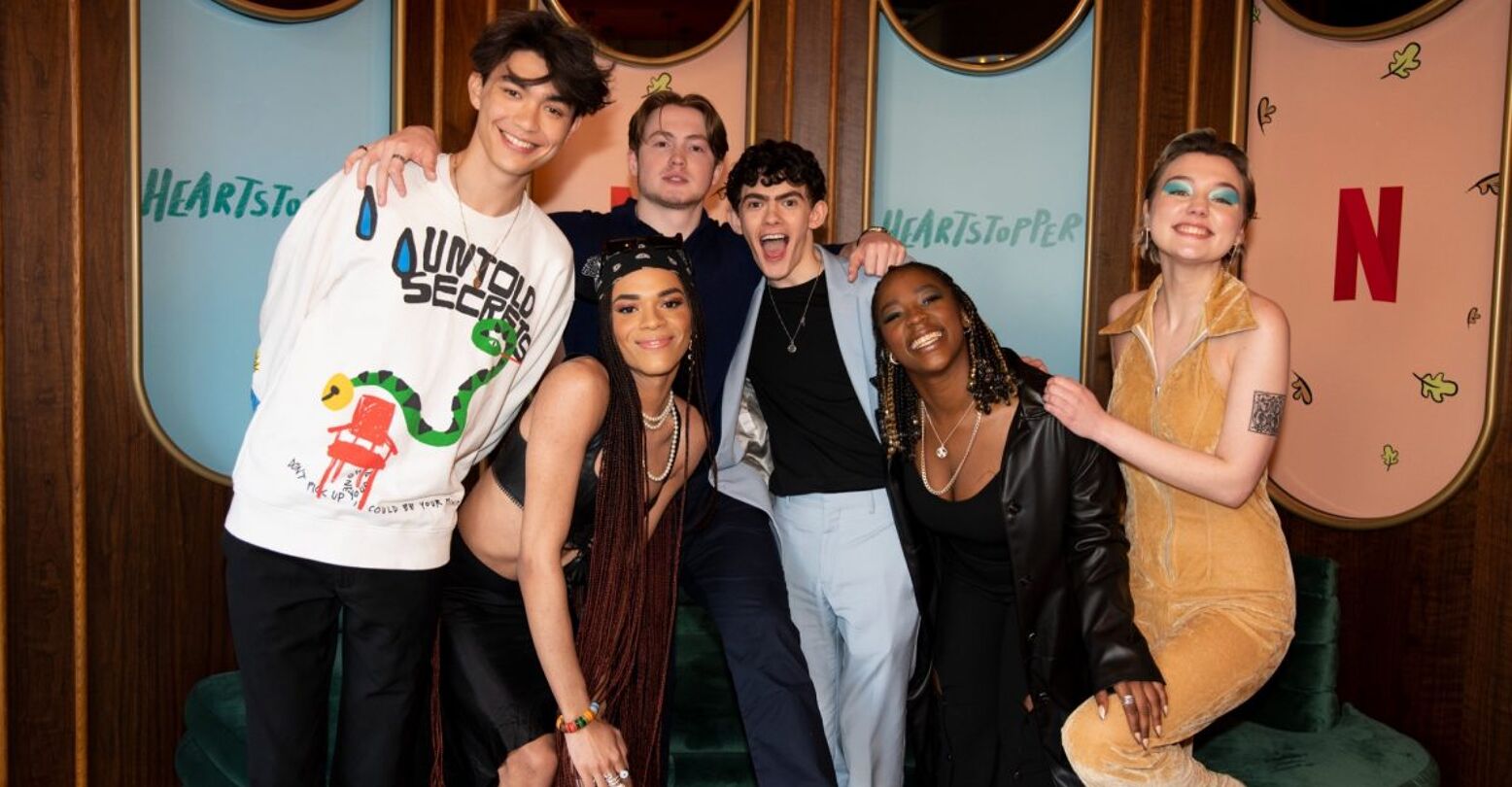 During London Pride this past weekend, the cast of the hit series Heartstopper once again gave us reasons to swoon. Several photos and videos of the cast at Pride have made the rounds on social media, including footage of them standing up to anti-LGBTQ+ protestors.

In one viral video, Joe Locke (Charlie Spring) and Sebastian Croft (Ben Hope), both wrapped in Progress Pride flag capes, are seen confronting bigoted picketers in the gayest possible way: they are dancing defiantly with a large crowd to Whitney Houston’s “I Want to Dance with Somebody.” Icons.

The stars of Heartstopper absolutely loving it as anti-LGBT protesters are challenged by a young Pride supporter #Pride pic.twitter.com/7uUwaG9MXW

Although Kit Conner (Nick Nelson) was not in the video, he tweeted that he was filming the scene and supporting the boys from the background. “I was videoing and screaming at them,” he explained to fans, “but please don’t be mistaken, it wasn’t ’Kit Connor and the rest of the cast’, it was [Joe Locke] and [Sebastian Croft] front and centre. Please give them the credit for doing something so powerful.”

uhhh I was videoing and screaming at them but please don’t be mistaken, it wasn’t ’Kit Connor and the rest of the cast’, it was @joelocke03 and @SebastianCroft front and centre. Please give them the credit for doing something so powerful. https://t.co/SjvJFCHwKD

Joe Locke commented on another video of him flipping off protestors: “Had to do my job properly.”

Had to do my job properly 🤷‍♀️ https://t.co/wqIazo4yJ1

As if standing up to bigots wasn’t enough to win our hearts, there were more photos of the cast celebrating Pride and being generally adorable throughout the day. But be warned: the images of Joe Locke riding piggyback on Kit Connor are cute enough to cause physical pain.

heartstopper cast at the london pride : a thread pic.twitter.com/gqEsjpq6Vy

While Heartstopper has been renewed for two more seasons on Netflix, a release window for the next installment has not yet been announced. Until then, these videos will have to tide us over. Luckily, there’s enough cuteness in there to last us for…a few days at least.