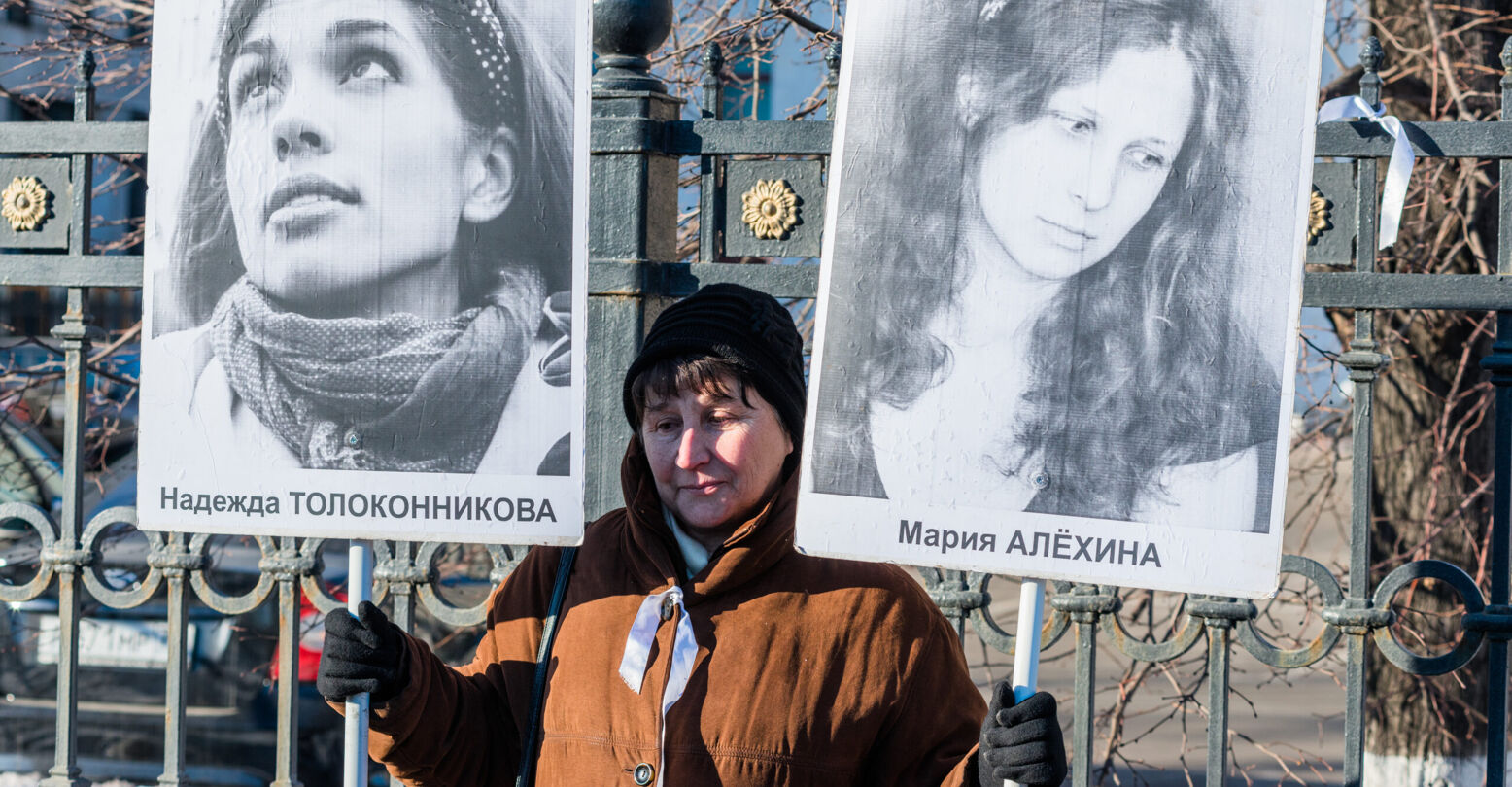 The band leader of Pussy Riot Maria Alyokhina managed to escape house arrest in Moscow by disguising herself as a food courier to escape the Moscow police.

The Russian feminist protest and performance art group has been known for its provocative approach to activism. The group has been known to partake in guerilla gigs at public venues that are unauthorized. Their work heavily focuses on feminist themes, LGBTQ+ rights, and, most importantly, opposition to Russian President Vladimir Putin. And, oh boy, he does not like that.

In 2020, several members of the band were arrested. It was certainly not the first time nor would it be the last. They were detained after decorating government buildings in Russia with Pride flags for Putin’s birthday. Personally, I think that’s very funny. The Russian government? Not so much. Alyokhina was detained for 48 hours last year for attending protests against Putin and his rule.

Alyokhina was eventually put on house arrest in April. When Russian authorities decided to change her house arrest to a 21-day stay in a penal colony, Alyokhina was determined to get out. The police had eyes on the apartment the activist was staying in. She disguised herself as a food courier and left her phone behind to escape. Then a friend managed to get the Pussy Riot member to the shared border with Belarus and Alyokhina managed to get into Lithuania a week later.

Alyokhina spoke to the New York Times about the escape saying it: “sounds like a spy novel”.

Following Alyokhina’s escape, her name was put on Russia’s “wanted” list and was refused entry due to her Russian passport but thankfully she has people backing her up including Icelandic performance artist Ragnar Kjartansson who convinced an undisclosed European country to provide her friend with travel documents.

While the remaining Pussy Riot members joined their friend and colleague in Lithuania, the band is set to go on a European tour. It’ll be a while before Alyokhina will be able to return home but with the current regulations set in place and the lack of free speech, she can only presume it won’t be any time soon. Maria Alyokhina said about the Russian authorities, “they are scared because they cannot control us.”