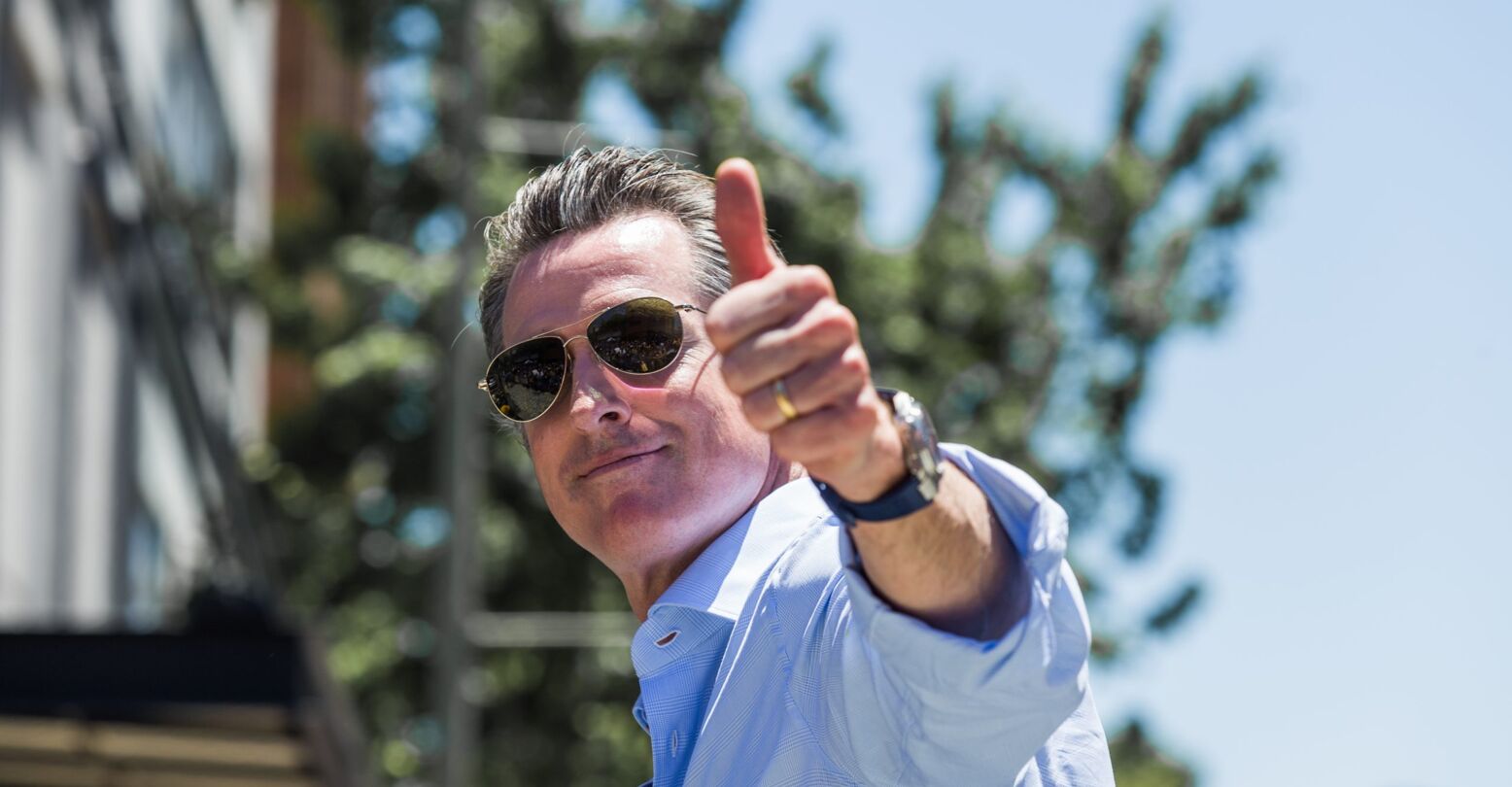 A few things happened yesterday. The first, and arguably most important, was that California Governor Gavin Newsom dodged a GOP attempt to oust him from his seat for…dining out during a pandemic? Yup. As New York Times food critic Tejal Rao explained yesterday morning, the whole recall pivoted on a seemingly absurd detail. “Mr. Newsom was seen at The French Laundry, attending the birthday dinner of Sacramento lobbyist Jason Kinney.” Rao wrote. “The images of him hobnobbing with guests, indoors, without a mask on, at one of the country’s most expensive restaurants, were immediately and powerfully symbolic.”

It’s a good day to be a Californian. ☀️

It’s just as wild and wacky as it sounds. But there’s an unexpected upside to this whole mess—apart from the relief of not having Larry Elder or John Cox in office, of course. That upside is the memes. Because of course it is.

No sooner did Newsom win in a landslide last night than Californians everywhere started mercilessly mocking the absurdity of the situation.

gavin newsom go to the french laundry and talk to the staff about their child tax credits challenge https://t.co/bsl6tvOVKf

$280 million wasted on this California recall could have ended homelessness for thousands of Californians.

10 months ago. The dinner that pushed a lot of people over the edge with the recall petition. #FrenchLaundry https://t.co/WVtqvgLmjG

.@GavinNewsom beat recall by so much, it made him stronger.

He should send fruit-baskets to Abbott & DeSantis.
Californians decided they rather live w/high taxes and a guy who eats a The French Laundry, than under mini-Trump’s, exploiting COVID and controlling women’s uteruses.

The parody website “The Babylon Bee” has already entered the chat:

Others simply wondered why they weren’t invited:

Tried to get reservations to the French Laundry but some guy already booked them for the rest of the year. Something about not getting fired!

Newsom really missed an epic chance to troll everyone:

A reason I’d be bad at politics is, if I were Newsom, I’d give my televised victory speech in a tight shot, then, as I’m wrapping up, the camera pulls back to reveal I’ve been seated at The French Laundry the entire time.

The final word on the subject? Look no further:

“But French Laundry” “But Her Emails”