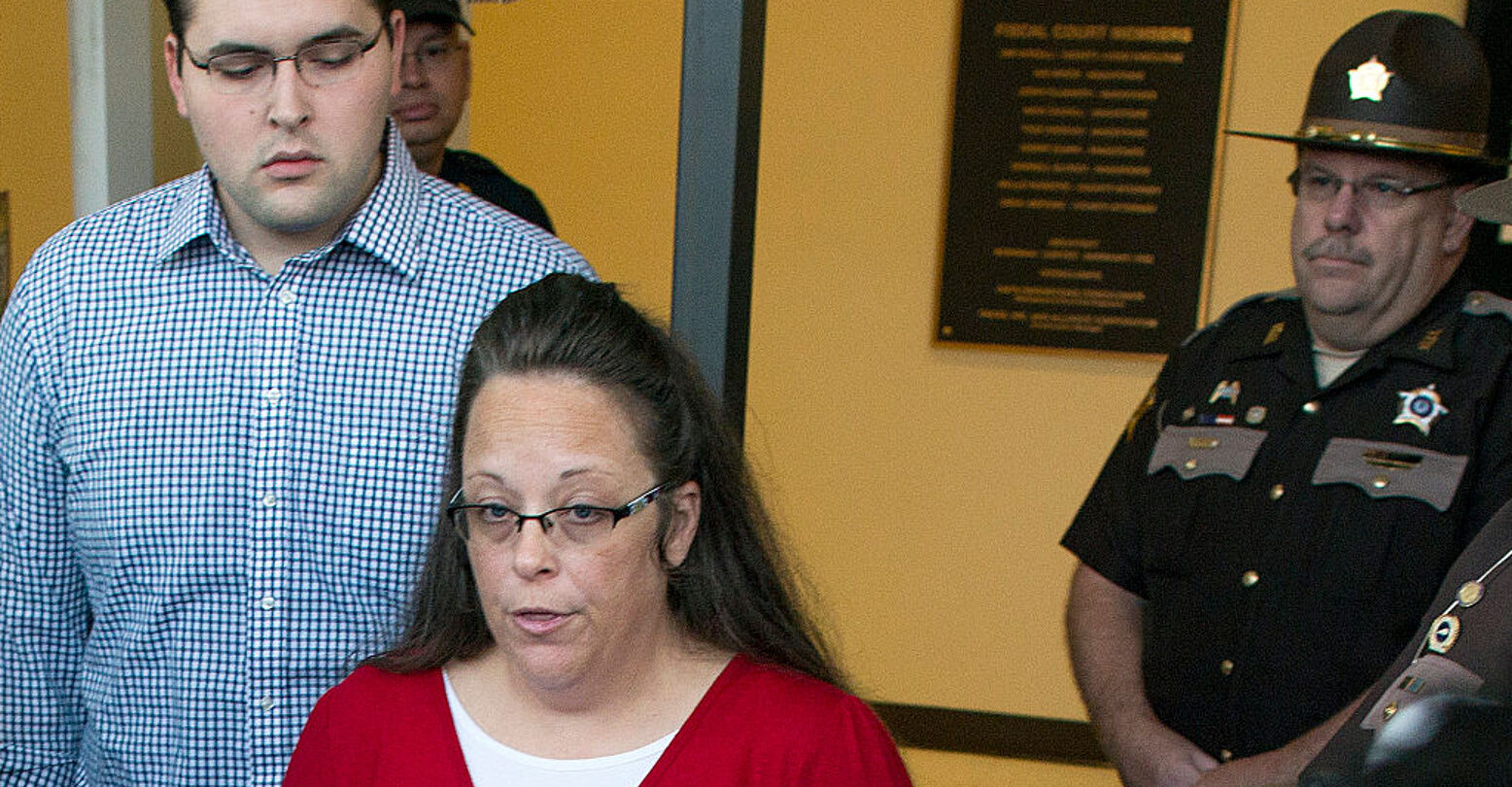 In 2015, Kim Davis from Kentucky gained national recognition when she denied David Ermold and David Moore and James Yates and Will Smith a marriage license, in doing so defying a federal court order regarding same-sex marriage.

Obergefell v Hodges took place in 2015 and created history when the Supreme Court declared that same-sex couples have the fundamental right to obtain a marriage license. It was a time of celebration, love, and presumably a lot of overdue weddings.

Now after seven years of legal hell, the federal judge came to a ruling, deciding that Kim Davis violated two couples’ constitutional right to get married. This was after four couples (two same-sex and two opposite sex) represented by the ACLU came forward to file a case against Davis.

The couples who had their constitutional rights violated by David were eventually granted their marriage licenses.

It took seven years for the court to come to that consensus. David Emrold tweeted his frustration, “after S-E-V-E-N years, Judge Bunning finally ruled that Kim David intentionally violated our constitutional rights. Now, the question is will they hold her financially responsible for the insensitive and irrational legal mess that SHE created. It feels like seven years of purgatory.”

Though it unknown whether Davis would take on the expenses, there’s one thing for sure. She’s not done. Davis insists that she was simply expressing her first amendment rights and therefore is not liable. In a statement released by Liberty Counsel, who represent the former clerk, they state an intent to appeal the ruling. “This case now clearly presents the free exercise defense and thus could return to the Supreme Court,” the group of attorneys wrote. Davis claims that her refusal to grant these men their marriage license went against her religion as a member of the Apostolic church.

Perhaps she should have never been a county clerk then.