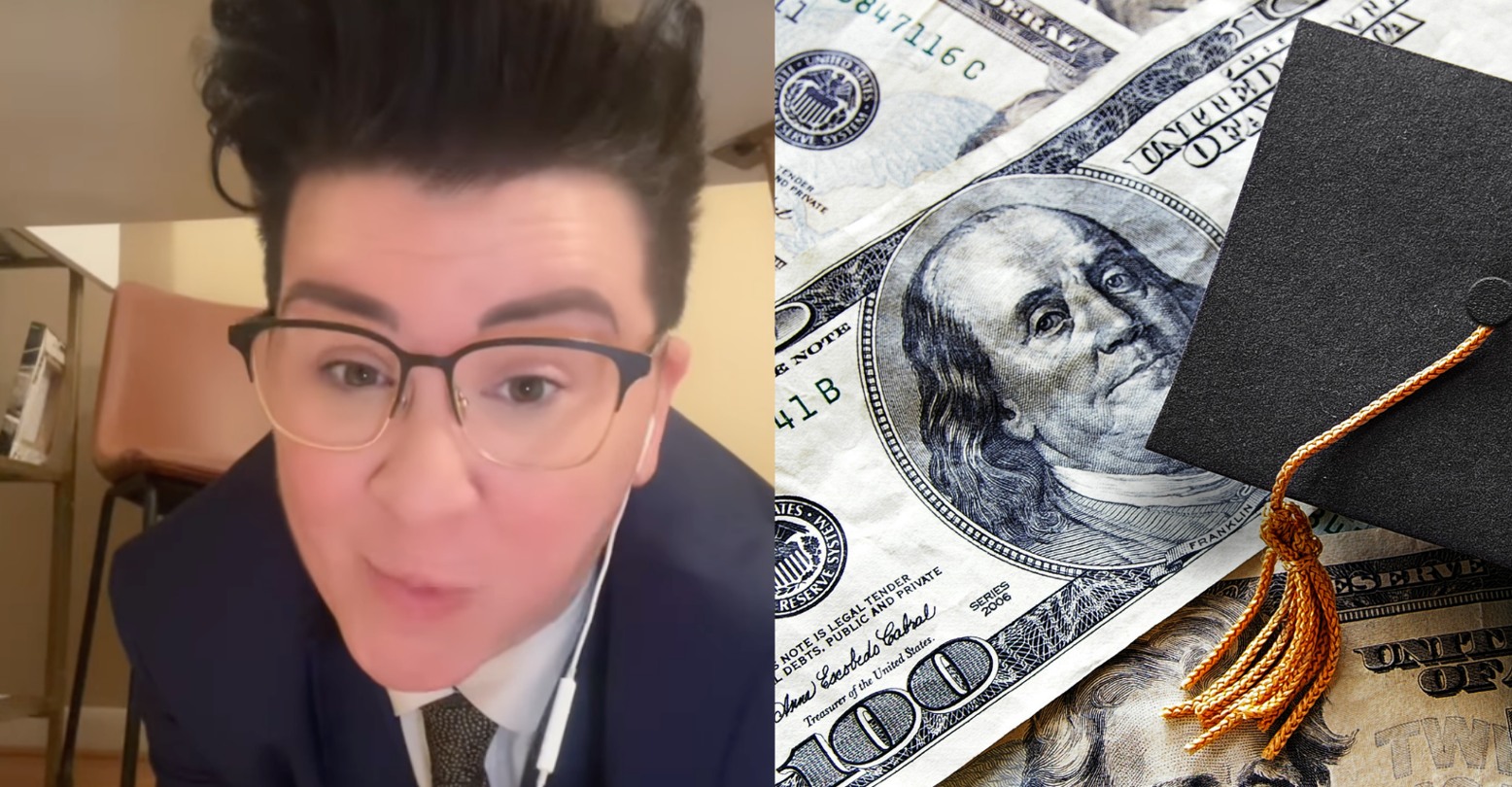 President Biden’s recent announcement that he won’t be extending student loan relief already has America up in arms, and rightly so. But this TikTok from nonbinary journalist V Spehar explains why Biden’s history with student loans is even worse than you thought.

In an episode of Spehar’s TikTok series “Under The Desk News,” in which they present news from — you guessed it — under a desk, they detail the numerous times Biden worked against student loan forgiveness in his time as a senator.

As Spehar explains, in 1978, Biden was one of only three Democratic senators to push through a bill making it difficult to find student loan relief through bankruptcy. In 1997, he shot down a plan by President Clinton that would have forgiven student loans, gaining Biden on the good side of the credit industry — a status that speaks for itself. And in 2005, he supported President George W. Bush in signing a law that made even more student loans unforgivable. So his dropping the ball on loan forgiveness in 2021 is just the cherry on top.

Student loan debt is a massive problem for many Americans, but LGBTQ+ folks are disproportionately affected. A recent study by the Williams Institute and the Point Foundation reveals that 39.4% of LGBTQ+ people between ages 18 and 40 “have student debt in the form of federal student loans, private student loans from a bank or other lending institution, or from credit cards or other loans.” That’s compared to just 23.2% of cishet people.

“It is important that the current policy discussions about loan forgiveness consider the impact on LGBTQ adults, who bear a higher burden of federal student loan debt,” Jorge Valencia, executive director and CEO of the Point Foundation, said about the study’s findings. “The pandemic and the economic fallout could significantly impact LGBTQ people’s ability to pursue higher education.”