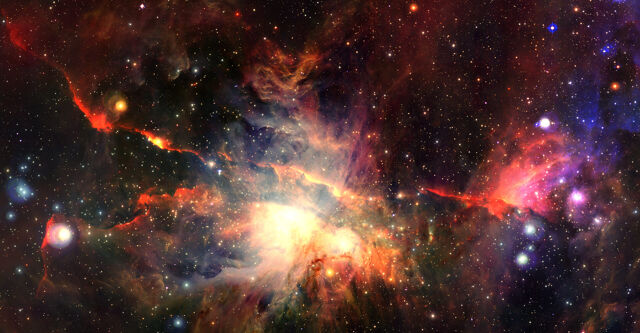 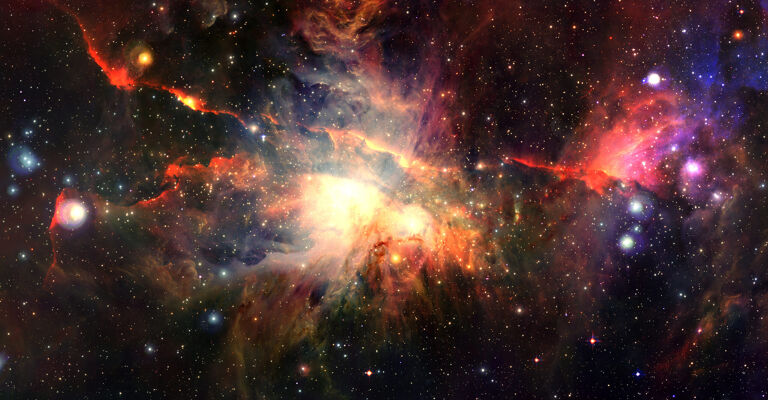 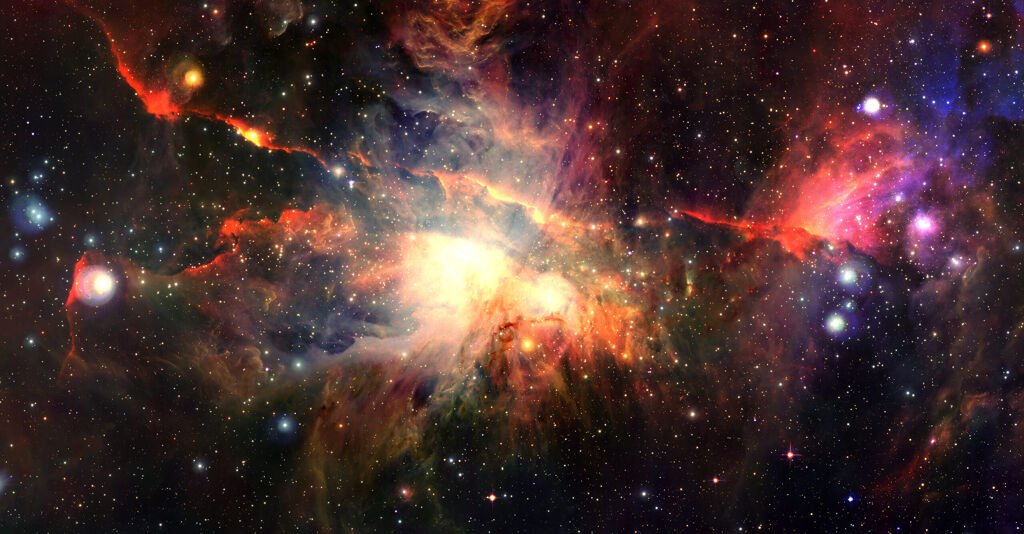 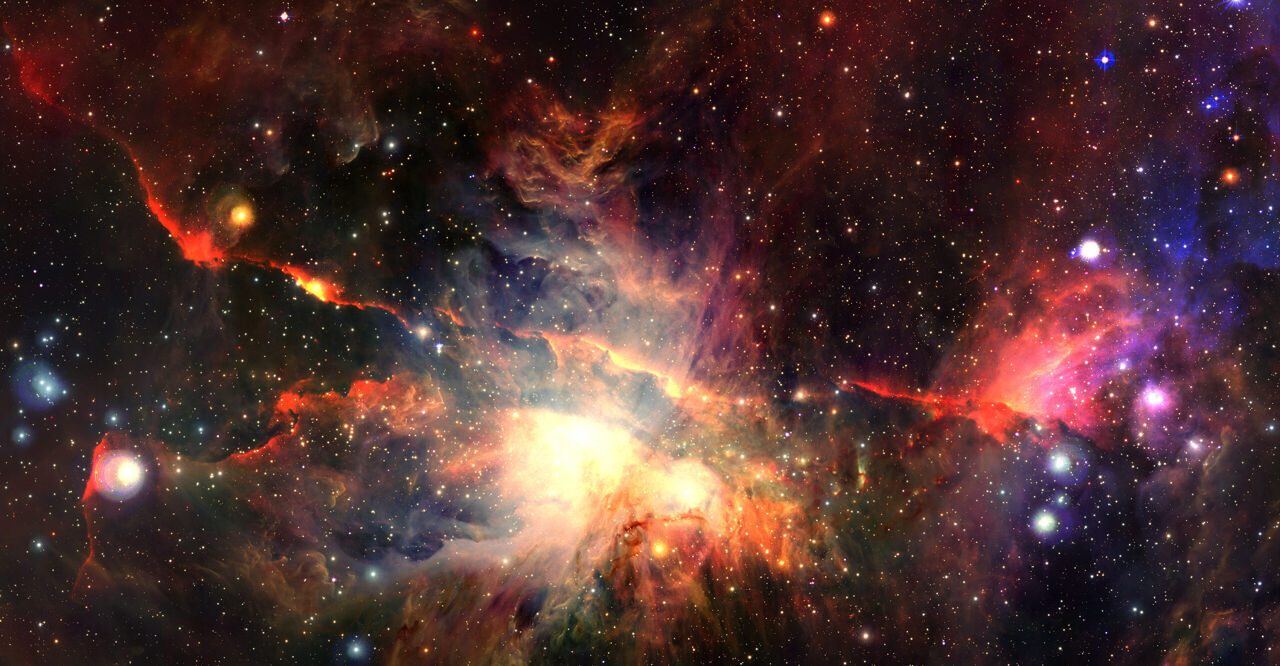 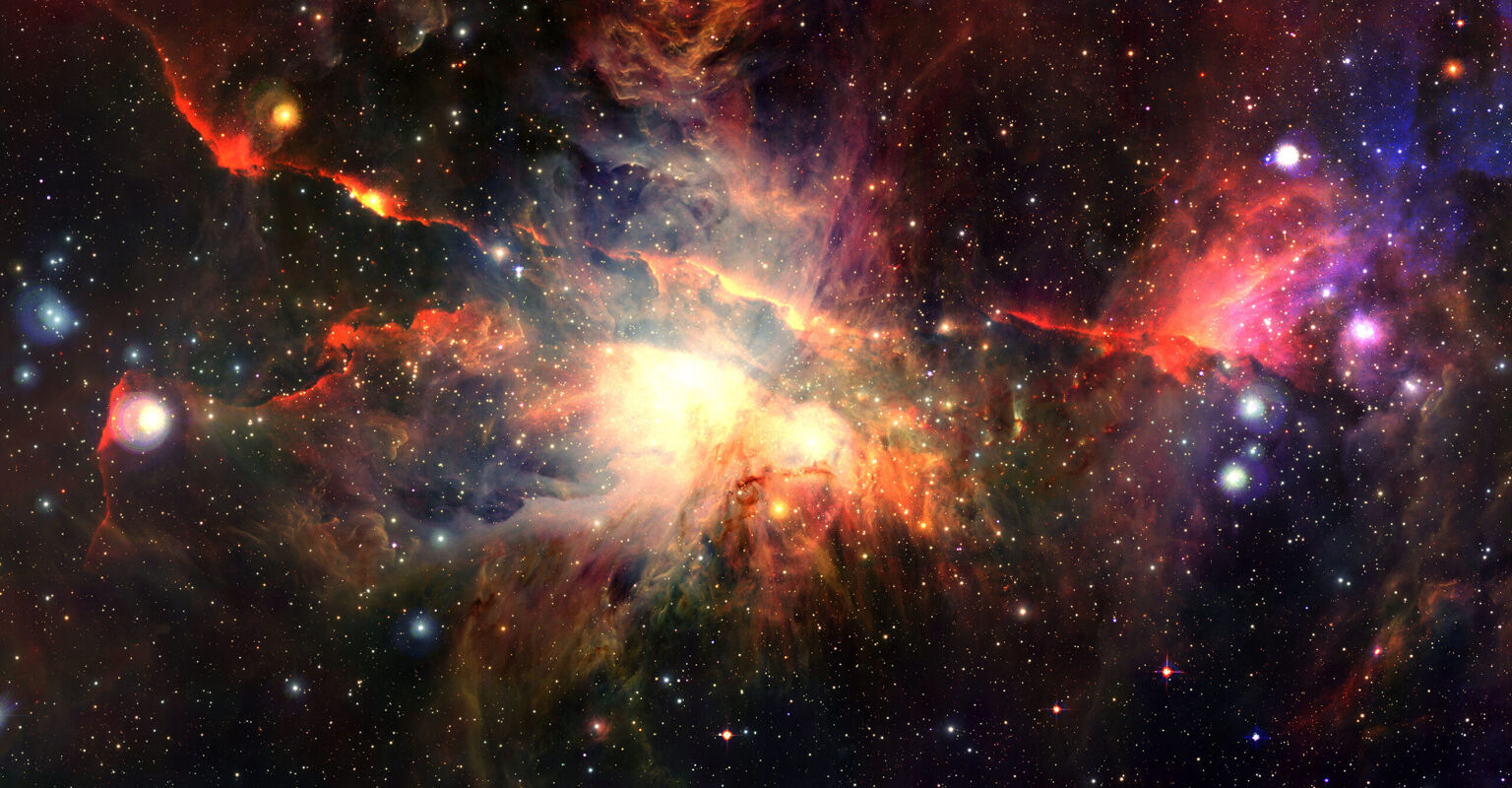 “All these stars and galaxies and u think god is really spending time worrying if u a little gay” queer Twitter staple @mattxiv tweeted out in August, along with images of the Southern Ring Nebula, cloaked in crimson and burnt orange stardust. The SRN is another of the Cosmic Cliffs in the Carina Nebula: gaseous cavities plateau to give an illusion of cliffs made up of glittering hot young stars and stellar winds.  The James Webb Space Telescope (JWST) currently circling the Sun in our solar system beamed back images this summer that shocked many of the scientists closely involved in the project. It’s a shame that a masterpiece in space exploration suffers from the ultimate name fail.

all these stars and galaxies and u think god is really spending time worrying if u a little gay pic.twitter.com/gBIYCrafgd

The namesake of the 10 billion dollar piece of scientific ingenuity,  former NASA Director James Webb, was a co-conspirator and cog in the overall systemic firing of government officials accused of “sexual perversion” during the Lavender scare of the mid-20th century. Webb was one person within the complicated social constructs of the 1950s and 60s—many of which still exist today. Even then, queer scientists fought for a right to be heard. In 1957, Frank Kameny went to court after being fired from the Army Map Service of the U.S. Army for being gay. He lost, but the suit considered one of the first civil rights cases to be fought on the premise of sexual orientation.

It’s a shame that a masterpiece in space exploration suffers from the ultimate name fail.

The name of a homophobe can’t negate the work of others, and the JWST Project was and continues to be a multinational effort across thousands of team members. Until people in power change their minds and decide to rename the telescope, we’re sadly stuck with the unfortunate name fail. But that shouldn’t stop gay people from celebrating these fresh looks into the universe. Here are three reasons why our community has reason to celebrate these glitter bombs from space.

Queer people (surprise!) work for NASA. Troy Lee Hudson, aka ScienceDaddy on Twitter, is an engineer with NASA’s Jet Propulsion Laboratory and key contributor for the Mars’ InSight mission. He went viral when clips of him celebrating the landing of the rover proudly wearing his Pride Flag pin started circulating in 2018. Dr. Jane Rigby, astrophysicist and key researcher and collaborator for the JWST project, was awarded the 2022 LGBTQ+ Scientist of the Year Award from Out to Innovate. The contributions of queer scientists, both directly and indirectly involved in the project, can’t be disregarded over a name. “When I was a student, all through college, I wasn’t aware of any LGBTQ role models,” Rigby told Out to Innovate. We can elevate the names of these queer scientists when talking about the Webb telescope: honestly, if we don’t, who will?

The gay community also has an opportunity to uplift other contributors to the project that are also marginalized in our society, such as Gregory L. Robinson, the Director of the JWST project and one of the few Black men in space exploration. When Robinson took the Director position in 2018, the project had hundreds of collaborating departments, over a decade of delays, and multiple threats from Congress to scrub the whole project. Like any sane person, he declined the director position twice. But between 2018 and launch day on December 25th, 2021, Robinson directed teams into completing what many believed to be impossible. When John Mather, a Nobel Prize-winning senior project scientist on the project, was asked what art he finds inspirational he “thought of ‘The Creation of Adam’ on the Sistine Chapel’s ceiling. Then he thought of Webb.”

“Along with my fellow scientists, I’ve been thinking about the James Webb Space Telescope since 1995,” writes astrophysicist John Mather. “To build such an engineering marvel, Gregory L. Robinson channeled the forces of human nature and ingenuity” #TIME100 https://t.co/OBMtdySbbx

2. Queer Astrology on the Rise

The interstellar images being beamed back to Earth from the floating, tennis court-sized telescope have continued to amaze Earthlings everywhere, and the wonderment continues with the recently processed images of Jupiter revealing gaseous iridescence of blues, purples and grays complete with a multicolored halo. The image resembles something concocted from a queer space geek fever dream. Jupiter is, after all, the bringer of prosperity and expansion in the ancient tradition of astrology. Queer astrologers are on the rise, and images produced by the roaming, souped-up binoculars may make an appearance at your next spiritual awakening or horoscope reading.

The contributions of queer scientists can’t be disregarded over a name.

Astrology as a practice is complicated. Historically, it’s been homophobic, sexist, and racist in its interpretations of life guidance based on planetary moments. Today, it’s a commodified industry worth 2.2 billion that tends to prey on emotionally vulnerable people. “Astrology is taught by human beings and human beings are really flawed and grow up in systems that are not great,” says Oprah’s Resident Astrologist, Chani Nicholas. Nicholas and other queer astrologers seek to reinterpret the meanings of “feminine” and “masculine” in the zodiac for the gender nonconformist of today.

“To understand these things outside of gender binary roles that have been assigned from patriarchal societies takes some work, but luckily not that much work,” Jessica Lanyadoo says in her “Queering Astrology” episode of her podcast series Ghost of a Podcast. She’s part of a new community of queer astrologers dropping the gendered identifiers of planets that find their way into horoscope readings and natal chart creations. Now, such gay gamechangers seeking holistic readings of stars are seeing their celestial guides up close in multicolored filters.

One of the most interesting things about the JWST is that it can see things that our low-grade human eyes can’t. Equipped with four specially equipped infrared cameras, Webb detects the “unseen” waves of energy outside the range of the visible spectrum of human sight. As the universe continues to expand, the energy emitted from space debris and objects transition from the visible light spectrum into infrared, which allows scientists to track this ever-increasing expansion.  With layered composites from both Webb and the optical telescope Hubble, the final products are astonishing images like the Phantom Galaxy in our timelines.

This process of seeing energy that our human eyes can’t is a beautiful metaphor for the unseen experiences that make up who we are as people. We carry these invisible experiences with us everywhere: they make up who we are in the present as queer people. Much like the layered images of the cosmos being produced today, when these past experiences can live and have value alongside what is visibly seen, we get to live in authenticity.

So let’s celebrate it. Call it something else: “The 10 Billion Dollar Project.” “The Kameny Seeker.” “The Gold-Plated Explorer.” “The Giver of Cosmic Swirls.” Or nothing at all. Just don’t miss out on the ride into the universal past.

Names can be changed: the opportunity to honor the dedication of many and make these images iconic is now. ♦