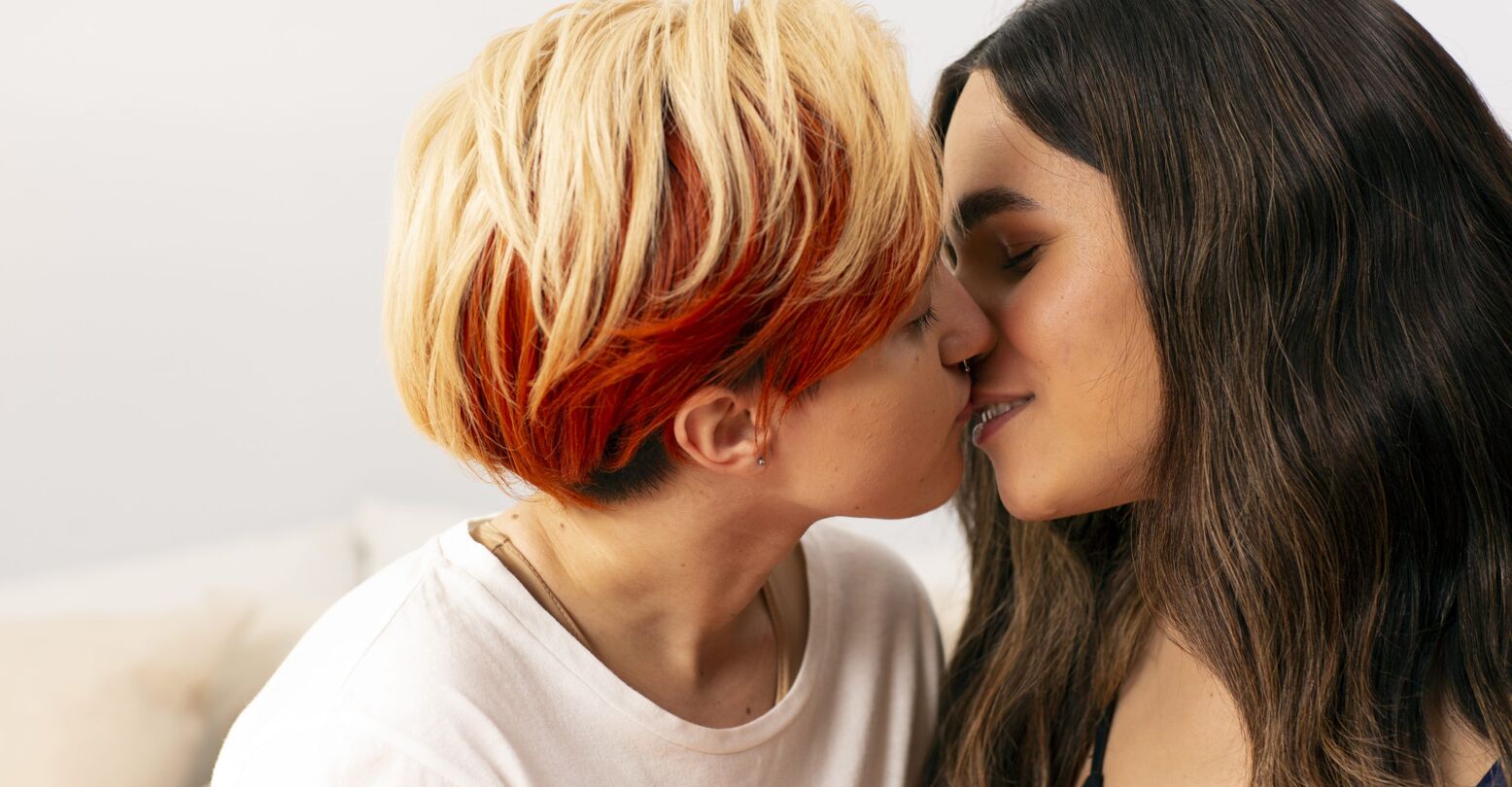 2021 was a year of uncertainty for everyone, and that of course extended to the capability of hooking up. Despite the continuance of the pandemic to varying degrees across society, casual sex remained a constant — and necessary, if we’re honest — component of keeping the globe spinning.

One of the central places where that constant was facilitated for queer people was the Grindr app, of course. They released their annual Unwrapped data round-up last week, and there was one persistent theme amongst the info. One that shouldn’t be surprising, but is sort of telling: the importance of kissing.

Both one of the top hashtags across Grindr’s tens of millions of users — #kissing — and the top song — “Kiss Me More” by Doja Cat and SZA — revolved around lip-locking. Even the data Grindr chose to share in of itself — the countries with prevalence among users in open relationships, what features and interactions are most common in American cities — illustrated how basic intimacy or facial familiarity is, even amidst a viral pandemic.

To some, it may seem like a huge nothing burger that people still want to make out before/during casual sex, but it is not as much of a given, especially depending on the crowd and community you’re looking amongst. Taking a stroll down the Grindr subreddit can show you how persistent and wide-ranging feelings on the notion of kissing can be. Some people still caution against kissing hookups goodbye, because it may give the wrong impression, or hookups ending right after kissing for the first time with little to no explanation, or think saying they’re bi instantly explains they’re not open to kissing(???)

Coupled with the fact that there’s a potential for risk every time you share air space with someone, it would seem that kissing would have continued to be on the decline in casual sex realms. After all, several people hooking up at the beginning of the pandemic staved off the virus by keeping masks on throughout, as sexual health experts and epidemiologists around the world recommended.

Yet, the still-universal signal of affection seems to have made a return last year, which pro-intimacy purveyors can rejoice in. It’s not just the prevalence of the #kissing hashtag, either: other shared affectionate activities were featured throughout Grindr’s Unwrapped, too: #cuddling was also a top hashtag, as was #fwb (for the uninitiated, friends with benefits), users added over 5 million “favorites” to keep tabs on, and Adele’s song “Easy On Me” was a top song as well.

Of course, that’s not to say that the entirety of Grindr users are looking to share intimate moments or feelings. Over 1 billion taps were sent, another top hashtag is #discreet, and Lil Nas X’s “Montero (Call Me by Your Name)” was another top song, too.

What does this all mean about Grindr, hookup apps, and the trends we may see (or not see) amongst casual sex-seeking queer people? Who knows! Grindr’s data was not a full report or made for scientific examination, so we won’t read into it too much.

But we think it’s safe to say that there’s too much uncertainty around us to waste time not getting what we really want out of our sexual lives. Don’t hold back your desires because it may not seem like a popular thing at the moment.

Editor’s Note: Grindr is the former owner and operator of INTO, which is now owned by Q.Digital.