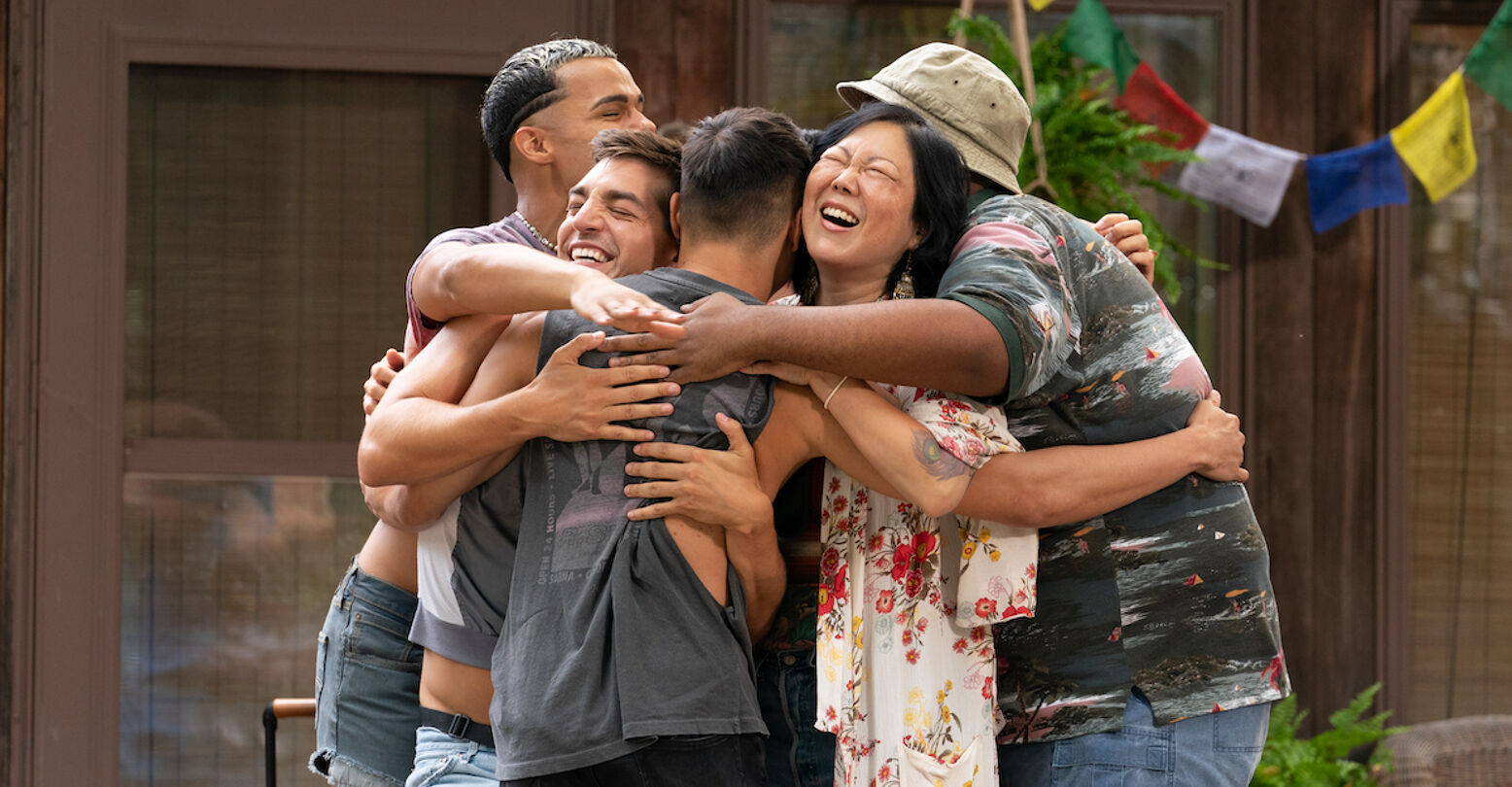 There’s a movie out called Fire Island. You may have heard of it. It stars Joel Kim Booster, Bowen Yang, and Margaret Cho, it’s certified fresh on Rotten Tomatoes, and everyone is raving about it online. Well, not everyone.

So @hulu #FireIslandMovie gets an F- on the Bechdel test in a whole new way. Do we just ignore the drab lesbian stereotypes bc cute gay Asian boys? Is this revenge for all those years of the gay boy best friend?

This tweet from writer Hanna Rosin sent Twitter into a frenzy. But why? Well, Rosin is talking about the Bechdel Test. Made by and named after cartoonist Allison Bechdel, the test measures the representation of women in fiction using three criteria, per its site:

(3) something besides a man

Well, the interesting thing about Fire Island, which is based off of Jane Austen’s Pride and Prejudice, is that it centers gay Asian men. So, out of all of the movies to call out with the Bechdel Test, a movie that finally centers the experiences of gay Asian men on a large platform gets called out instead of several movies that came out this year that do not focus on a marginalized community and fail the Bechdel Test –  like Top Gun: Maverick, according to the Bechdel test site.

So, the tweet comes off as a reach to decenter a film that was designed to center a marginalized group, it also comes off as trying to pit two marginalized groups against each other, and the use of the phrase “cute gay Asian boys”and its context is condescending. Needless to say, this could’ve been saved for the group chat or, better yet, not said at all.

Regardless, people on Twitter had a few things to say to Rosin:

“How come this film about Asian gay men (a group never centered in a mainstream movie before) is not also about MEEEE?!?”

This goes so far beyond bad and deeply out of touch that it spirals into cruelty and racism. This is the worst thing I’ve read on here today, and on a day when people are retweeting Matt Walsh all day long, that speaks volumes.

Yes. The representation of gay Asian men in this movie is but a thin veneer under which a nefarious plot to slander lesbians is lurking.

I think it’s pretty cool that there’s finally a movie centering gay Asian men and their experiences. Maybe that should be the takeaway?

Hanna this is tiresome because it’s not a good faith application of the Bechdel test, or rather, FI fails rather intentionally.
You know that, so it feels like this is mostly for the reaction, because surely you’re aware that gay Asian men are rarely/never centered this way.

you don't have to tweet everything you think. you can instead think about the ways in which you center yourself in situations because you feel entitlement and examine how you can become a better person.

Twitter peeps have spoken and they said what they said.