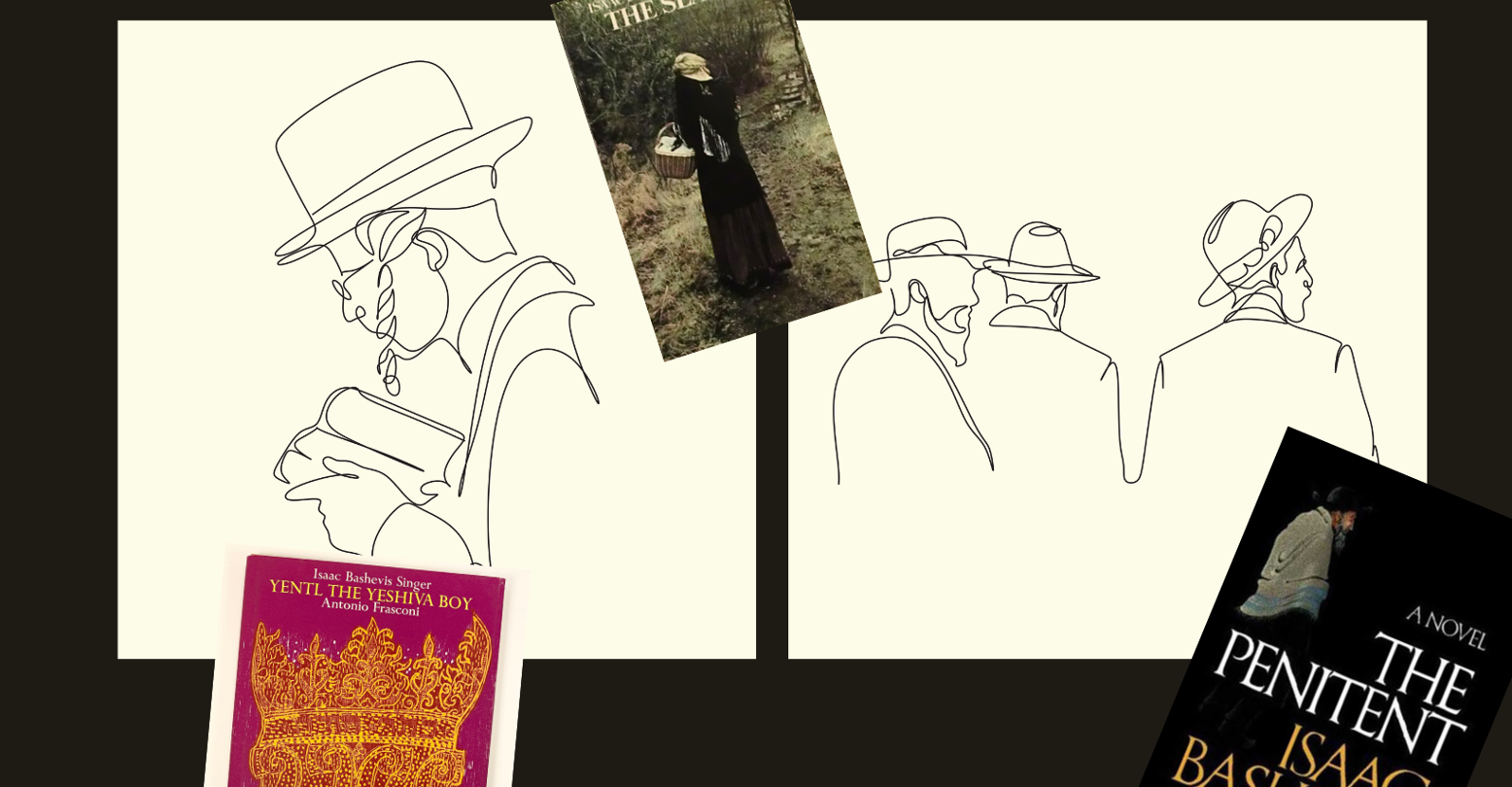 When I was younger, my father would routinely yell at God. He did this mostly when the weather was bad in the summer and stood in the way of his grilling ritual.

We’d get home and he, fuming, would go into the bathroom, shut the door, and scream at God. At some point, I made the promise that all sons of imperfect fathers make: to never be like him.

Nevertheless: in the past few years, I’ve started talking to God.

It’s a one-sided conversation, of course. We never really talk to God—we talk at God. Some people claim to have a running dialogue with God, Allah, Hashem, whoever. Not me: I always assumed this is because I don’t really believe in a God at all. But I talk to one.

It started, I think, a few years ago, when I began reading the works of Isaac Bashevis Singer. The Jewish writer best known for writing “Enemies: A Love Story” and the short story “Yentl the Yeshiva Boy” was a prolific writer, a harvester of tales and traditions from the old country. By writing about his faith and those who practiced it, he sought to honor the communities and villages that had been destroyed in the Holocaust. His project was one of excavation, and while few of his works involve any recognizable God figure, they are chock full of demons, dybbuks, and ghosts. In Singer’s stories, the dead stick around, and demons are never far from sight. There is no such thing as religious purity for Singer, but there is such a thing as the soul.

It’s the soul part that I like the best, out of any religion. The idea that we are not (at least, not entirely) our bodies. In Singer’s 1962 novel “The Slave,” the writer describes a Pagan convert who isn’t accepted by her Jewish community, but who bears “the soul of a Jew.” Singer believed in the soul as a limitless thing, as not belonging to the constraints of any one body or gender or religion: some souls found themselves in the wrong bodies, such as Yentl’s, who, as the narrator of that story explains, had the “soul” of a man despite being assigned female at birth. It was through Singer that I started to understand the part of Judaism that I relate to most closely: the part that encourages an obsessive, endless questioning of scripture, a need to revise and reinterpret and probe, constantly, the things we “know” to be true.

There is no such thing as religious purity for Singer, but there is such a thing as the soul.

Compared to the rigidity of Christianity—my father’s religion—it felt a lot more welcoming. But the reality is that I’ve always felt Jewish, even when I didn’t understand what that actually meant. I always identified with the cultural earmarks of Jewishness: the anxiety, the fear-based thinking, the terror of doing something wrong and being forthwith smited. The need to take precautions, to never count your chickens before they hatch. The paranoia and self-hatred.

As a kid, I wanted desperately to be religious. It was a way to get closer to my father, to break into his world. But the words were empty to me, and everything seemed ridiculous. I didn’t understand the idea of God or an afterlife: I was too preoccupied by death and all the possibilities surrounding it. Christianity has a fairly firm grip on what it believes hell might look like: it’s hot, it’s fiery, maybe there are devils with pitchforks, and maybe everyone’s punishment is specialized. But even within that, there can be disagreement. Dante’s hell isn’t the hell of Jonathan Edwards, and in popular culture visions of purgatory can range anywhere from a dentist’s waiting room to “Severance” to a “No Exit”-type stage from which no actor can ever leave.

I didn’t need to know about hell, because I already understood what it was. Hell was what happened in my brain every day. I was already there. I figured it couldn’t possibly get worse: something that Judaism and every Mel Brooks movie warned me against believing. Jews know it can always get worse. Especially Singer’s Jews, who are always prepared for the hell of the everyday: they’ve been through it so many times.

What I was searching for as a kid and teen, I think, was a way to explain what was going on in my head. I wanted religion to absolve me of my mental health problems, or at least make sense of them. But nothing that those religions doled out held any comfort. Everywhere I looked, it felt like the same sh*t. Everything was God and death and morality. Nothing could give me what I wanted: some kind of way of living that wouldn’t hurt so much.

I guess you’re supposed to be excited about dying if you truly believe. You’re supposed to want to leave this mortal plane and go towards somewhere better. But that attitude, to me, has always felt suspect: as queer and trans people, so much of our lives are focused on making things better in this world, on this plane. Some people devote their entire lives to it, only to be met with vitriol from Westboro Baptist types whose identity is so tied up in religion that they can’t stand other people not falling to their knees in worship every five seconds. It doesn’t matter if there’s an afterlife or not: hell is here, it’s man-made. The best writers, filmmakers, and storytellers know that. Isaac Bashevis Singer knew it, and he lived it. His work was his way of talking to God—not, perhaps, to make sense of what had happened to his people (who could?) but to try and figure out what’s left to be said to someone who has already, consistently, failed you, time and again.

If any of us still talk to God, it’s not to ask for mercy or forgiveness. It’s to apologize, I’d hope, for all the horror people do in his name. And to wonder why it continues. ♦