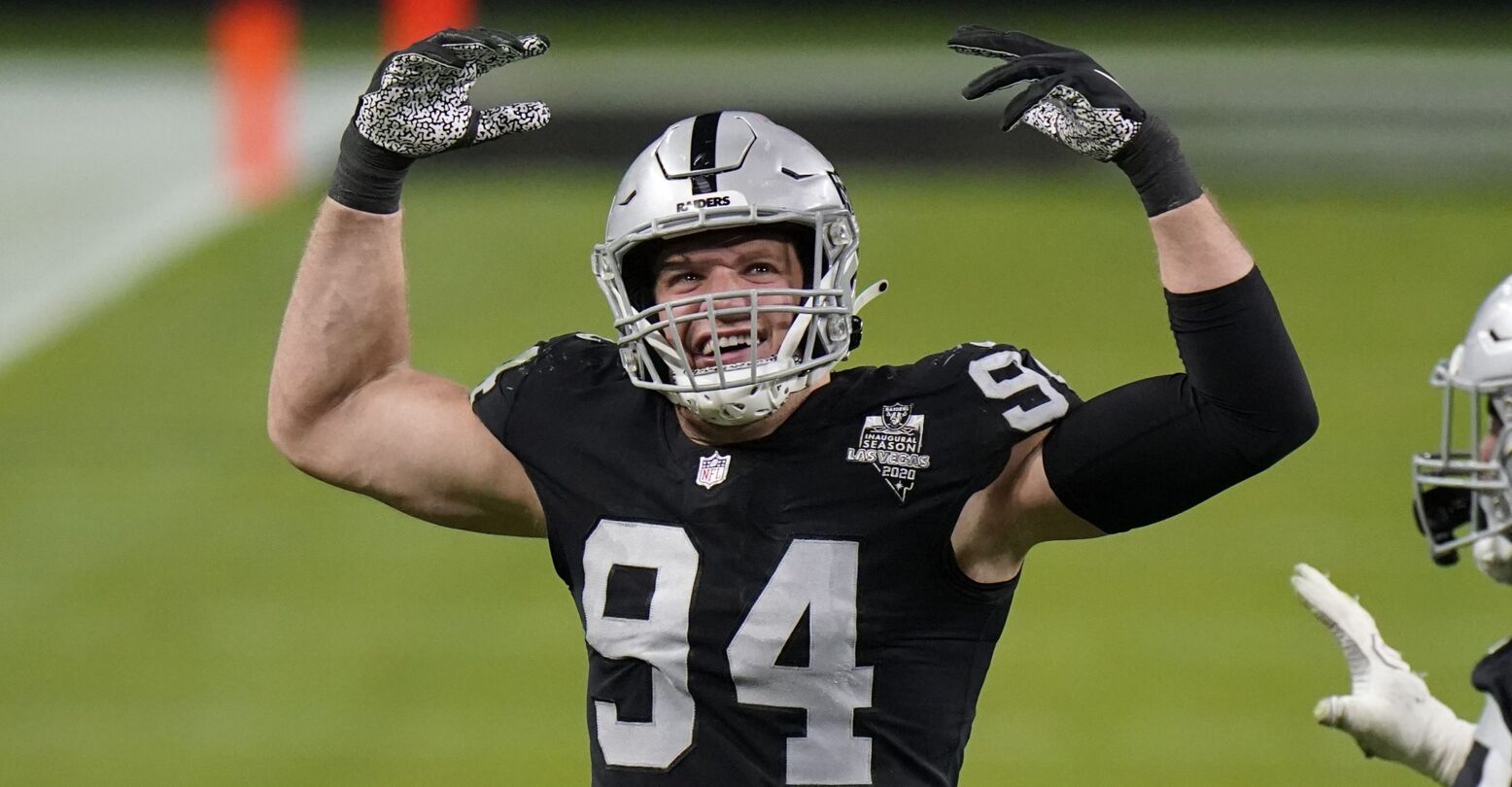 It’s official: Carl Nassib has been signed onto the Las Vegas Raiders season roster, making him the first out NFL player on a regular season team. Because Nassib was already in the middle of a three-year $25 million contract, the signing doesn’t come as a complete surprise, but it is still history in the making.

Last June, Nassib took to Instagram to announce his coming out, at which time he also donated $100,000 to the Trevor Project.

The NFL matched his donation and posted their own response on Instagram, pledging: “We proudly support the LGBTQ+ community and will continue to work alongside the Trevor Project and our other community partners to further enhance our collective work and commitment to this space.”

Nassib has since spoken out about how open and accepting his other teammates have been. “I’ve been met with nothing but love and support. It has been incredible,” he said in a press conference. “Football players get a bad wrap. But we’re humble, hard-working, accepting people. This was a great example of that.”

He was also personally contacted by starting quarterback Derek Carr after his coming out. Though a self-proclaimed “faithful man” and initially shocked by the announcement, he offered his full support. Speaking to the podcast Brothers from Another, he recalled, “”I said, ‘Man, bro, I want you to know this…Bro, if no one else has your back and no one else will talk to you, I will.'” According to Carr, Nassib’s responded, “’Derek, you have no idea how much it meant to me for you to reach out.’ He said, ‘I was hoping that you would reach out.’”

Nassib is currently listed as the second defensive end on the Radier’s depth chart. On Monday, September 13th, he is likely to make history again as the first out NFL player to participate in a regular-season game.